Life is moving by at lightening speed. I know all of my older friends tried to tell me this when I was home with small children and the days were endless, but it really is true.

Yet, I love my family and their crazy age gaps and dynamics. I am enjoying being a mom of two teens more than I thought I would be. I admit that I was still woefully unprepared to be the parent of teens in today's social media driven and entitled world. For example, I found out today that none of Jaina's friends that are still in High School have jobs. (Well, not her close friends. I actually work at the YMCA with one of her friends so I know that's not totally true!) And almost all the teens she knows have cars bought for them. Supposedly I'm a mean parent because Jaina has to earn money. I should be telling her to just concentrate on school and good grades.

Speaking of Jaina, my 16 year old has had a lot of new things going on. First of all, she started her very first job today! She's going to be a hostess at a local restaurant. She's there training right this minute!

Secondly, my friend Aimee was getting rid of her 2008 Honda Fit for a steal! We knew Jaina didn't have enough money saved up to buy it straight out, so we bought it for her instead. And it's OUR car until she pays us back. But hers to use and learn to drive on. She's doing so great! She loves taking Shaggy with her for her driving lessons! 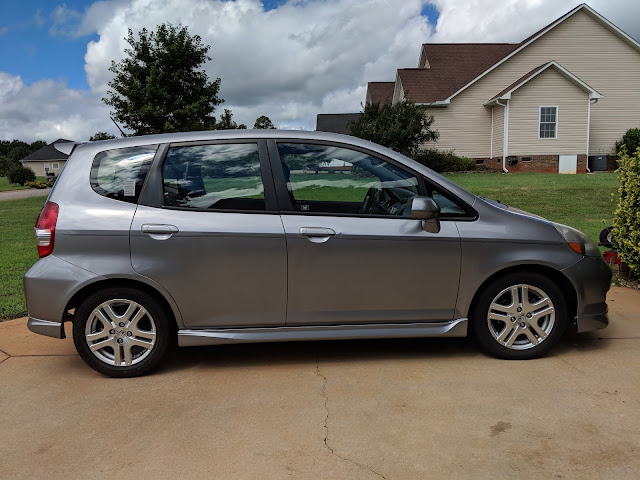 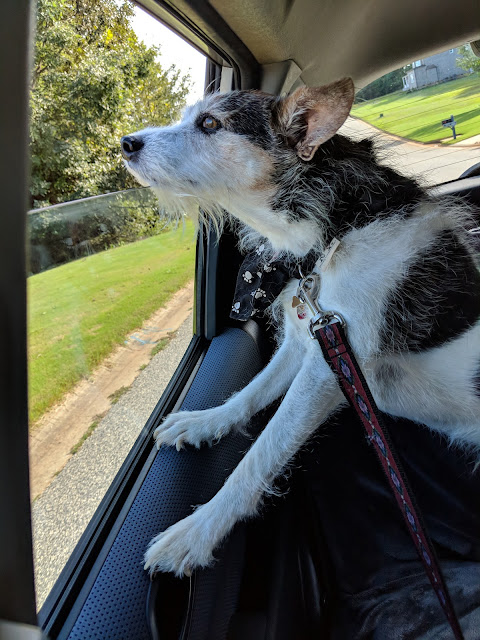 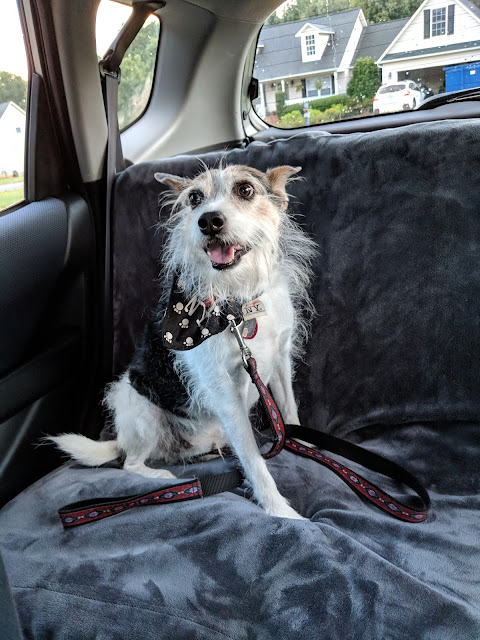 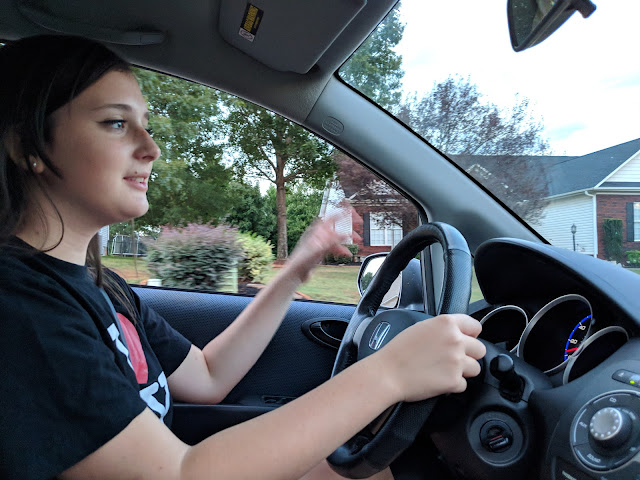 She also got a new phone, an Apple iPhone 6+, which she is paying for monthly. We pay for her unlimited data, but she pays for the actual phone. Yep, mean parents.

That brings us to Jayce. 13 years old now, has a girlfriend, games online 24/7 if we'd let him. He has a phone for the first time, too. But we got him an Android. It was MUCH cheaper and he's happy with it.  Now if only he'd stop texting his girlfriend after he's supposed to be in bed! 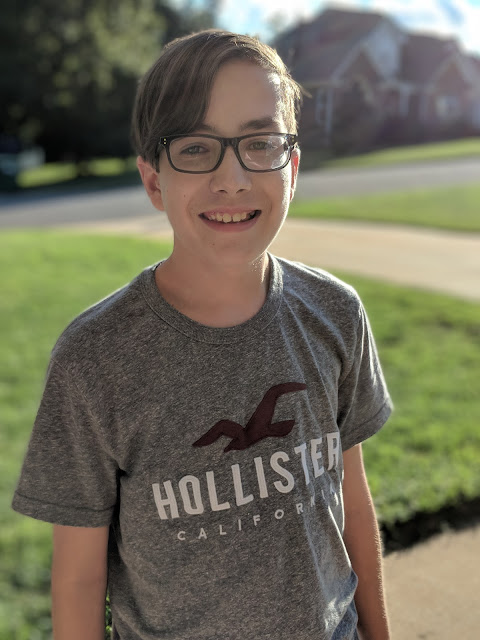 Poor Jocelyn still has the boot. We go back for a recheck on Sept. 24th. She's very sad about wearing it. 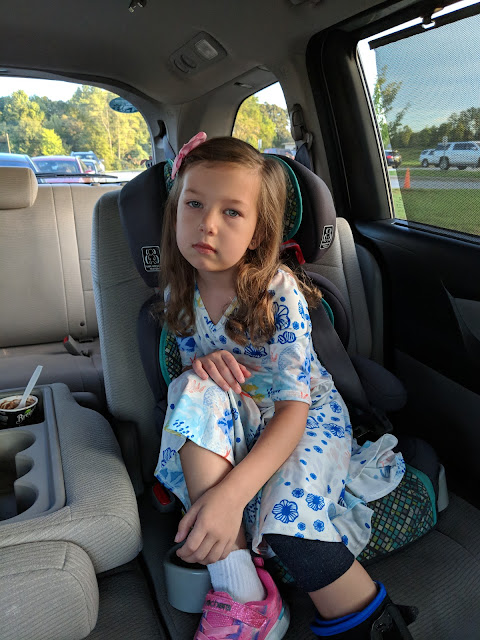 She's also very conflicted about school. She LOVES her teacher. She loves the school environment. She has made several new friends. However, she continually says she's bored. She's ready to move past all the review stuff and learn something new.

She *has* been having fun with friends outside of school, though. She attended a birthday party for her best friend Sydney and had another one of her best friends from MOMS Club over for a play date. And she went to the park to make videos with another best friend, Cecelia. 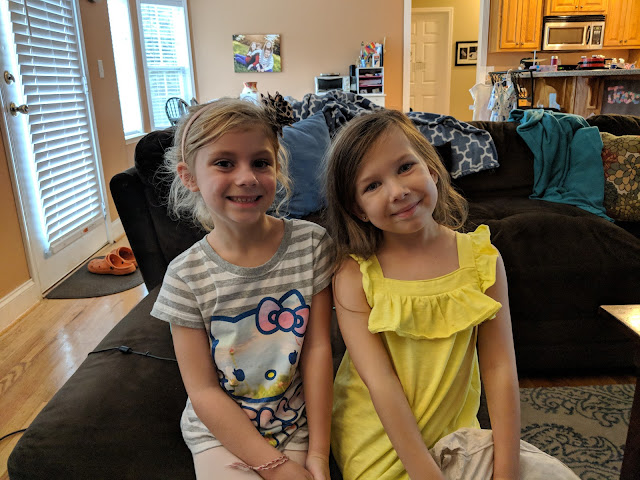 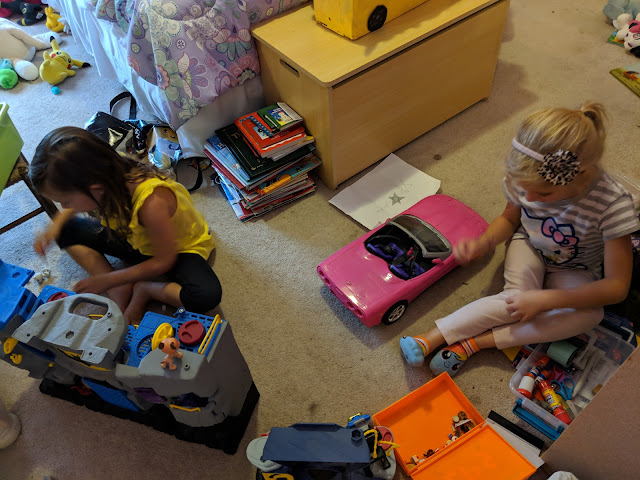 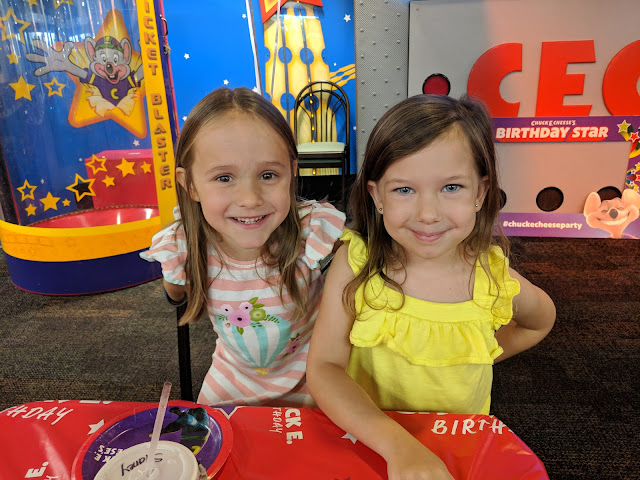 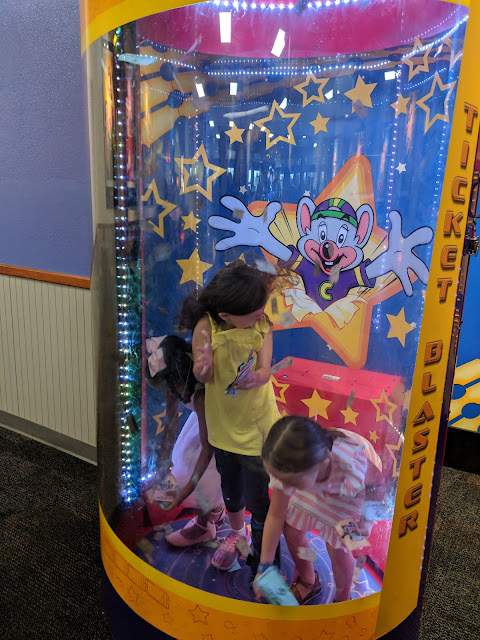 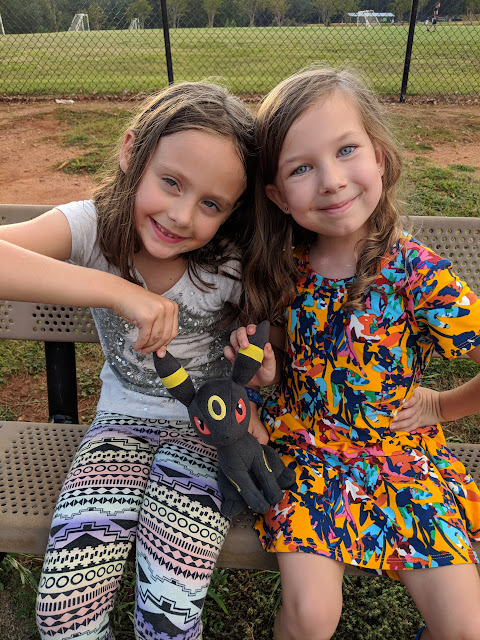 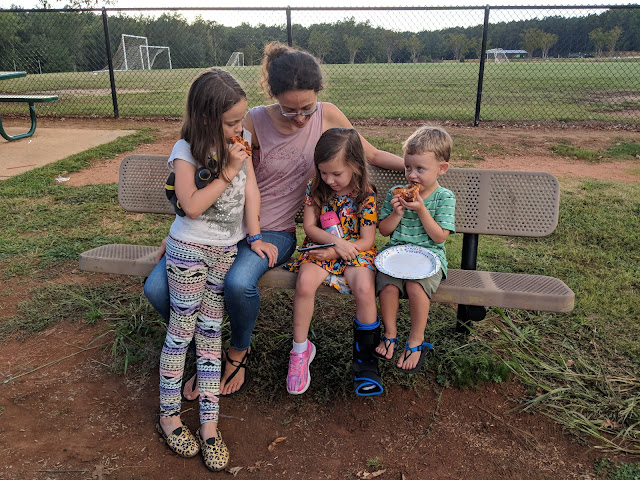 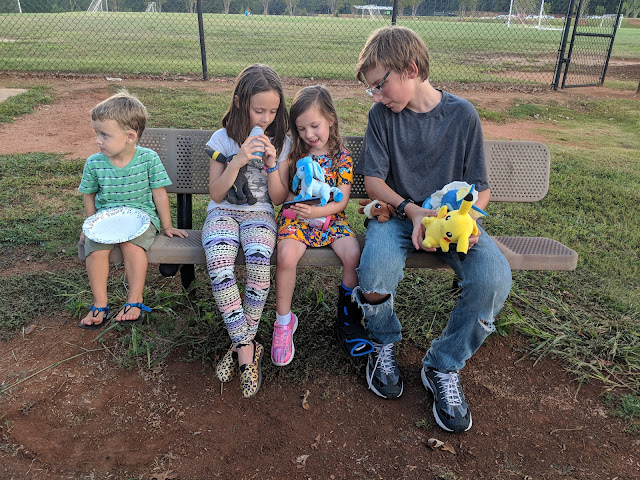 As for me and Brian, life with kids (and without) is keeping us busy. We've been playing Trivia at RJ Rockers again. This is something we did back in the day when we were just dating in 2001. It's nice to do it again! 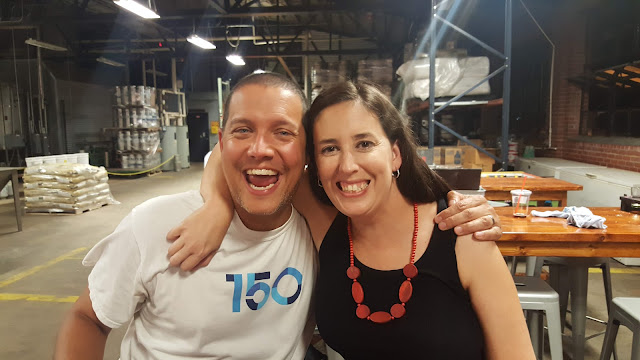 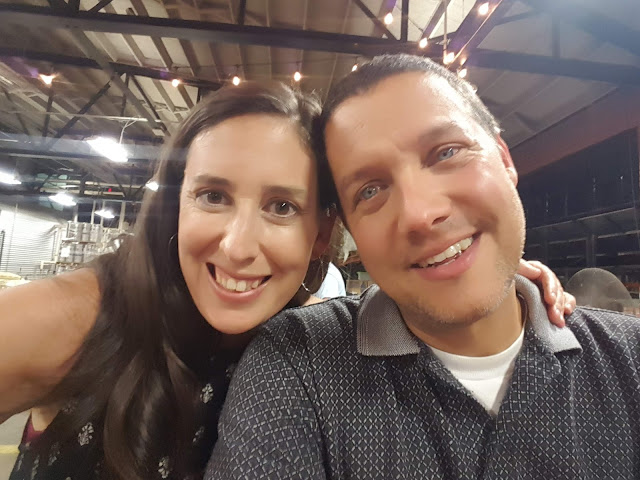 I'm working at the YMCA two days a week and busy with Smiling Down Photography on the other 5 days a week. I'm having to learn to manage my time much more efficiently and also cut down on the amount of time I spend with my MOMS Club friends. 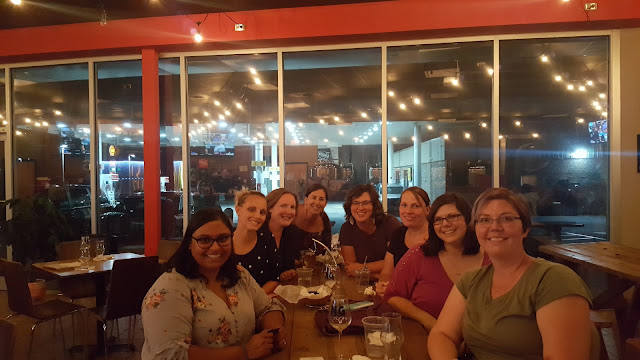 So far it's all working out okay. Just ask me if I'm still keeping it all together in a month when Fall season really gets under way!
Email Post
Labels: camera phone