January is full of birthday fun and it's not all just for Jocelyn, either :) We also celebrated our friend Logan's birthday. Joce and Logan were due a month apart, and were supposed to be born in different birthing centers in two different towns. Instead, they were born at the same hospital a little over 24 hours apart. Is that not crazy?

Logan's mom and I try to coordinate our kids' celebrations on different days if we can manage it. Luckily, this year wasn't a problem at all. We had the parties a week apart.

Danielle came up with the most creative fun party you could have! Jayce had a blast. Jocelyn? Well, she was not having it whatsoever. She refused to dress up like a pirate. She refused to play with the other kids. She then spilled soda all down her shirt and spent the rest of the party topless because she refused to wear any clothes. Hence, there is not a single picture of the party pooper. I really have no idea what got into her. She doesn't normally act like that. 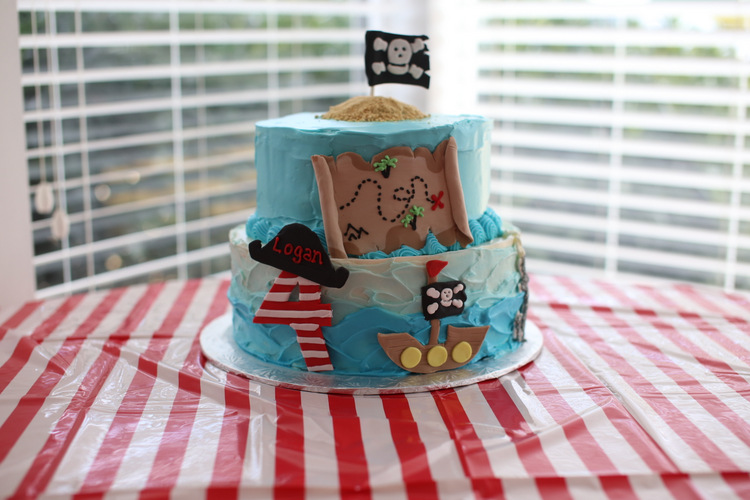 Isn't the cake amazing? Dodi always does such a great job! 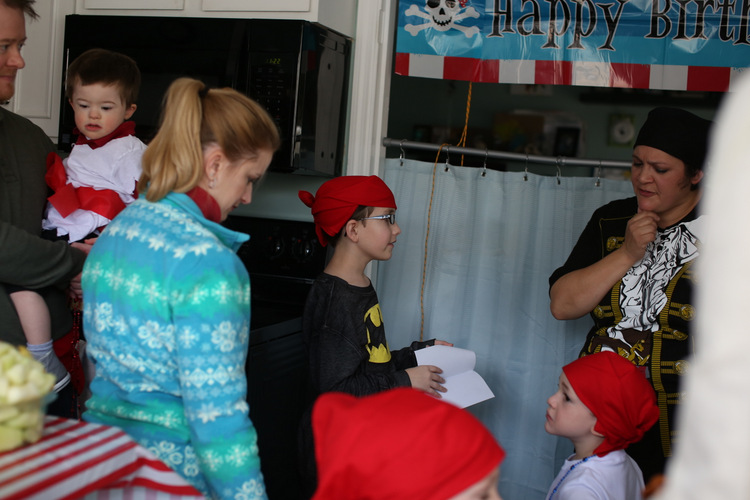 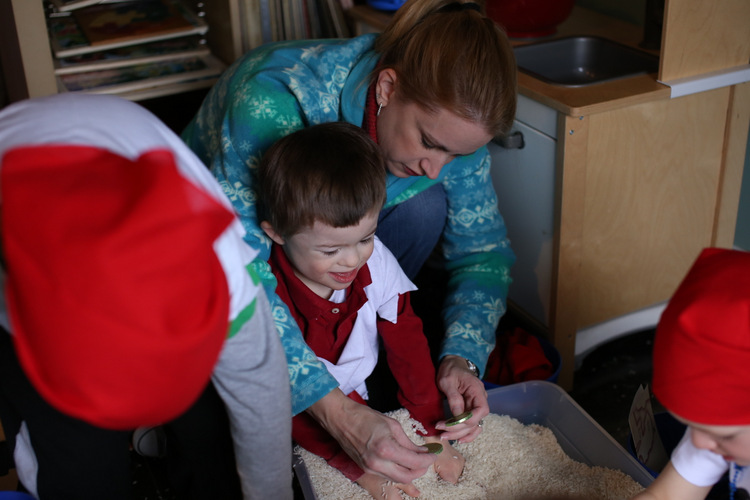 Then they had to find buried treasure in the rice bins. 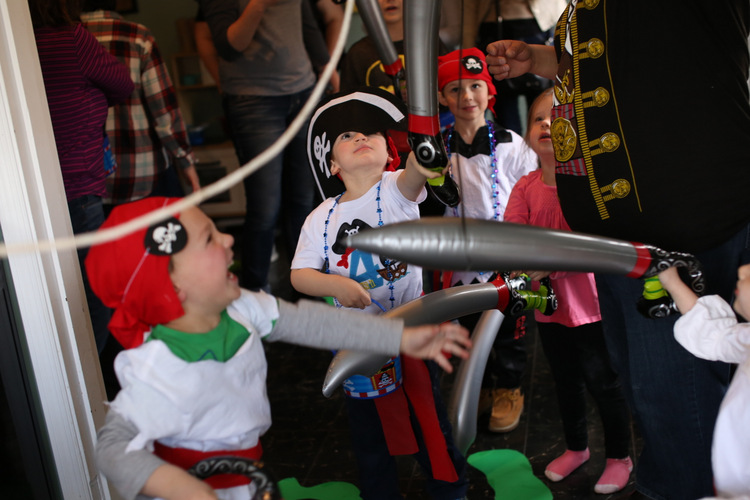 Watching the kids hit the pinata with inflatable swords was hilarious to watch :) 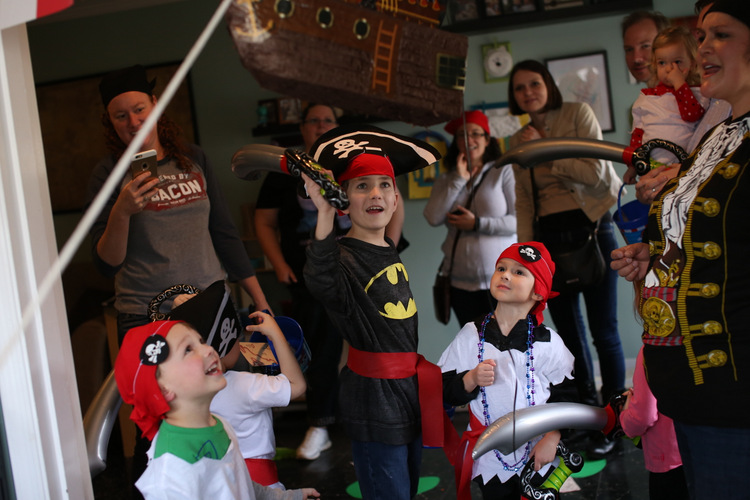 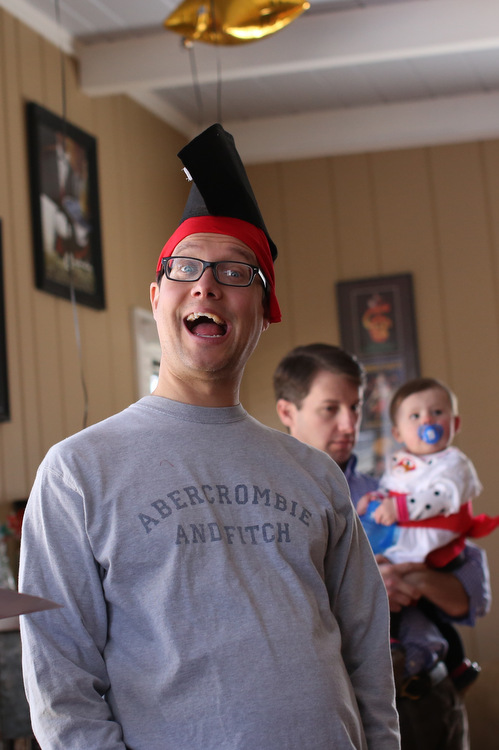 Yep, even the adults dressed up like pirates. I think Brian was going for a goofy pirate look :) 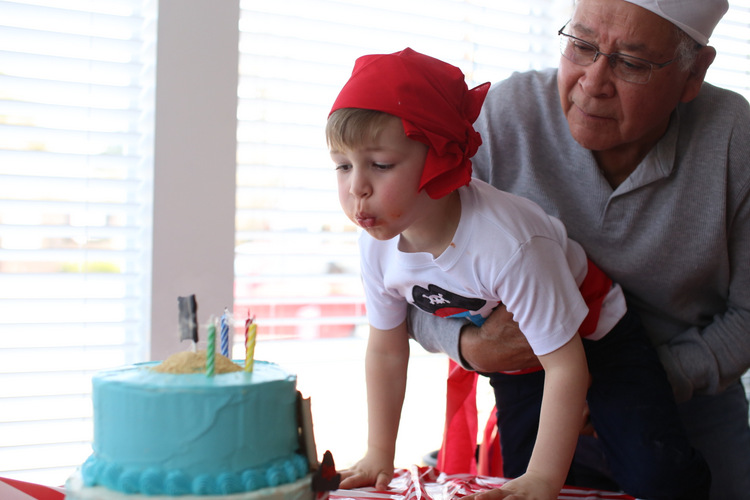