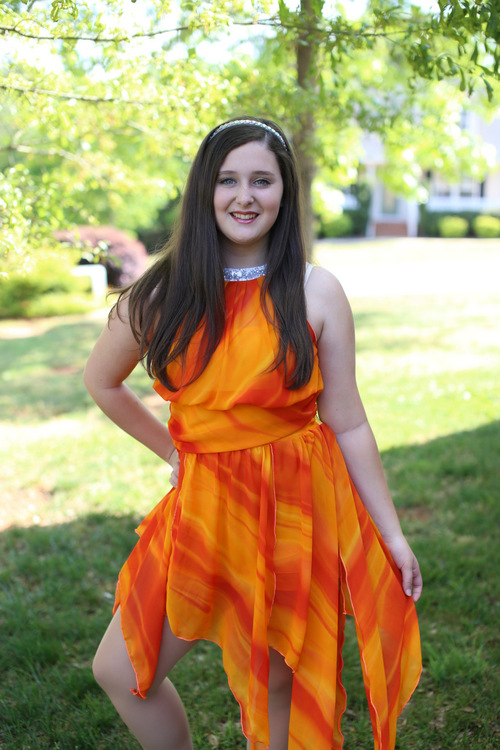 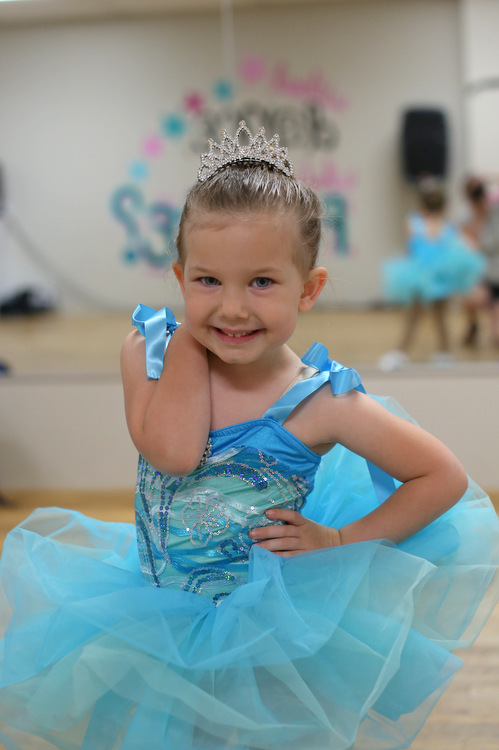 This year we had TWO dancers to watch during the 3.5 hour long recital! No pictures or videos were allowed during the performance, but I was allowed to shoot during dress rehearsal the night before :)

I absolutely love taking dance pictures! Even if they aren't of my kids :)

The theme was Once Upon a Time and the set was adorable: 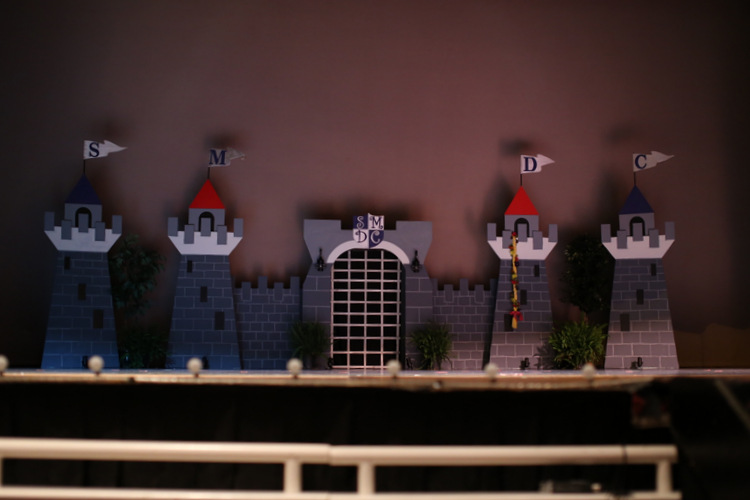 I snapped pictures of almost every act. I have no idea why... what am I going to do with all those images of people's kids I don't know? 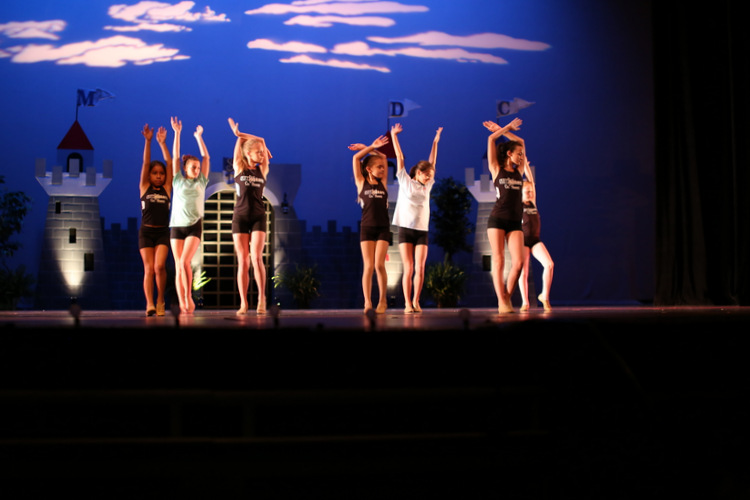 I had about 3 seconds to grab a picture of Jocelyn's class before using my DSLR to switch to video mode to record it. Of course her eyes are closed! (she's the one in the middle). 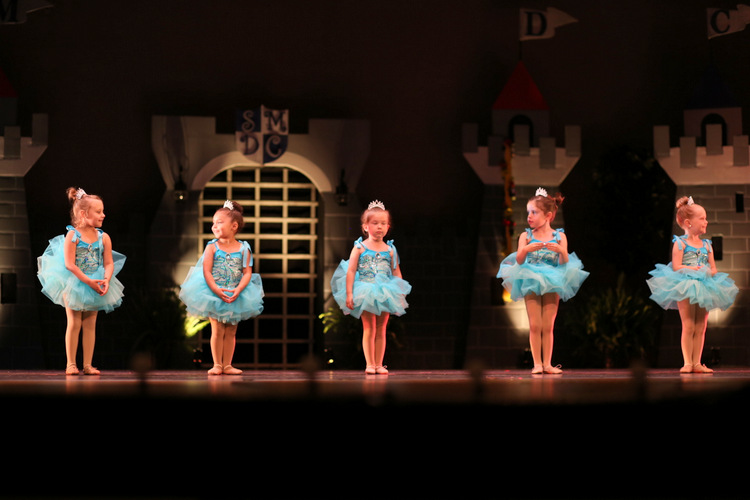 Their first dance was a ballet routine to "For the First Time In Forever" from the Frozen Soundtrack. 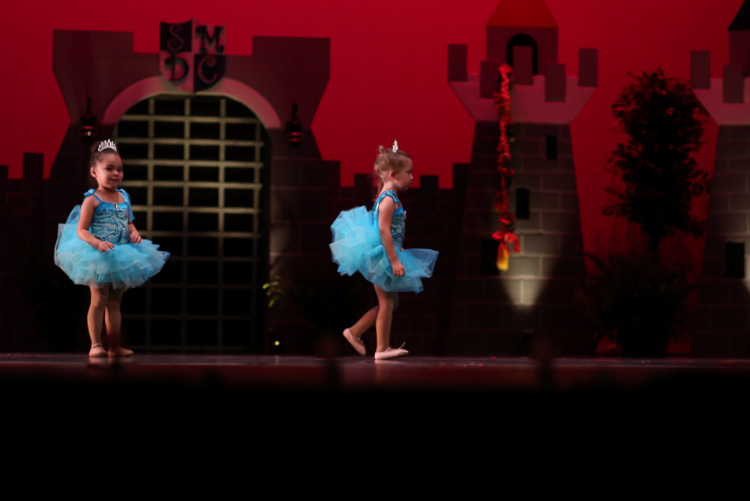 I caught this one of Jaina (in the back) getting into position before her music started. She danced to Liona Lewis' "Fire Under my Feet". 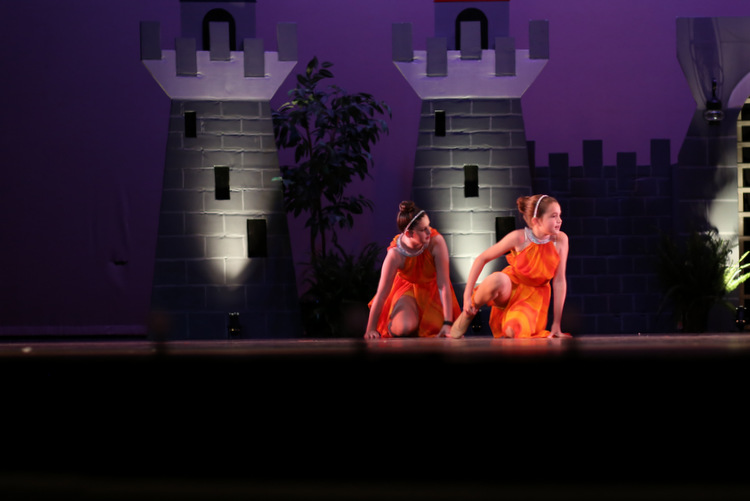 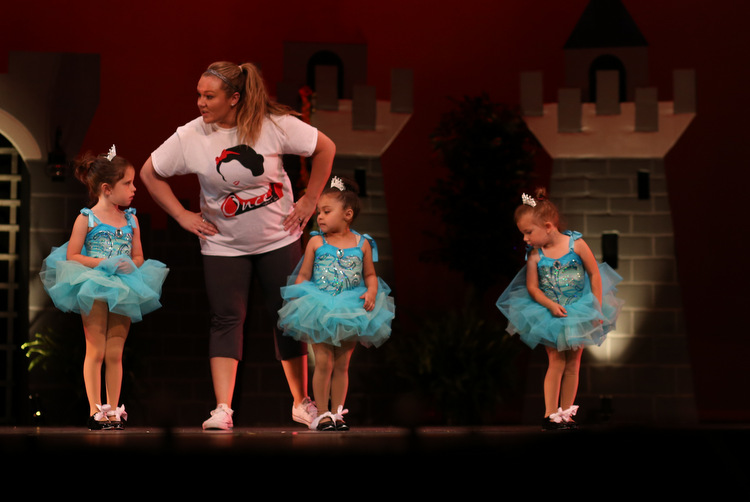 Jocelyn wasn't scared at all dancing on the big stage with all the lights. She did great!

Some pics from my camera phone before: 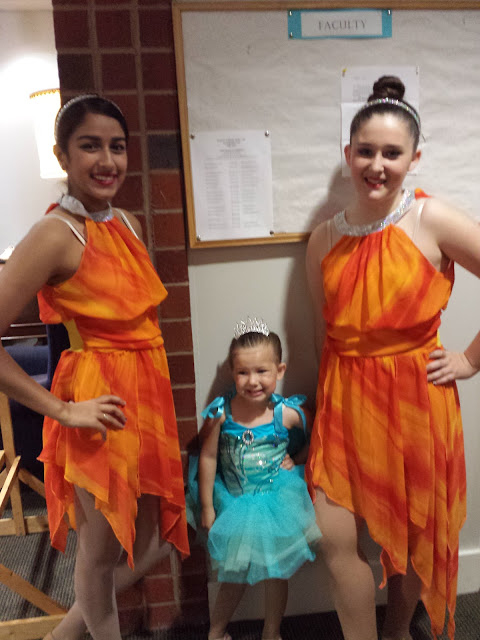 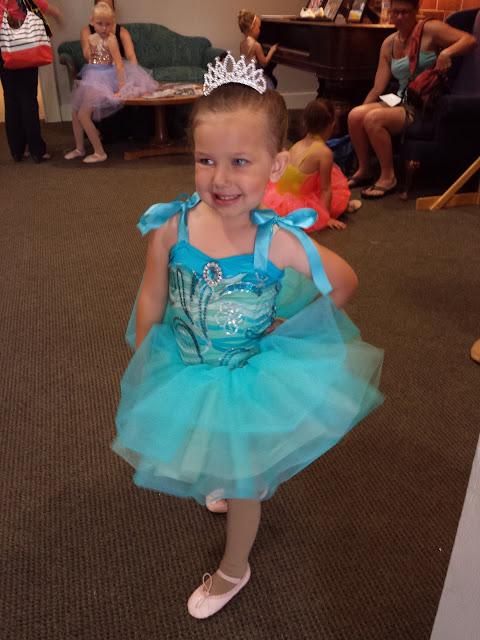 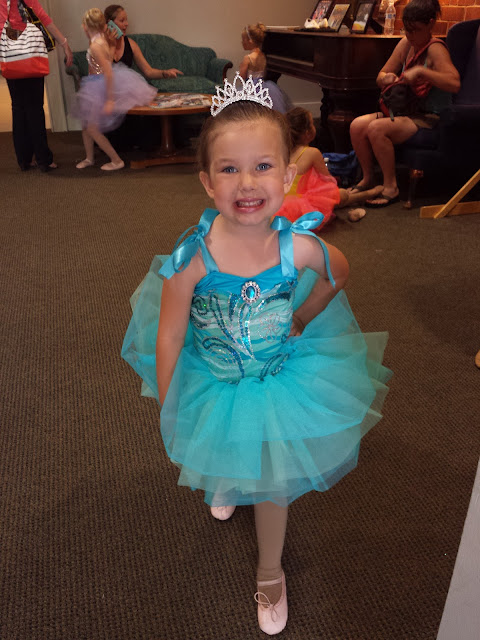 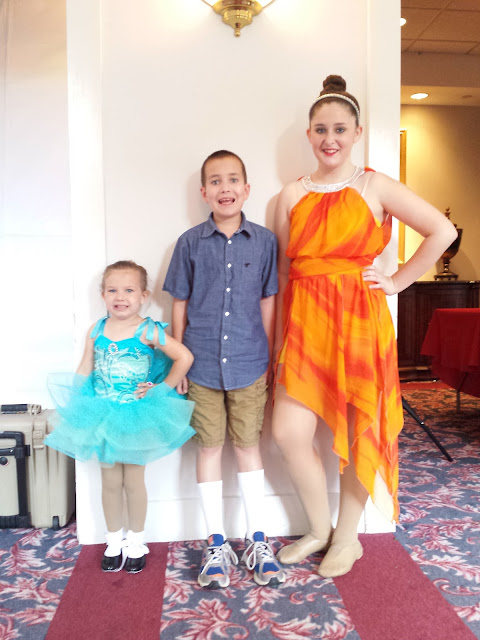 Jayce decided at the last minute to come and watch his sisters dance. He really struggled with this decision. He knew 3.5 hours was a long time. He knew he would probably not enjoy watching the other dancing performances. He knew he'd be giving up an entire afternoon of playing video games. In the end, his loyalty to his sisters won out. He did pretty well for the first part of the performance, but then started to have some sensory issues with his glasses. He needed his glasses to see, but couldn't handle how they felt on his face. And was upset that they didn't feel straight. He was pretty miserable the entire last half, poor guy.

Now that dancing is done and we are taking a break for the Summer, Jocelyn has decided to try tumbling again in the Fall. Jaina is contemplating a ballet class if she can earn some good grades the first quarter of school. This may have been our one and only recital where both girls danced at the same time. For that reason alone, I felt justified in spending all that money on the DVD :)

Tonight my google calendar reminder popped up telling me the girls had dance. I was a little sad, but also relieved because we were super busy tonight and taking them to dance was one less thing on my calendar :)

I'm sure we'll get right back in the swing of things in the Fall. For now, we'll enjoy our commitment free Summer :)
Email Post
Labels: dance