Jaina and I arrived home from NYC at 8 AM on a Sunday morning. Jaina promptly went to bed for the rest of the day, but I had some cuddle time on the couch with my Jocelyn to make up for!

The next day, Jaina was already worried about her cosplay costumes for SC Comic Con that next weekend.

Grandma to the rescue! 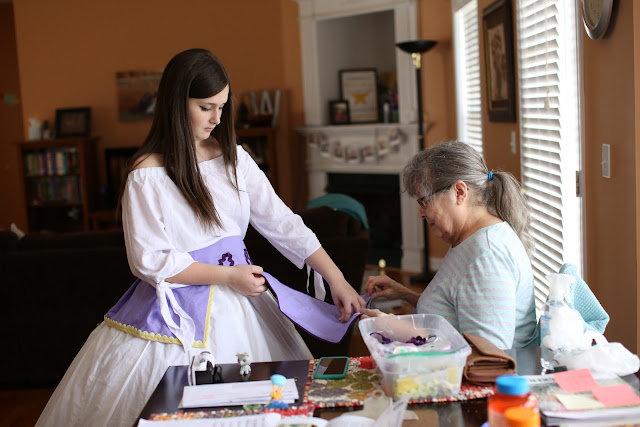 Jaina was going for this look by this character. She's Shirayuki from Snow White with the Red Hair (an anime). 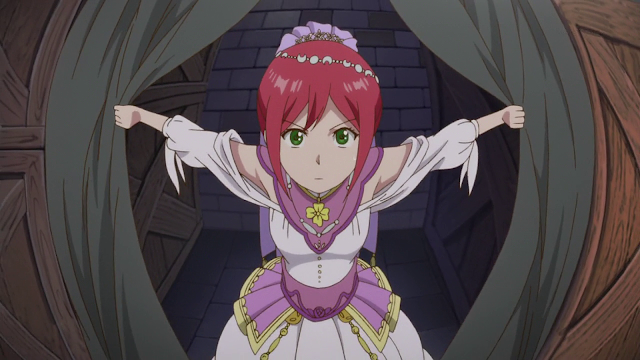 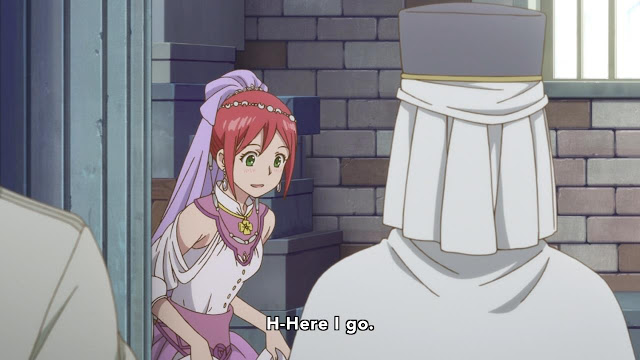 But first, she went as a character from Attack on Titans because she was meeting some friends from school that wanted her to join their cosplay group.

Our friend Sadie went with us on Saturday. She was representing a character, Germany, from the Hetalia: Axis Powers Anime. 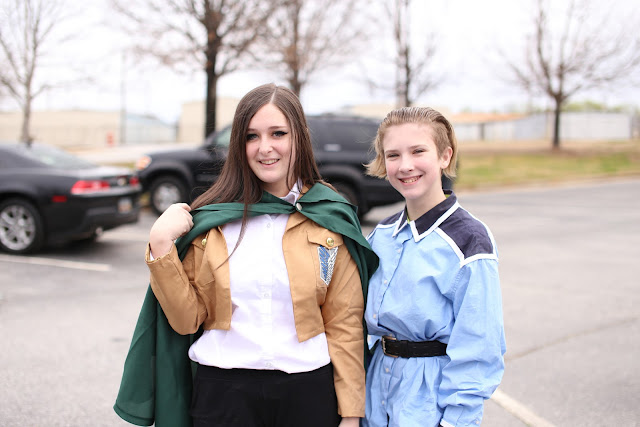 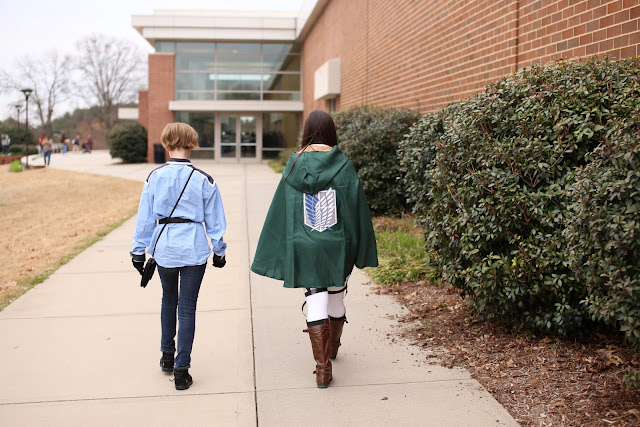 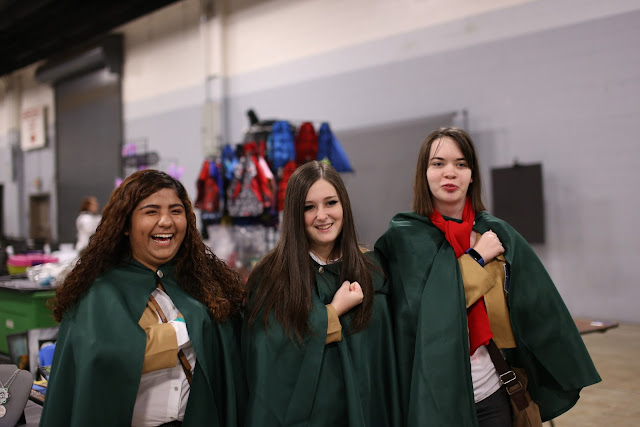 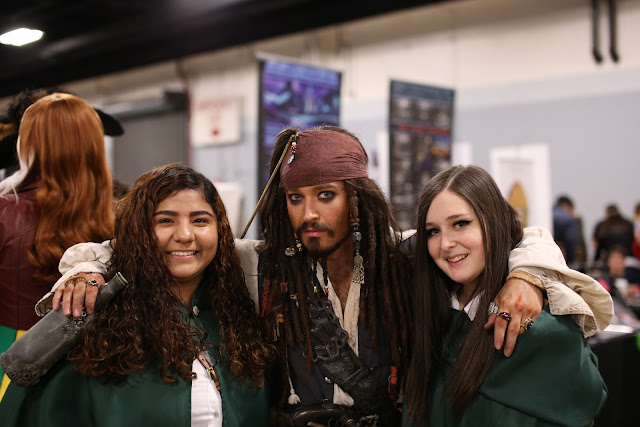 We went back on Sunday, this time with Jocelyn and Brian. Brian was no fun and didn't cosplay. 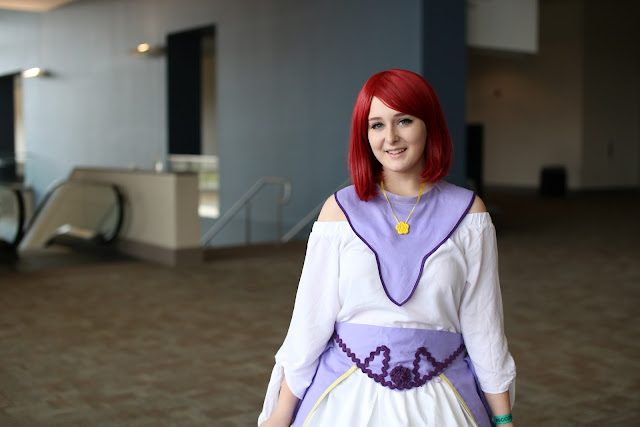 Jocelyn was Sylveon from Pokemon. 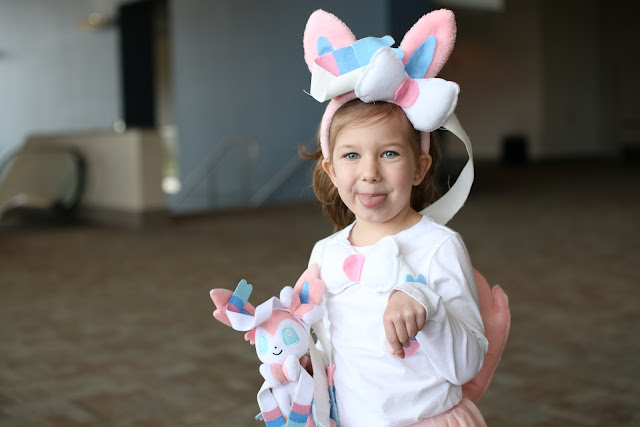 Both girls entered the costume contest. Jocelyn was VERY dismayed to find out she didn't win. She thought she was the cutest, hands down! 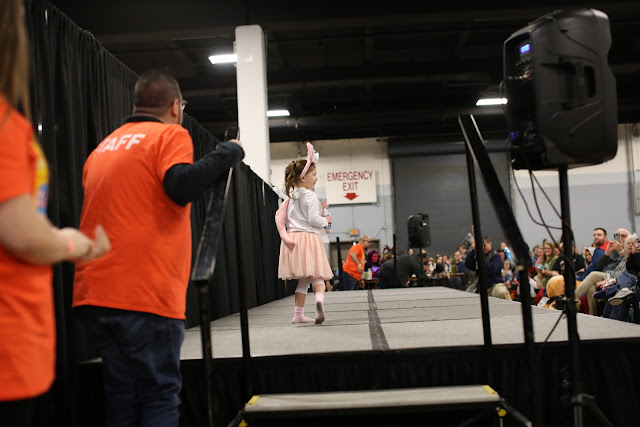 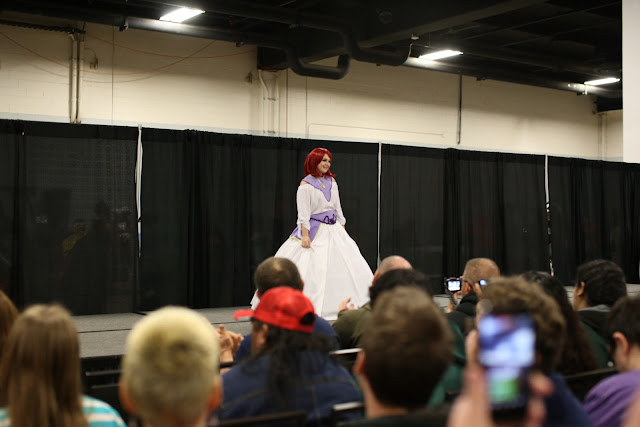 She did see a girl cosplaying as Sunset Shimmer, so she asked to take a picture with her. 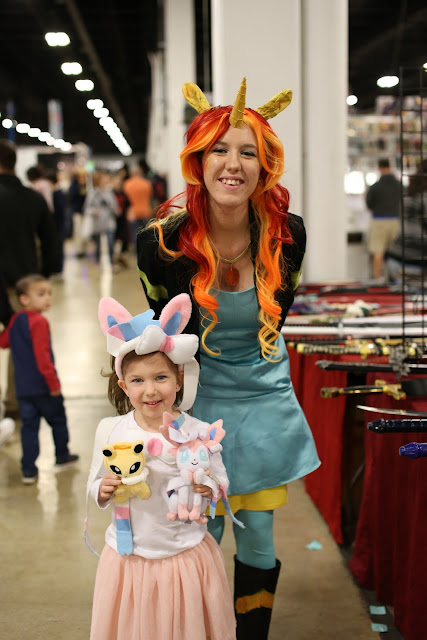 And of course, shopping for Japanese and Korean items made everything better. 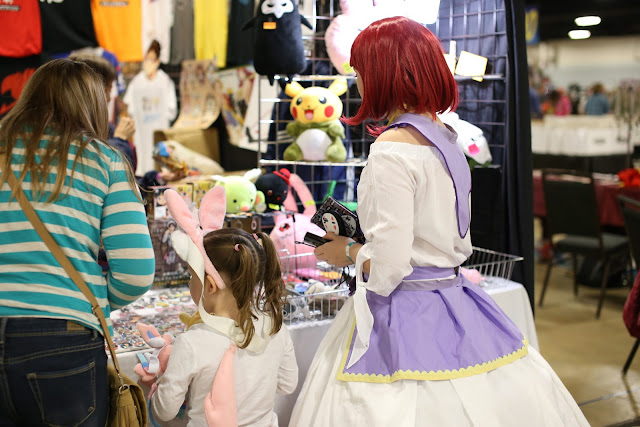 Next year we hope to convince Jayce to come, too!
Email Post
Labels: anime convention Jaina