I have no problem with most labels. I liked being a Soccer Mom. I love driving a minivan. I've been a Stay-at-home mom for 13 years now and counting.

Labels I don't quite care for as much?

I think I can thank TLC for how those labels bring up not-so-nice images in my head now. Dance moms are crazy on that show. Pageant moms on Toddlers and Tiaras? Even worse. Ugh.

I'm going to be honest. I don't like pageants.

To be fair, I am sure they aren't *all* bad. I've heard of several "Natural Pageants" in the area that we will be checking out. What I don't like is how a lot of them are no better than just a plain ol' beauty competition. Judging little girls on how they look on the outside only. Who cares if you have a talent? (I love talent shows, by the way!) And smarts? I guess they leave those to Jeopardy contestants.

Sure, I think my kids are beautiful and I strive to make sure they look nice every day. Yet, they also look like kids. Jaina is now thirteen and is allowed to wear light make up. She enjoys curling her hair, too. I think she is naturally progressing from older child to teen in a typical manner.

Jaina has wanted to participate in a pageant for at least three years now. And I've always said no. See above reasons for as to why.

What made me change my mind? Well, a lot of things.

- Just because *I* don't like pageants and think they are ridiculous doesn't mean Jaina feels the same way. I felt like I was transferring my feelings about them onto her.
- I kept insisting that she did not have the personality for pageants. She kept insisting she did. I realized I was sending her the message, "You are not capable of doing this thing that you want to work very hard at doing and I won't even let you try."
- She's old enough now to pay for the entry fee and her outfit herself. She used every bit of her birthday money to be in this pageant and she sacrificed other things she wanted in order to do this.
- I think Jaina has a pretty good body image and sense of self-worth that she would not be harmed emotionally by participating in a pageant. She wouldn't be crushed if she lost and she wouldn't have an inflated ego if she won.

It was a small town "casual" pageant (no glitz!) so it was a good first pageant for Jaina to be in. She bought her dress at Target and it's totally something she can wear again.

Parents were not allowed to take pictures inside at all. I was able to swipe some from the newspaper website (yes, the newspaper covered this event!) and take some before and after the pageant. 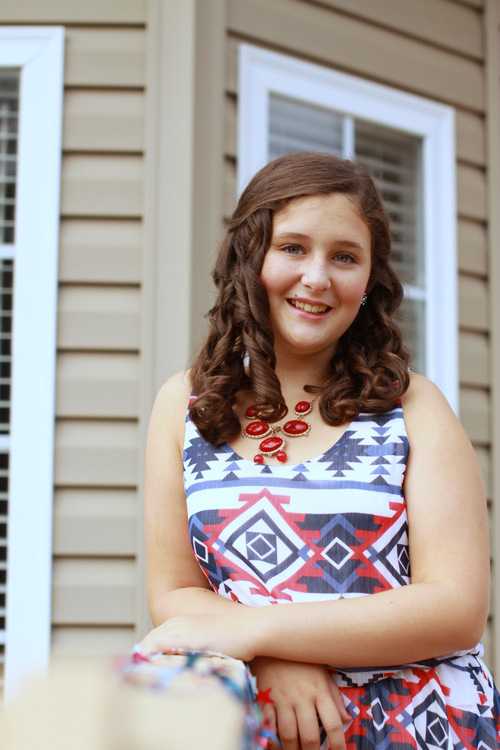 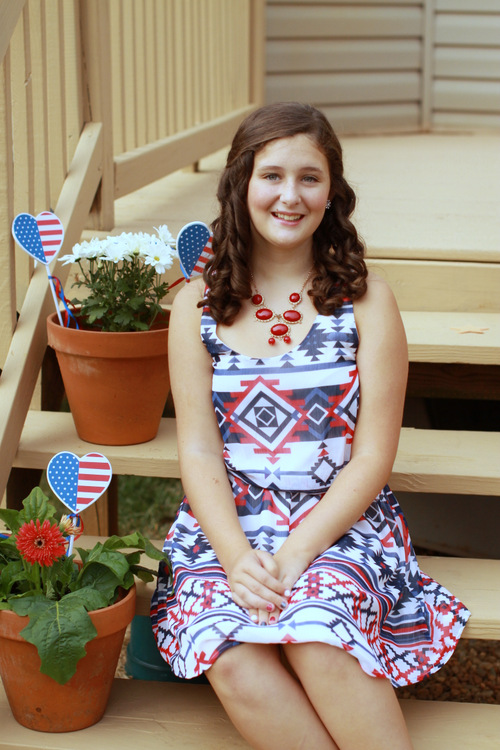 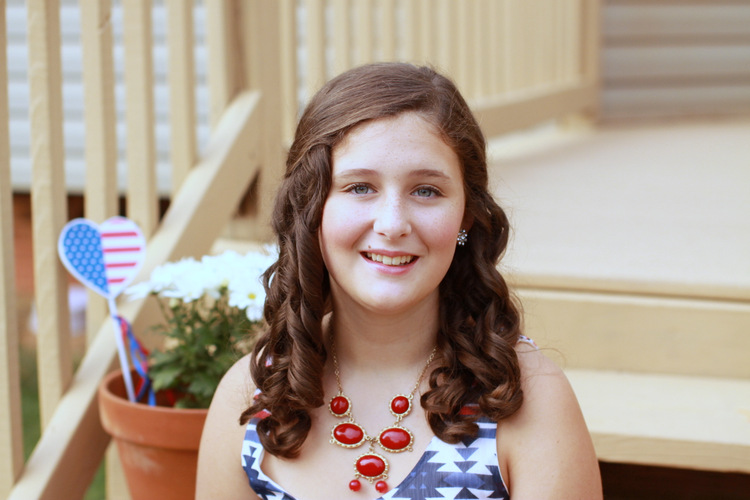 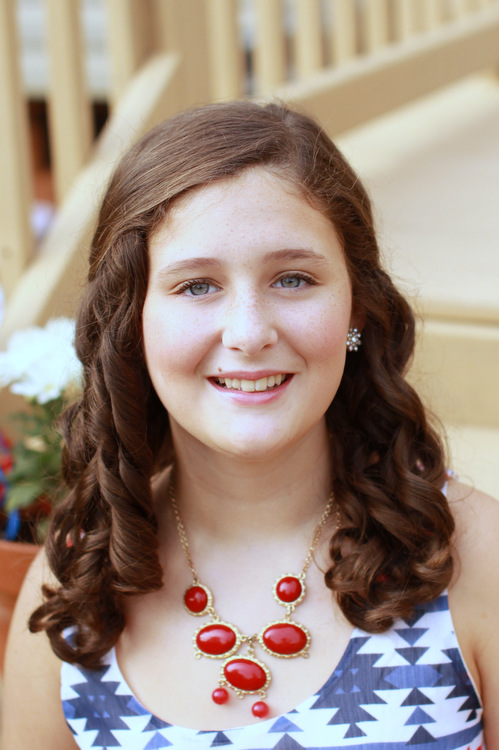 Two of Jaina's friends were in the pageant, too. They were in different age divisions, so there was no competition :) 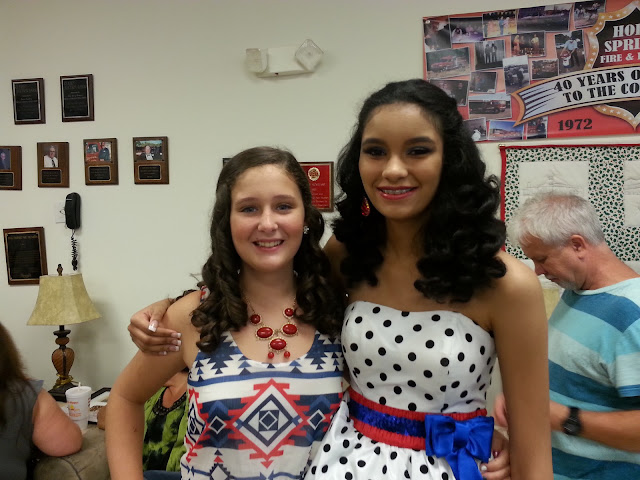 Jaina did a great job! She smiled at the judges and walked on stage with confidence! 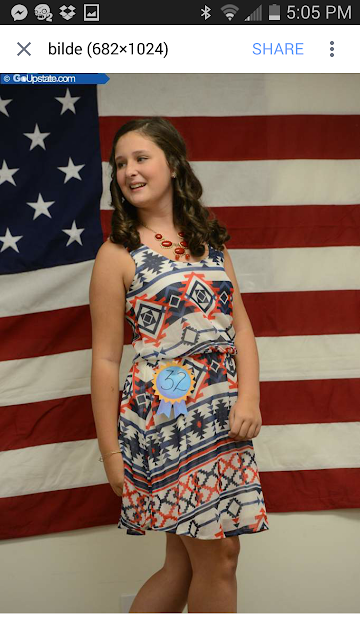 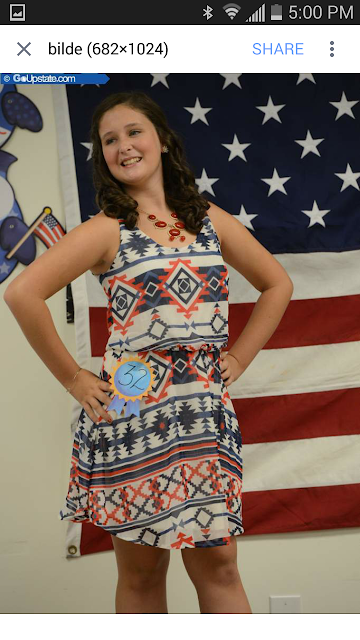 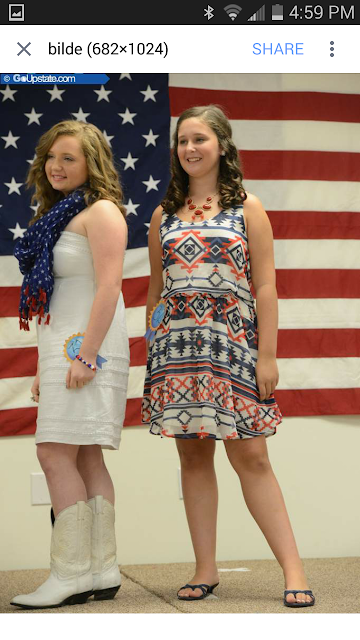 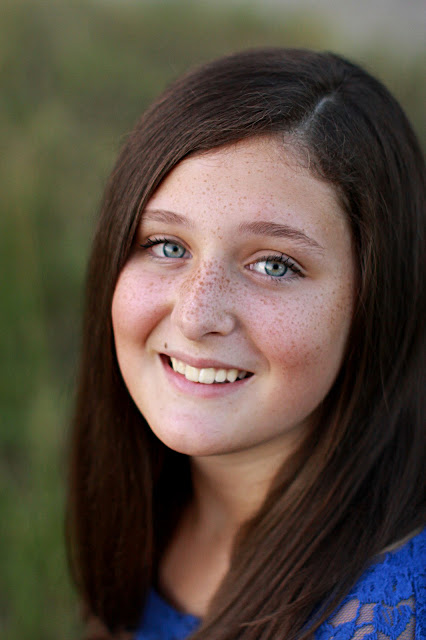 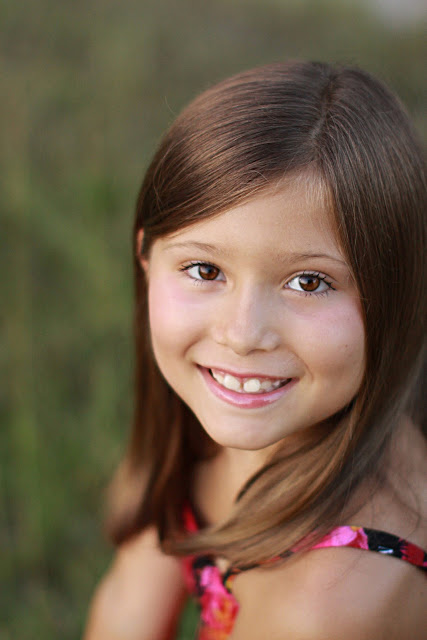 Jaina also won "Queen" in her age division!! She was SUPER thrilled to get a crown!!! 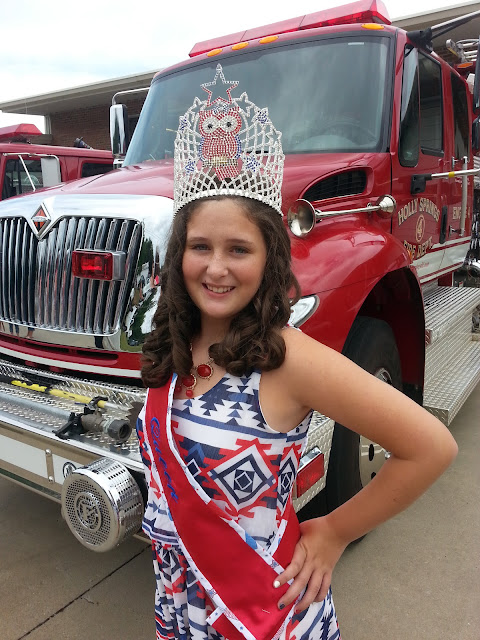 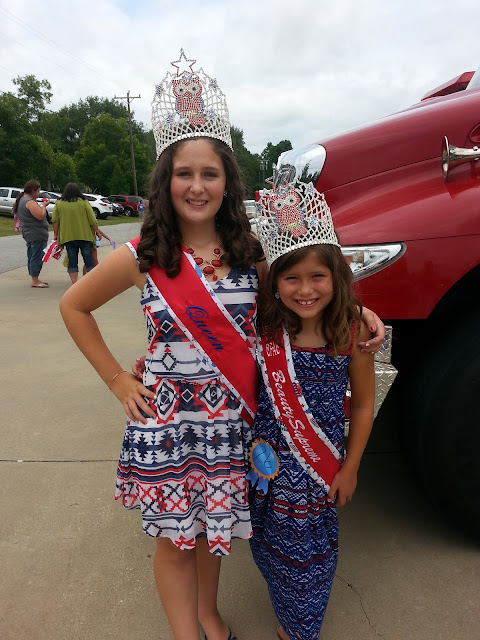 Kelsey also won "Beauty Surpreme"! which is a big title! She was thrilled!

Our beauty queens are already talking about their next pageant.... sigh.

I think I've created a monster :)