But first, Jayce had to take a little coke break :) 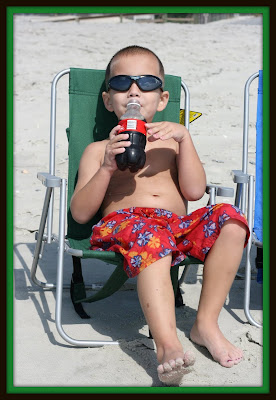 Jayce loved sitting at the edge of the beach and waiting for the waves to crash up over him :) 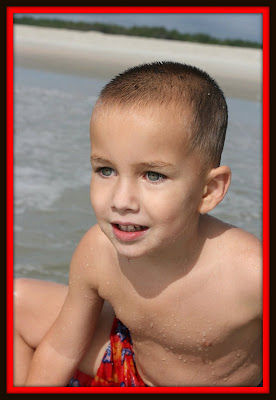 Jaina had a blast playing under the pier on the North side of the island: 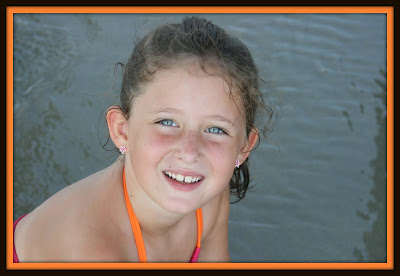 We found some really cool shells along the way: 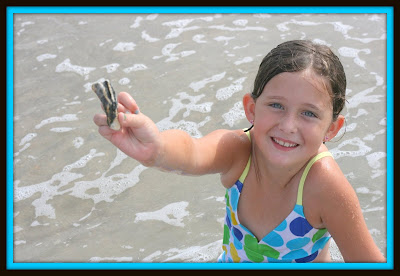 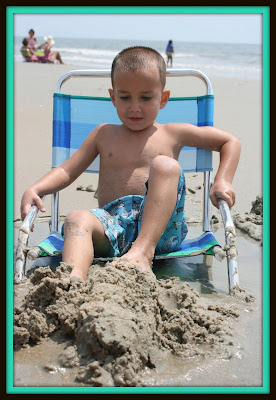 We buried Jaina's legs in the sand and tried to make a mermaid tale. Unfortunately, I am not much of a sand artist! 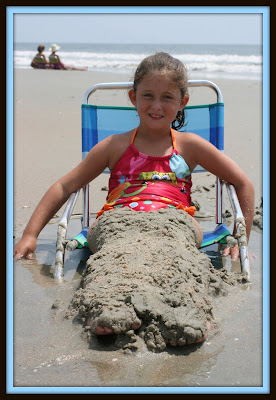 Brian left his sunglasses in the car, so Jaina let him borrow her brand new Barbie ones :) 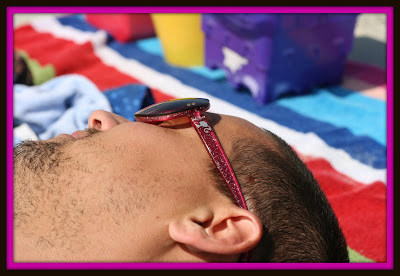 A quick note about the jellyfish... Brian got stung first. Then Jaina, badly, on the back of her leg. Then I found a welt on Jayce's back. Me? Nope. I escaped. Mainly because after Brian got stung and I saw several live jellyfish floating around the ocean near me, I was too chicken to stay in long at all. I mainly hung out in the tide pools with my camera :)
Email Post