One last bash before they go...

We've known that moving day was eventually going to come. It has loomed overhead for the past 6 months or so. But since the date was so up in the air, it really felt like it would never happen.

Last Thursday, my friend Brittany got the phone call she's been anxiously awaiting for months now. The moving company scheduled the furniture pick up for tomorrow. Yeah, its that soon.

It definitely hasn't hit the kids full force yet. I think at first it will just seem like they are on vacation for a few weeks, like they did back in the summer. Its inconceivable to imagine that Brittany and Matt won't be here to celebrate Brian's 35th birthday with us later this month, or that Ashlan and Kyler won't be trick-or-treating with us.

I keep telling myself we'll visit. Its only 6 hours. They'll still have a house here that they'll have to come back to every once in a while. But I know its not the same.

Tomorrow, moving day, is actually Ashlan's 7th birthday. We were fortunate enough to celebrate with them before they left. Its a very fitting ending to this chapter in our lives. We first became friends almost exactly one year ago because Ashlan invited us to her 6th Birthday party.

And since Kyler turned 4 earlier in August, it was a double celebration: 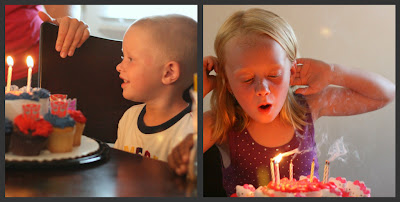 The kids had so much fun for hours! Okay, so maybe they weren't actually supposed to be in Jeremy's truck bed, but I did make them get out after I snapped the picture :)

Everyone was all smiles the entire time they played: 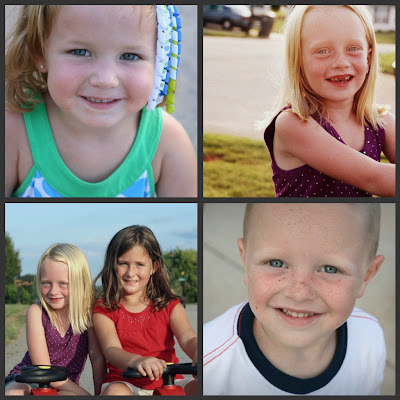 I've never seen a swing set so well loved before! All the kids just gravitate towards it as soon as they come. 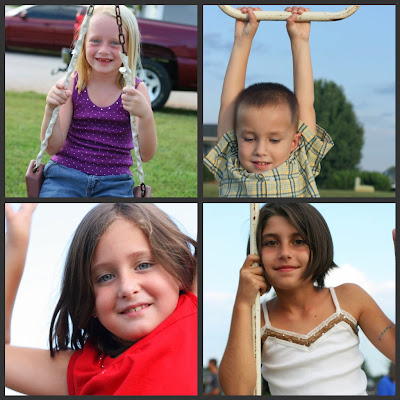 I could just take pictures of this cutie all day long. Of course, its taken her over 9 months to finally smile at me! 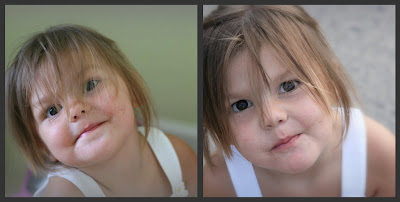 Not only are we thankful for the friendships we've made with Ashlan's family, but also all the people we've met through them! 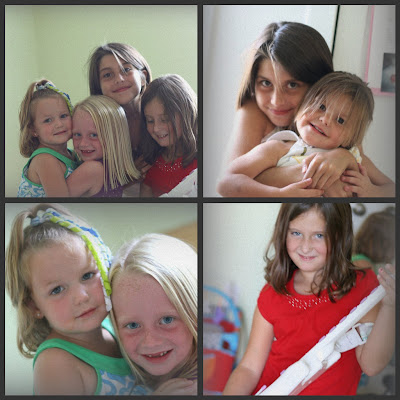 I honestly don't know what we are going to do afterschool from now on without our favorite friends! Thank goodness for email and cell phones, right? And its only a 6 hour drive!
Email Post