I love me some Chick-fil-a.

Yes, I know how S. Truett Cathy feels about gay marriage. No, I don't agree with him. Yes, I know how he spends his money, the money I give to Chick-fil-a when I buy a sandwich. That's his prerogative. I honestly don't know how most CEOs spend their profits. I'm trying hard to care, really.

I told my best friend, who is gay, that my husband was boycotting chick-fil-a on her behalf and on the behalf of all that believe in marriage equality. I told her that as soon as another fast food company came close to making such a tasty chicken sandwich, I would be happy to take my business elsewhere. And you know what? She said she still loved me even if I did eat some homophobic chicken :) That's why she's my best friend :)

So the kids and I continued our yearly tradition to dress up like cows and get some free Chick-fil-a on Cow Appreciation Day.

I think we were darn cute :) 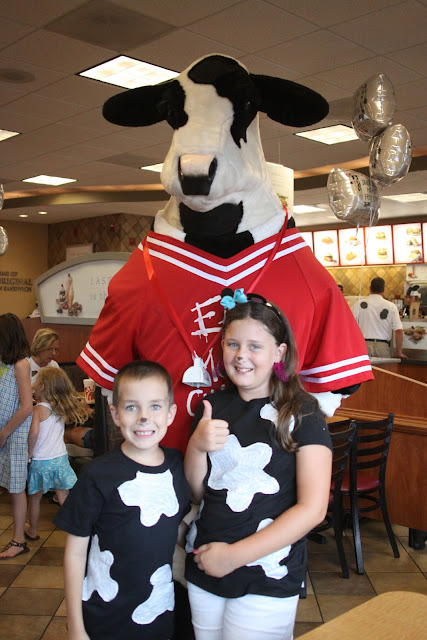 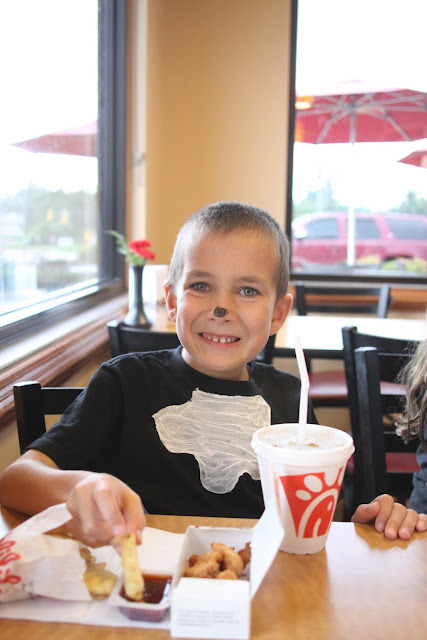 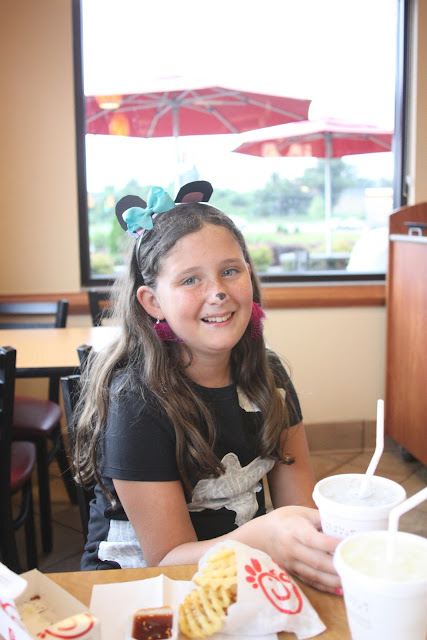 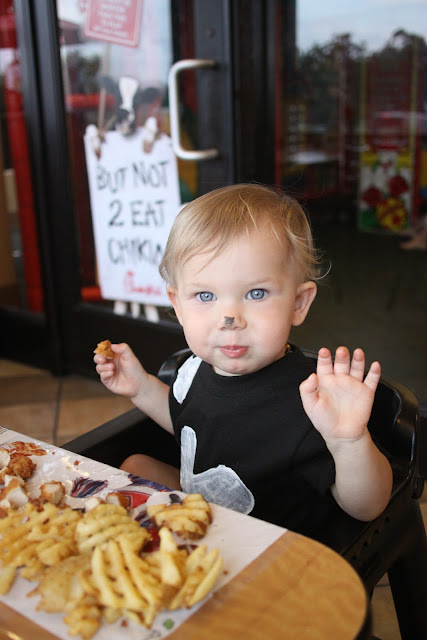 Jocelyn was fascinated with the big cow walking around. She kept staring at him and pointing at him and waving.  But when you got her up close to the cow, she wouldn't have anything to do with him! No high fives, no waves, nothing. 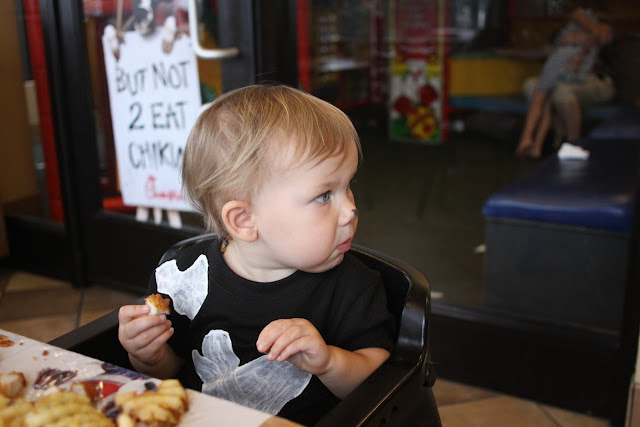 Little Miss is big enough to climb up the play gym and go all the way around by herself. She isn't brave enough to try the slide yet and I'm okay with that! 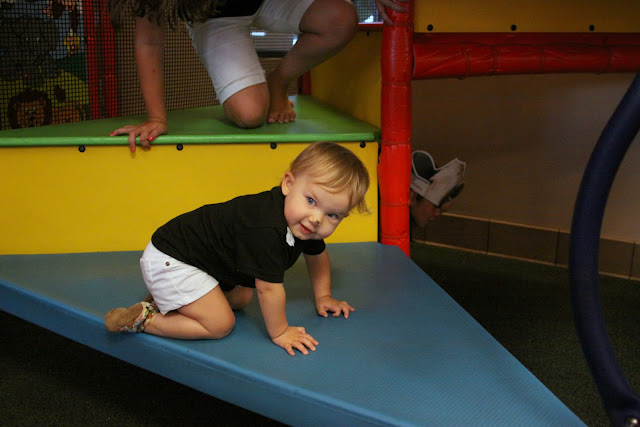 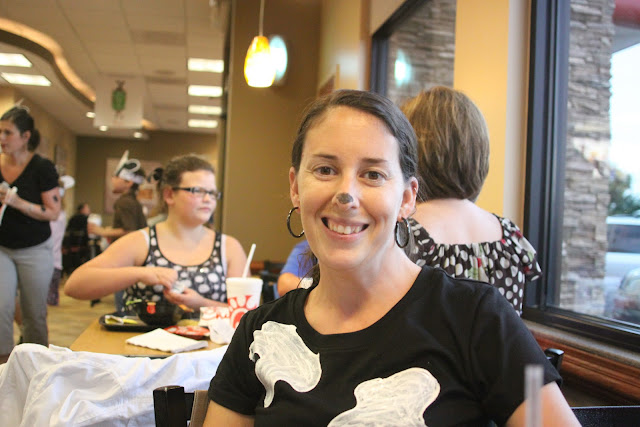 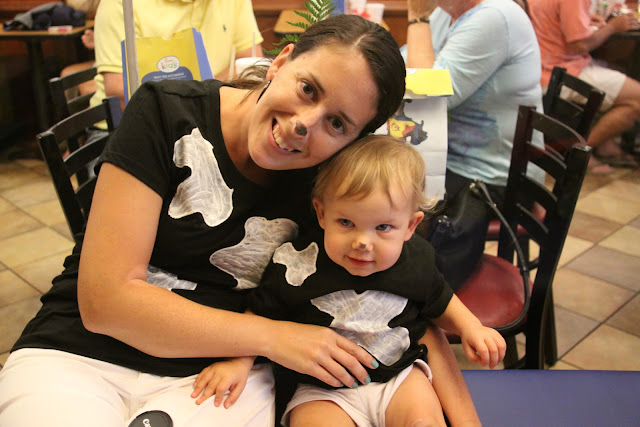 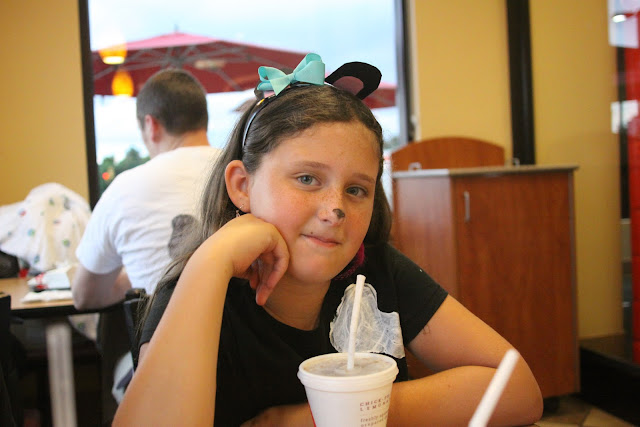 And one blurry family shot.... 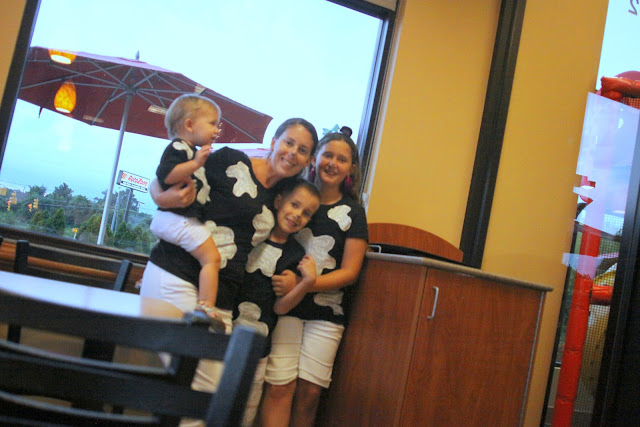