Every year for the past couple of years, the minor league baseball team in town pairs up with some local attractions and offers a "Playcation" deal: 4 tickets for the Waterpark, Children's Museum, Zoo, and Baseball game for $40. Its an incredible deal and sells out super fast. I was able to snag the passes when I was shooting a wedding in downtown Greenville a few weeks ago.

We went to the Greenville Drive game on Wednesday night. It was oversold by 2,000 seats. A lot of corporations buy up the seats behind home plate but don't actually use them. We we forced to sit on concrete for almost an hour since the lawn was completely filled up before they released us to take the empty seats. Jaina was super upset that we were near a trashcan :P 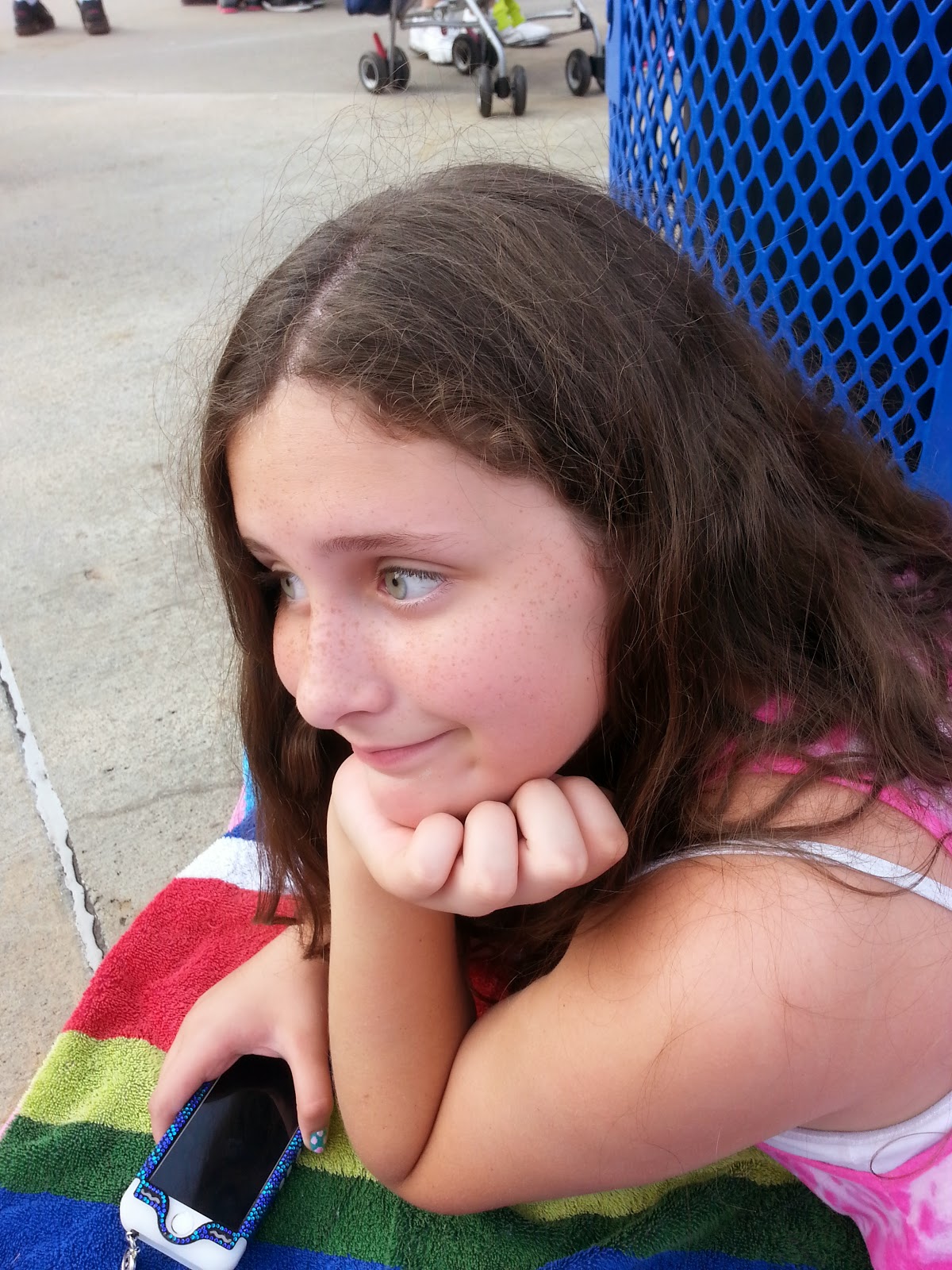 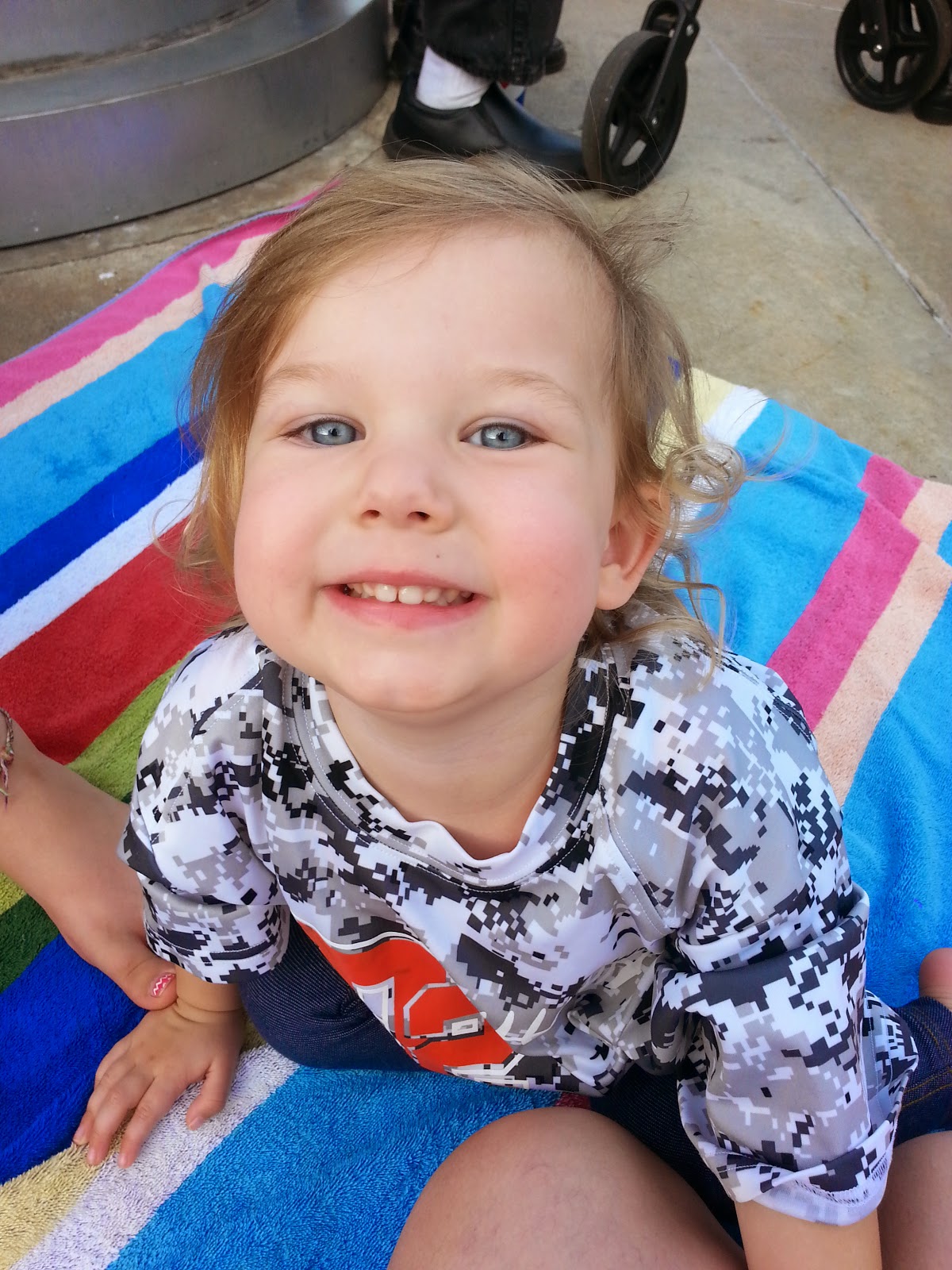 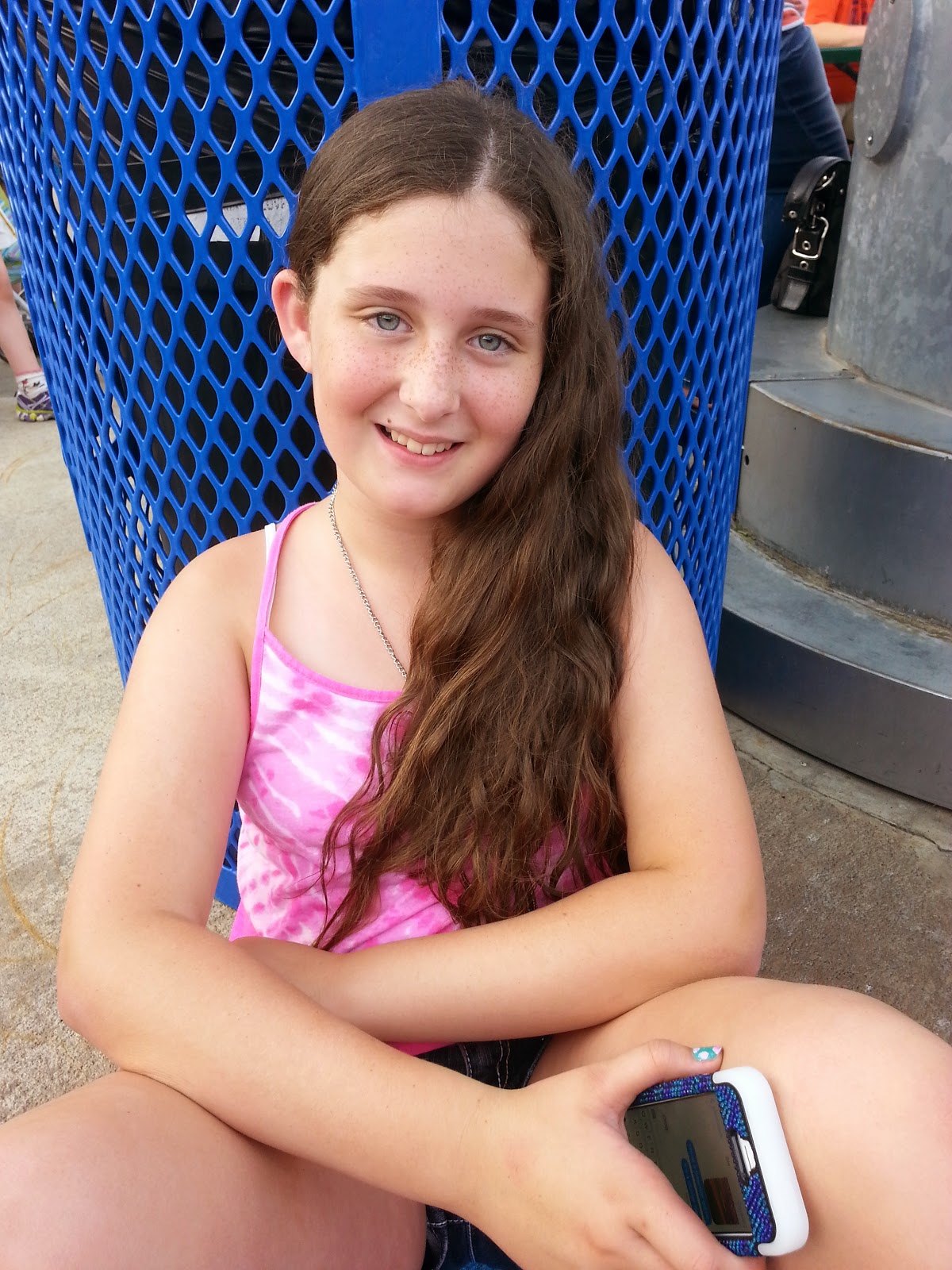 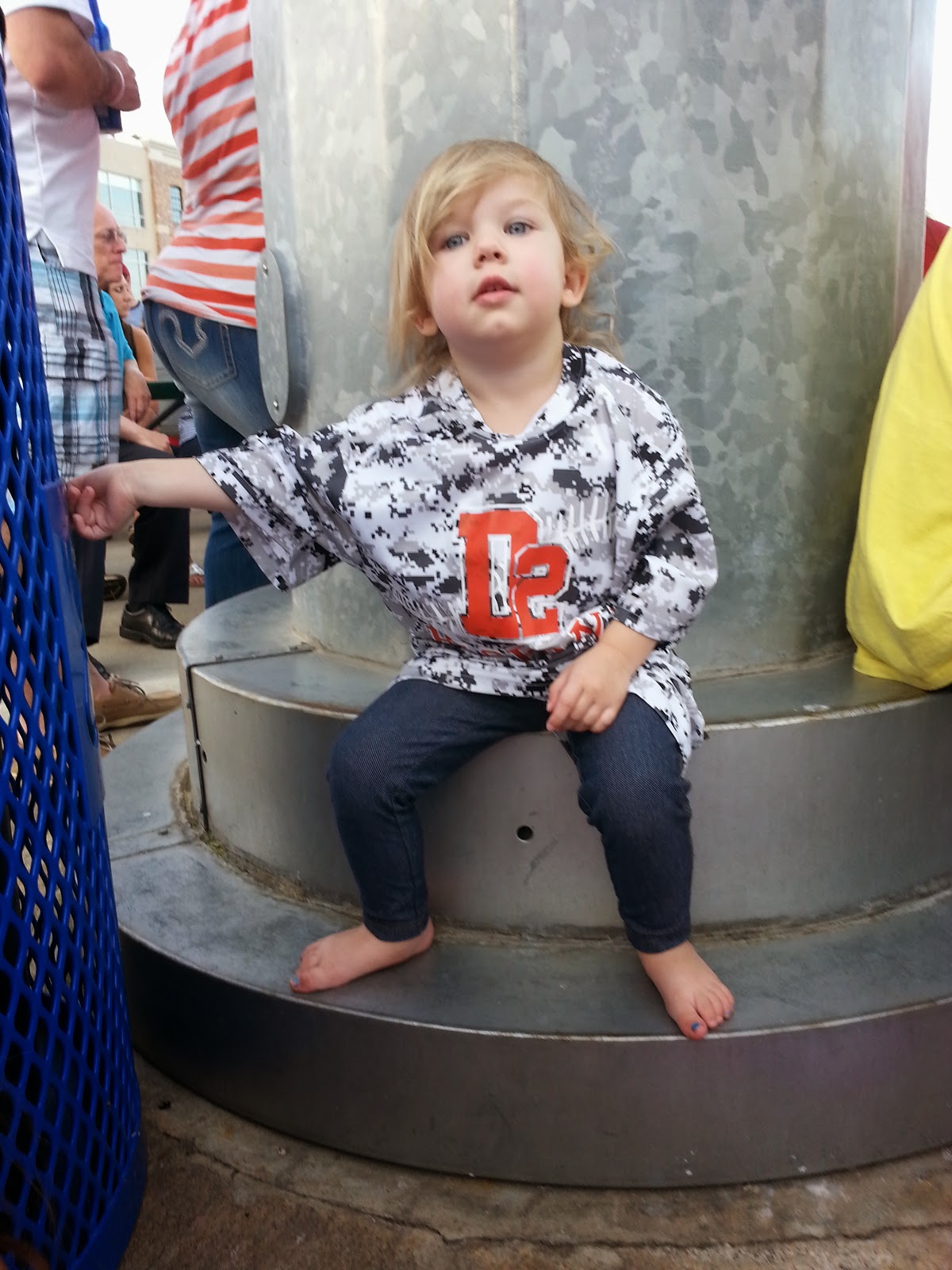 When we did finally snag seats, they were right behind home plate and we had an awesome view of the game! 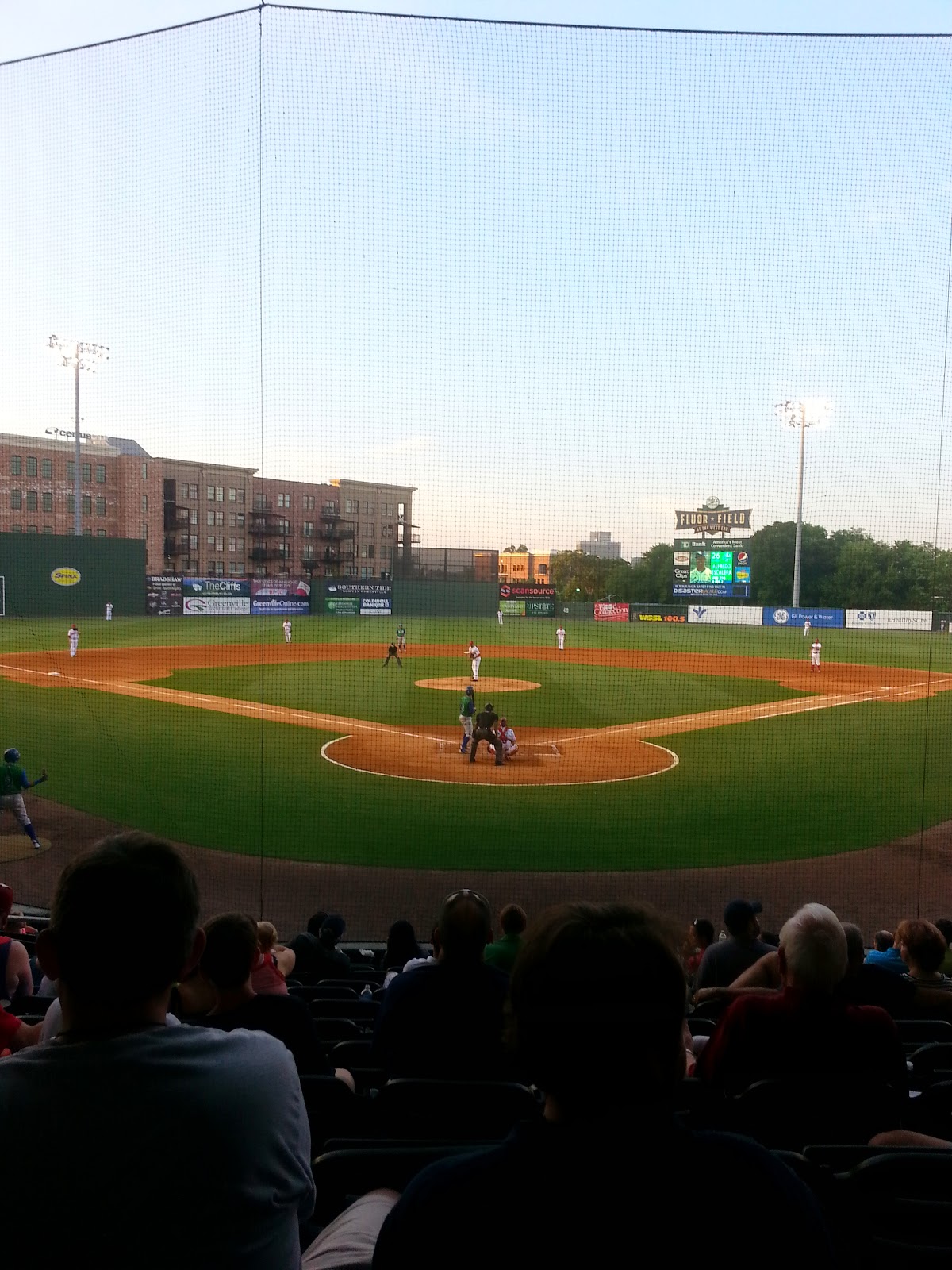 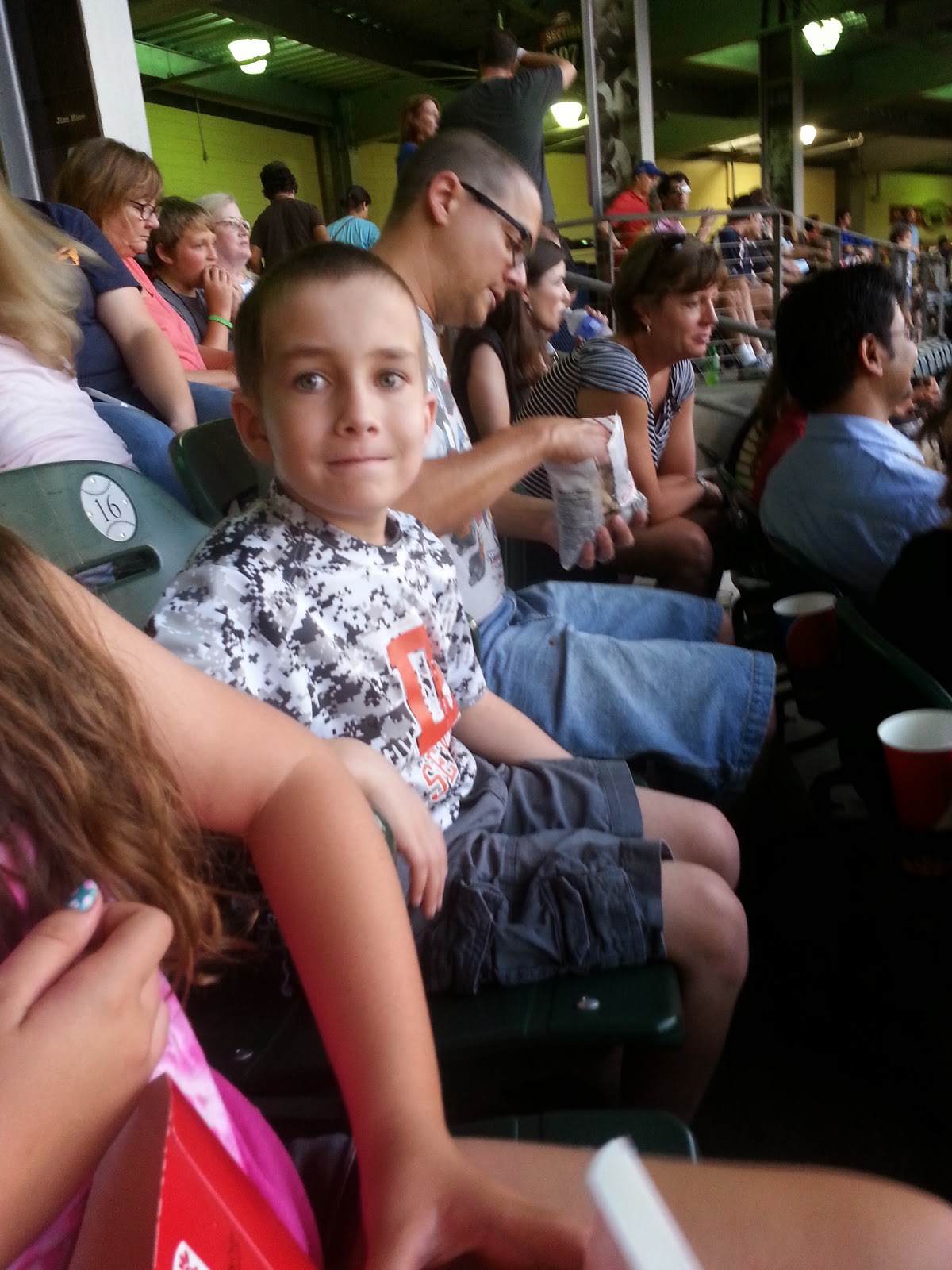 It was Jocelyn's first time at the game. She loved it! And for the most part, she behaved very well for a rambunctious 2 year old ;) 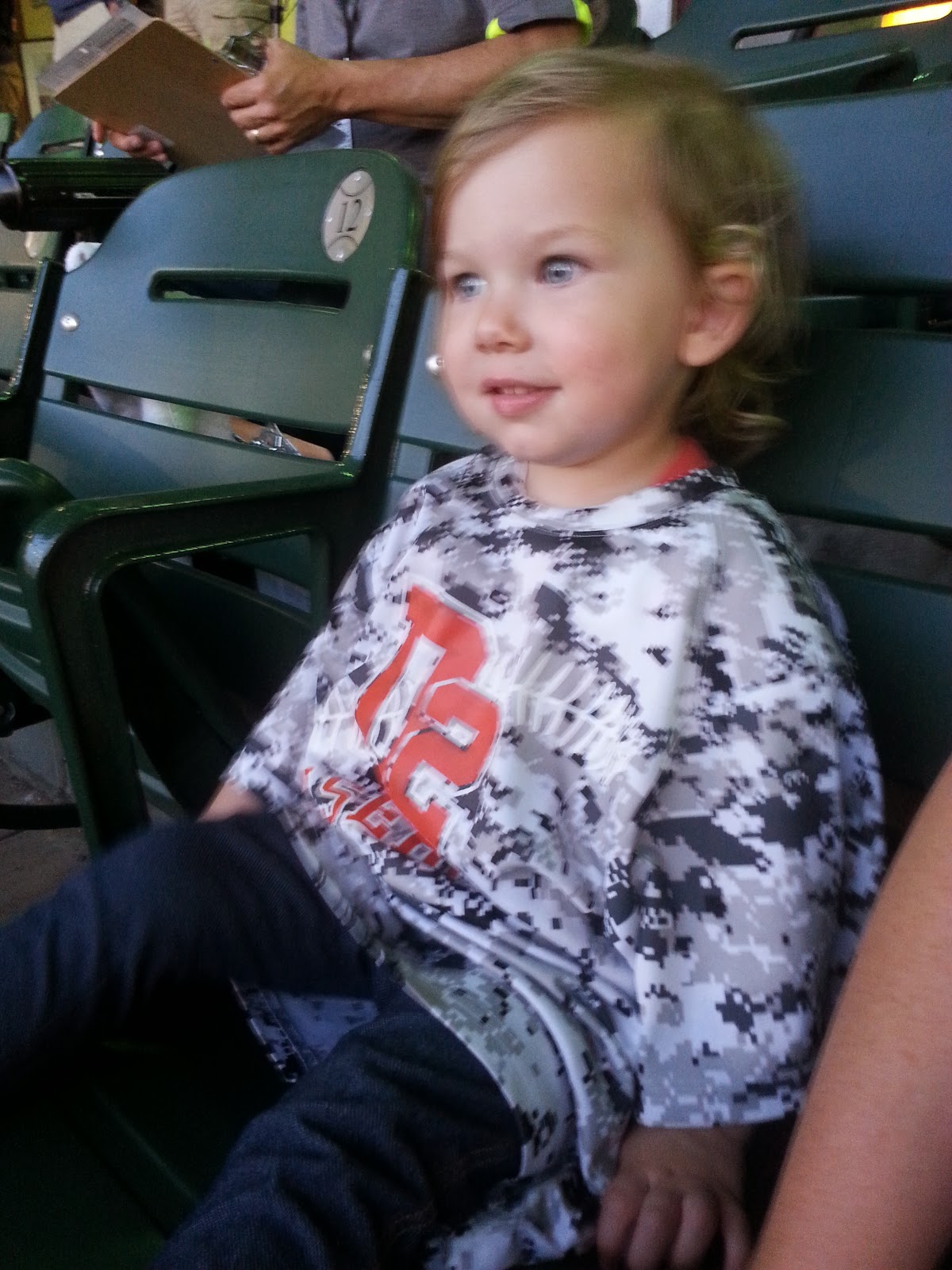 At one point she got up and said, "Brother! Where's my brother! I want my Jayce!" and went to go sit in his lap. 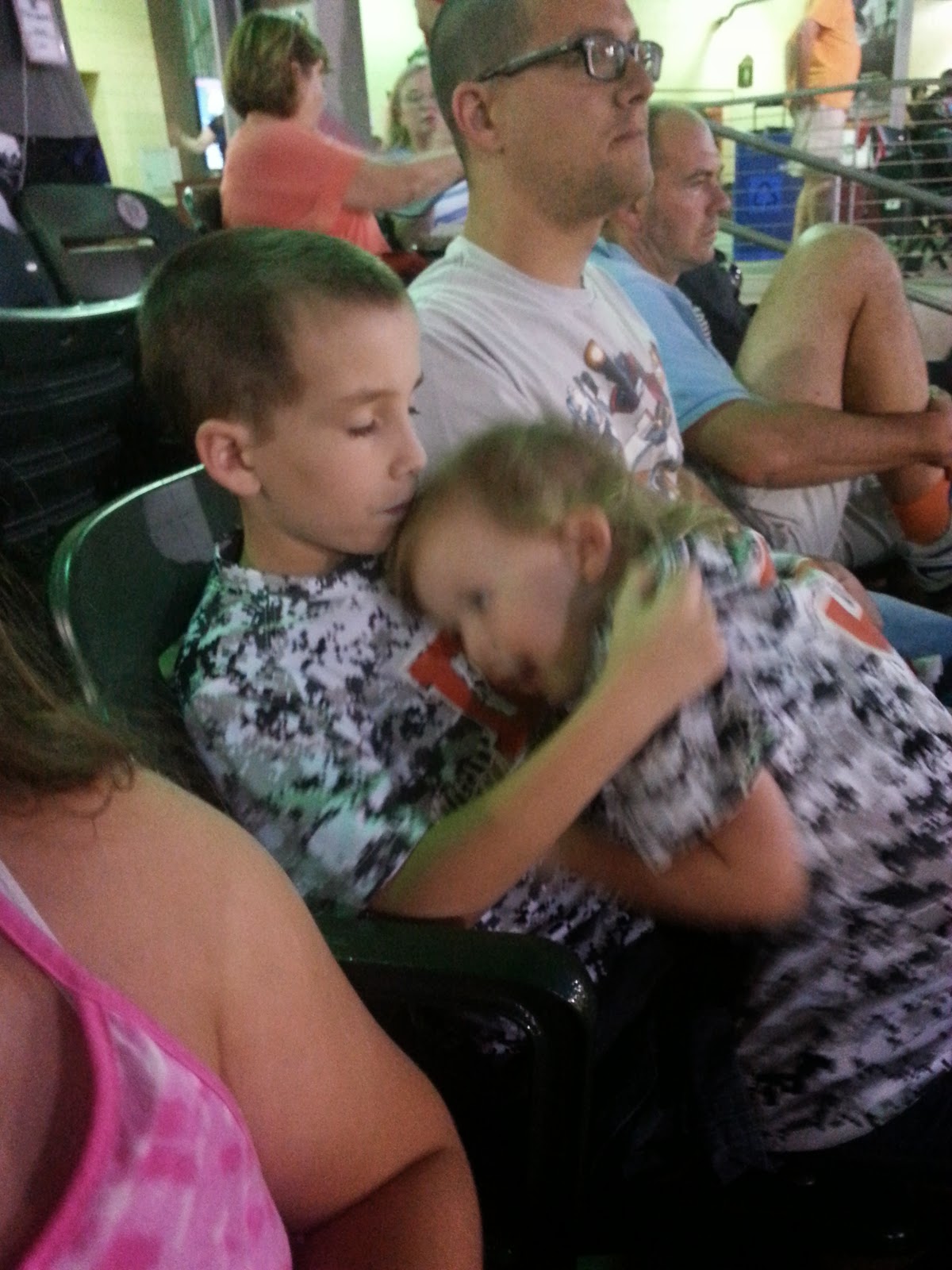 Jocelyn was stylin' in two baseball shirts... one of Jayce's old jerseys and another shirt that was mine when I was little ;) 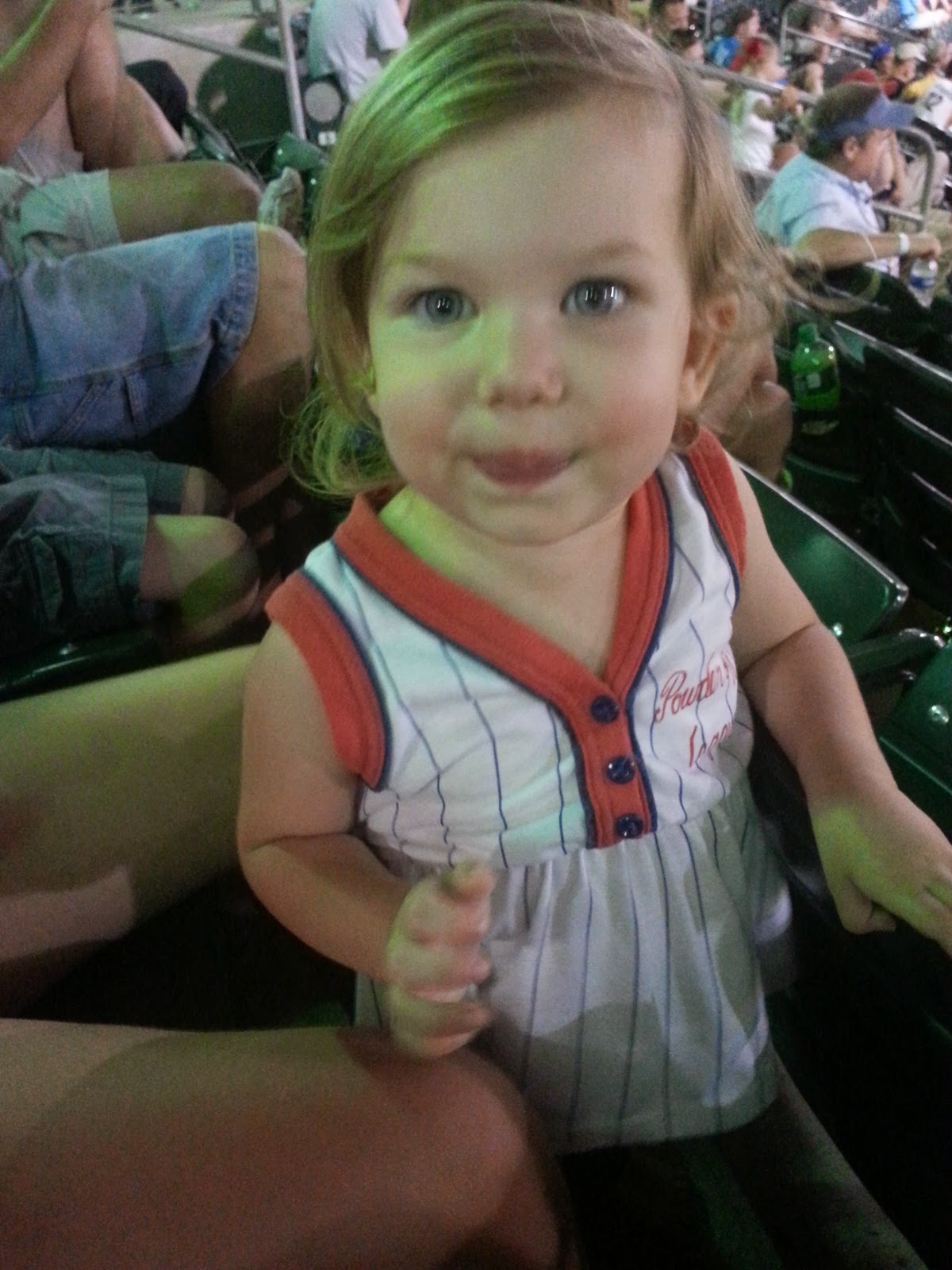 Jaina and I took selfies on her new iPhone as only a 12 year old will do. 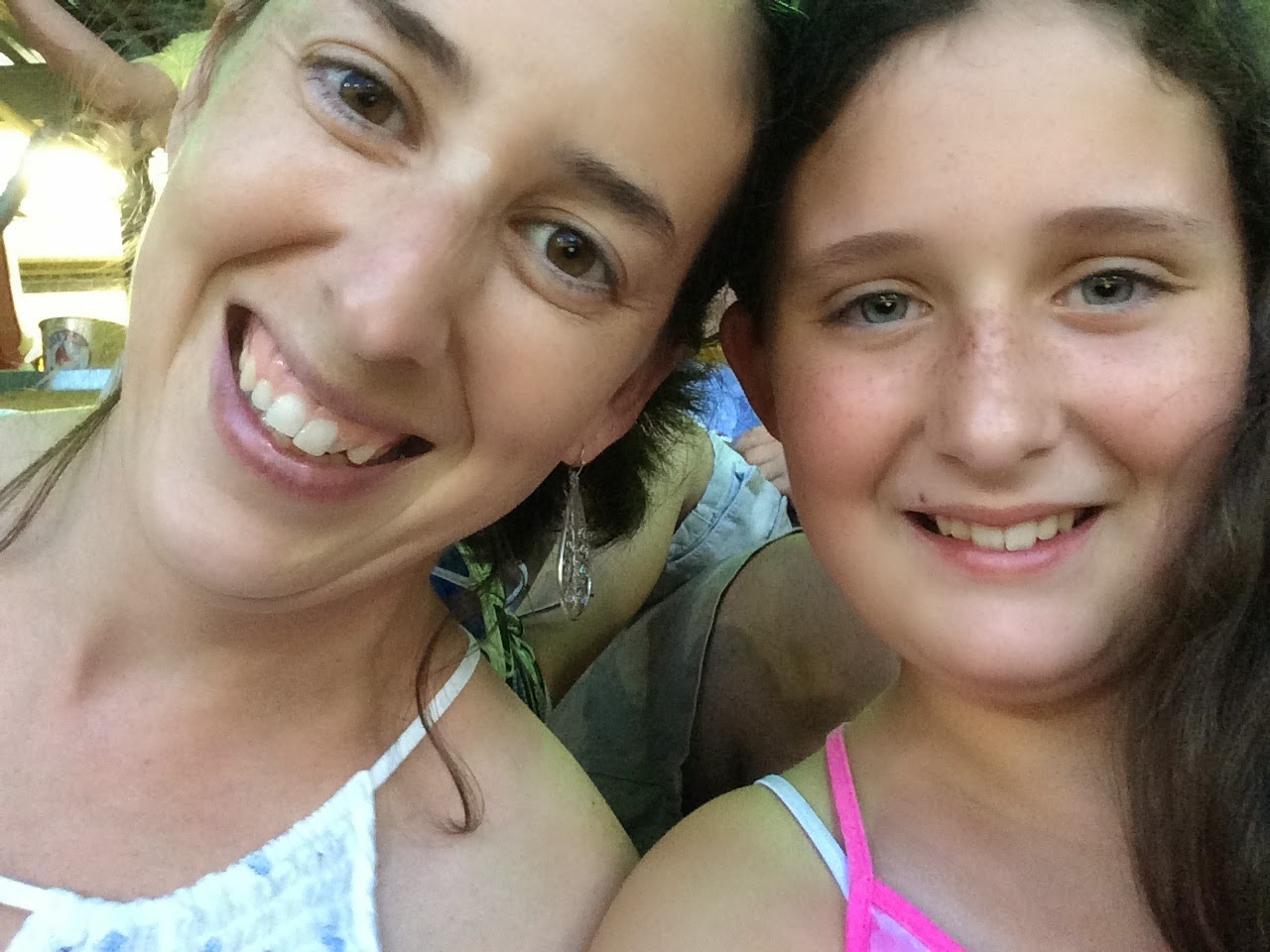 The tickets may have been cheap but the food certainly was not! We spent a fortune on Subway and Chick-fil-a for dinner. But it was worth it! 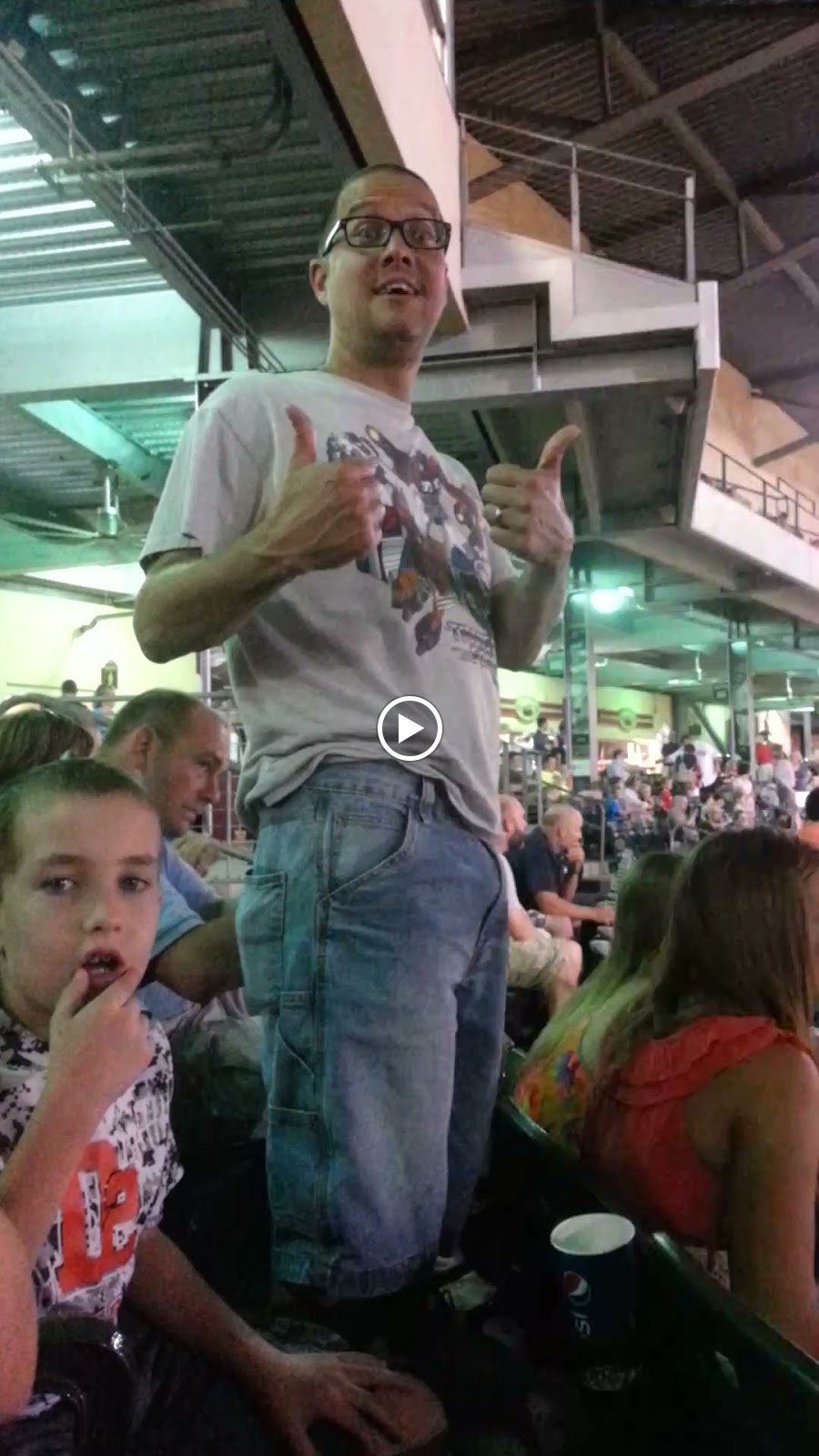 I took some video of Brian singing his favorite Neil Diamond song, "Sweet Caroline" but unfortunately, it was way too loud to hear anything.

We didn't make it home until about 10:30 PM but that was okay, because its SUMMER!
Email Post