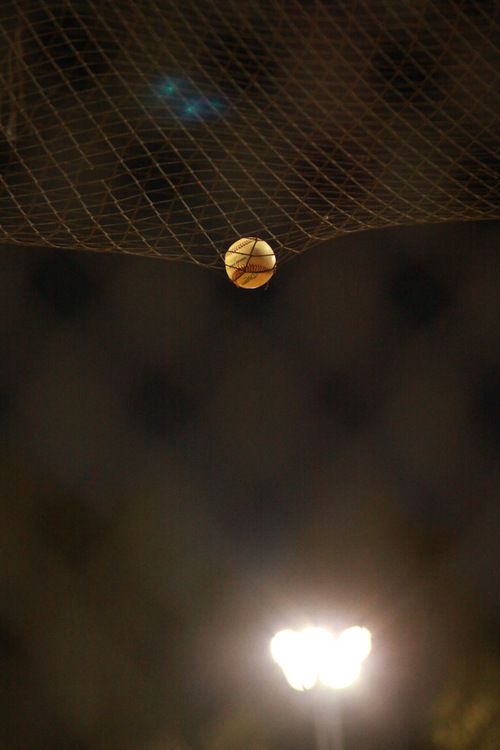 This Fall marks the 5th (wait... 6th? I've lost track!) season in Jayce's recreational baseball experience and we couldn't be more excited! It was a long spring with my brain aneurysm recovery and no spring baseball for Jayce. He is so glad to be back and I'm happy to be a "baseball mom" again :)

Bless his coaches' hearts... all of them. Because Coach April (and her husband Mike, and his friend Donnie, and his friend Claudio) is so damn good, every kid signs up to play with her. That means there were 18 kids in 10U that wanted to be on her team. She loves all her players so much and wants to make everyone happy, so she never turns anyone down. 18 players is way too much for one team (hello, would the kids even make it through one batting line up??), but 9 players isn't enough for two teams each, she had to be creative. She created two 10U teams, but has asked two players from The Flames to play at each of the Devil Dog's games and two players from the Devil Dogs to play with The Flames. I have no idea how she managed it, but she created a schedule that has each of the 18 players only playing one or two double headers this season. Totally doable.

And have I mentioned she also coaches an 8U team for her other son?

And is an ER nurse that works 3rd shift?

One of the moms made the comment that she didn't think Coach April kept insulin in her pump. It must be something stronger :P

Anyway, Jayce's first game was actually his night to do a double header. I was asked to be a dugout mom (my job basically requires me to keep the kids in batting order and to make sure no one gets whacked in the head with a bat) for The Flames, so I wasn't able get my big camera out until he played later for The Devil Dogs. (Don't ask about the team names. The kids come up with the craziest stuff!) 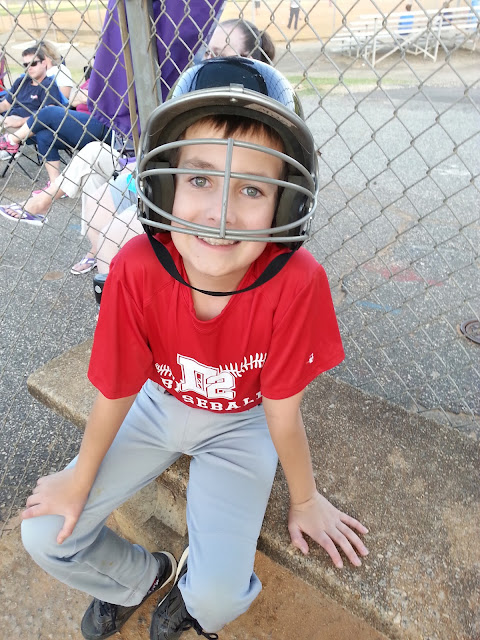 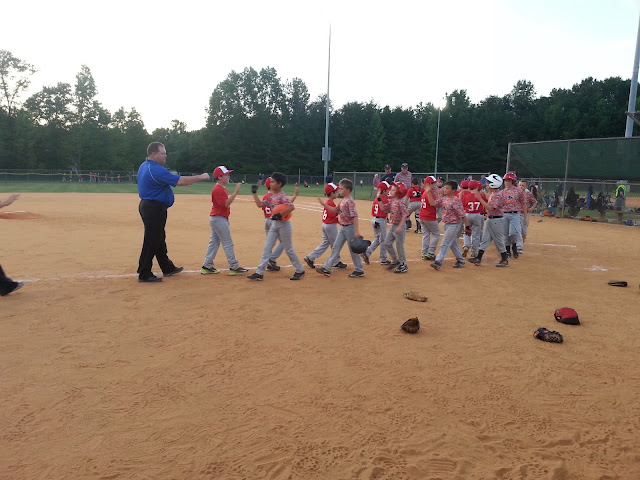 The first game didn't go the way our team wanted. The Chapman kids (District 1) beat us 9-7. However, the kids did well and gave it their all.

Jayce is in the outfield again, but at least is moving around from left, center, and right! 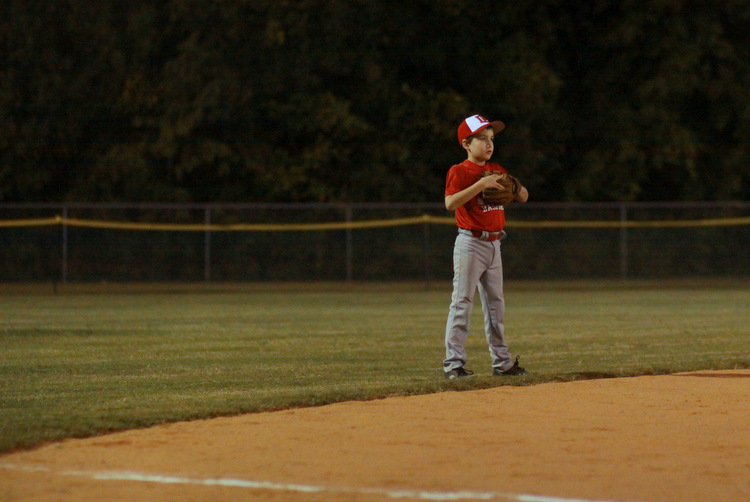 I was able to snap pictures of Jayce warming up "on deck" when the second game started. 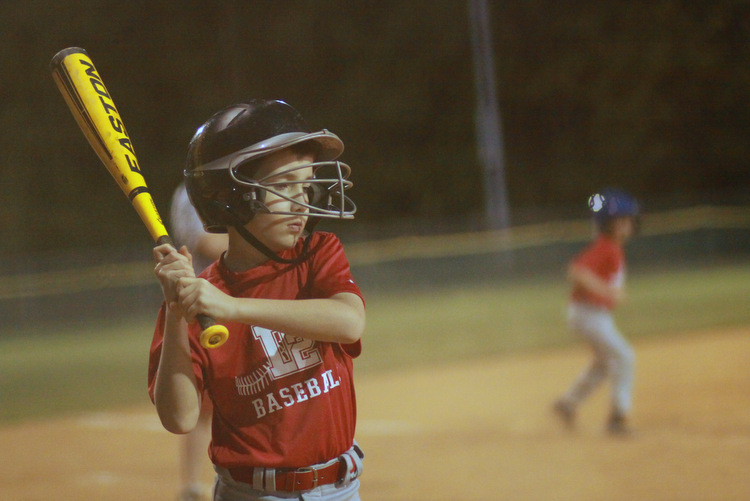 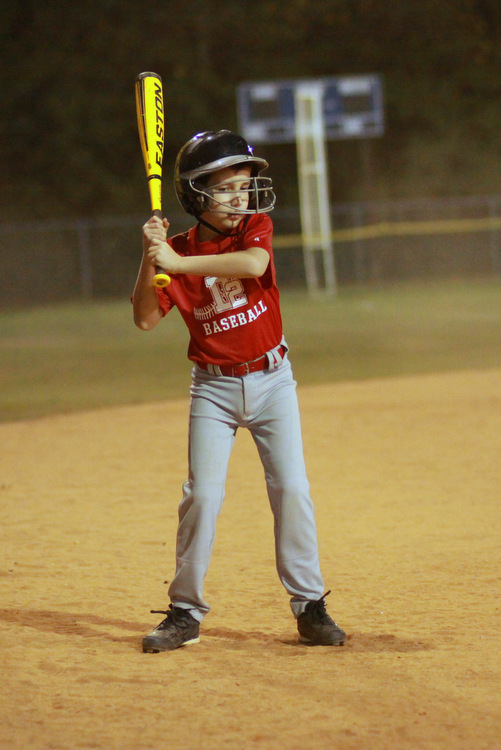 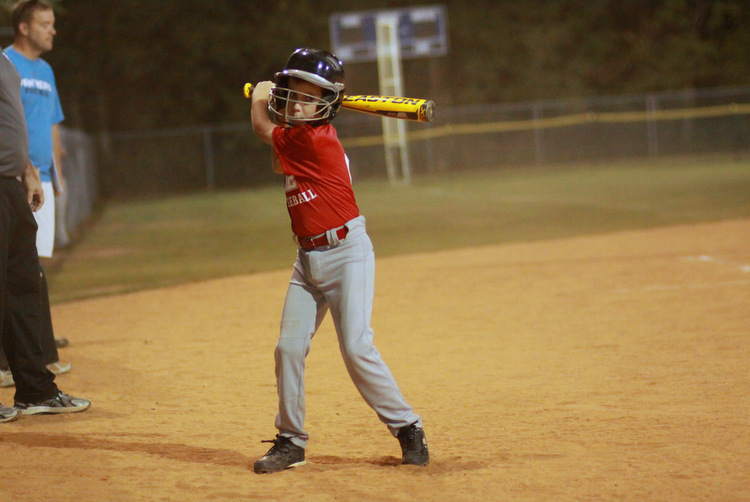 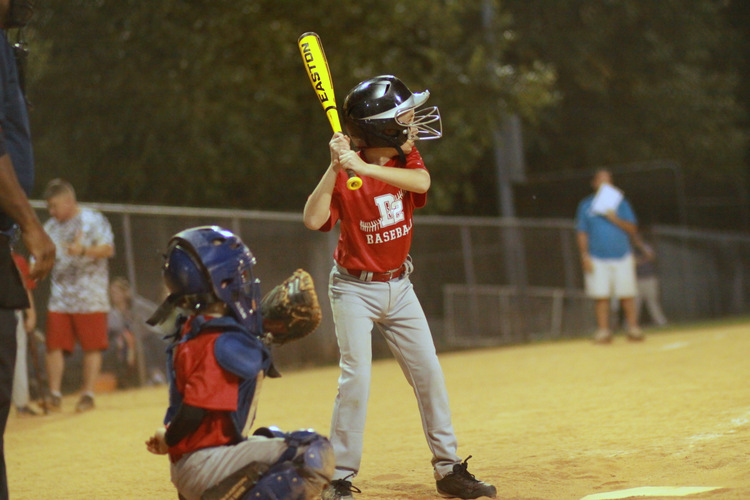 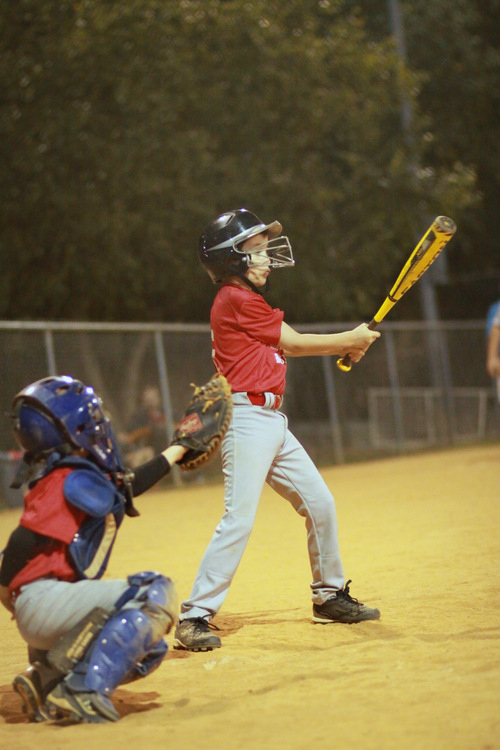 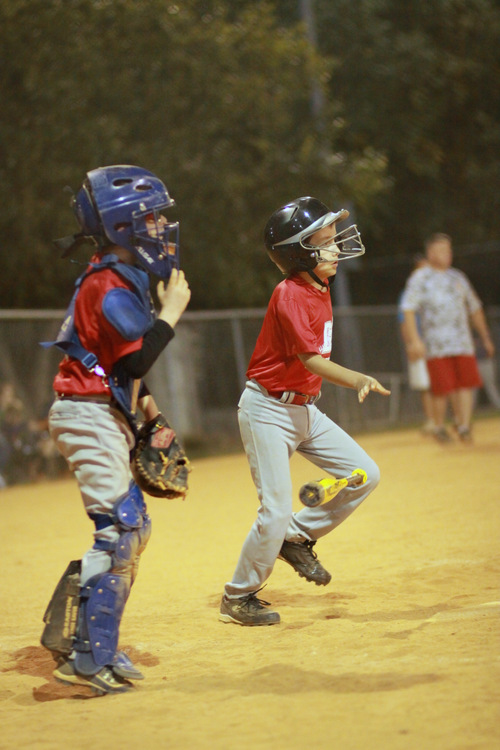 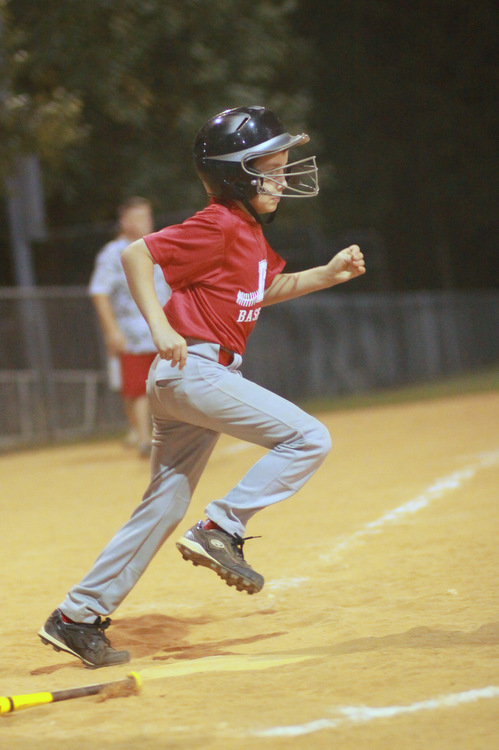 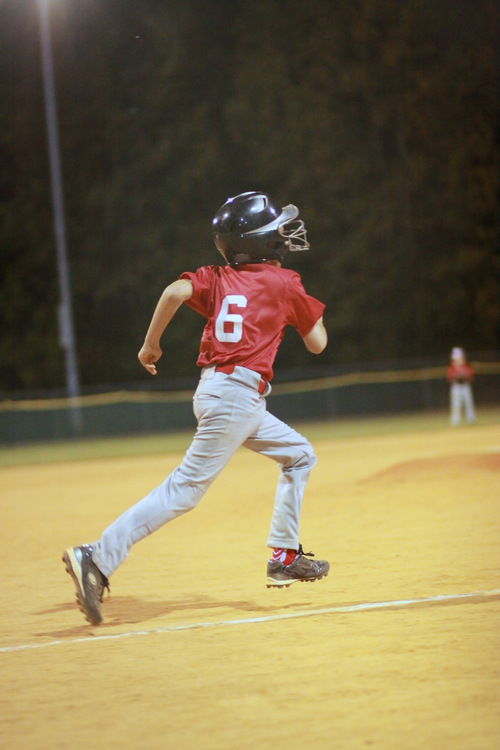 However, it ended up being a foul so back to the plate he went. And then almost got hit by the ball. Those kinds of things happen in kid pitch. 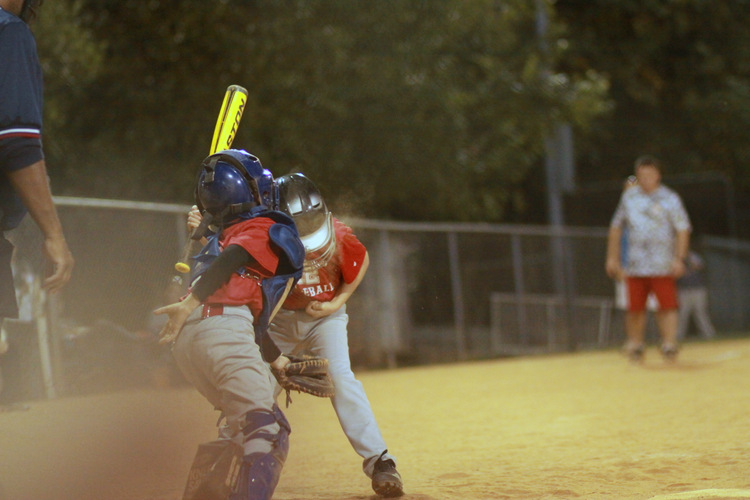 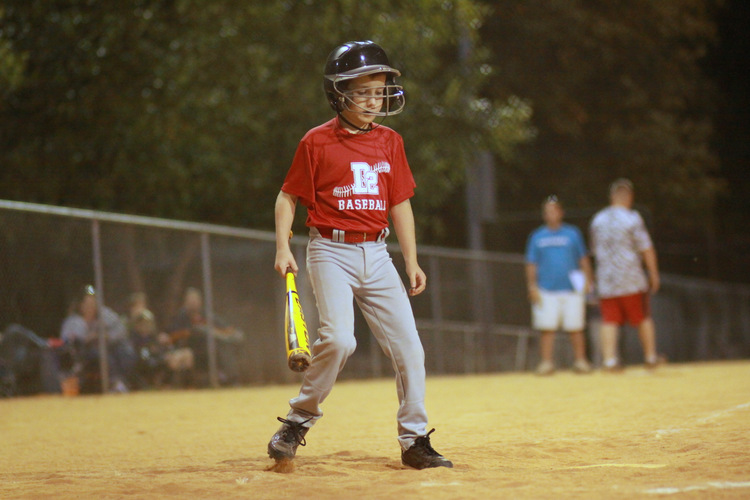 Then there was a strike. 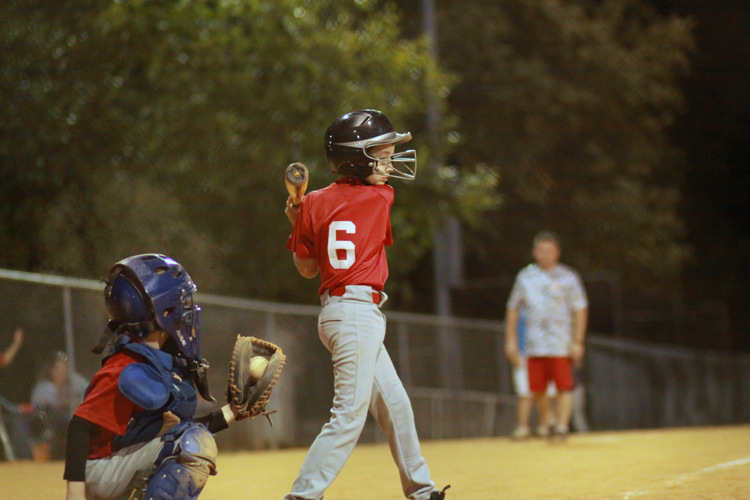 A few more not so great pitches put Jayce walking to first. Unfortunately, he got tagged out before he could get to second base.

But that's okay because their team won 10 to 0. A complete shut out.

It's fun to play on two great teams. I have loved watching Jayce make new friends through baseball. 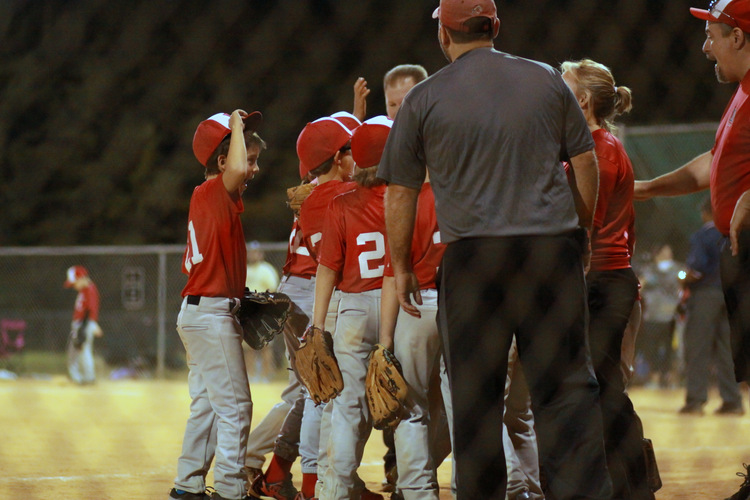 He may not ever pitch or play first base, but he's having fun and conquering fears.

And that's what counts. 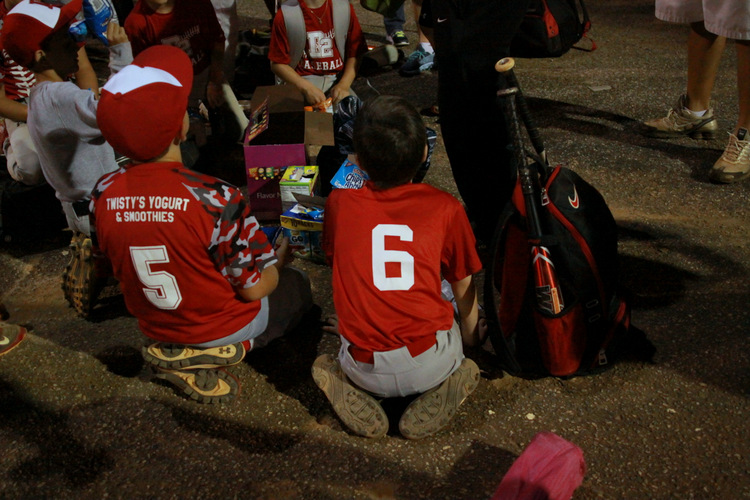