Like most Grandmas, mine was a pretty special lady. 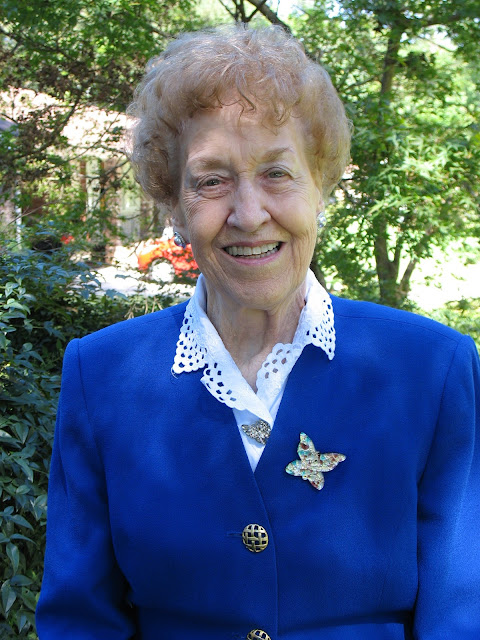 Her name was Elsie Jane Reed Staska and she was born on August 20th, 1922. She married my grandpa LeRoy (Roy) Frank Staska, Senior on Sept. 5th, 1942 and my dad, LeRoy (Lee) Staska, Jr. was born on Jan. 13th, 1944. Their little family was living in Nebraska at the time they joined The Church of Jesus Christ of Latter-Day Saints, after receiving a visit from a missionary that was going door-to-door. My grandparents were sealed at the Salt Lake Temple in 1952.

Nothing was more important to my grandma than friends and family. She lived to serve others. She was very active in her church callings and in the Sunrise, Florida community where she raised her family.

And what a big family it was! You can't talk about my Grandma Staska without figuring out exactly how many grand children and great-grandchildren she actually has!

Her first son Lee (my dad) married Paula and then later married Kim. Out of both marriages, there were 5 children:
Jeremy
Jeff
Jason
Jessie
Jami

And then there's Joe next, I believe... He married Kathy, who passed away, and then later married Ricki (and adopted her boys). Together, they all have:
Jon
Christian
Nathan
Adam
Justin

I think my Aunt Liz comes next. She's married to Dane. They have 5 kids, too...
Chase
Tara
Taylor
Chelsea
Channing

And the baby of the family, Mark, who married young, and died before his time.
Katie

That would be 19 grandkids. Not too shabby! Glancing through the list of all my cousins, I believe I count 10 great-grand children. It could be more since I'm not very close with anyone except Justin from my Uncle Joe's family.

I expect many, if not all, of those children, grandchildren, and maybe even some of the great-grandchildren will be making the trek to Southern Florida next weekend to pay tribute to this beautiful soul.

Almost all of the photos I have online are from 2007/2008. This is the last year that my grandma still recognized some people, despite being diagnosed with Alzheimer's before then. Soon after she left her two sons in the South (Lee and David), she traveled out west to Utah to stay with her only daughter Liz. Liz's family took care of her for the past 3 years, despite the tremendous care that she needed when her memory of daily tasks completely failed. 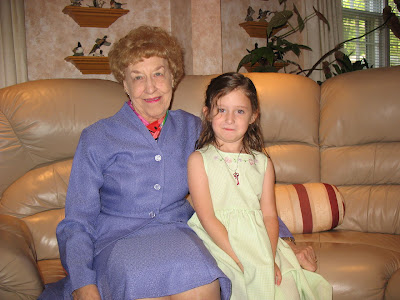 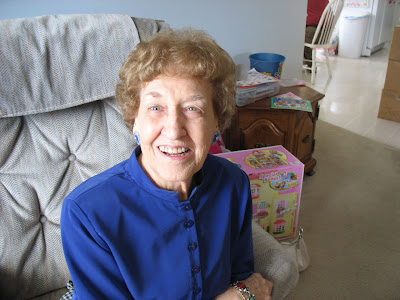 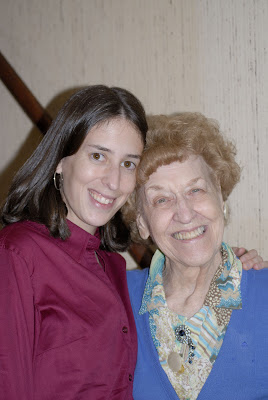 I think, to honor her, I'll be wearing something blue to her funeral next week. She'd like that.
Email Post