I am SO proud of my son. 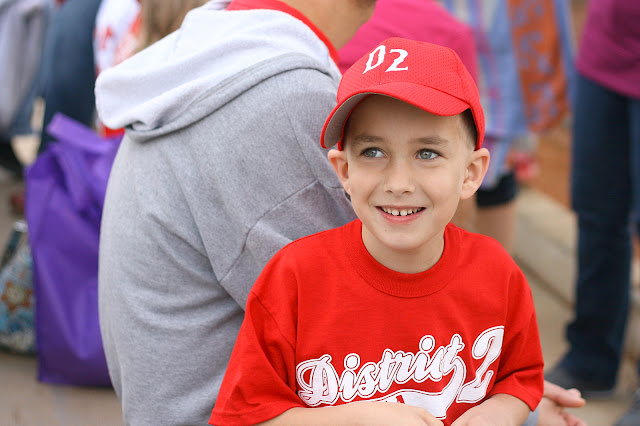 This is the first time he's asked to play a sport that had nothing to do with tagging along with his sister. Even when he found out he wasn't going to be on his friend's team, he still couldn't wait to play. (And luckily, they don't have to play against each other!) 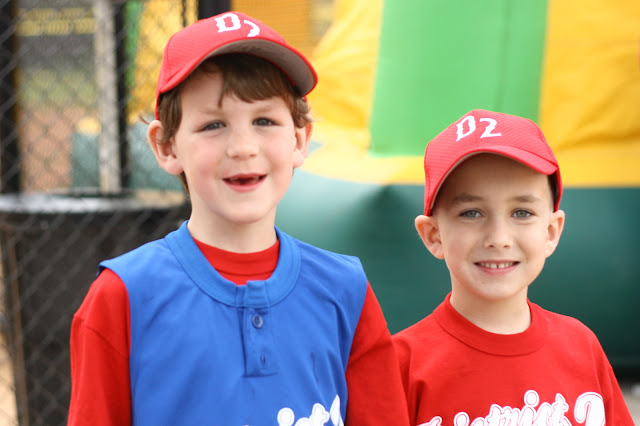 I'm so incredibly proud of how well he played. He truly gave it his all. He paid attention when he was in the outfield (for the most part). He waited patiently for his turn to bat. He watched for signals on when to run to the next base. I've never seen him run so fast from 3rd base to home! 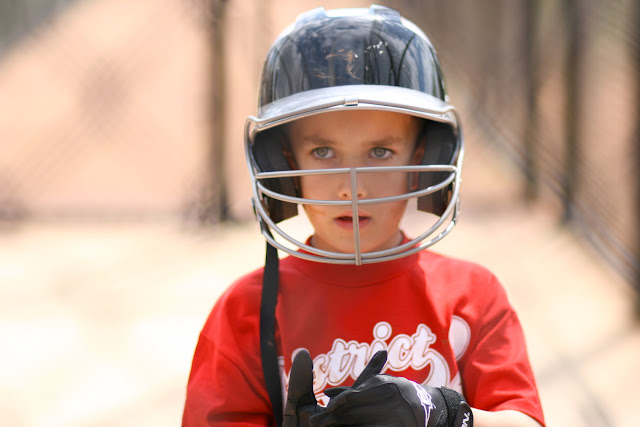 The entire team played, well, like a team. I was so impressed with the team work they displayed. We are pretty used to dealing with ball hogs in past soccer and basketball seasons. This was a refreshing change! 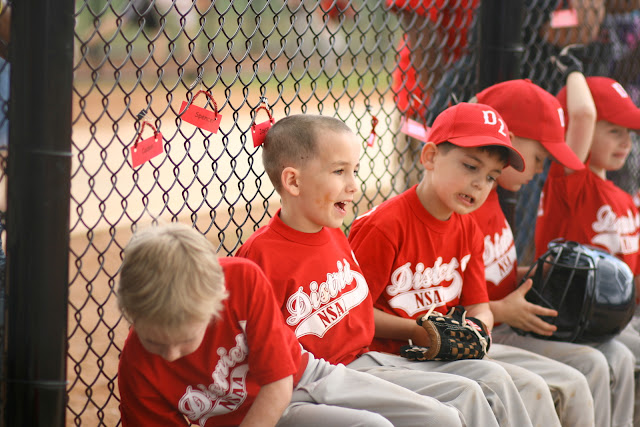 Want to see my boy in action?

Stepping up to the plate... 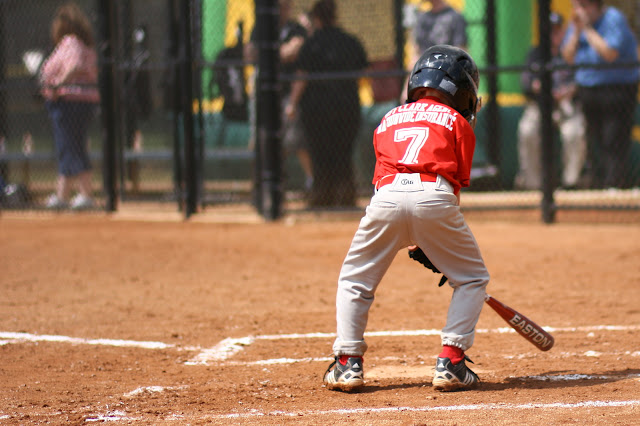 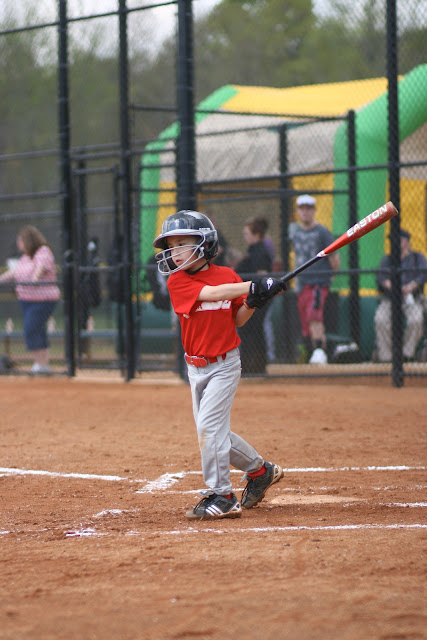 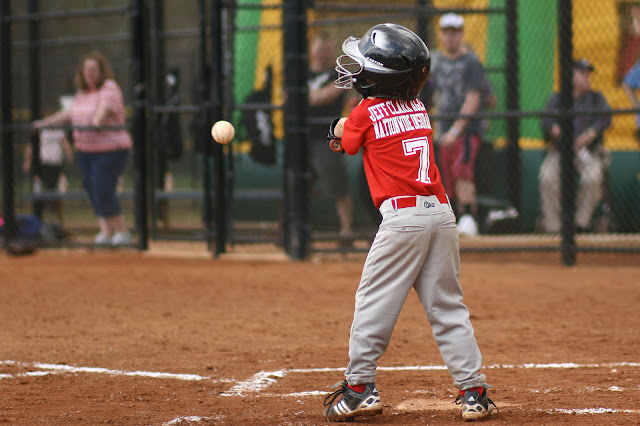 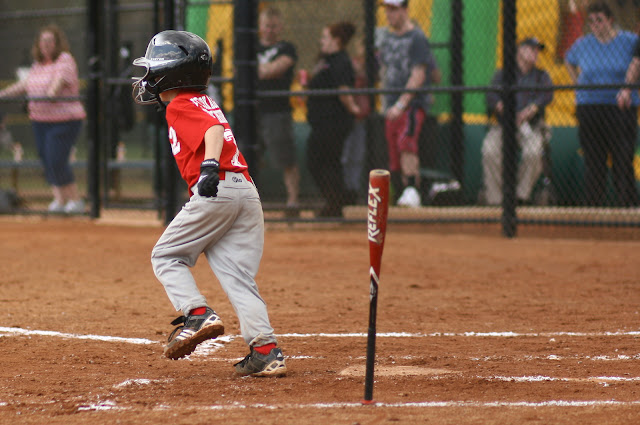 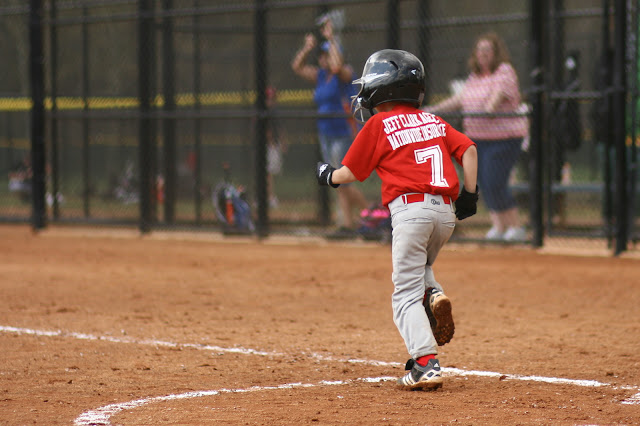 Made it to third base... 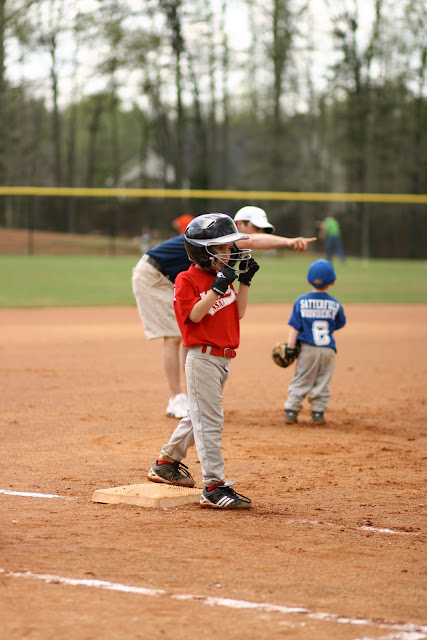 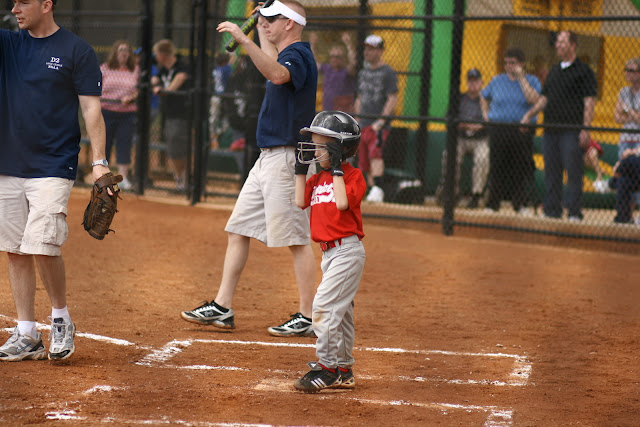 (luckily he has not learned how to slide into home plate yet. Many, many of his fellow teammates did that, even when it wasn't necessary!)

At the end of the game, his coach gave away two "game day balls" to players on the team. Jayce got one of them. 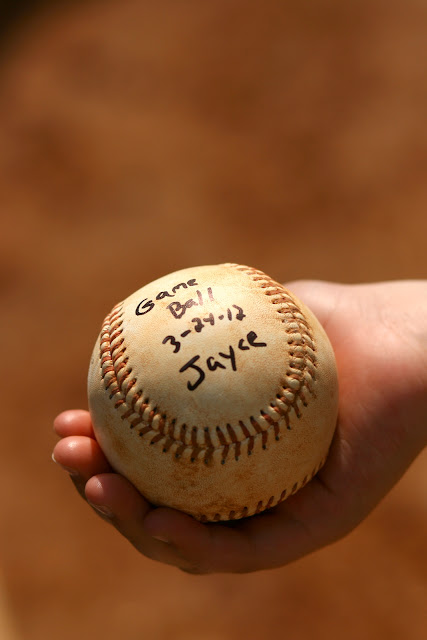 It was an awesome day! I can't wait for more games!
Email Post
Labels: baseball Jayce