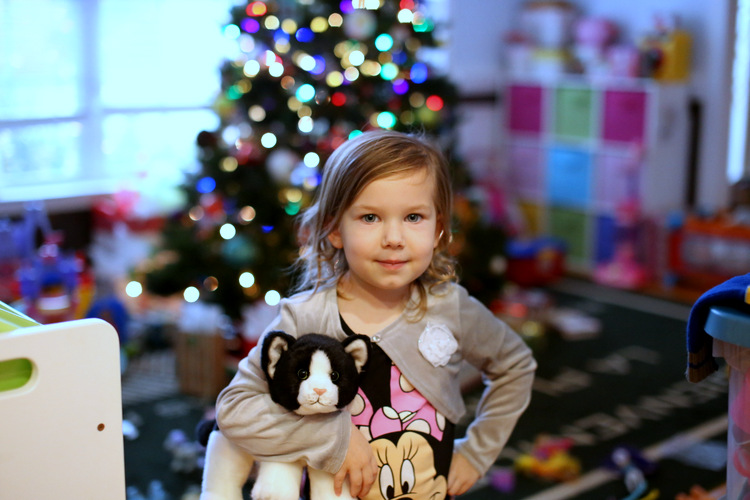 It's just not Christmas without a short sleeved Minnie Mouse t-shirt and a kitty cat. At least, according to Jocelyn.

Overall, we had a good holiday season. We might not have done everything on our bucket list, but we spent time together as a family, and that's what's important. 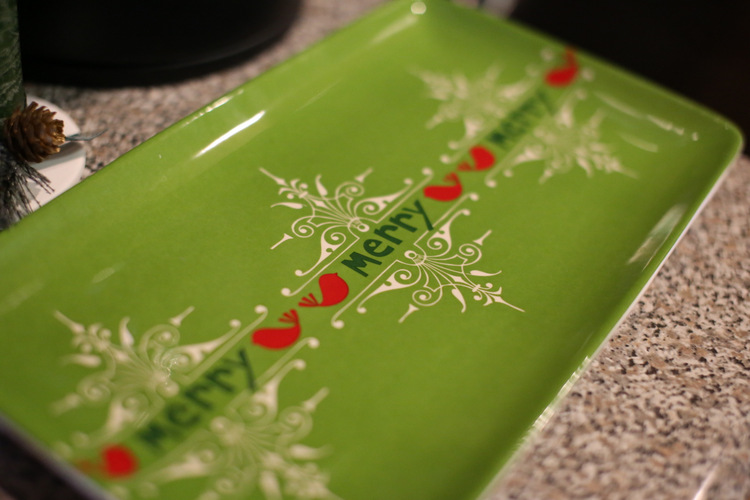 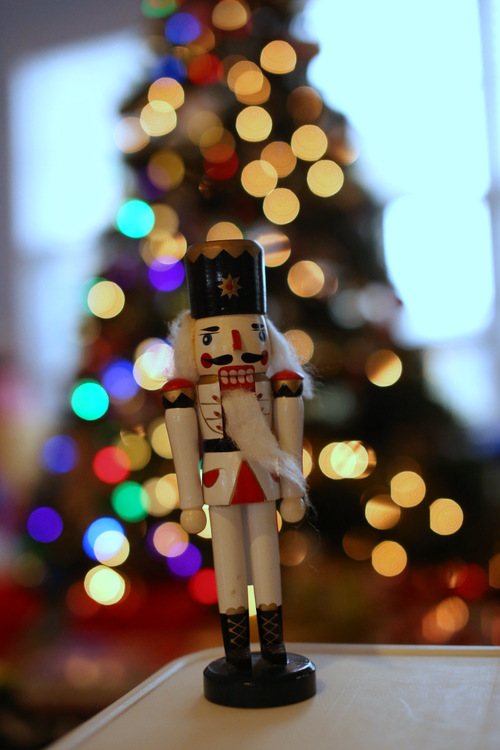 You don't know what will become a tradition or become ingrained in your children's memories until years later.

This year Jaina was so excited to get our Nutcracker collection out. We also took Jocelyn to see the Spartanburg Ballet production of the Nutcracker at Twitchell Auditorium. Not only did she love it, but she hasn't stopped talking about it. If any of the musical scores come on from a show or a commercial, she immediately recognizes it and says, "That's from the Nutcracker!!"

I don't remember when we started the whole "Open PJ's on Christmas Eve" thing, but I do remember the first year we did it, my kids were not impressed.  They wanted to open a real present on Christmas Eve, not some crummy boring clothes. At some point, their attitudes changed and now they look forward to their new jammies :) 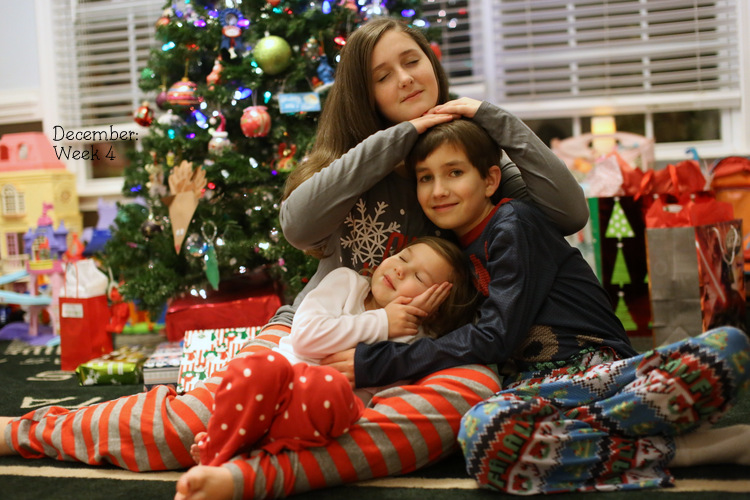 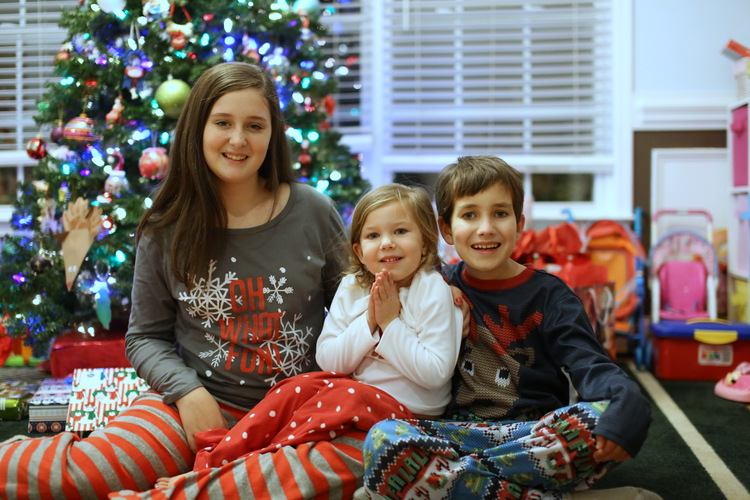 I did everything I could to ensure that Jocelyn WOULD NOT nap on Christmas Eve. It's hard enough to get Jayce to go to bed at a decent time because he's so excited. Finally the kids were all asleep. Cookies were left. Letters were written. 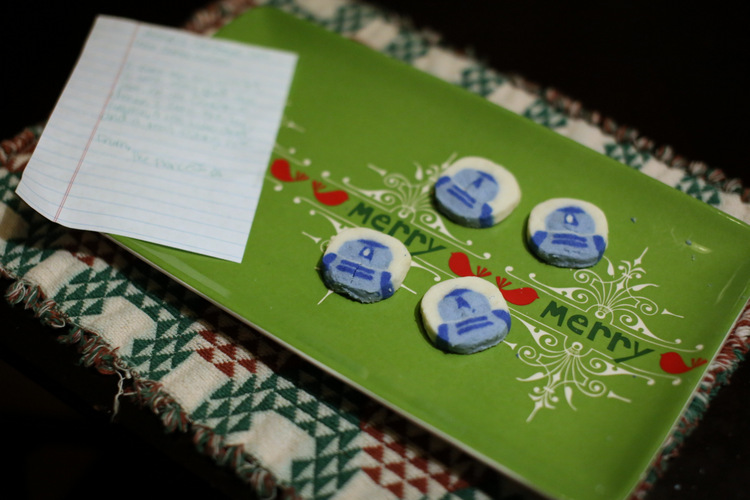 We told the kids to let us sleep until 7. Um... I think they made it until 6 AM? They woke Grandma up first. They couldn't contain the giggles and excitement so I woke up not too long after. We dragged Brian out of bed at 6:45. 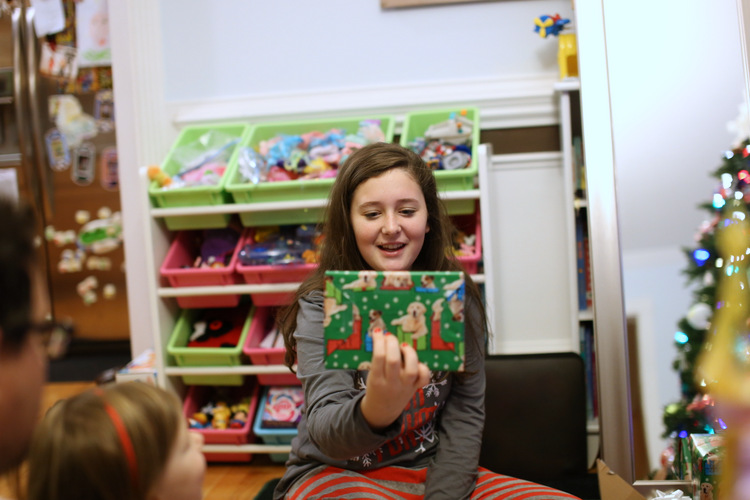 Jaina's presents from Santa:
- 3 Movies (Legally Blond, Clueless, 10 Things I Hate About You)
- a full length mirror to hang over her closet door
- a make up kit
- monogram necklace

From mom and dad:
- a new North Face jacket 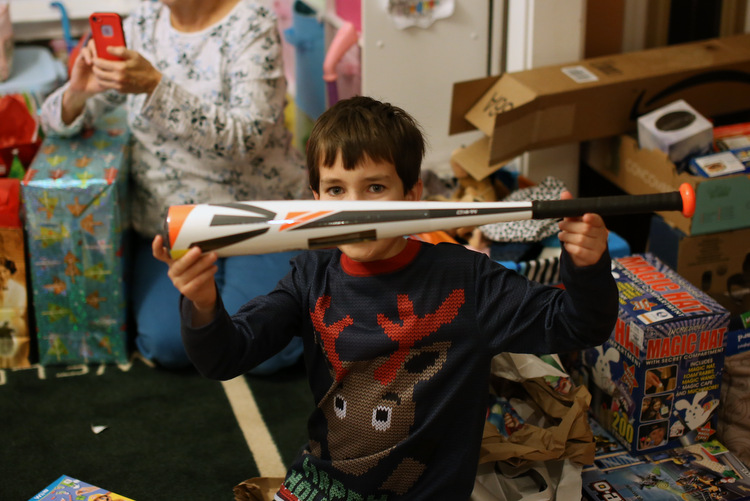 From us:
- a new computer 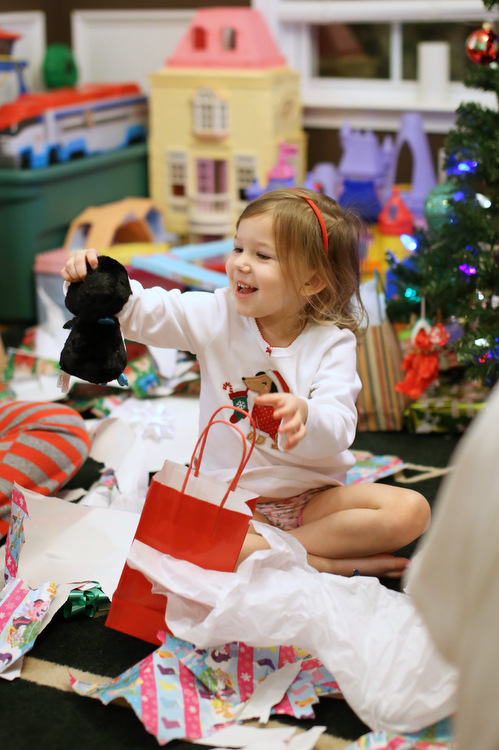 Jocelyn screamed when she opened every present. It was so cute and funny!

From us:
- Canterlot Castle (for MLP)

From family:
- kittens in a carrier, all the equestria girls, MLP board game,  Rarity's dress up shop, Twilight Sparkle's carriage. 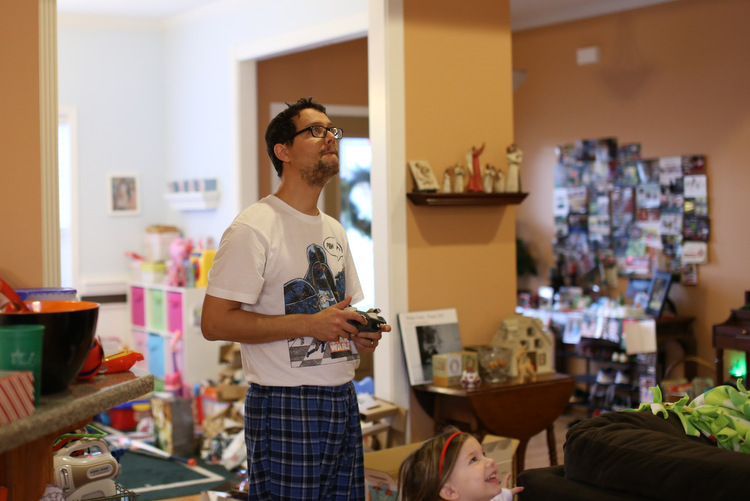 Brian claims it was the "best Christmas ever" because he got an Airhog Millennium Falcon. He loves that damn thing.

As for me, I got not one, but TWO stylish and functional new camera bags!

And I was able to record great pictures and videos on my new Canon 6D. :) This is one happy photographer!

I hope all my friends and family reading this had a wonderful holiday season as well!
Email Post
Labels: christmas pre-christmas