I, personally, have never eaten a macaroon in my life. Nor did I really have any desire to do so.

Somehow Jaina got it in her head that she would LOVE macaroons. And she wanted one last weekend. I told her we'd buy some at the grocery store next time but instead, she was set on making some herself.

She looked up several recipes online and found one that sounded good. Now, I have no idea if this is how you are supposed to make macaroons or not. Brian, my mom, and I both thought macaroons had to have coconut in them. Yet, this recipe called for almond flour and cocoa and didn't have a hint of coconut in there. I now have learned there are 500+ recipes online for macaroons and you can flavor them how you want. 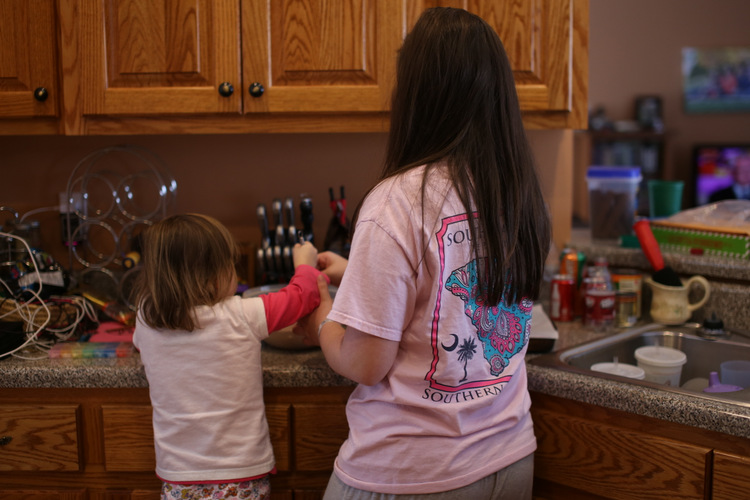 Some recipes call for a sifting of the almond flour to get the lumps out. Ours did not. It was lumpy. 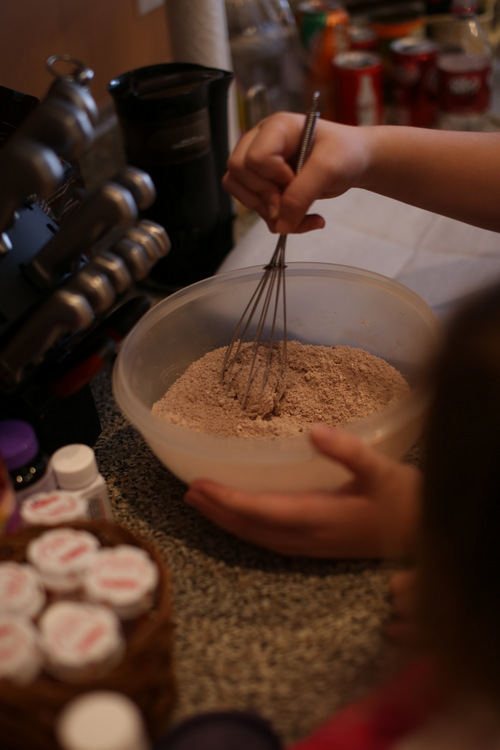 Photographic evidence as to why I don't let Jaina bake often: 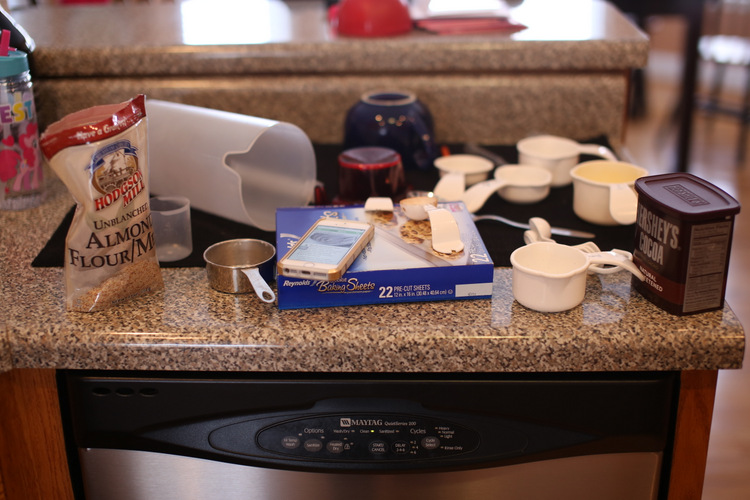 Making macaroons calls for some pretty advanced baking skills. Jaina had to learn how to separate eggs. Thank god for YouTube! She used the water bottle method. 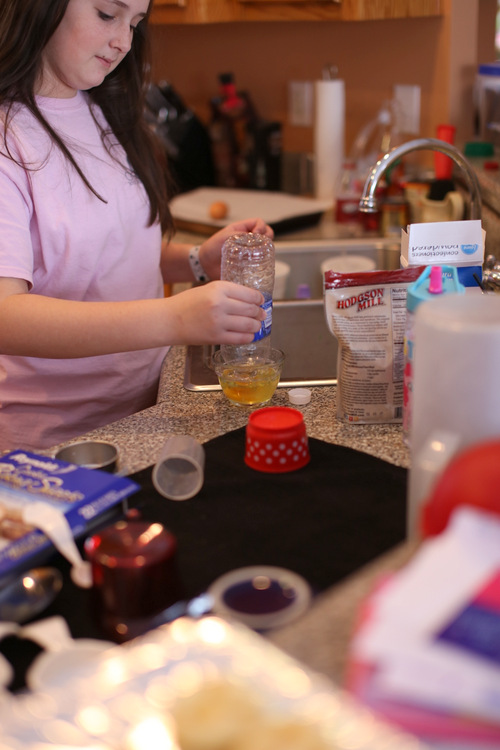 Next, she learned to beat egg whites into a meringue.  I had never seen this done, either. We were both pretty impressed that egg whites can turn into stiff white stuff. Whoever thought of doing that??

Jaina added some pink food coloring. Unfortunately, we didn't put enough to balance out the brown from the cocoa powder. 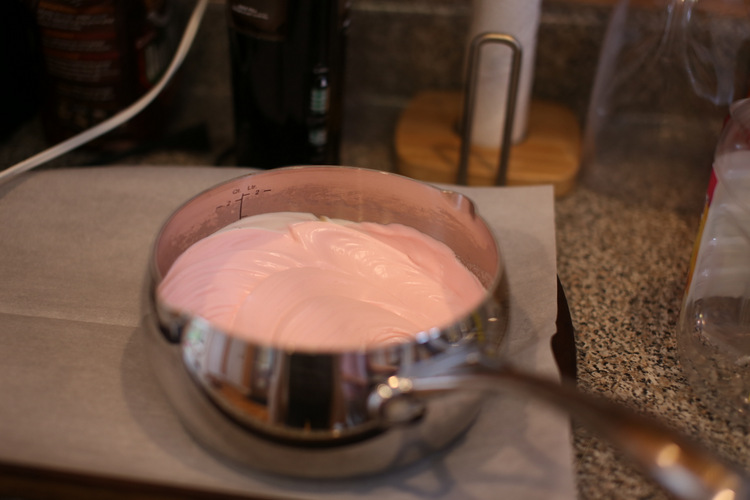 She also learned what it means to "fold" something into a batter.

And we also learned that we don't have the correct tip. Instead of a large circle tip, we had to use a scalloped one. It was really difficult getting the shapes uniform. 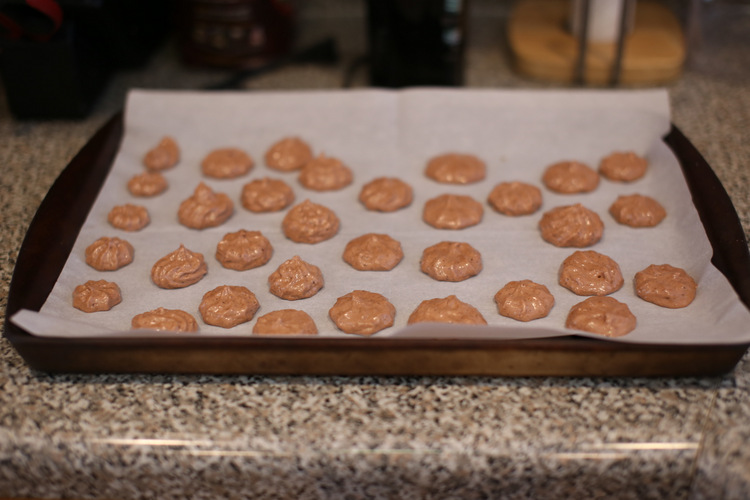 And here's where it got tricky... Jaina read that the next ingredient we needed to make chocolate ganache was "heavy cream", which we totally don't keep on hand. I googled "making ganache without heavy cream" and tried adding corn starch to regular milk. Total failure. We ended up using a can of icing for the middle. 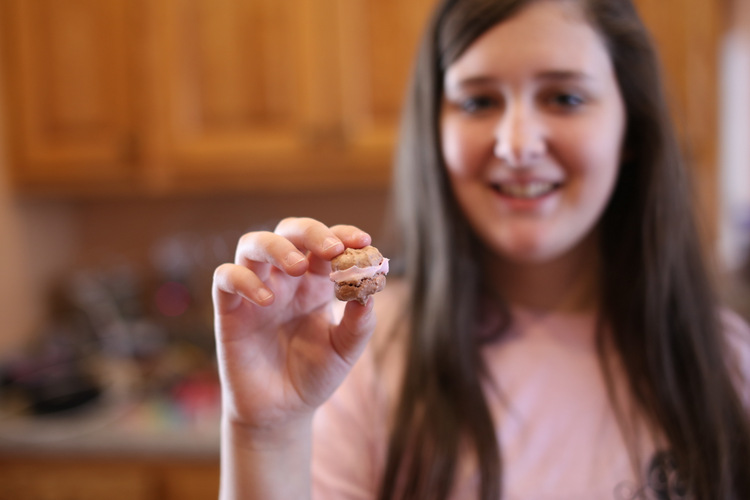 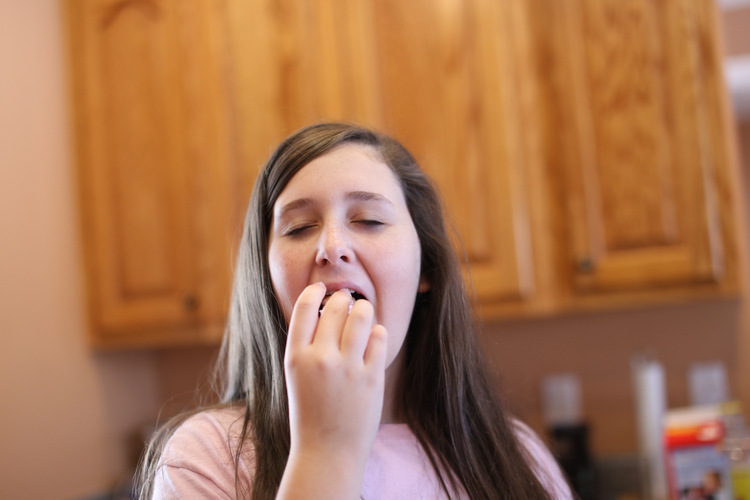 Jaina was happy with the taste. I thought they weren't worth the trouble. I think we'll buy them from now on :)
Email Post
Labels: Jaina