We got our annual snowfall here in the Upstate!

It started with a wintery mix on Thursday night. We could hear the sleet hitting the windows. It must have changed to real snowflakes sometime late that night because we woke up to a winter wonderland the next morning!

The kids were mad at me because I wouldn't let them go out in the sleet. But it finally stopped and we all bundled up. 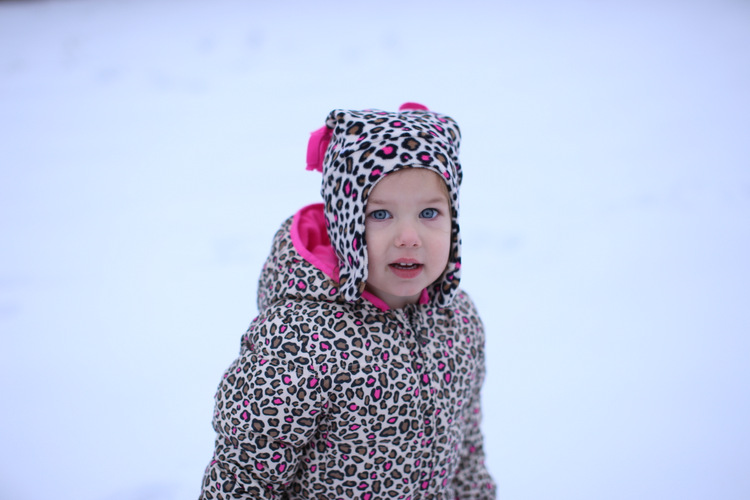 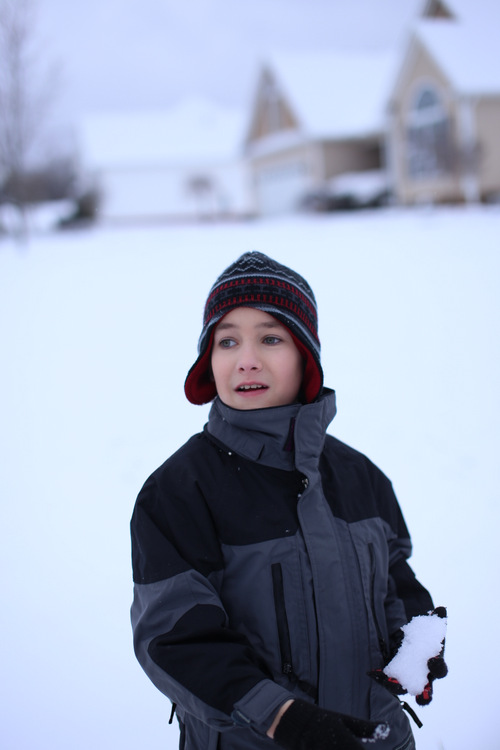 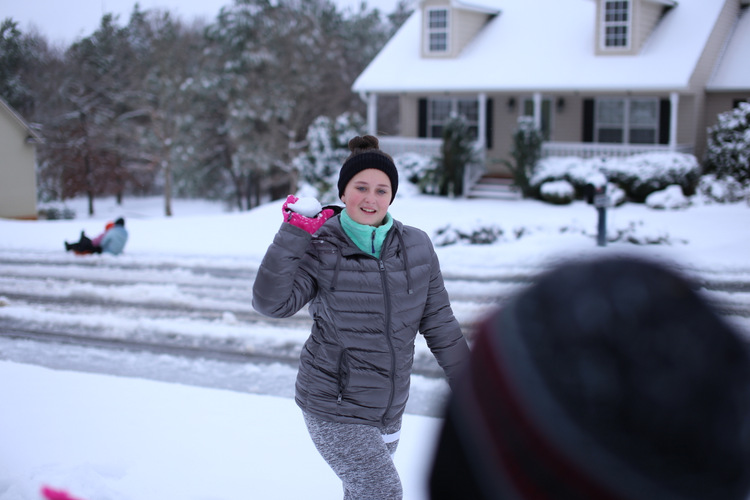 We didn't see any snowfall the rest of the day, but it snowed again in the middle of the night on Friday.

The kids got to enjoy snow on the ground AND the sun in the sky on Saturday :) 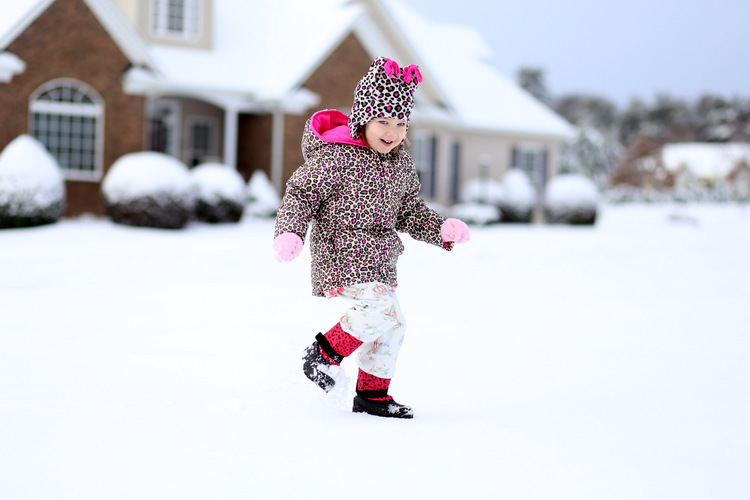 Jocelyn loved it... for about 20 minutes. Then she got cold and needed hot chocolate :) 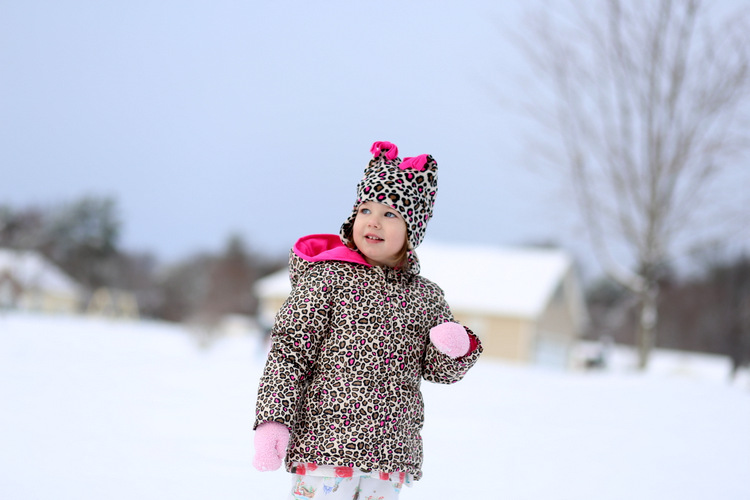 Jaina, my teen, had to "primp" before she would let me take her picture in the snow. Typical teen! 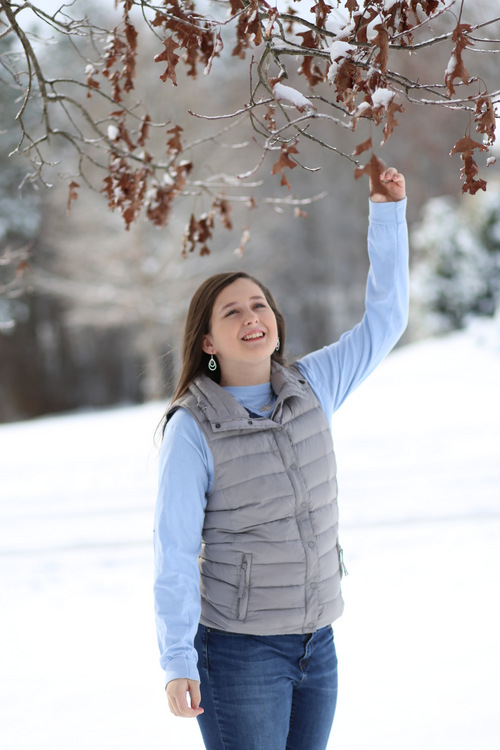 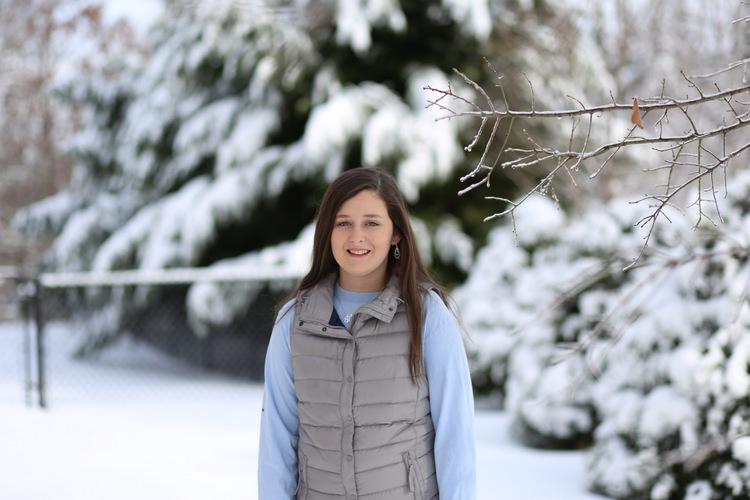 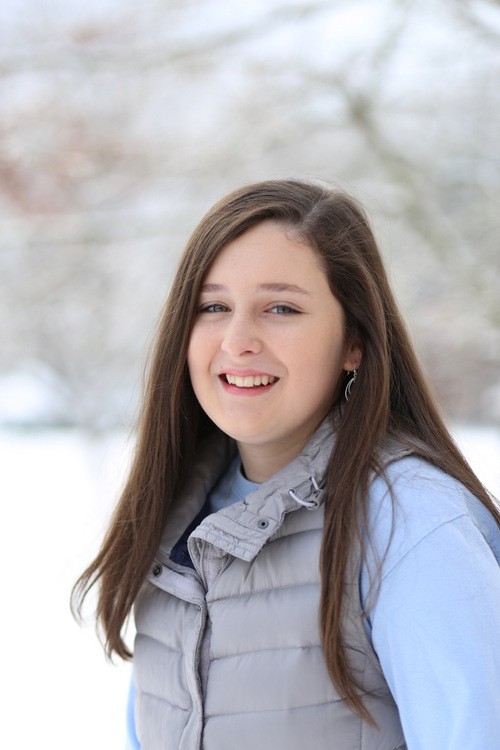 Jayce bravely stayed outside for an entire hour. But he was screaming that he couldn't feel his hands and feet before he came back inside! This poor boy needs some real snow boots and insulated gloves! 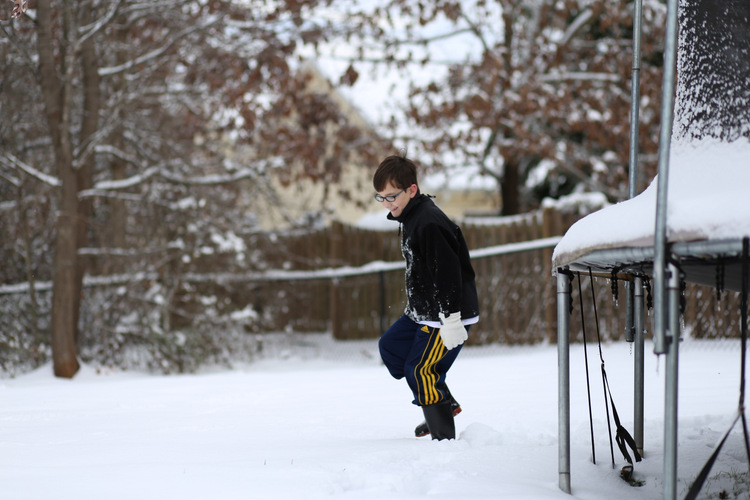 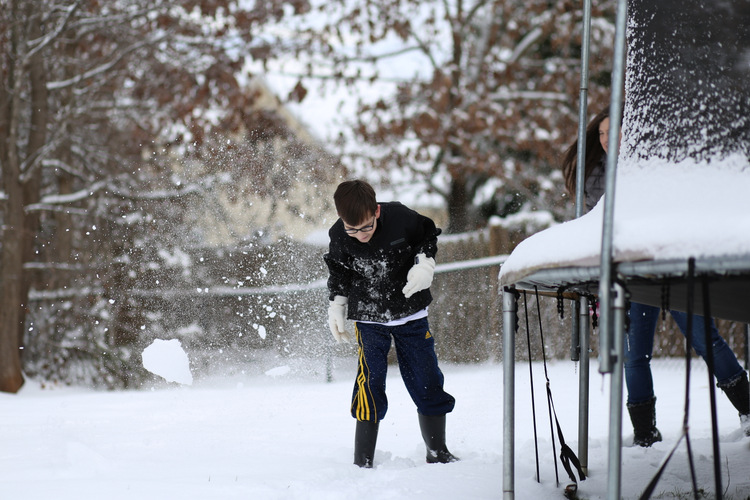 And maybe, just maybe, he should have put on a hat. Just sayin'. 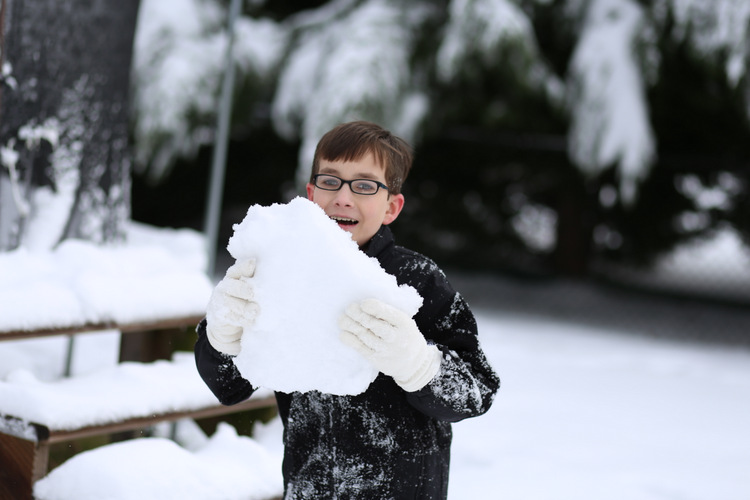 Shaggy liked the snow but wasn't crazy about his ball getting snow on it. He kept trying to shake it off, but it wouldn't budge. 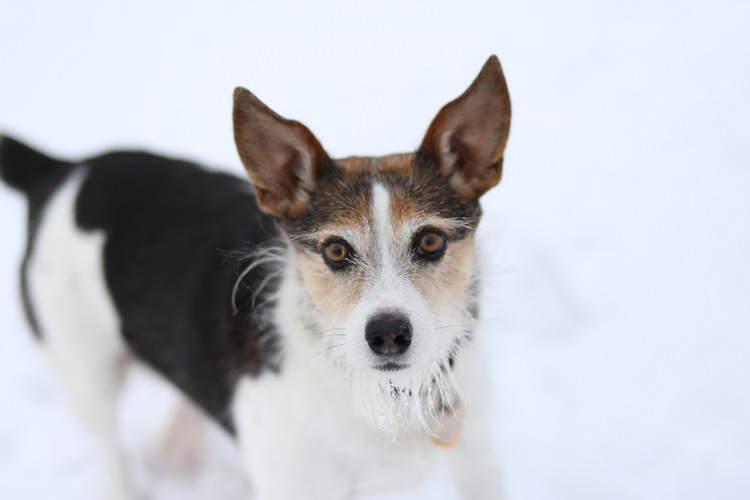 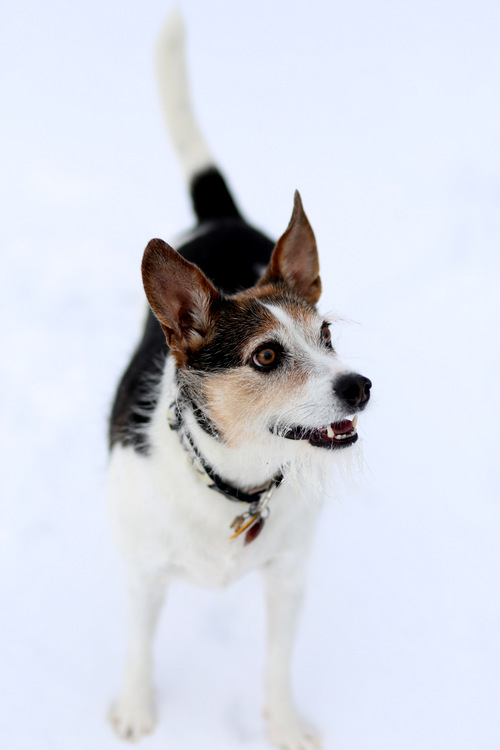 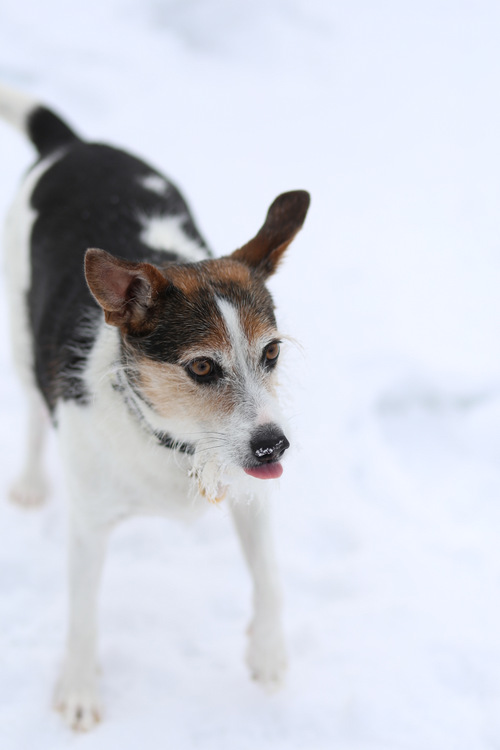 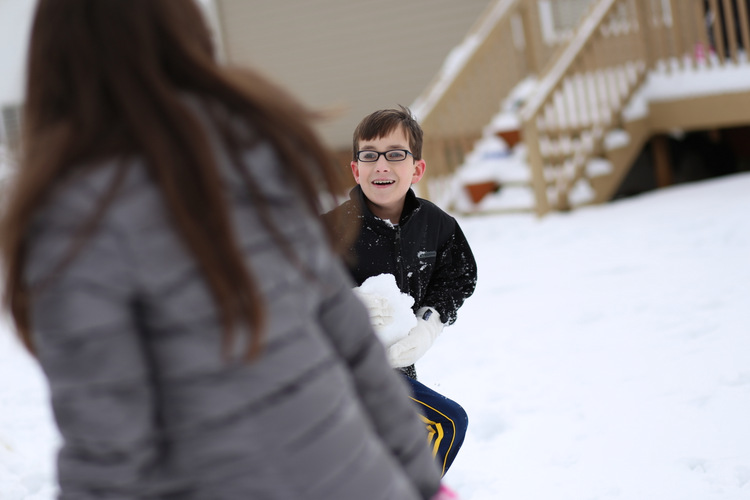 Still friends after trying to hurt each other with snowballs in the face :P 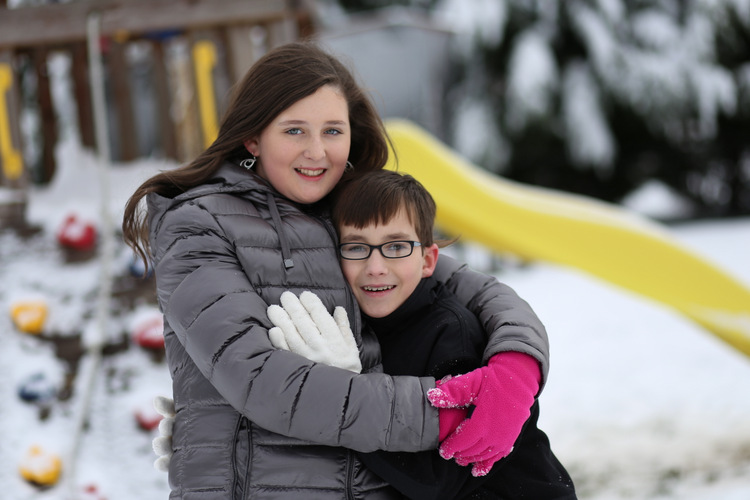 Snow melted enough to make it to Jocelyn's birthday party on Sunday (more about that, later!), but refroze that night. That meant no school for us on Monday and a 2 hour delay this morning.

Will this be the only winter weather we see this season? We'll see!
Email Post
Labels: snow