I have a dad. His name is Lee. He lives in Georgia.

He is the oldest of 5 in his family.

One of his younger brothers is my Uncle David. He lives in Florida.

Uncle David is married to my Aunt Diane. She lives in Florida, but was born and raised in Georgia.

They have three sons, my cousins: Matthew, Dustin, and Brett. They live in Florida.

My Aunt Diane comes from a big family, too. I won't even begin to name them all, but let's just say there are several siblings and all of them have several kids.

I grew up seeing her nieces and nephews fairly often. However, they aren't really my cousins. They are my cousins' cousins. Follow that?

They are all getting married and having babies of their own :)

How cool is that??

And it just so happened that my cousins (Matt and Brett) and their cousins (Jay and Chris) and their uncle (Jimmy) booked a live concert at a local bar and grill just 2 minutes from our beach condo. Of course we went! 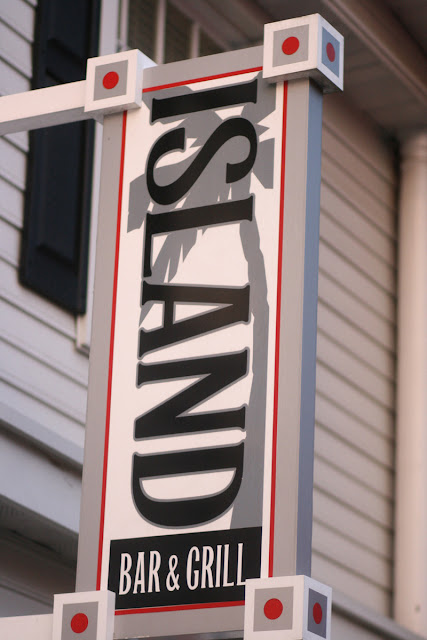 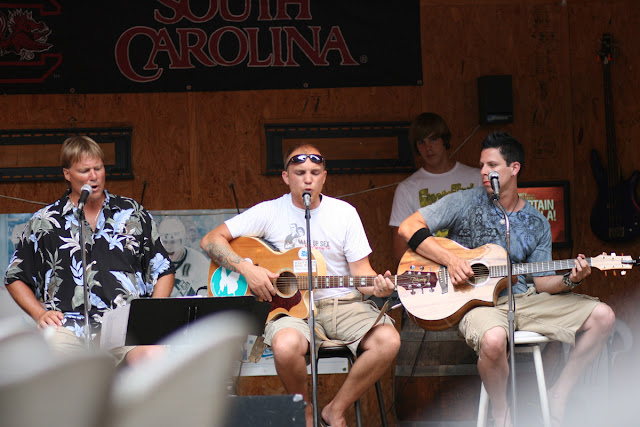 The guys had a very captive audience: But even more fun than watching is actually doing: 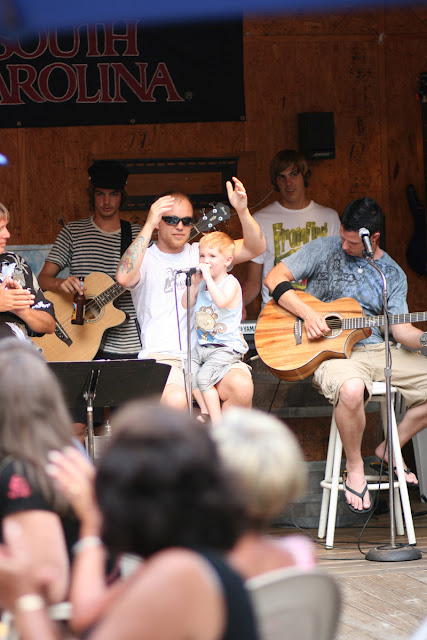 Brody sang his favorite song of all time, the theme to Thomas the Tank Engine. That kid's got great rhythm!

Can anyone guess what Jayce tried to sing? 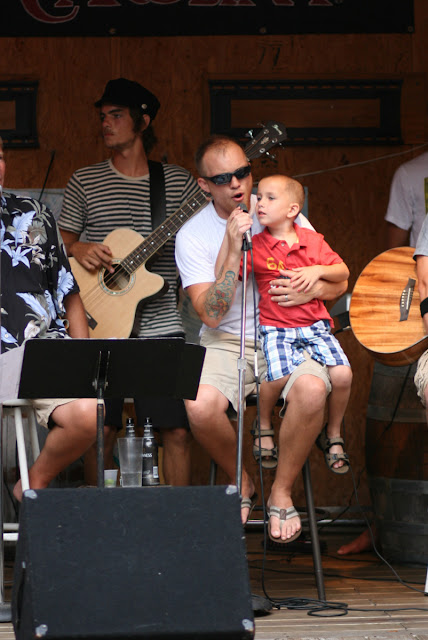 I'll give you a hint... its his favorite song to play on Rock Band. 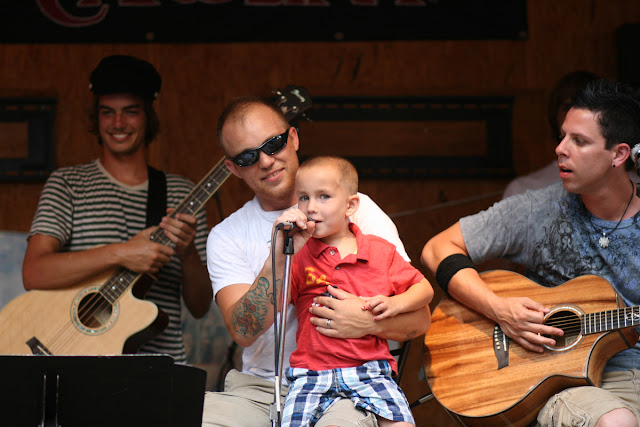 He was just a *tad*  bit excited with all the attention :) 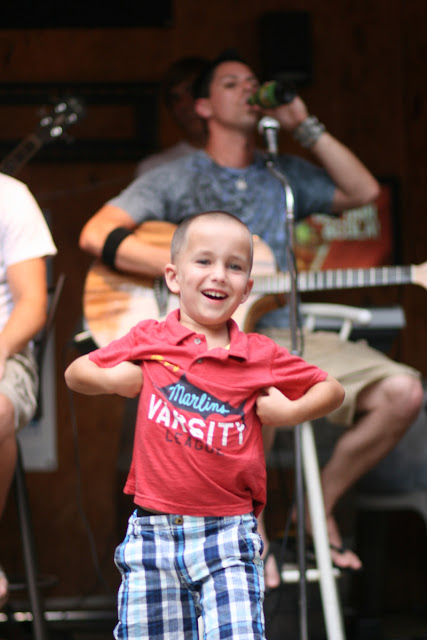 Jaina had stage fright, unfortunately. But that's okay :) She made a new friend that night. 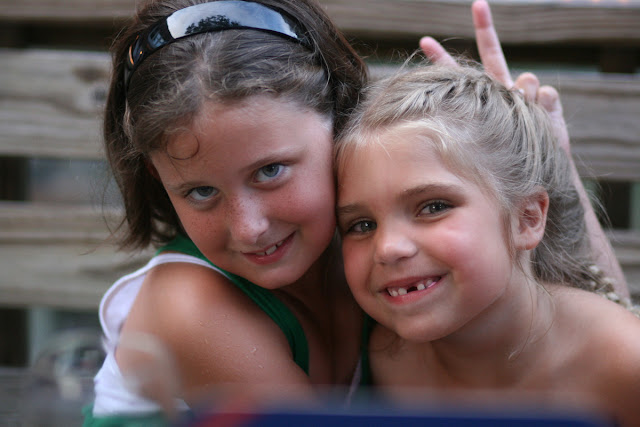 Then it was Kaya's turn to sing. 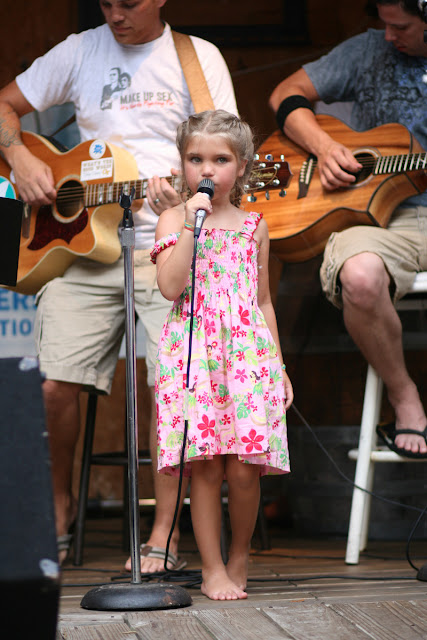 If Star Search was still on, she should definitely be on it! Talk about nailing the songs! The audience was treated to renditions of both Miley Cyrus and Taylor Swift's popular songs. Go Kaya! 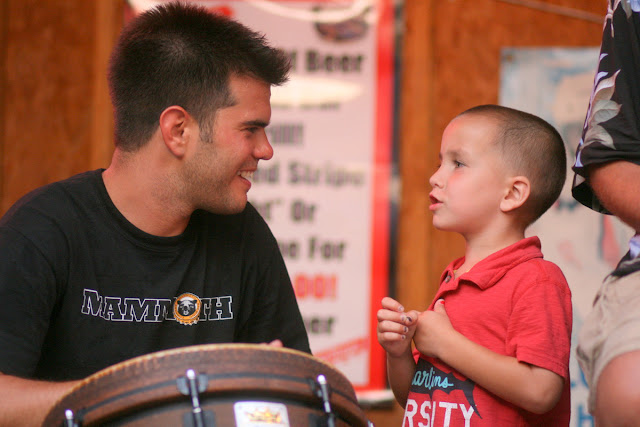 I just love that picture of Jayce and my cousin Matt :) 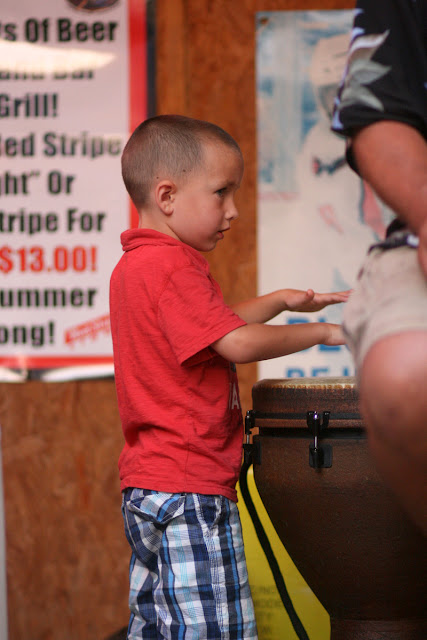 I can't begin to tell you how much fun this night was :) Seeing everyone again after all these years was too sweet for words.

One notable person was definitely missed by all :( My aunt Diane's father passed away just weeks before the trip. Jim Lovern, or "Paw Paw" as everyone called him, was the heart of the entire family. There were many tears that night as everyone remembered his fondness for his family and the yearly trip to the beach.