Surprisingly enough, the member of the household that is having the hardest time adjusting to Jocelyn being here is our dog, Shaggy.

We found Shaggy roaming our neighborhood almost two years ago. He was a sweet and gentle dog, very traumatized from pain and abuse. He was very happy to find a home with people that fed and pet him.

Shaggy knew that Alli, our dog that passed away 9 months ago, was the one in charge and he never tried to usurp her authority. He knew that Alli's place was with Brian and Jaina, most of the time in their laps, and he would lay on his dog bed on the floor and wait to be invited onto our couch.

It was rough on Shaggy the night that Alli died.We had never heard Shaggy sound so mournful or look so sad. He was very lonely.

Soon after, we adopted another dog named Jackson to keep Shaggy company and to try to help us heal from Alli's death. Um... I'm trying to remain calm just thinking about the chaos that ensued after Jackson came to live with us. It was not pretty. He was not the right dog for us at all and Shaggy suffered emotionally and even physically while Jackson was with us.

After we sent Jackson back, Shaggy finally came out of his shell. He decided that being the only dog of the family was a pretty good thing. He found his place on Brian's lap at the end of the day and also started adopting an Alpha dog's demeanor. Shaggy now is the one that barks at noises at night, brings us "presents" of critters that live in our back yard, gets upset if one of the kids is crying, and thinks he owns the couch.

He doesn't quite know what to do with Jocelyn, however. I think he likes her okay... but only when I'm holding her. He tends to get jealous if Brian, Jaina, or my mom interact with the baby and not him.

The other day, Jocelyn was laying on our bed hanging out while I got dressed. 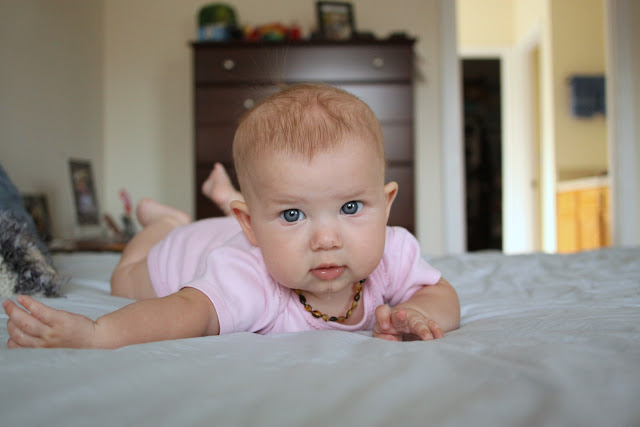 Brian happened to be passing through on the way from the bathroom, so he stopped by to lay down next to the baby and grab her attention.

Immediately, Shaggy bolted from his bed in the living room to get in on the action. 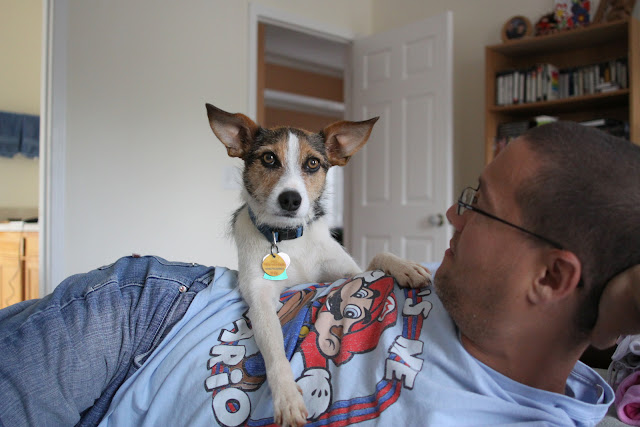 And no, Shaggy is not allowed on the bed. Well, at least not by me. Brian and Jaina won't make him get down, so I fight a losing battle with that one. 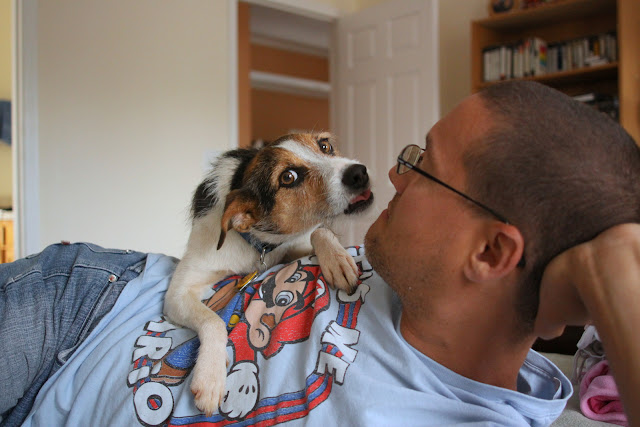 I love that Shaggy is still looking at me while he leans over to lick Brian in the face. He was watching to see if I'd make him get down from the bed.

Brian decides to mess with Shaggy a bit and kiss the baby. 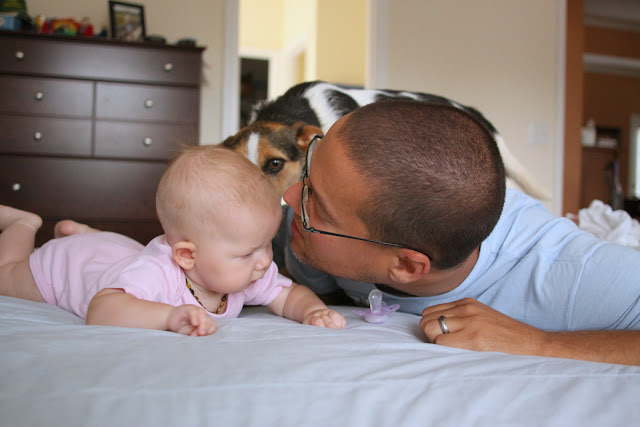 Shaggy has to be in on the action, too. 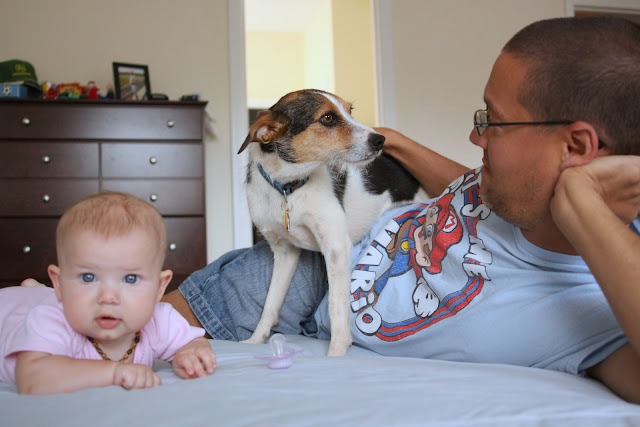 "Let me prove it to you with some more kisses!" 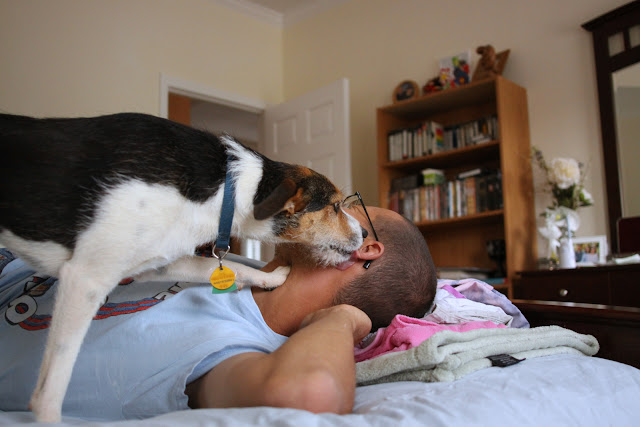 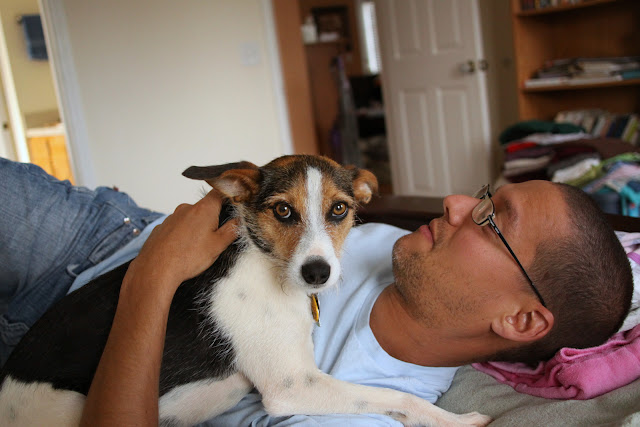