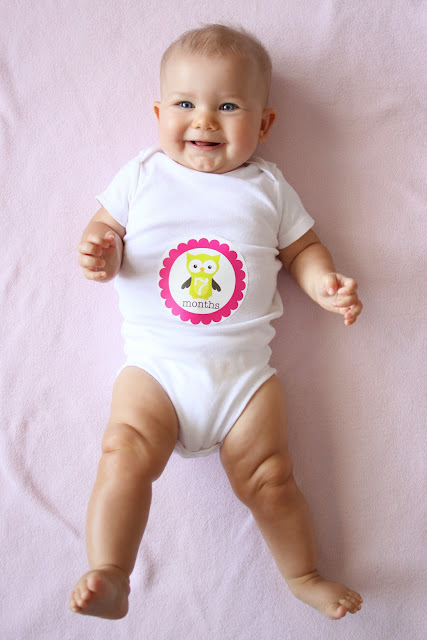 And as of last week, she is sitting up all by herself! I don't have to worry about her falling over and smacking her head on the floor. I mean, it could still happen, but its most likely not to. She knows how to get into a tummy-laying position from the sitting one. 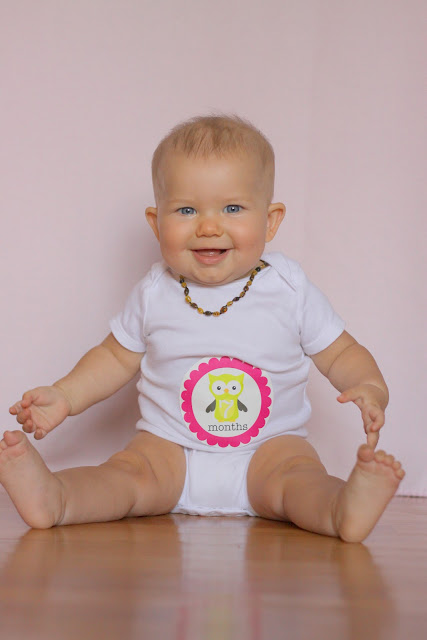 And because I couldn't resist trying on her little pettiskirt that has been too big for her until now... 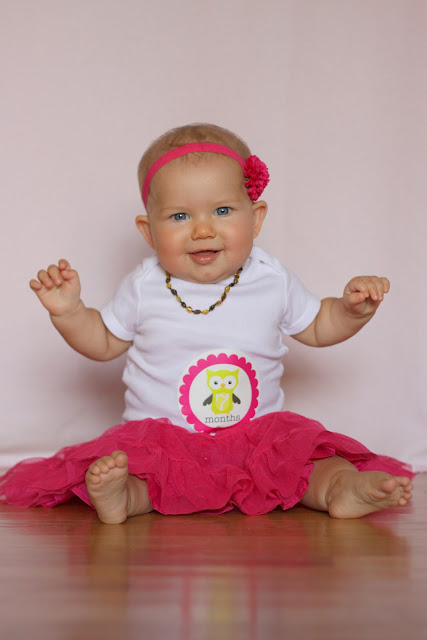 At 7 months, Jocelyn is:

- taking a bottle 3 times a day, nursing as much as I can get her to between those bottles.
-eating a fruit mixed with rice cereal (she loves that starchy paste stuff, yuck!) for breakfast, a veggie for lunch, and a "dinner" with meat and veggies for supper.
- drinking water out of a sippy cup.
- sitting up for longer periods without falling over
- napping 3 times a day
- sleeping almost from 9-6:30 without waking up. She still likes to party at 4 AM for some reason.
- dragging herself across floors with her arms. Its not quite the sophisticated "army crawl" that Jayce had, but it gets her where she needs to go.
- clapping her hands together
- saying "da da da" when she sees Brian. I'm still not sure if its babbling or her actual first word, so not sure I'm counting it just yet.
- grabbing jewelry, hair, remotes, cell phones, and laptops. She thinks if you have it while you are holding her, its really hers.
- smiling non-stop
- chewing constantly on hands. Still waiting for first tooth! 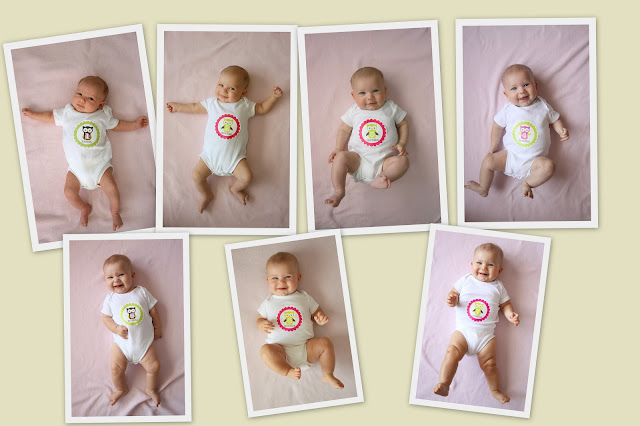