Happy 9 Years to us!

On July 31st, Brian and I celebrated our 9th Anniversary together. Wow, I can't believe that next year will be our 10th! Or that I've put up with his gooficity (a Brian made up word) as long as this!

Normally we head to Chimney Rock for our anniversary weekend and leave the kids for 24 hours with my mom. However, I don't like leaving nursing babies, so we've missed a couple of years to this.

I was all set to book our Bed and Breakfast reservation when Brian came home from work with an even better idea...

How about an all-expense paid trip to Grove Park Inn during the 3rd week in August?

So we just went out to dinner with our kids instead on our actual anniversary. Nowhere special. Just Applebee's! 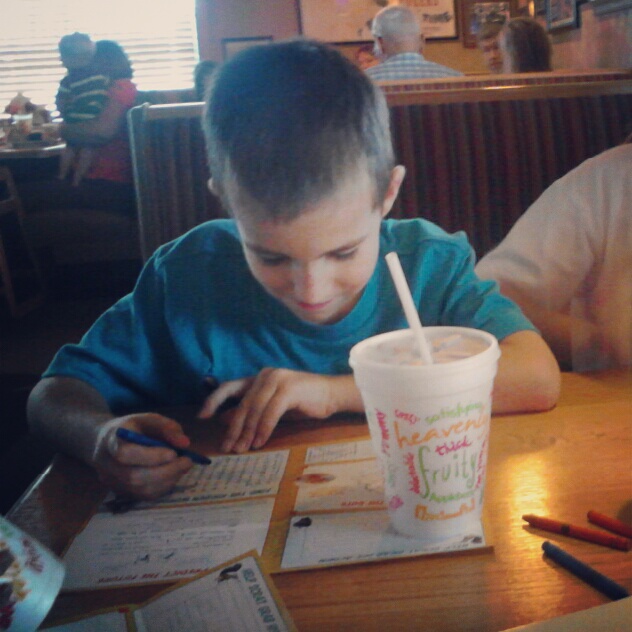 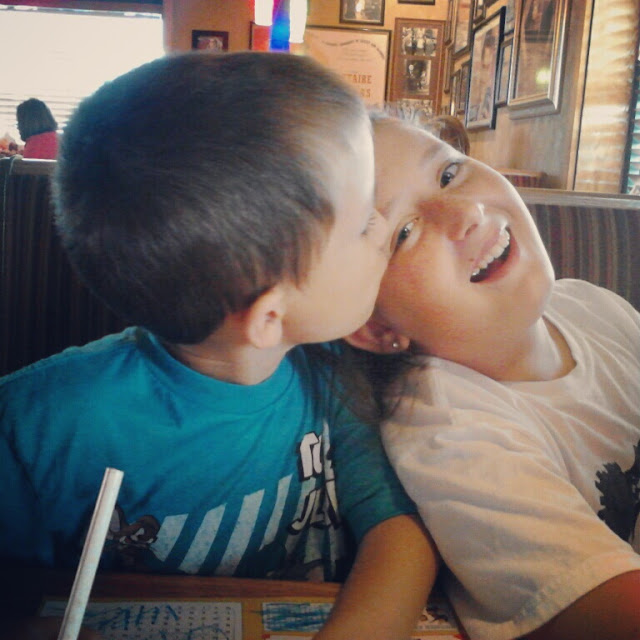 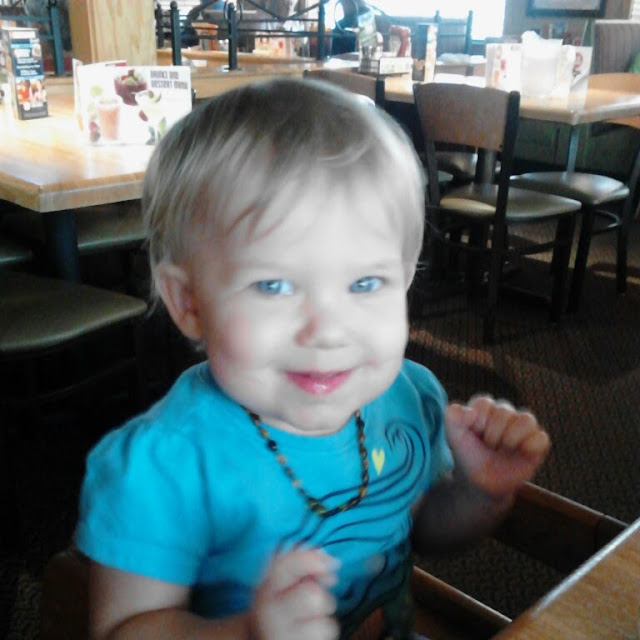 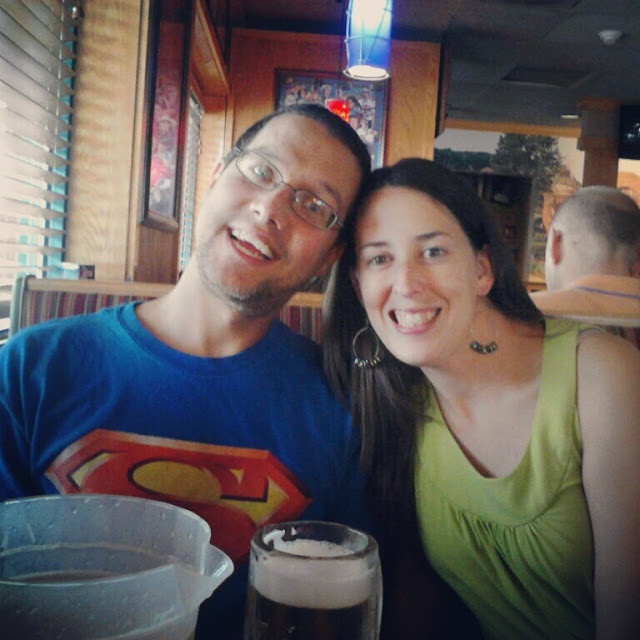 Less than a month later, we were on our way! 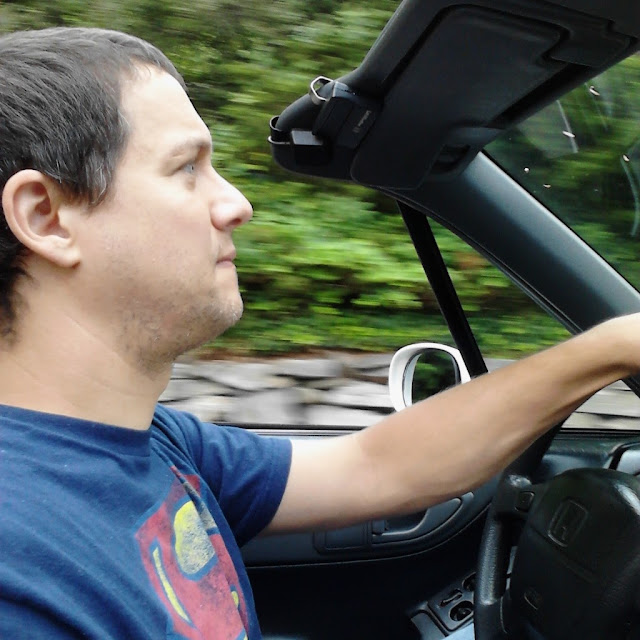 We hardly ever drive the convertible anymore so I had forgotten how fun it is! 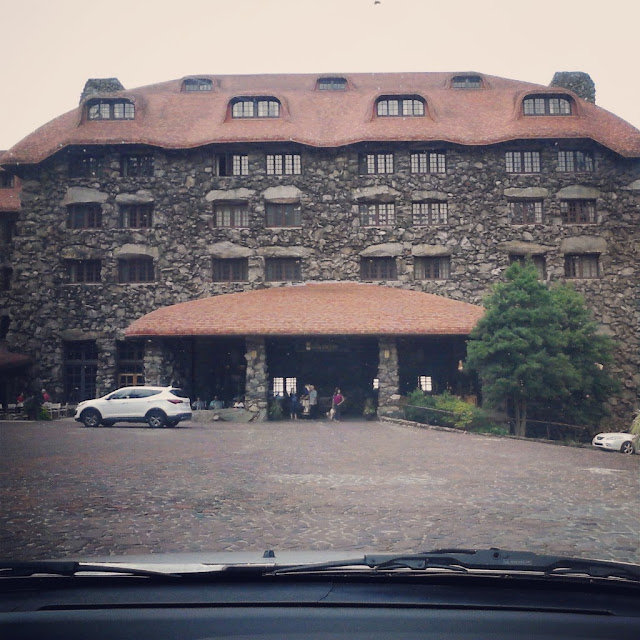 Grove Park Inn was very beautiful, but also much older than I expected.

Our room was in the original building. You had to take a small caged elevator to reach our floor. 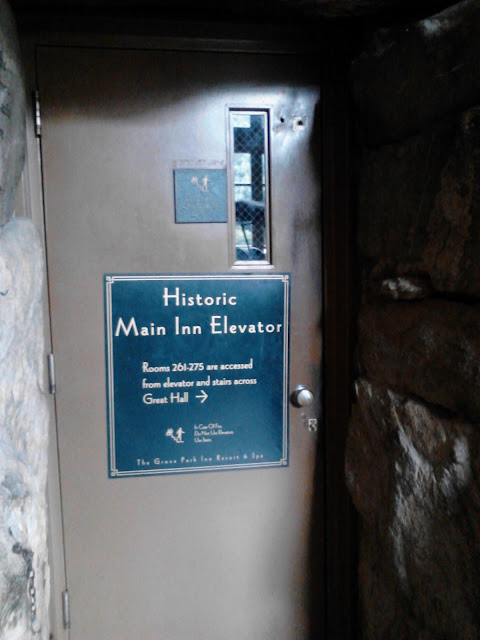 I'm not gonna lie... there was a bit of "The Shining" vibe going on here. 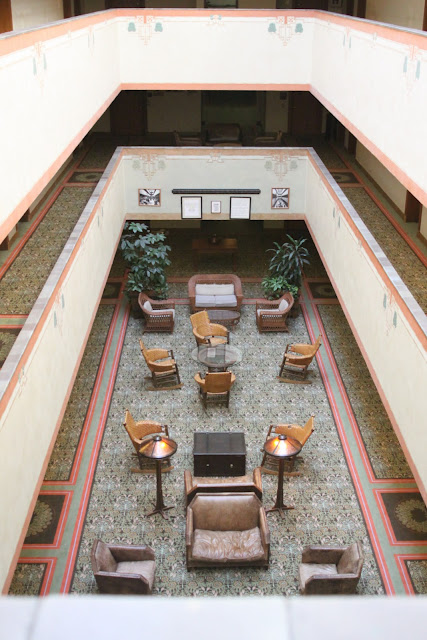 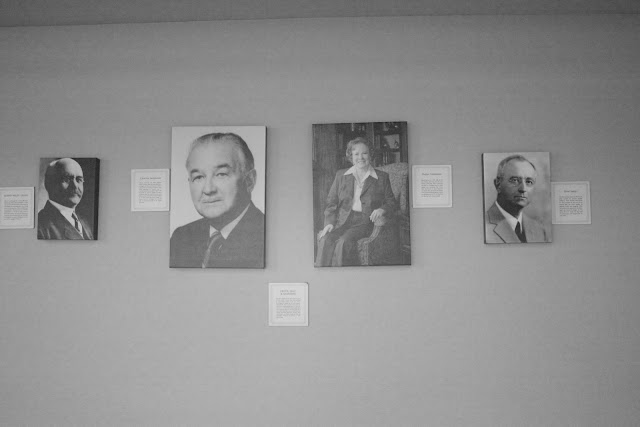 Then I found out that Grove Park Inn is haunted by a ghost named the Pink Lady. She fell from a window in room 545 to her death.

We were lucky enough to be right across the hall. 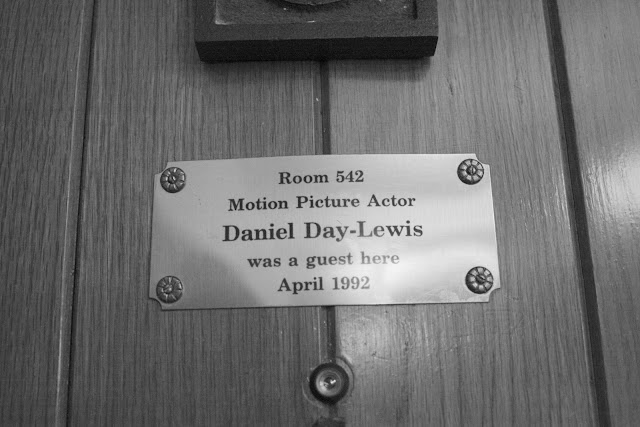 The elevator operator said that sightings have been viewed in our room and in 540. Um, great. Thanks for that.

When we first got there, I had to head downstairs for my Spa appointment. I have never been to a spa in my life. It was surreal. I don't think I will ever get the experience again since I don't think I can justify the price tag that comes with it! But my 80 minute massage was heavenly. And it was all paid for, so that was really nice!

Everyone got a rose after their treatment :) 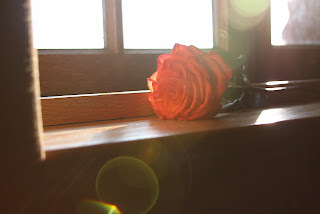 The sun was pretty low by then, so I took my 24mm f/2.8 and walked among the grounds out back. 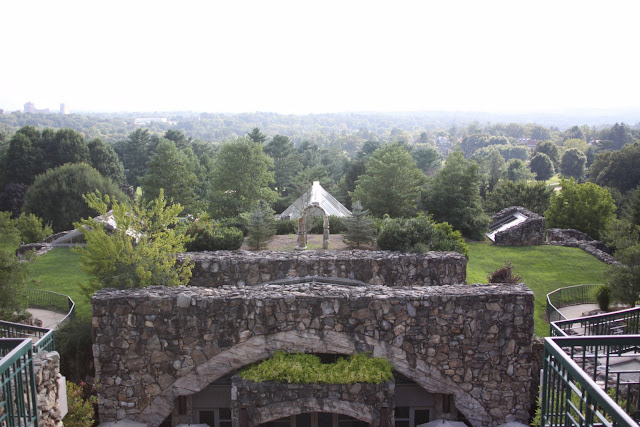 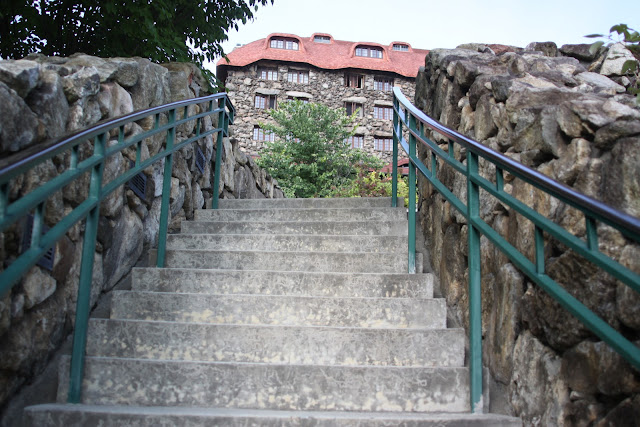 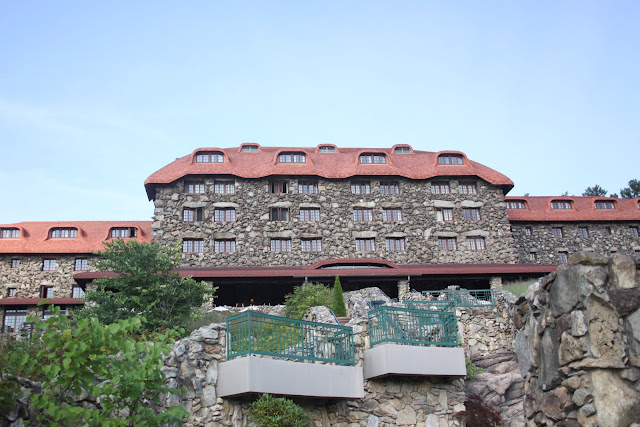 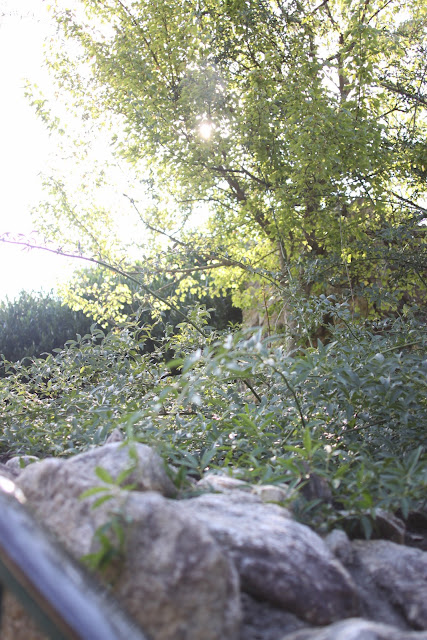 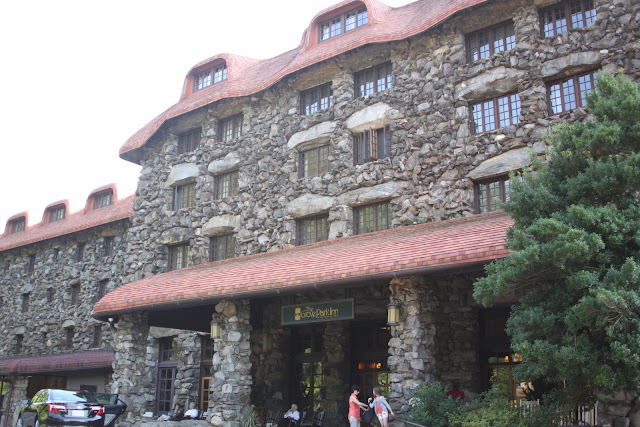 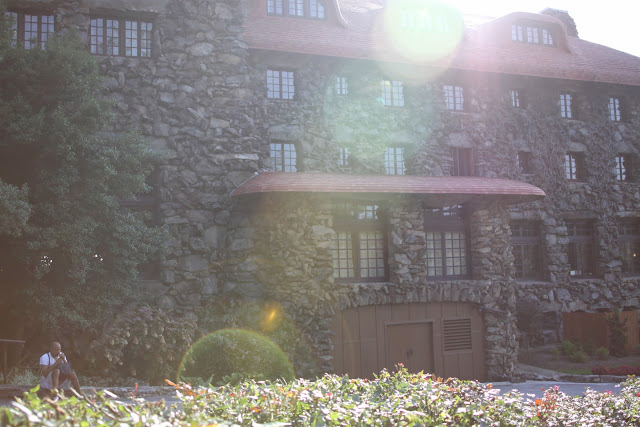 Then Brian's company had a cocktail hour and buffet dinner for us outside on the terrace. 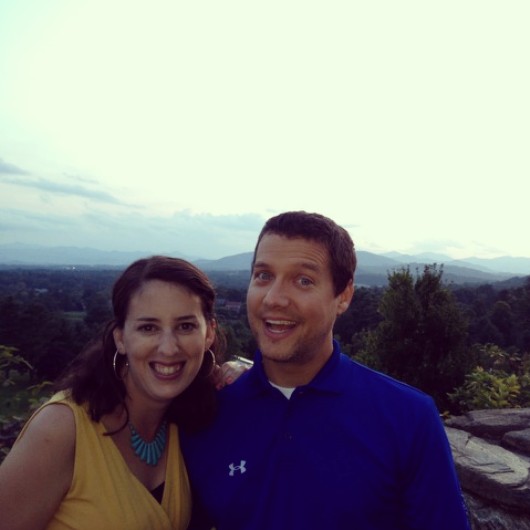 We had a great time!

But I was anxious to get back to this cutie pie :) 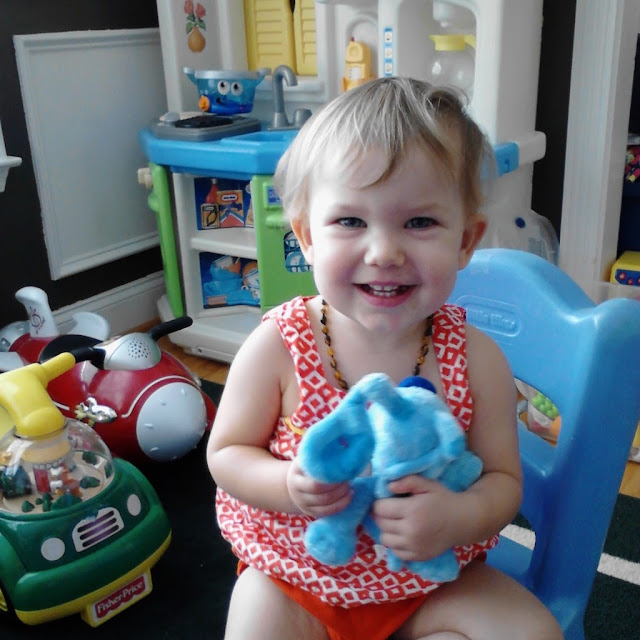