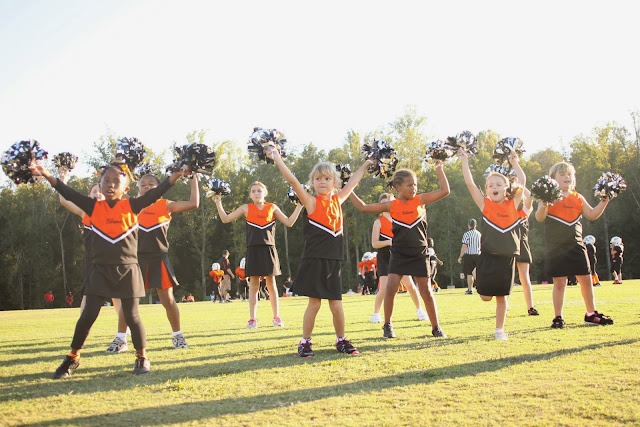 Jaina has been bitten by the cheerleading bug. 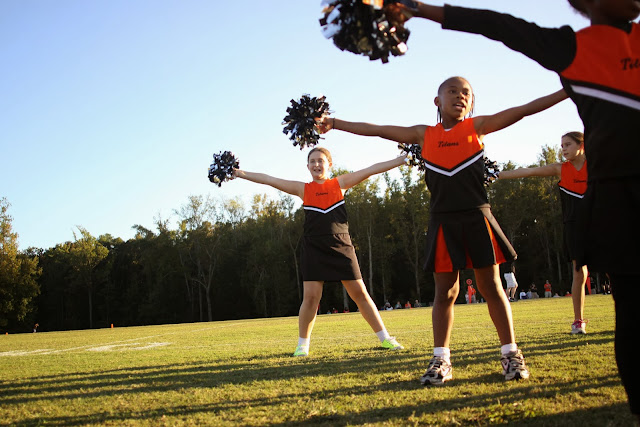 Not quite sure how or why it happened. She had tried Upward Cheerleading when she was in 1st and 2nd grade and it was met with ho-hum reactions. She said it was fun, but then asked to play basketball the following years.

I think it may have been cheerleading camp this past Summer. She went to two different ones and learned several cheers and dance routines that were performed in front of huge sporting event crowds.

Since she's not allowed to try out for her Middle School team until 7th grade, I told her we'd sign her up for some recreational Football Cheerleading instead. We went with D2 NSAA because that's where Jayce plays baseball. 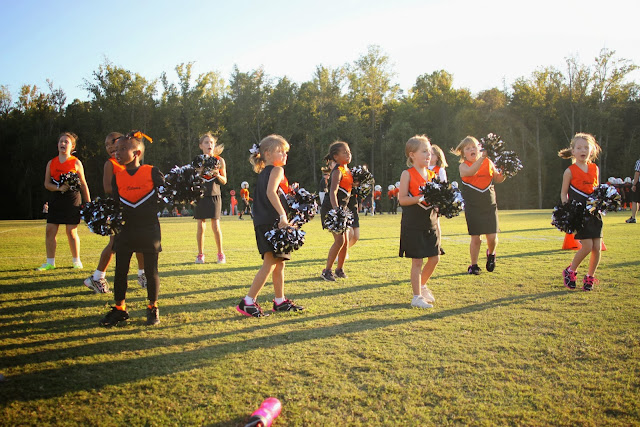 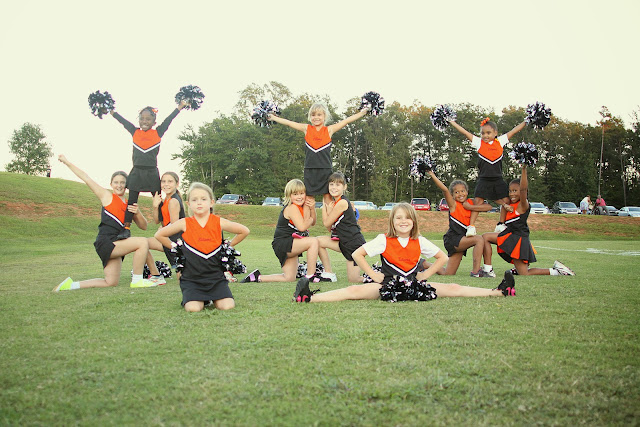 She may be the oldest girl on the squad filled with mostly 1st graders, but she's having a ton of fun anyway :) 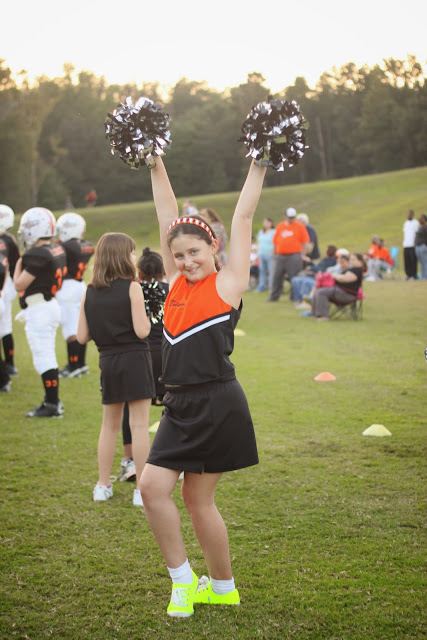