She must get her academic smarts from Brian :)

Jaina was inducted into the Jr. Beta Club last Thursday. It is a scholarly service club  with academic requirements.

The Principal led the induction. 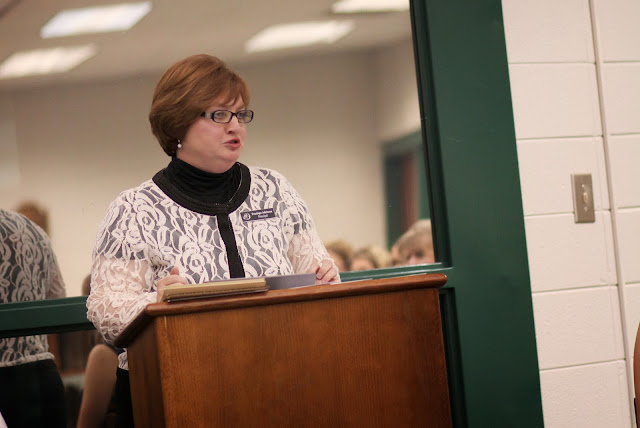 She may have inherited Brian's smarts, but she's got my posture :) 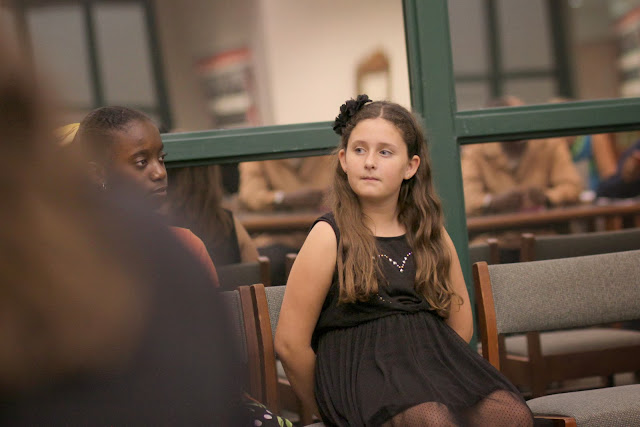 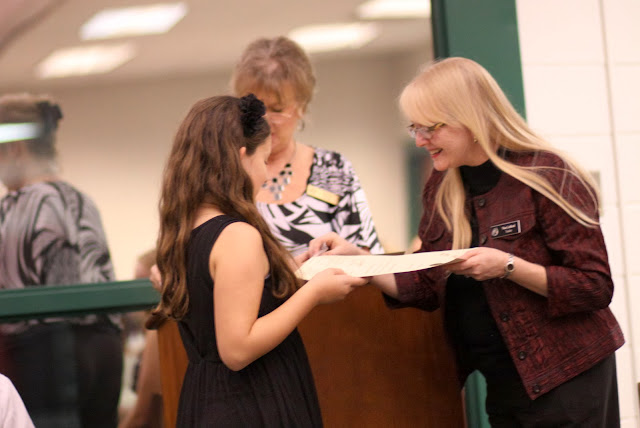 At first, she didn't even want to be in Beta Club. She thought it was boring. And she didn't care about induction. But by the end, she was pretty pleased at her accomplishment. 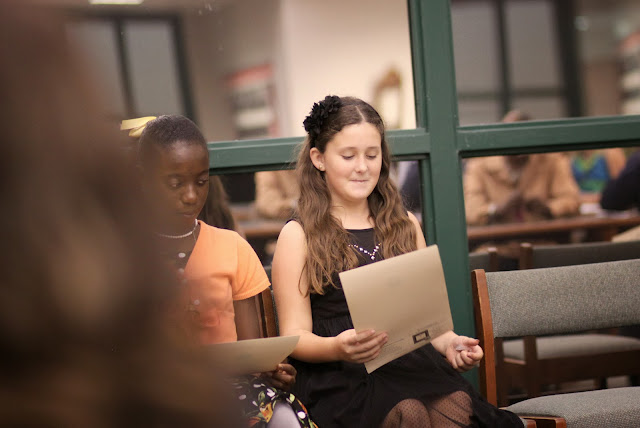 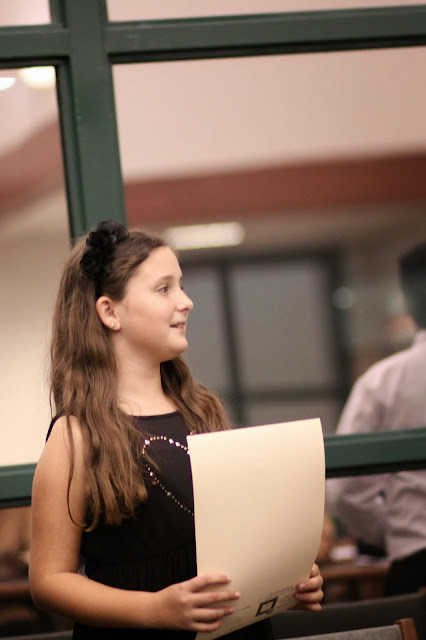 There are over 300 members in Beta Club from her middle school, but only 160+ are active. Jaina was one of a handful of new inductees. 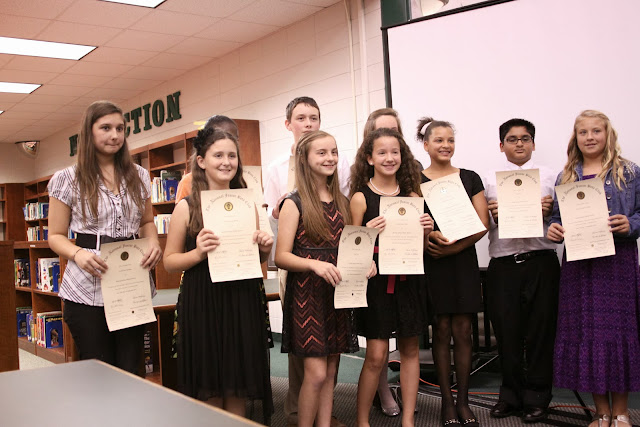 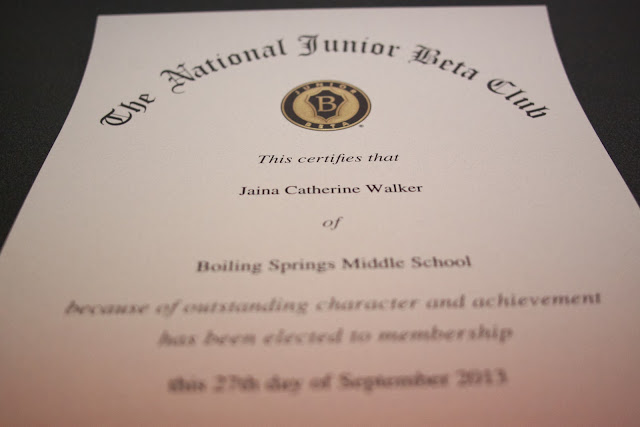 Jaina's friend from Kindergarten was inducted, too. 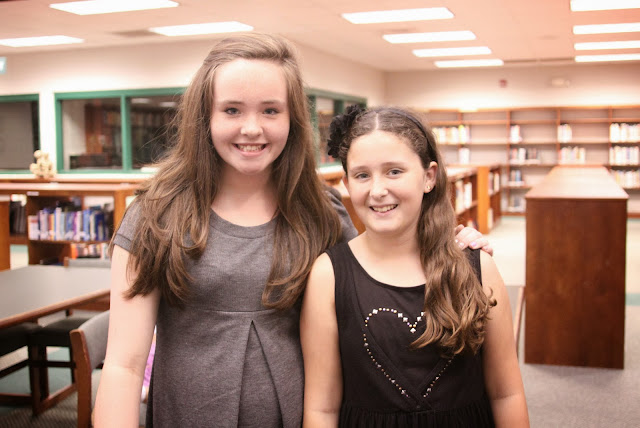 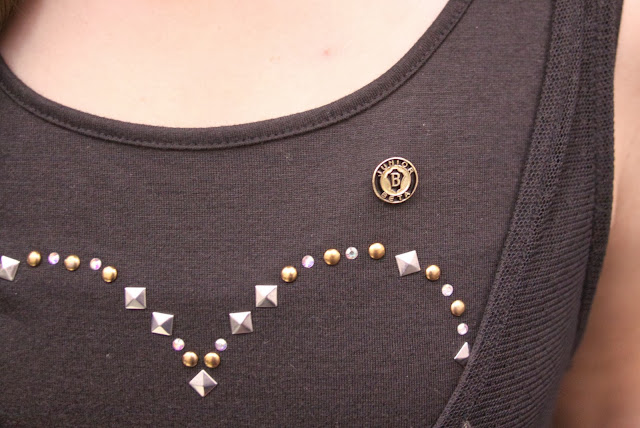 Her favorite part was the snacks :) 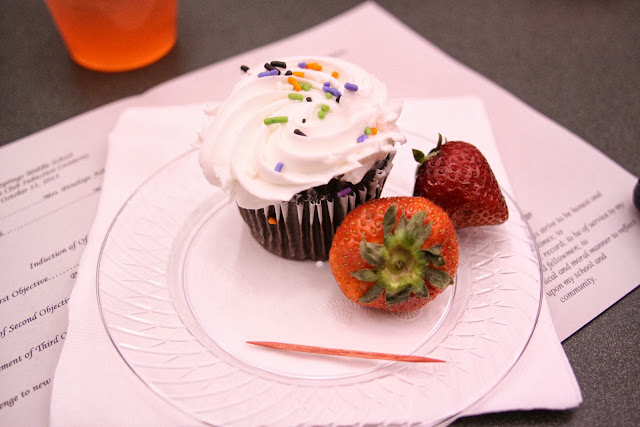 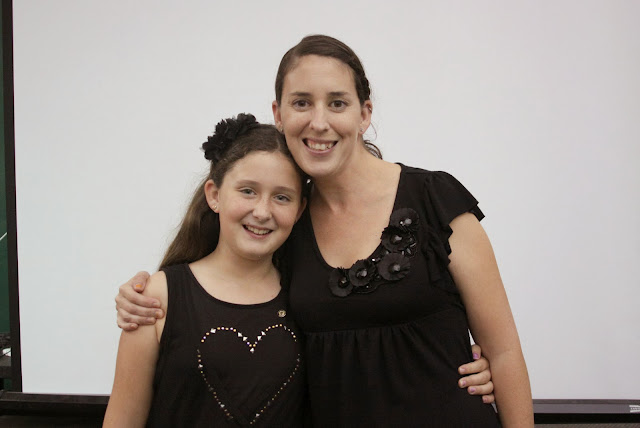