I might need to give my northern readers a gentle reminder that I am writing this blog from South Carolina. We have a much different view of snow and ice down here than you do. One flake, or even the threat of a flake, will close school. With very good reason.

1. we don't pre-treat the majority of our roads down here in anticipation of winter weather. Its costly, the chance of it actually freezing is slim, so it would be a lot of man hours and materials wasted if used salt and sand trucks ahead of time.

2. The highways and high traffic areas might be fine, but SC has a lot of two-lane country backroads that you must first take to get to any of the 4 lane highways. Those are the roads that will get you.

3. There are always people with 4 wheel drive that think they can drive on ice. That is my number one reason for staying off the roads. I don't want them to hit me!

With that said, we have been "snowed in" since Tuesday. The roads were actually okay the majority of Tuesday so my husband went to work, but the kids were out of school. We had heard that the snow might start by Monday night, so we were quite disappointed with seeing bare yard on Tuesday morning.

But once it started, it was beautiful. 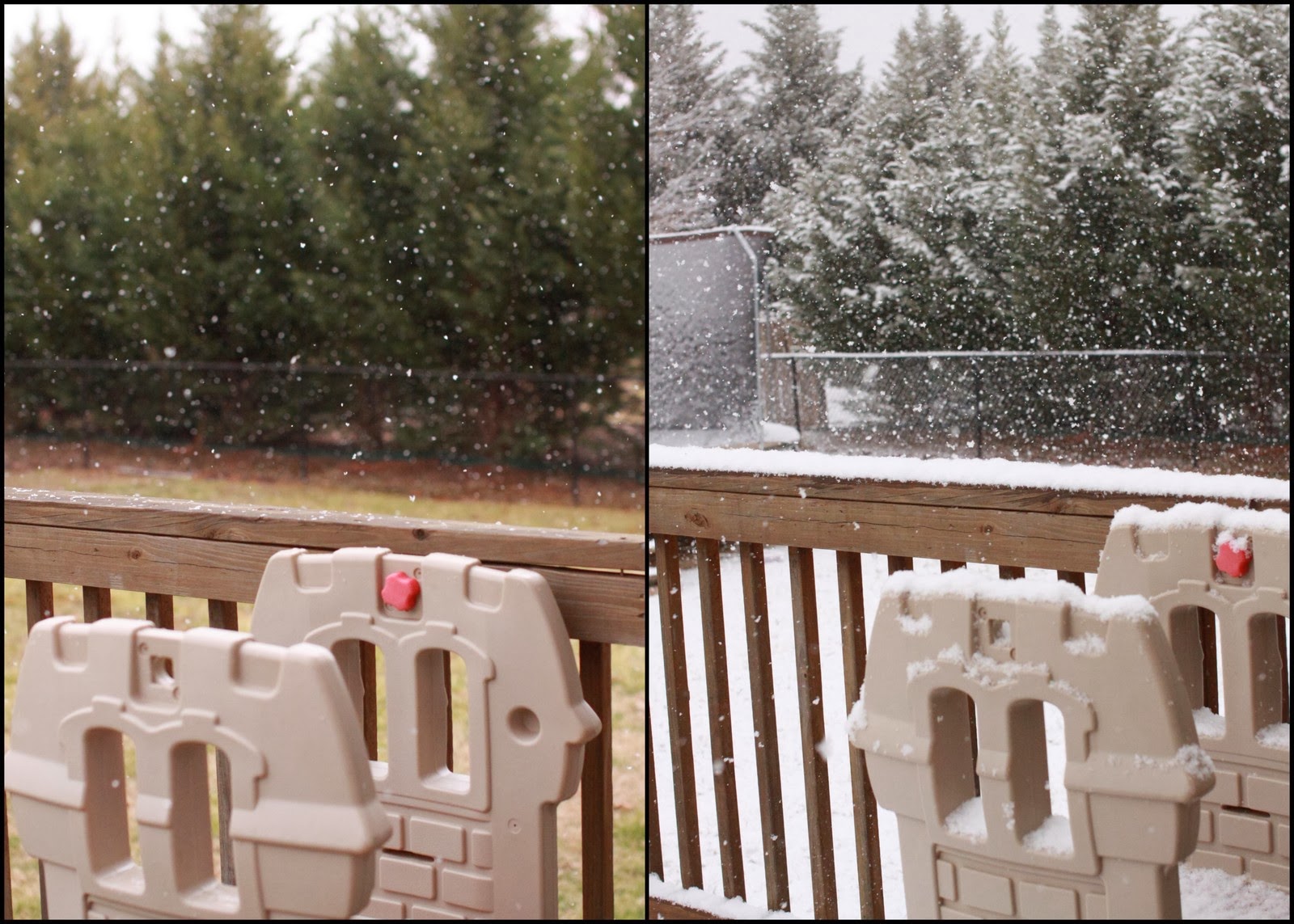 It went from a few flakes to an inch or so in a couple of hours. Although it snowed ALL day long on Tuesday, it never accumulated to much more than an inch or two. Some of the spots in our yard even started melting.

We didn't even go outside on Tuesday, except to pick up a refill of Jayce's ADHD meds. Several of our neighbors were out playing in it and making snowmen. The forecast said we'd get 6-12 inches on Wednesday, so my kids were holding out for the "real" snow. 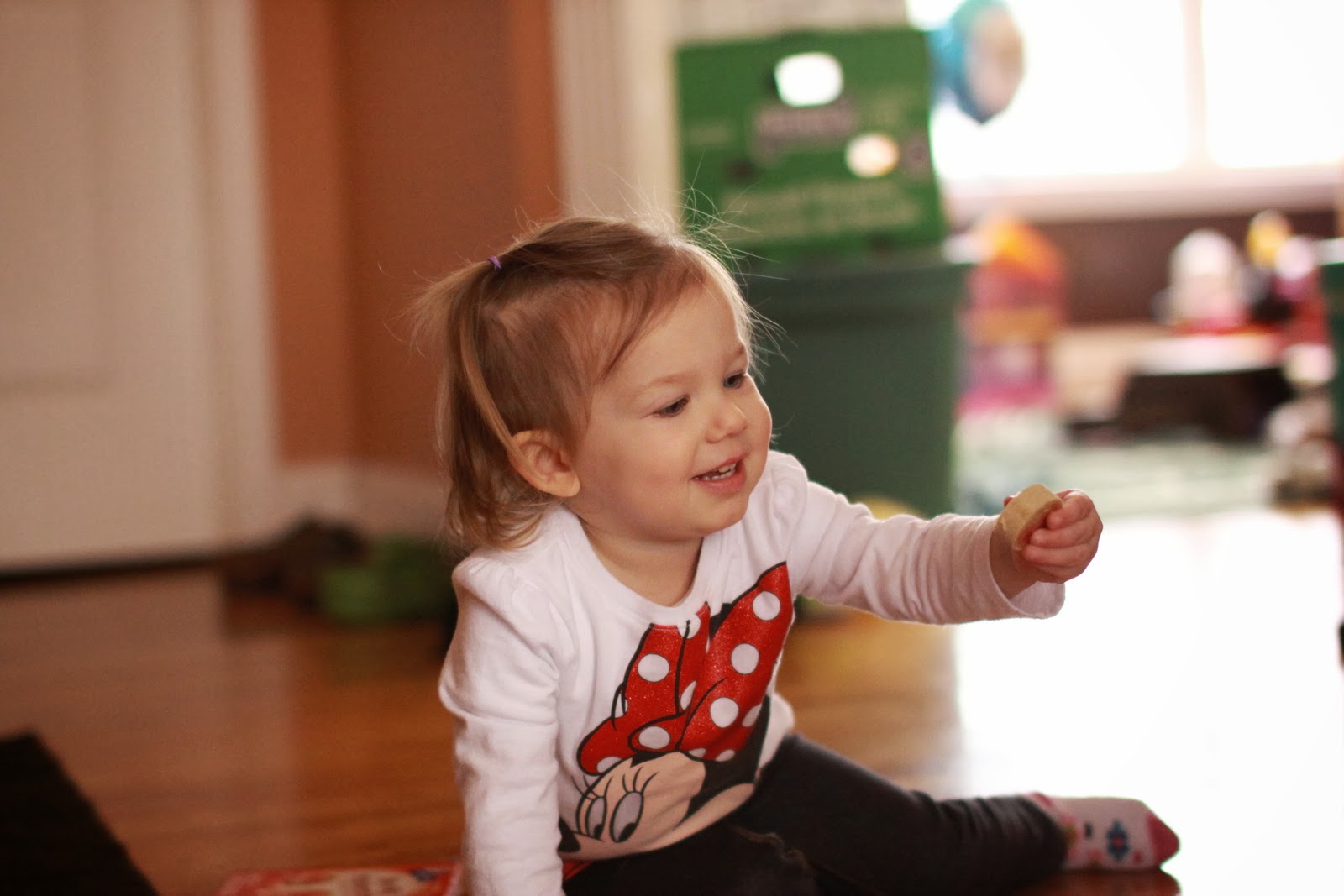 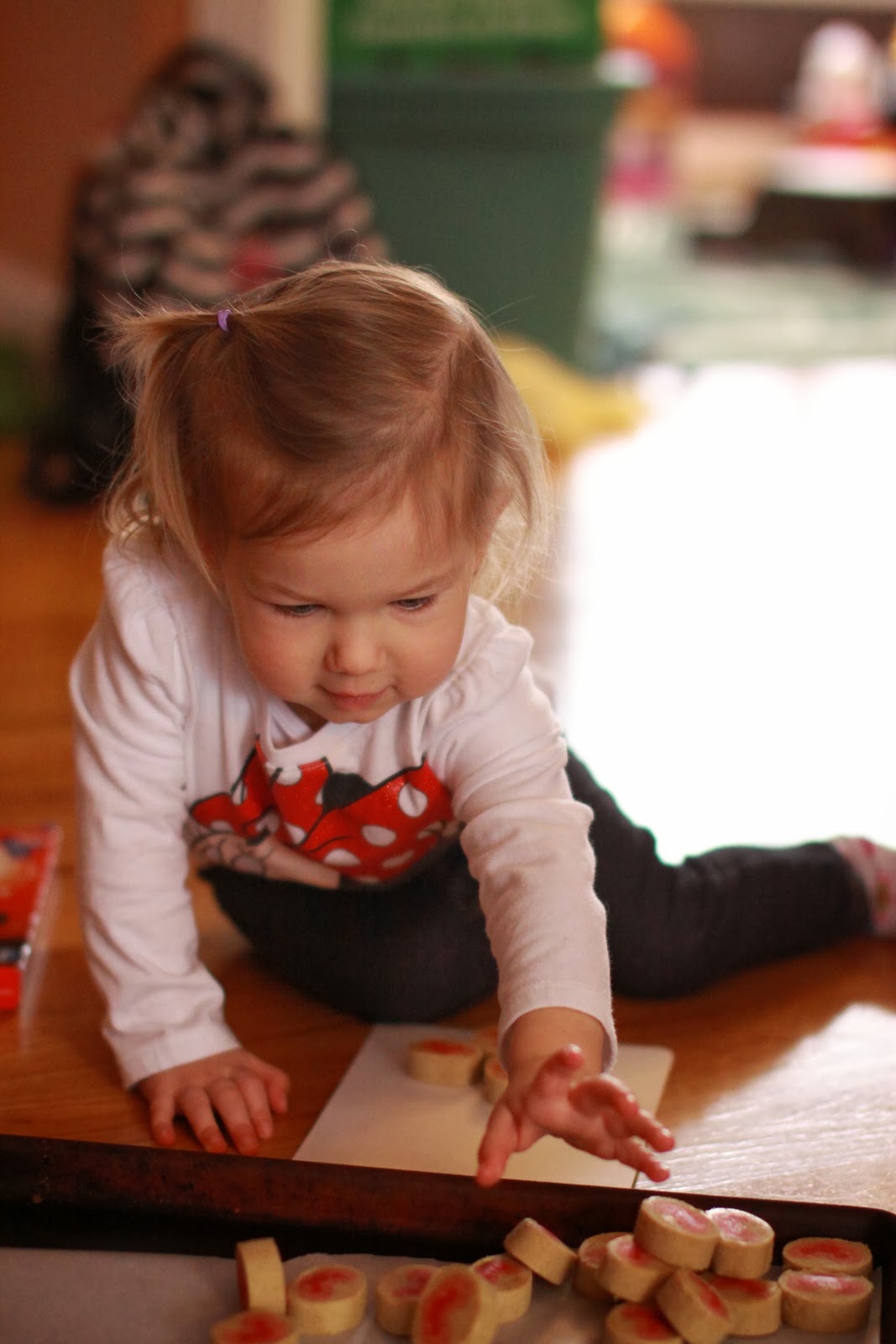 And ate Macaroni and cheese: 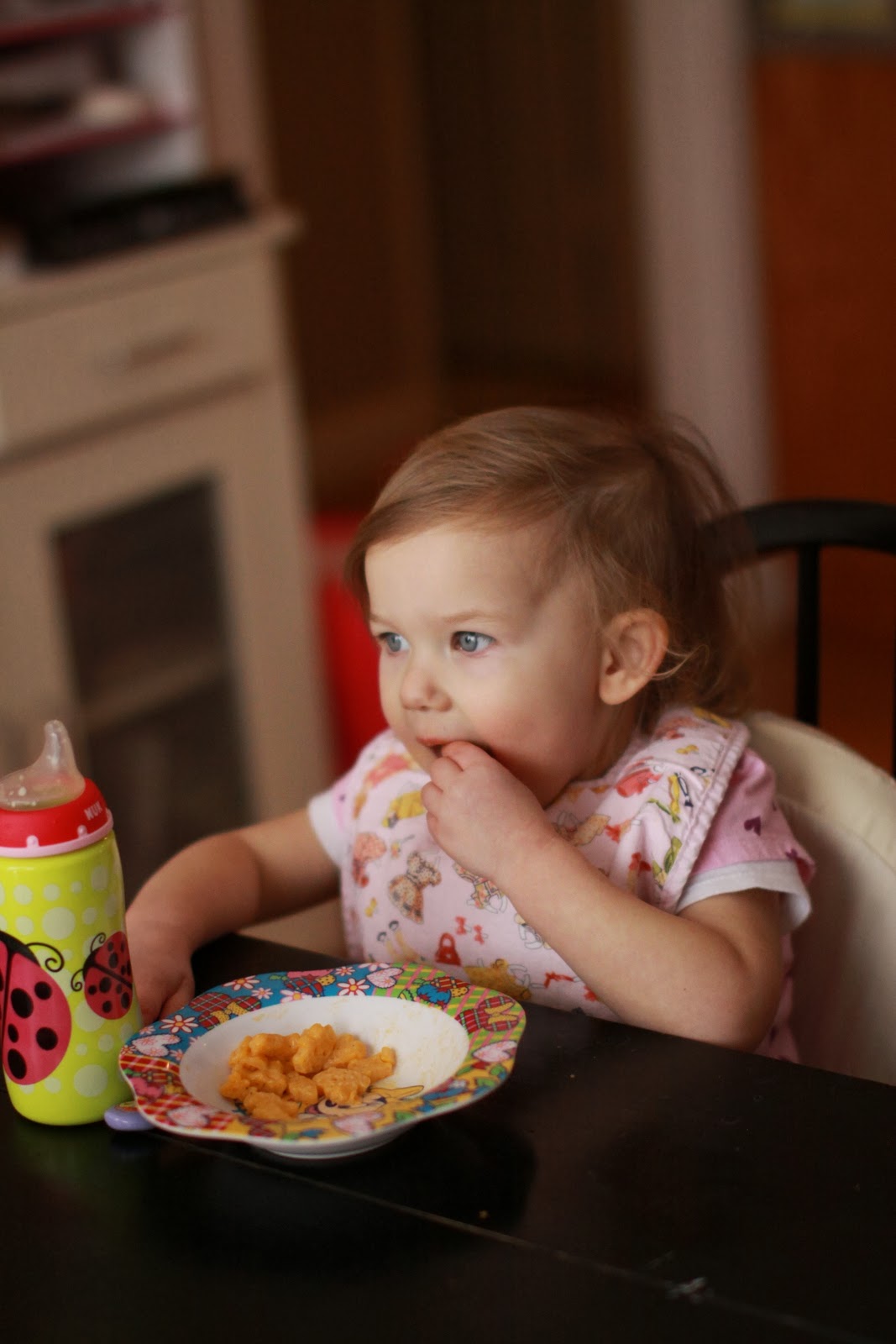 And watched the snow from the window. 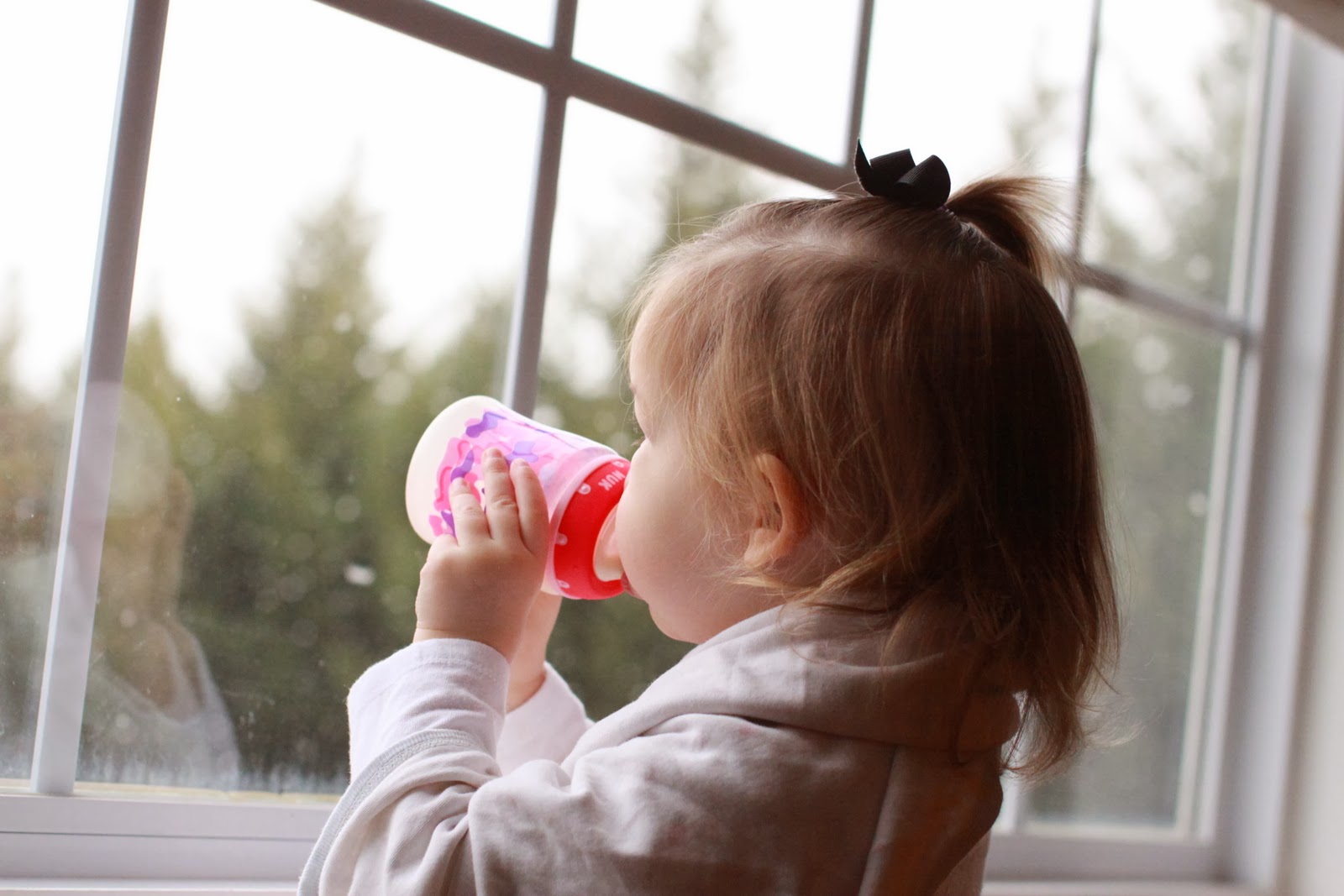 And we took obligitory snow pictures out our back door. 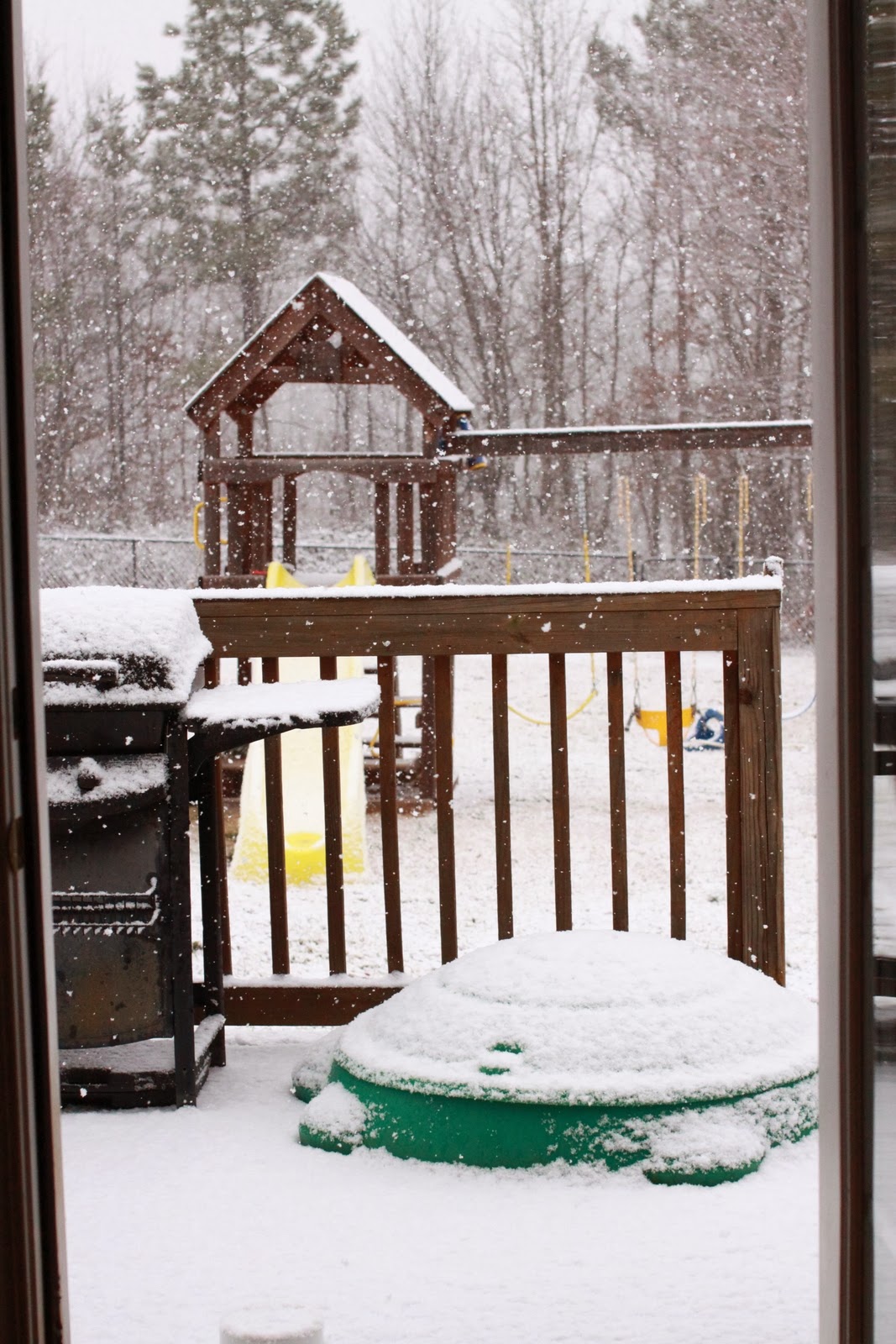 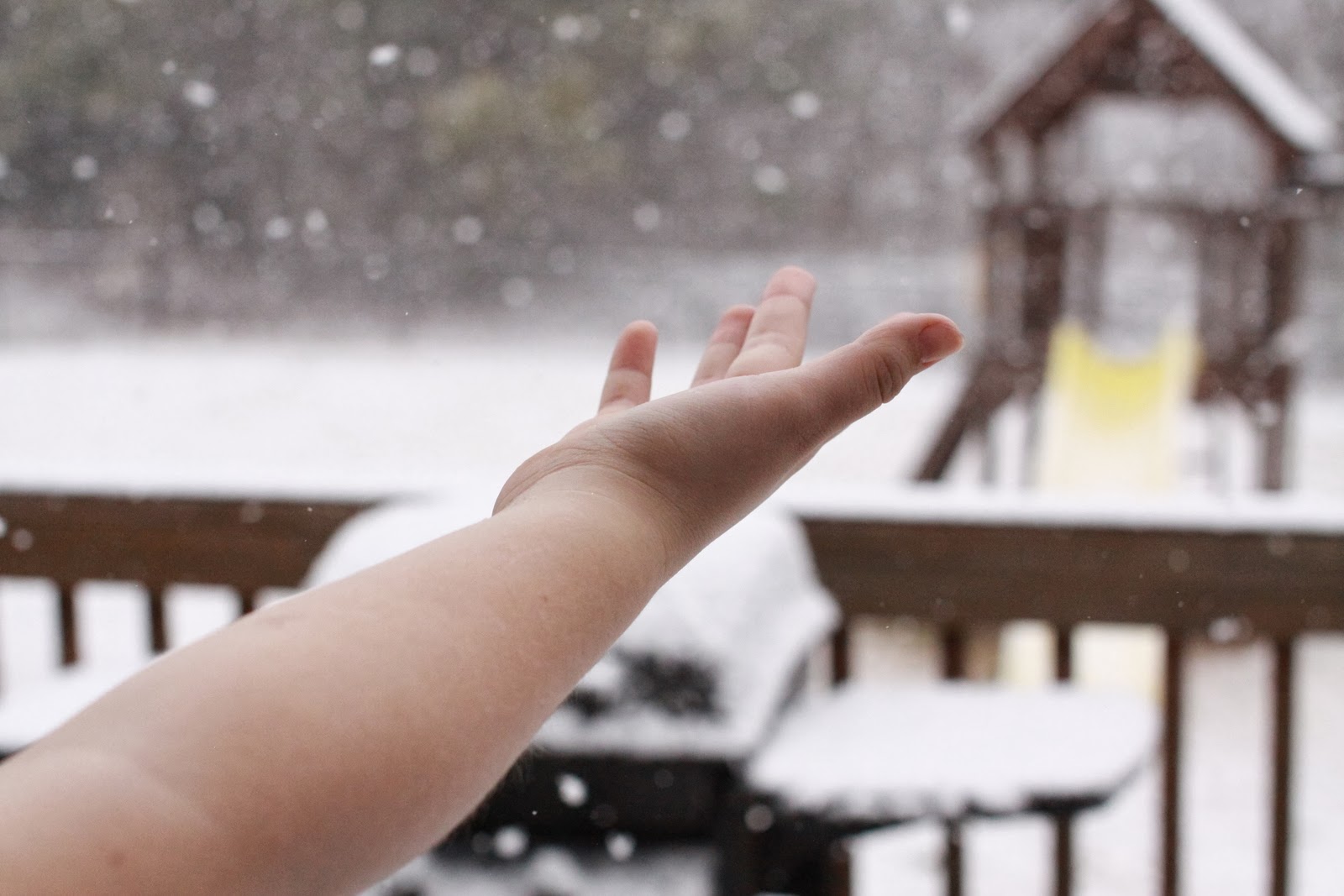 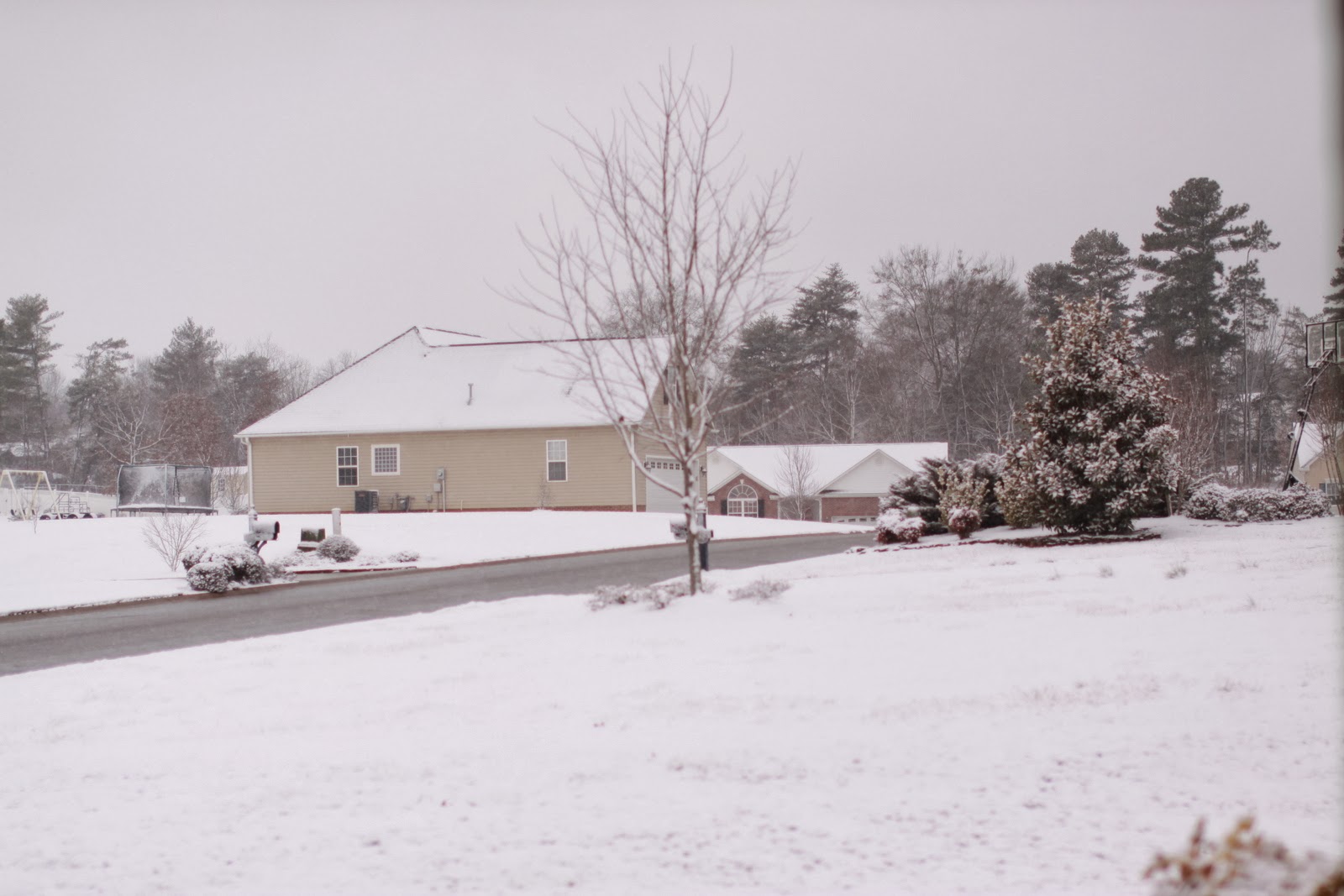 So, after snowing off and on for 48 hours, you'd think that we would have a TON of snow, right? At least those 6" which was at the bottom of what the weather people were predicting.

Um, not really. I mean, the road is at least covered in this picture. 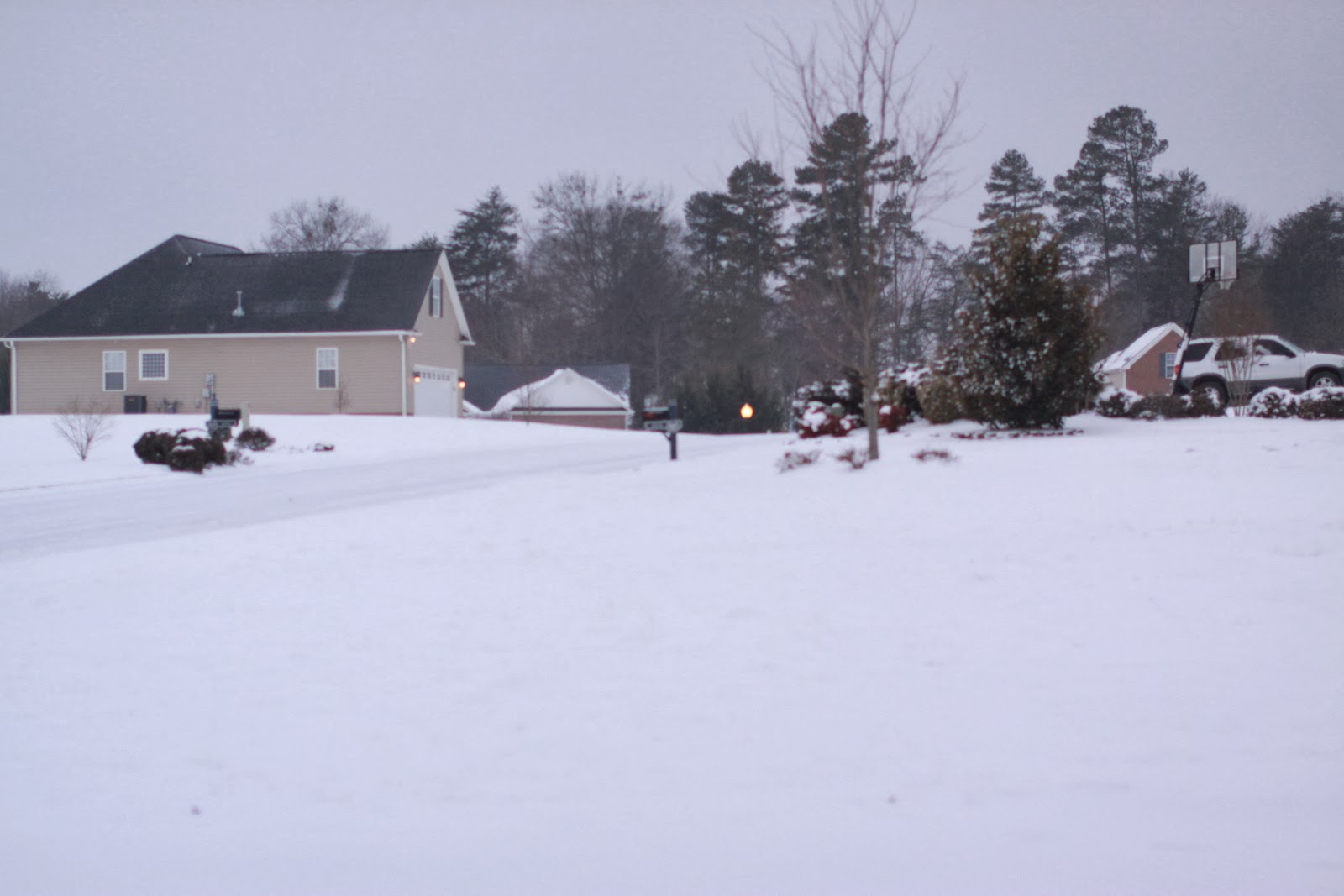 Our neighbors have a sled and were nice enough to let my kids have a turn on it. I took Jocelyn out for 10 minutes, but because she refused to wear gloves, her hands got cold fast and she ended up crying hard. I used it as a teachable moment and she said she would wear gloves next time. The wind was also blowing the stinging snow right into our faces. Um, that is NOT the snow we signed up for!

Because of the wind, we only had an inch in some areas. 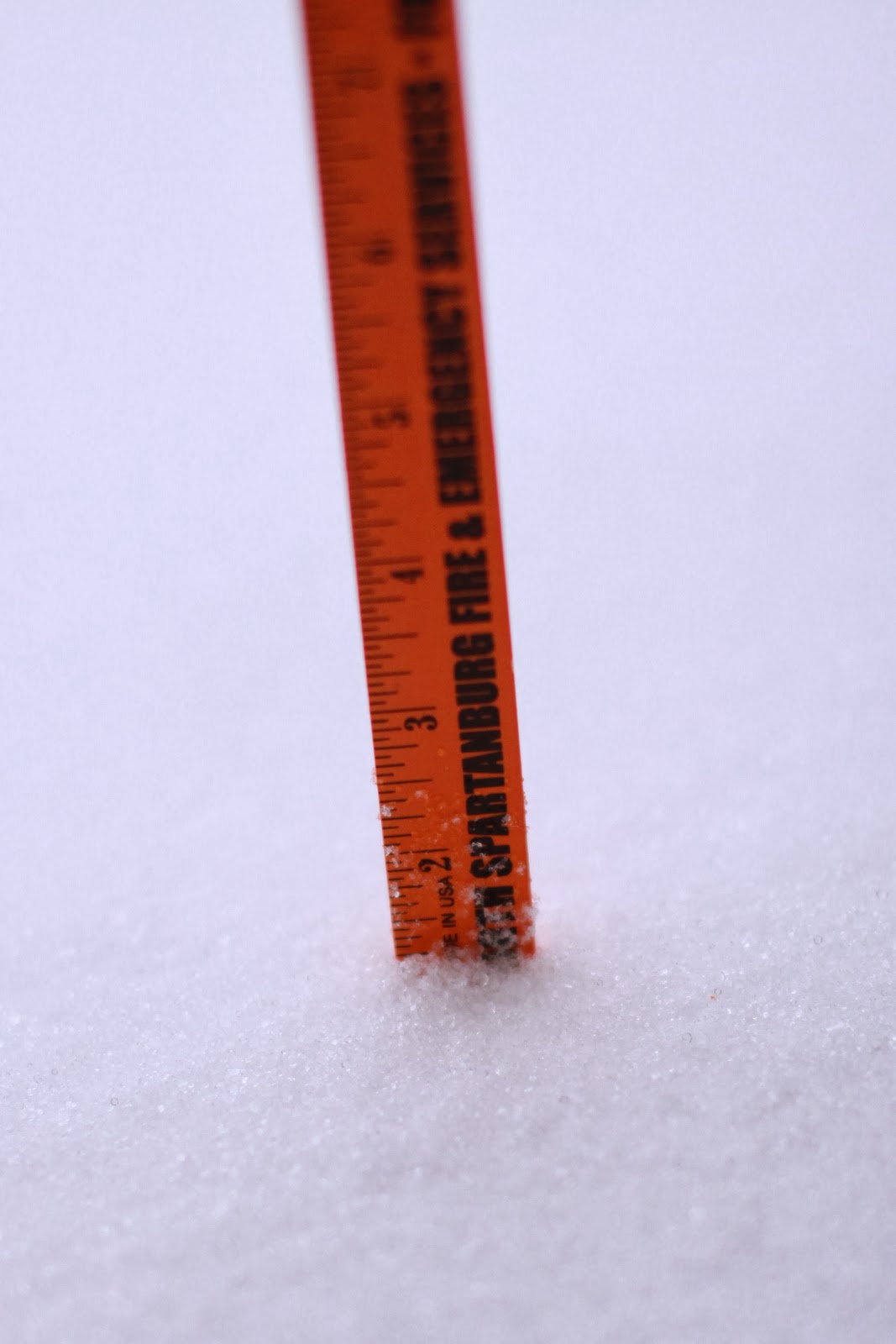 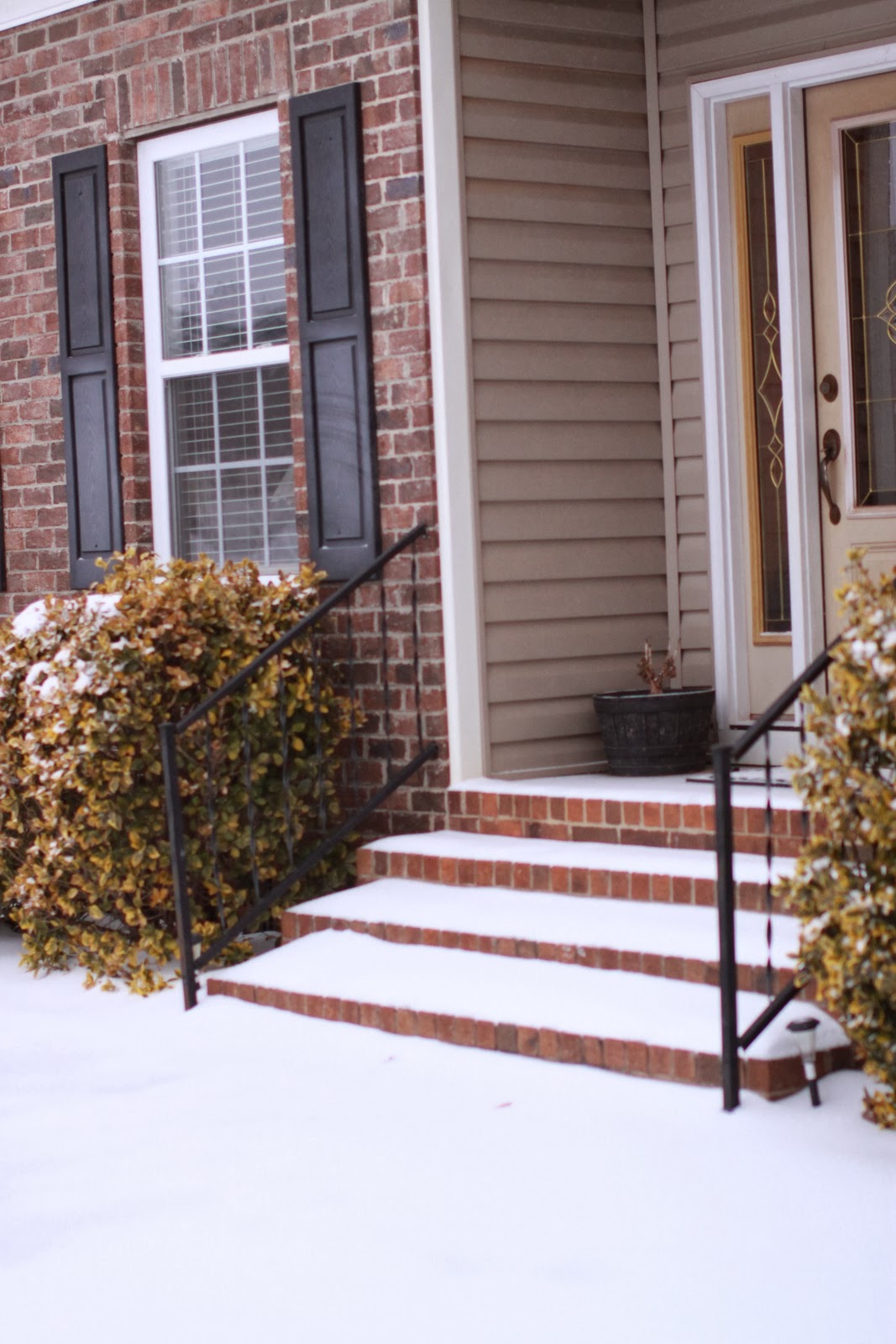 And then in some areas of the yard, we got about 3 inches! 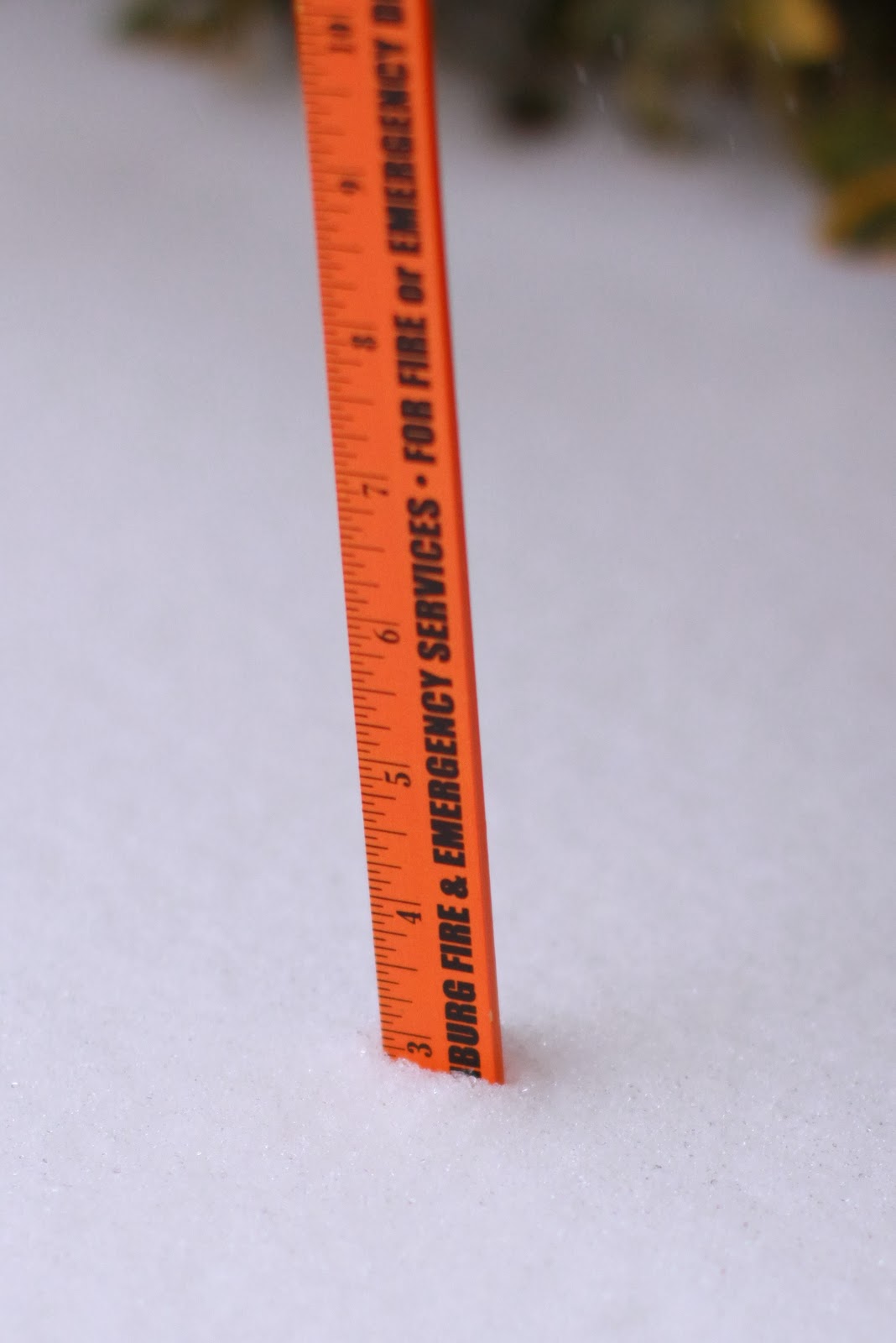 Much more exciting to this southern girl!

Unfortunately, the snow turned to sleet and we had to listen to ice pellets for the remainder of the evening. I am thankful that we did not lose power in the middle of the night because of the ice.

However, waking up this morning was a different scene. You can't see our bottom step at all now. It must have turned back over to snow sometime in the night. And its still snowing, now, as I type this.

Our plans include building a snowman since I braved the cold just to get us carrots the other day.

And hopefully it will stop snowing at *some* point so I can feel comfortable bringing my camera outside without it getting broken.

We are expecting Sunny skies with a high of 49 on Saturday, so maybe this stuff will be gone soon.