Our Valentine's Day weekend started off with a bang on Friday morning. Jayce's SN 3K class had their second party of the year. I baked cupcakes, but didn't attempt a craft this time. My mom also got to come.

How weird is it that Jayce started crying when he saw me in his class? He didn't want to leave or go home or for me to leave, he just cried and whined the entire party. I had checked on him several times while I was setting up stuff before he saw me and he was fine. It took a while for him to calm down. 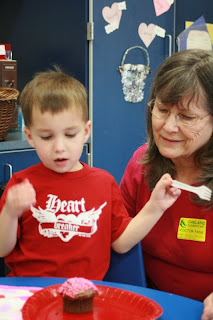 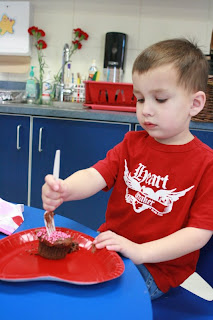 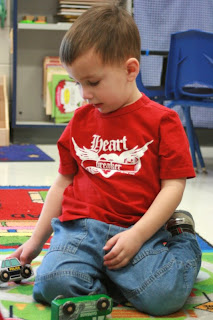 (the following picture is courtesy of Jayce, not me!) 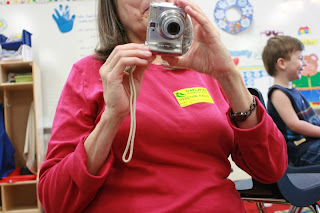 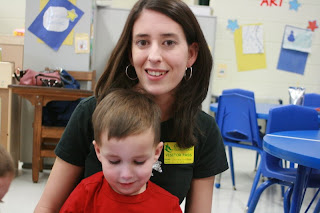 Then later that afternoon, it was off to Jaina's classroom at school for her party. Brian took an extended lunch so he could come, too. Gray also came to do a small craft with the kids. Unfortunately, there wasn't really enough time to do the cards while the kids tried to eat and get ready for their buses. Jayce had yet some more sugar that day, which he definitely didn't need! 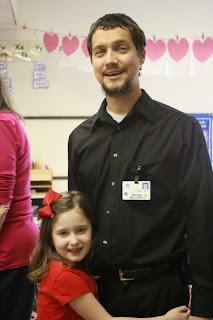 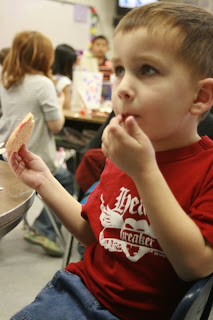 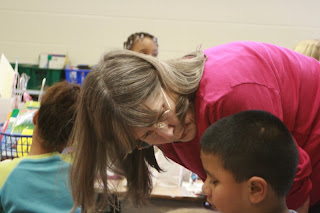 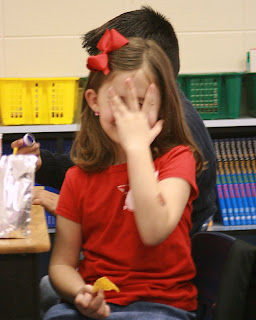 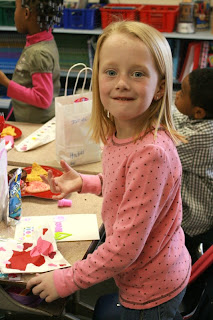 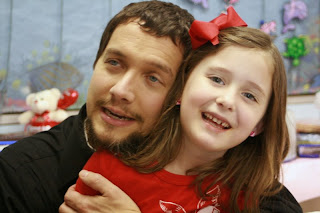 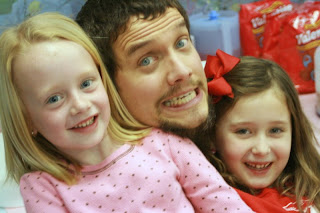 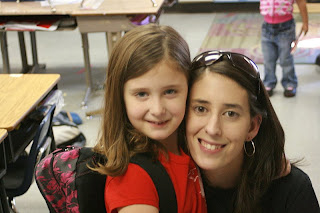 On Friday night, Gray babysat for us so Brian and I could go on our Valentine's Day date. I originally wanted to head to Greenville to either eat at The Italian Market and Grill or to eat at Carraba's (my fav Italian place) but Jaina and I got caught up at a friend's birthday party before hand and didn't get home and ready to go out until almost 7:30 PM. Instead, we stayed in town and tried a new restaurant on the Westside called La Taverna. Its chef is a native of Italy and the food was terrific. It wasn't outrageous with prices, either. We called it an early night and were home a little after 9 PM. 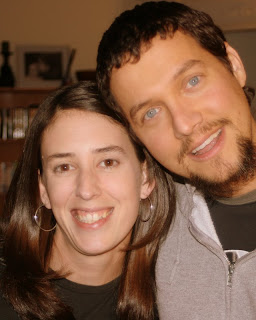 The florist delivered a huge bouquet of variegated tulips to me. Although we've had many a Valentine Day mishap with flowers in the past, its never been Brian's fault. He's always gotten me the exact flowers I've wanted at the time :) Now if only I could get him to get me flowers on a non-valentine day, we'd be in business!

Jaina received a single red rose bud and a new stuffed animal from her Daddy. The new bear's name is Allison, btw. I think. It may have changed by now. Jaina's carried it around everywhere! 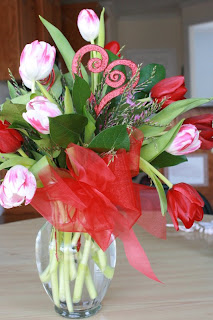 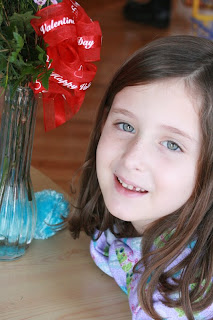 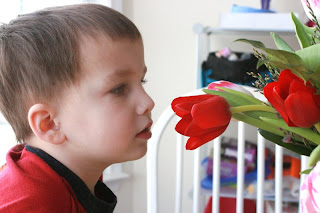 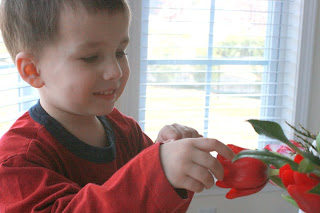 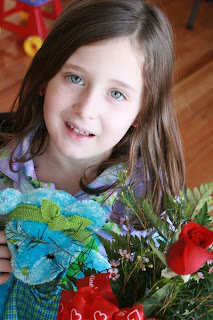 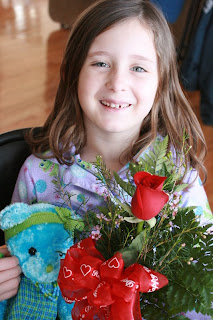