After playing soccer for the last 4 Fall seasons, my kids decided that they would try their hand(s) at a new sport: Basketball.

I briefly played basketball for a short time during my adolescence. I was on a church league in 6th and 7th grade. This gave me the confidence to go out for the Jr. High 8th grade team at my high school. I was thrilled when I made the team!

(And the only reason I made the team was due to the fact that there were enough uniforms for everyone that tried out!)

I sucked royally at basketball. I wasn't fast, I wasn't aggressive, I spent the whole time unsure of what position I was actually playing. I probably only made about 1/2 of the shots that I tried to put up.

It was not a surprise when I didn't make the team when trying out again in 9th grade. And there ended my glorious basketball career :)

But I'm trying hard not to transfer my less than stellar skills onto my children. You never know... they might actually be good at this sport. 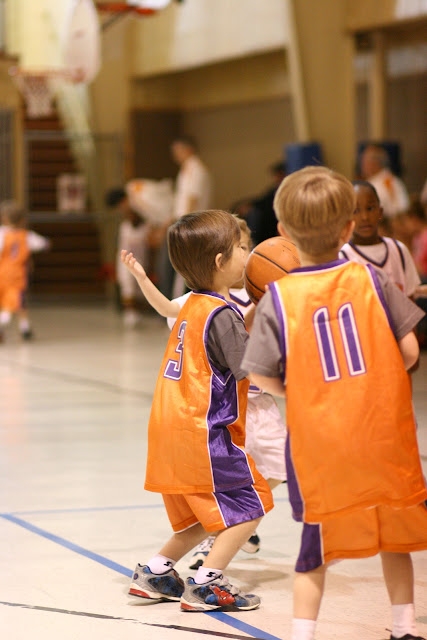 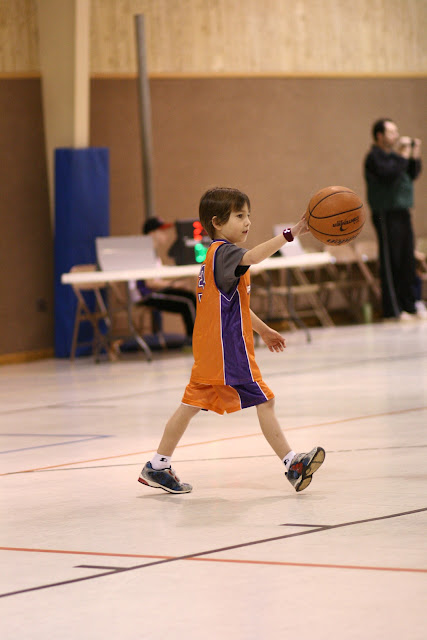 Jayce learned how to properly shoot the ball, but has yet to make one in the basket yet. But he's got dribbling down pat!

And, more importantly, he had a blast at his first game :) 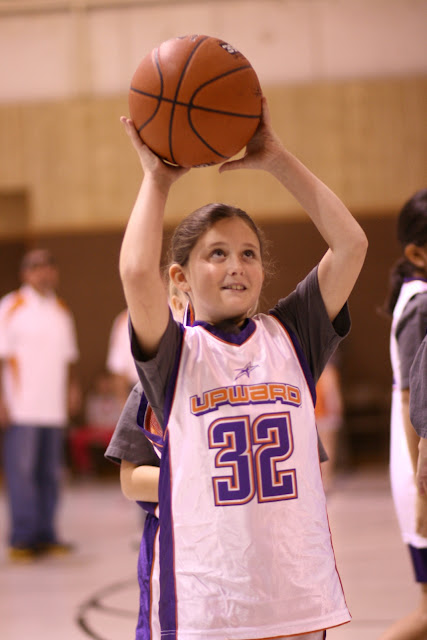 She had fun.... but fully admits that she likes soccer much better. 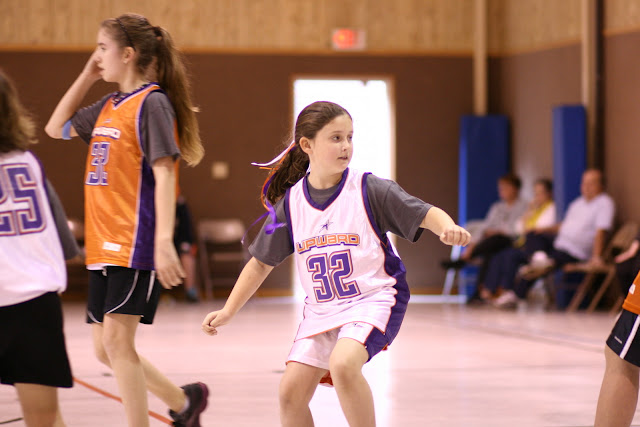 Both their first games were a success! I hope the rest of the season goes just as well.
Email Post
Labels: Upward