Let's just pretend that I actually stopped and took pictures on May 26th. While we are doing that, let's also pretend that I didn't forget about her turning 16 months for several days afterwards. 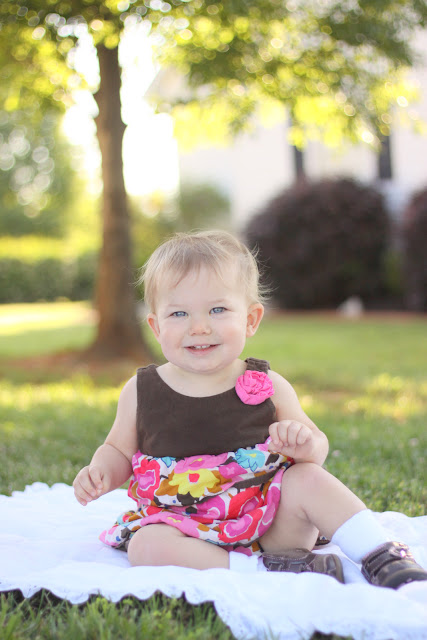 I wanted to get pictures of Jocelyn standing in her new shoes and braces.

Did Jocelyn want to stand? 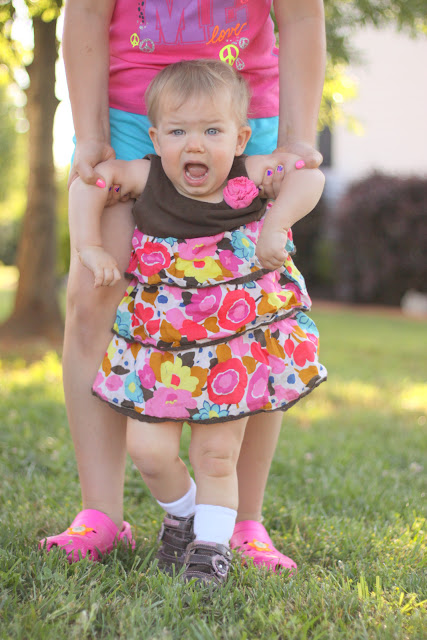 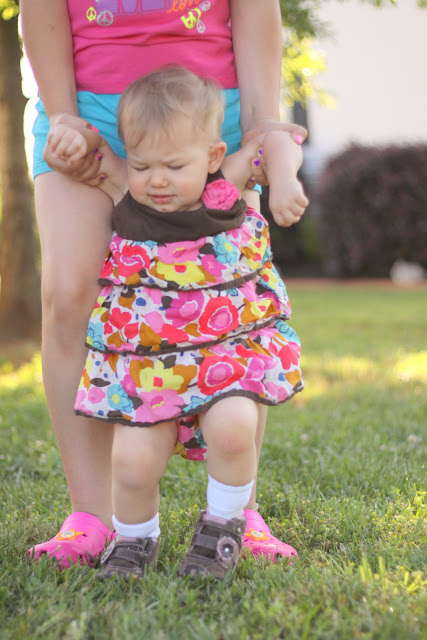 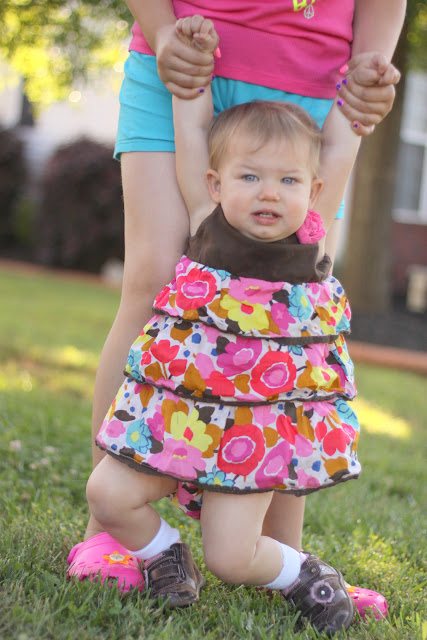 No ma'am. Not gonna have it. 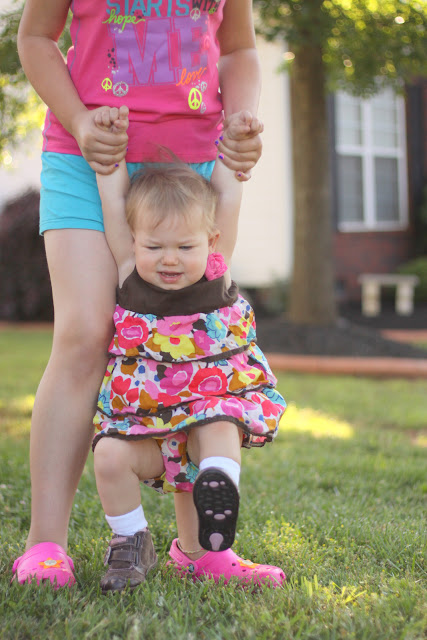 And then, finally, she did! 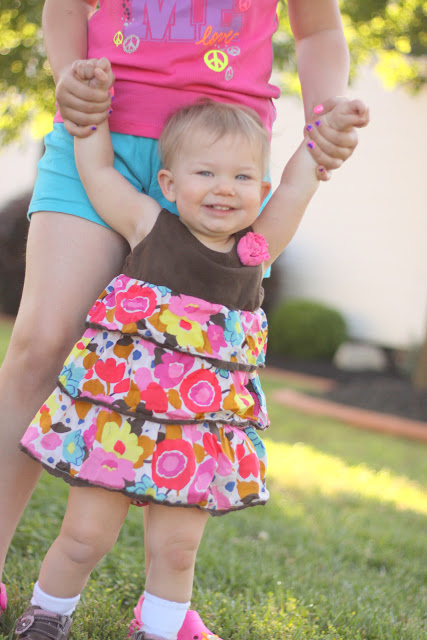 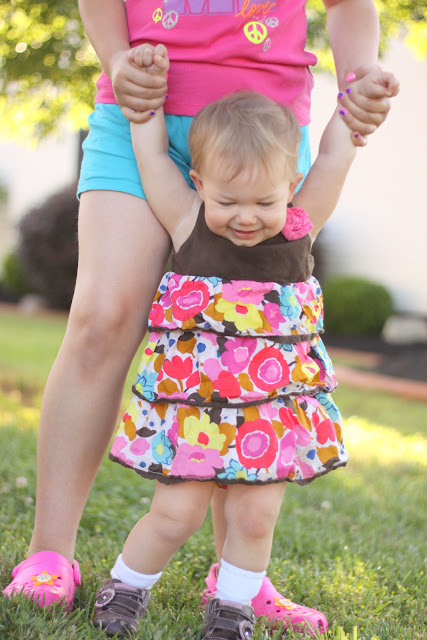 In addition to standing on many different surfaces, she can even take some steps while we hold on to her hands. She says, "Walk, walk, walk, walk" when she takes steps. It might be the cutest thing ever.

- still taking two naps. One in the morning before lunch and one late afternoon one. Trying to get her to condense to one lunch time nap was not successful and I wonder why I even tried.

- still taking 3 bottles a day. Two of them are only 4 oz, though. I understand why the AAP recommends that you take bottles away at a year old. But also, I know that if we were nursing, we'd STILL be nursing, so it seems kind of silly to take bottles away just because of an arbitrary age. Plus, she won't drink milk out of a cup.

- sleeps 10 hours through the night about 70% of the time. The other 30% finds her awake with insomnia for hours on end. Coincidentally, those are the days where she did not get two good naps. This kid needs to be well rested to survive!

- is doing better with eating. She likes grapes now and will try blueberries and strawberries. She loves scrambled eggs. Not doing so great on the veggies. Corn and greenbeans is all she'll do. (And, as a friend pointed out, that is a grain and a legume... not vegetables really at all).

- Still rear facing in the carseat. Thank goodness for mirrors, though, so she can still watch Dora on the TV. Best invention ever!

- Little Miss has a temper! When she wants to go outside or wants to be pushed on her little ride on toy, but doesn't get her way, watch out! Her squeal rivals that of her older brother's when he was that age.

-In addition to standing, she is cruising furniture! And she pulls up everywhere now, even on walls.

-She is very independent and loves to play and speed crawl. But every so often, she needs to be picked up for a hug. She lays her head down on your chest and says, "AWWW" and pats you. Then she wants down again.

-Monkey is still no.1 stuffed animal. And she still could care less about blankets. But she loves her pillow and has to take it from her crib when you pick her up in the morning.

-She is very jealous of the 2 month old that I am watching at my house in the mornings. It is cute and sad at the same time.

-This is my favorite age/stage and I love seeing her personality develop :) 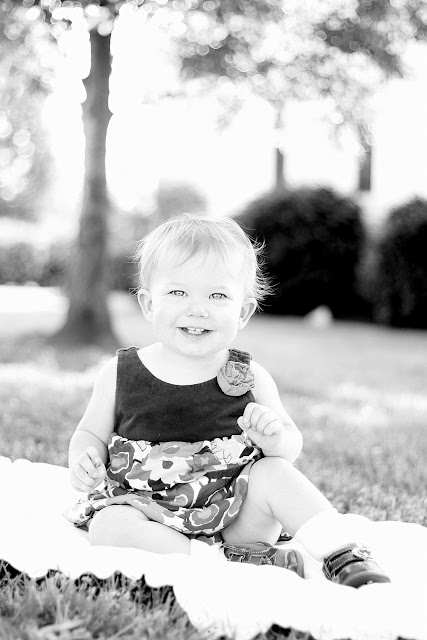