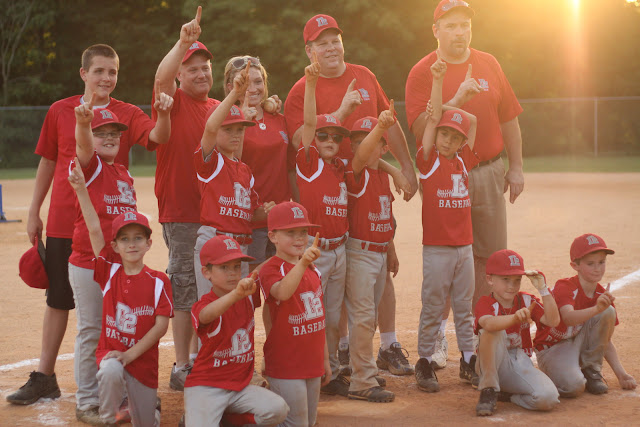 Let's just go ahead and get this out of the way.

I mean, not only did we win, but we kicked some major butt doing it. 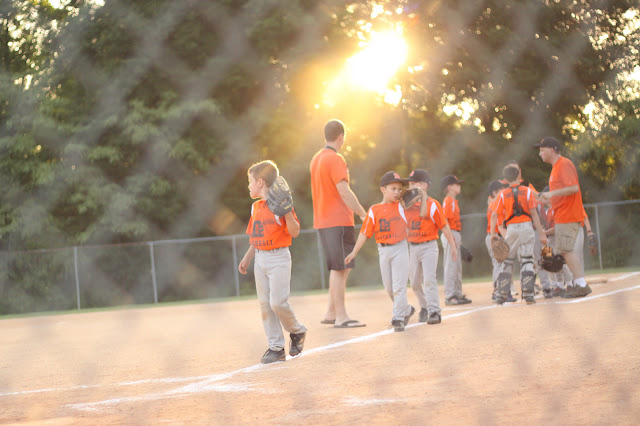 Undefeated (except for their one loss during the single elimination tournament) in the regular season. Ranked #1 in the age division in our district.

How many runs did they score?

Well, that's actually a good question. I was thinking they had 3 or 4 runs on us. But the official score keepers on both sides only recorded two of those runs. Not quite sure what happened to the other two and why they didn't count, but it didn't really matter anyway.

And what was our final score at the end?

They finally called the game before the other team had their last chance to bat. That's what happens when you are up over 11 runs from the other team.

Jayce did not get a hit tonight.

BUT, boy are his swings 100x better than they were. Its amazing to see how much better he is doing. 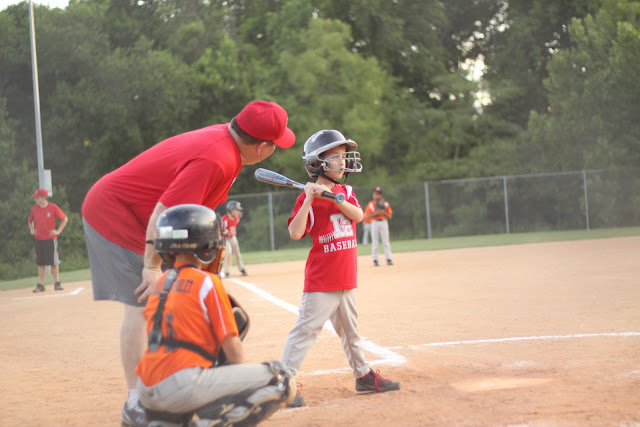 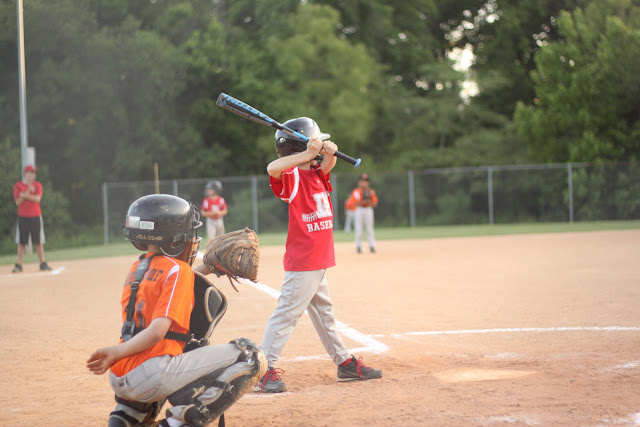 Watching the first ball go by just like we told him to do... 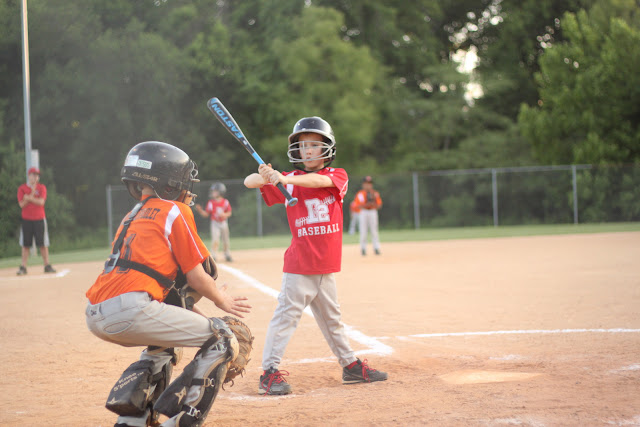 Getting ready for the next ball.... 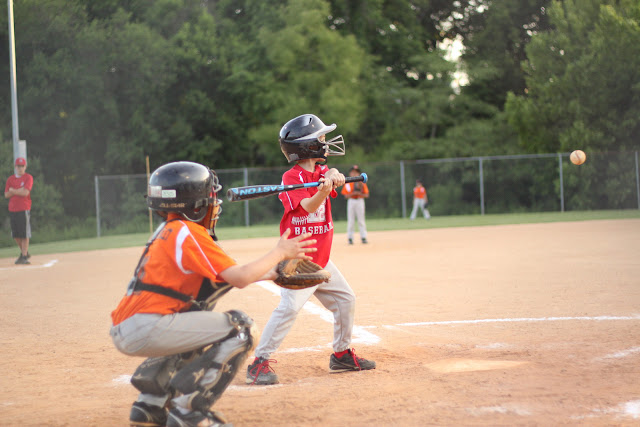 Ugh, he was SO close each time. Just a tad bit late. We're hoping some one-on-one time with a pitching machine this summer will help him get his timing right. 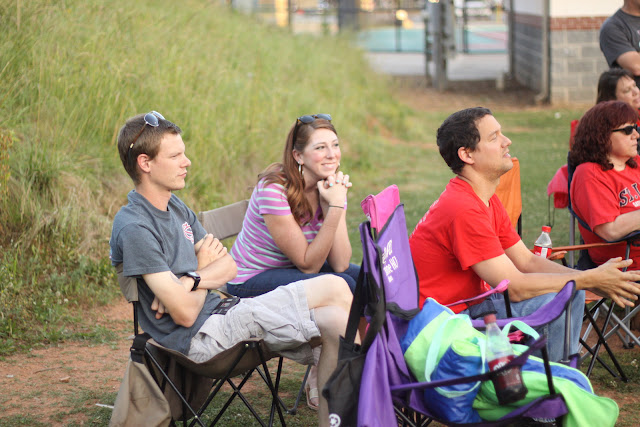 Allie and Caleb came to cheer Jayce on :) Thank goodness for Caleb! He's a handy man to have around when foul balls come our way! 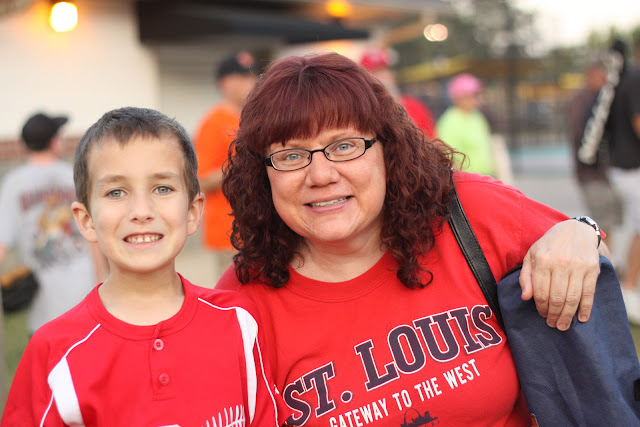 The Tornadoes High-Fived the other team after their win. 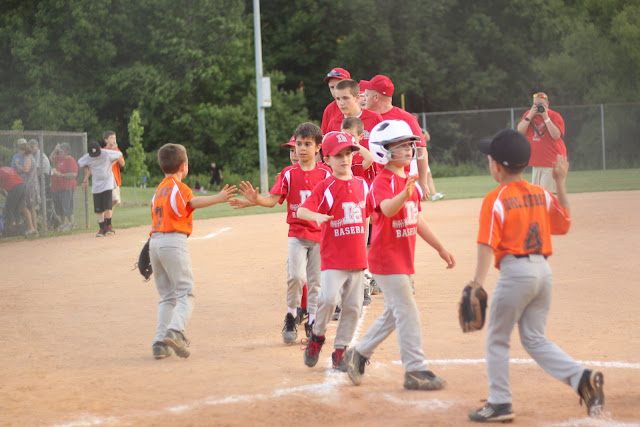 Then our team had a little Pow Wow with our coaches. 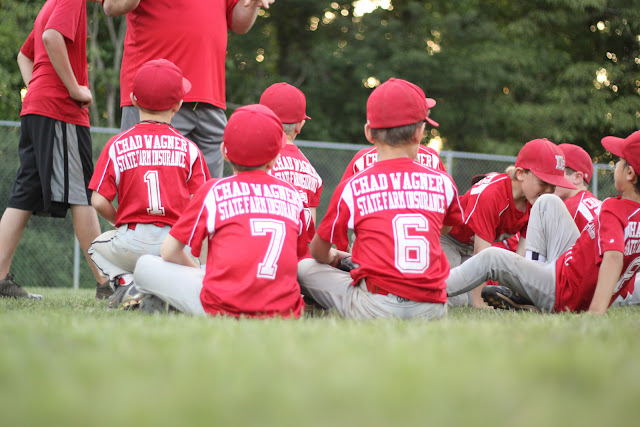 Where the idea of Championship Medals were discussed :)

Then there was one last shout of "TORNADOES!" before walking off the field. 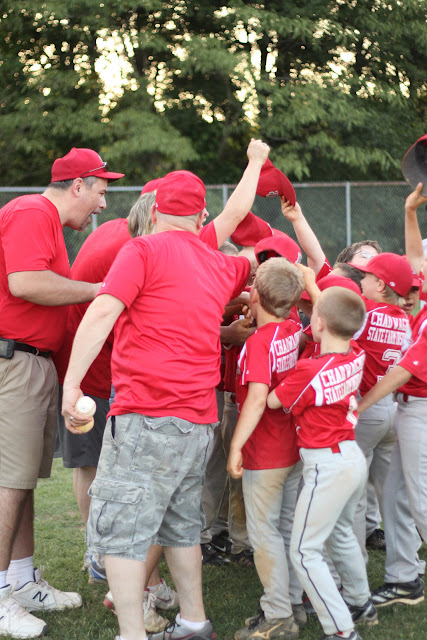 I think we are all going to miss baseball games this Summer. At least Jayce has Baseball Camp coming up on Monday!
Email Post
Labels: baseball Jayce