Even though we have ONE more game to play ( you know, the super important Division Championship game that I may have mentioned once or twice on here?), our Spring season is officially over. Jayce's coaches put together a fun banquet last weekend over Memorial Day. 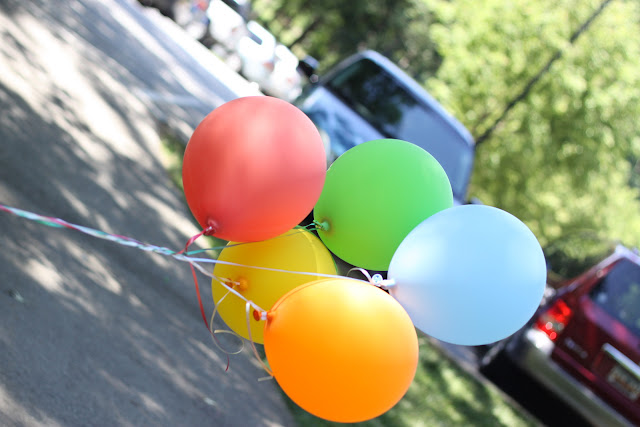 Coach Donnie and Coach Mike manned the grill. We had hotdogs and hamburgers. It was SO good to have real beef burgers. I love my husband, but I am not a fan of veggie or poultry burgers, which is all we cook at the house. 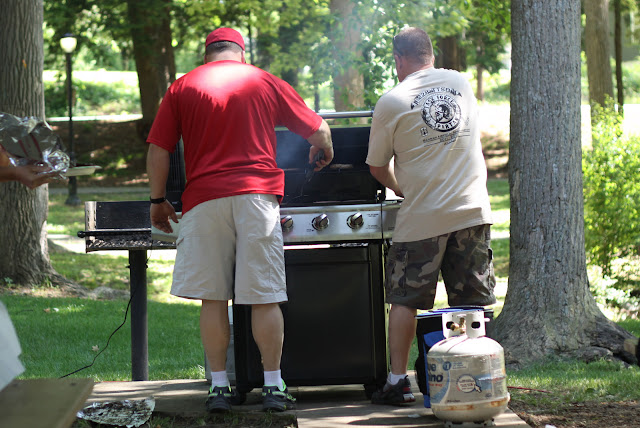 Brian chatted with one of the baseball parents the whole time. They both ran for School Board last year... and lost. But Rick got more votes than Brian so he was asking for some tips! 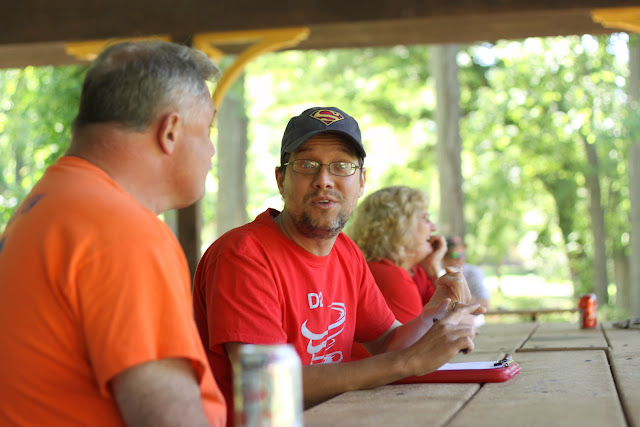 The kids played Wiffle Ball. Jayce didn't know what that was at first and wanted me to go get his batting helmet out of the trunk. It took a lot of convincing for him to realize he didn't need it! 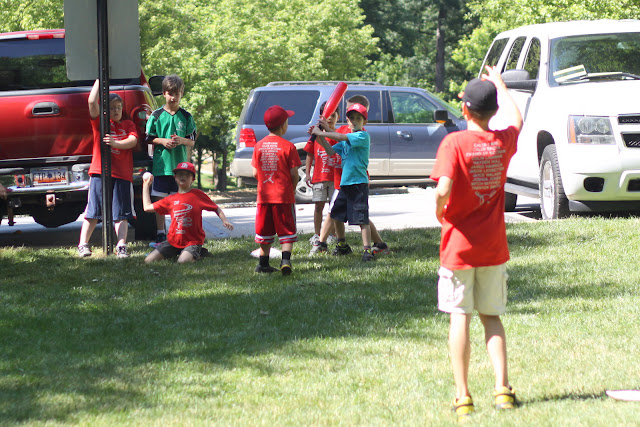 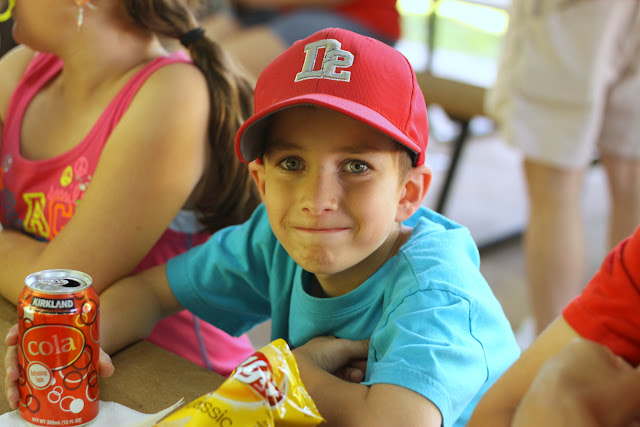 The best part of an end of season banquet?

And boy were there trophies. The biggest ones I've ever seen for a Spring recreational baseball league! 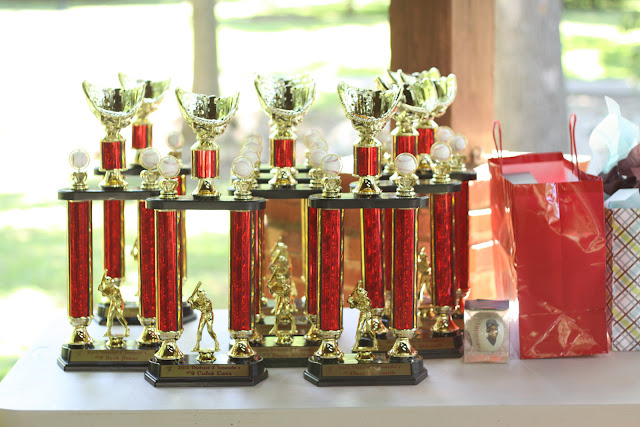 The tiny spot on the shelf I had cleared wasn't going to cut it for this bad boy. I had to clear off a space on his dresser! 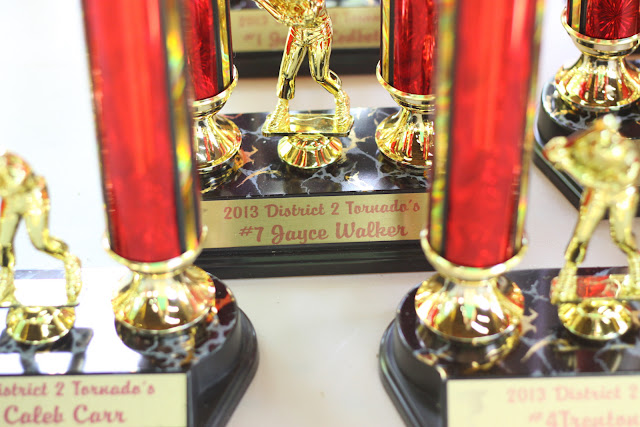 Coach Donnie said a few words before the awards were handed out. Every single word was positive. He told the kids how proud he was of them. How hard they worked. How far they've come with their skills. How great they worked as a team. 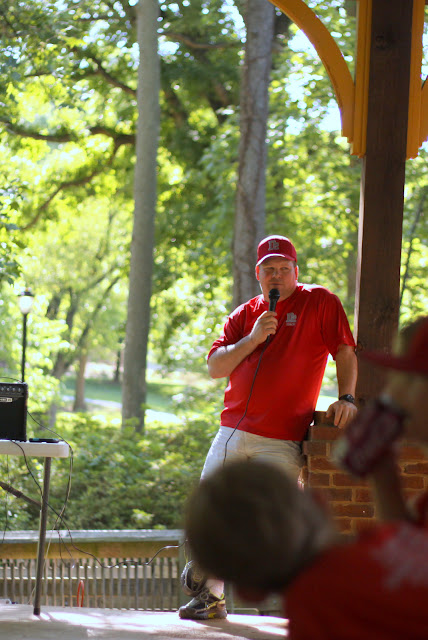 We couldn't have asked for a better team of Coaches. Each and every one of them dedicated their time and skill for these kids. Coach Donnie and Coach Claudio don't even have any kids on the team.  Their kids are bigger now and playing baseball for their schools. In fact, Coach Josh, who is only 13, is Donnie's son. He was a great role model for these boys. 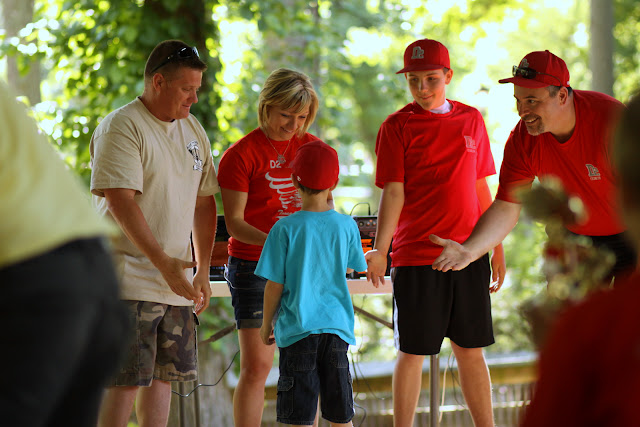 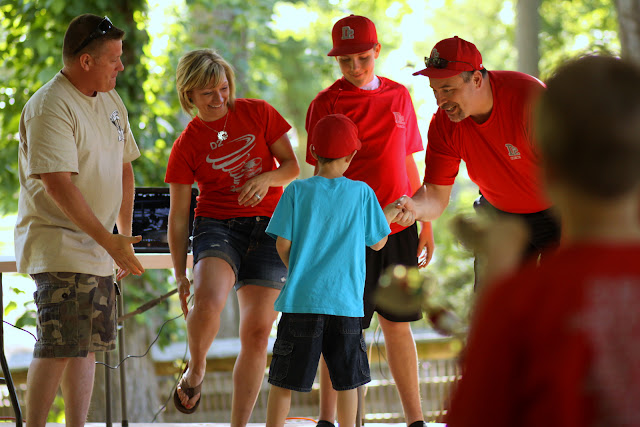 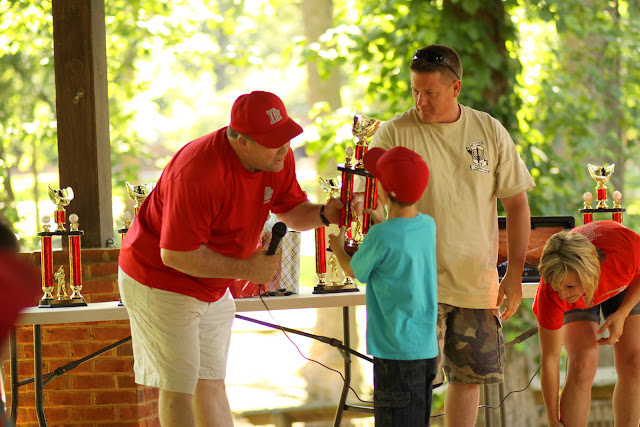 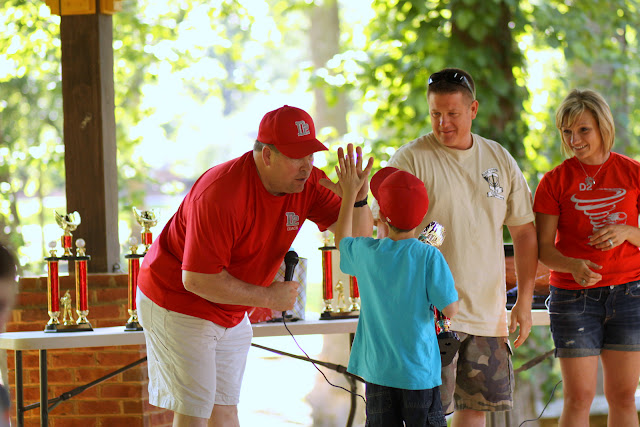 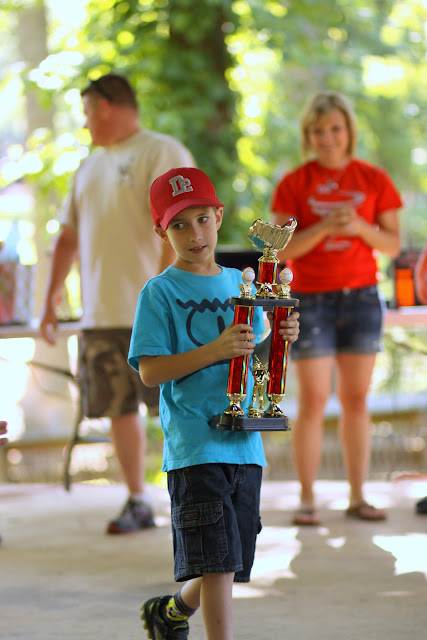 As I type this, Jayce is already practicing baseball. Granted, its on the Wii Sports game, but that counts... right?
Email Post
Labels: baseball