Well, that was a short Summer break from sports.

Since Jayce attended two baseball camps and Jaina attended two cheer camps, I really feel like it wasn't a break at all. 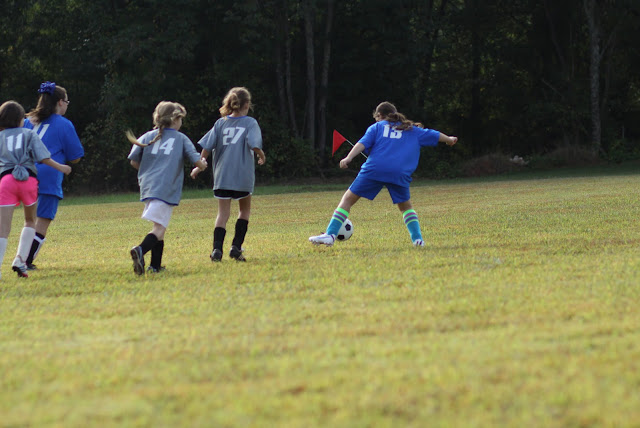 Although Jaina has been on a soccer team since 1st grade, she discovered last Spring that she didn't really like it as much as she thought she did. And maybe, just maybe, she didn't quite have the soccer skills to make it on an AYSO team, travel team, or a Middle School team. 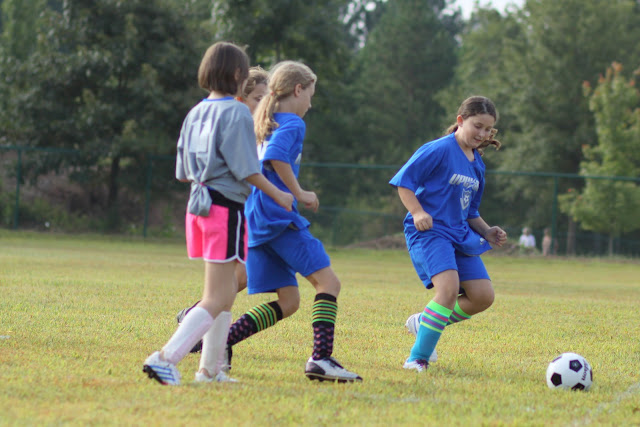 And that's okay. For the most part, sports are just for fun.

Eventually, though, you get to a point where you have to kinda try out for stuff and that's a little intimidating. 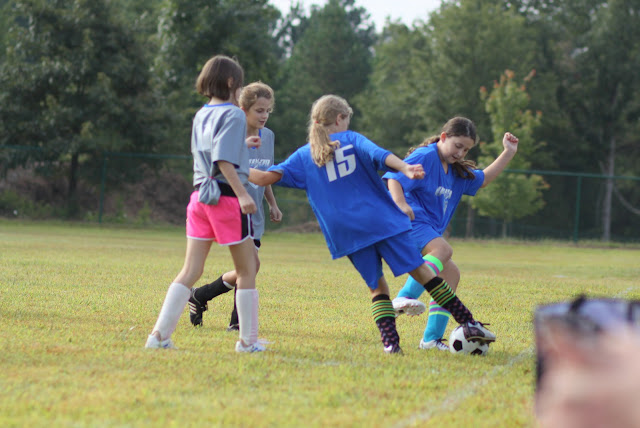 But Jaina couldn't pass up the opportunity to play just one more Fall season with some of her best friends.  And you know what? Just two games in and Jaina's already scored a goal and rocked at as goalie! Maybe the pressure is off or something like that?

Jayce brought a friend to hang out with at the last game. 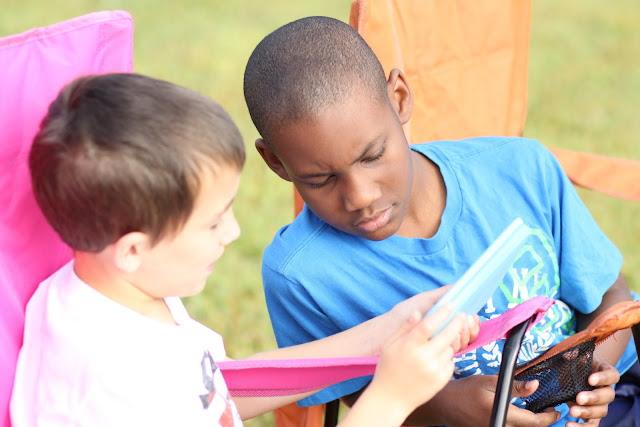 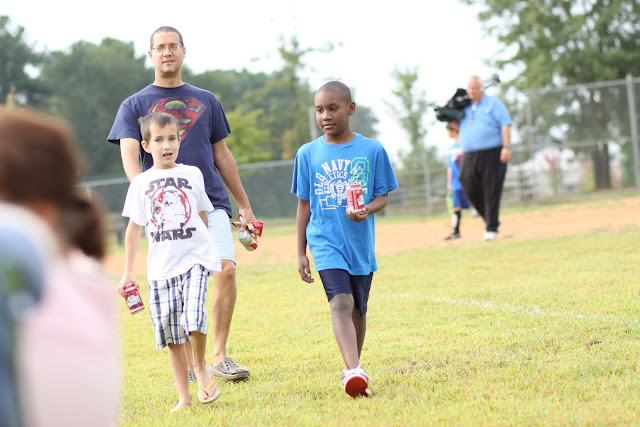 So, the boys might have been more interested in Mine Craft on the tablet and getting soda and candy from the concession stand, but oh well.

Jocelyn was not too impressed with the game, either. 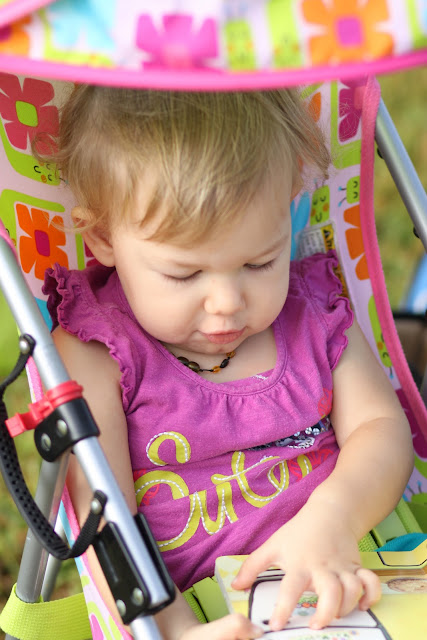 Jaina enjoyed the game, and that's really all that matters. 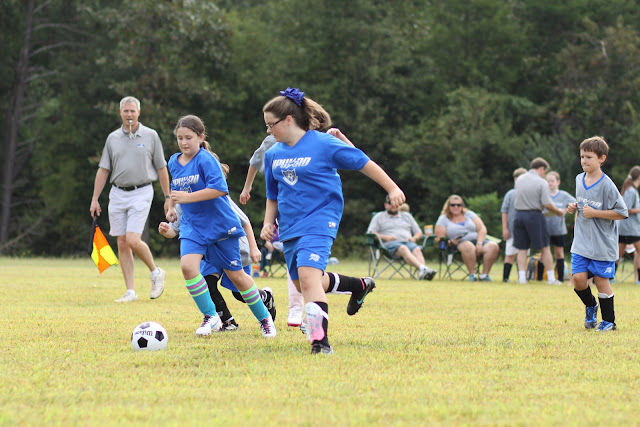 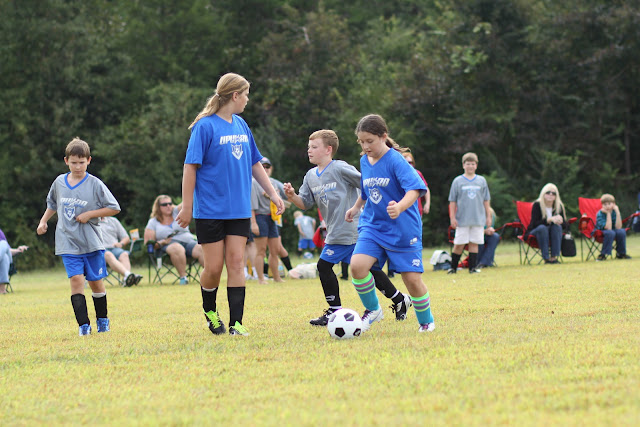 This might be Jaina's last season playing soccer, but I bet she'll go out with a bang.
Email Post
Labels: Jaina Upward