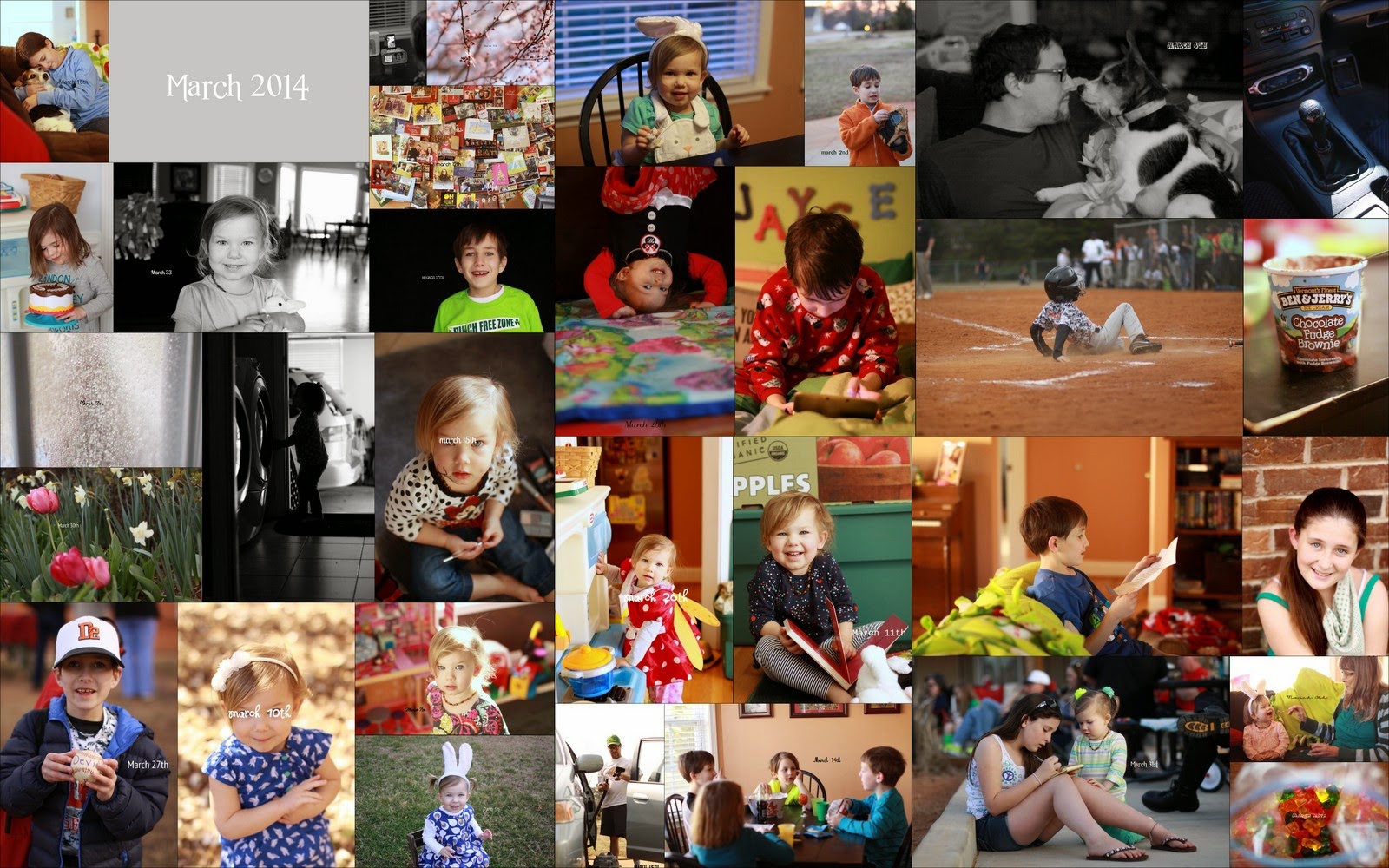 I'm not cute sure if March came in like a Lion and went out like a Lamb or if it was the other way around. We've had some crazy bi-polar weather going on around these parts. Techincally, the last day of March was pretty nice. But I think March 1st was actually pretty nice. But both days were surrounded by days with freezing cold temps and high wind. So, who knows how much truth is in that old saying?

Our March was like any other month: Crazy, busy, fun, mundane, repetitive, etc. Yeah, kind of like the weather. Just a little contradictory :)

Jocelyn played dress up with Minnie Mouse, fairy wings, and Bunny Ears. Jaina looked way too much like a teenager. Jayce played a lot of baseball and Minecraft. Maybe more Minecraft than baseball :)

Overall, it was a good month. The old Hubby finally got rid of his two-seater car that I've wanted gone for the past 12 years. So, he did good. He can now shuffle our kids around in his new car. Unless we have another one. And no, I do NOT want another one. As my friend Amy likes to say, "There is no more room in the Inn." Word.

April is "Jayce month" around here. Its Autism Awareness Day tomorrow (I'll probably post about it), he has his Spring Piano Recital on Saturday, we're heading to ATL for Spring Break, and then its Easter, followed by Jayce's Birthday. Oh, and throw in a few more baseball games and numerous practices.