Night at the ER

In 2003, Jaina was admitted to the hospital for dehydration thanks to a stomach virus. Soon after that hospital visit, I had to take her to the ER for a tear in her cornea. Um, yeah. Its not good when your toddler's eye bleeds, just FYI.

Jayce's ER visit came when he was 6 and he broke his arm at Greek Fest. He was such a trooper, that kid. Luckily, it was just a buckle fracture and didn't require a cast. Just a sling.

Last Saturday, it was Jocelyn's turn. (Really, I could have done without her reaching this particular milestone).

On Saturday morning, she complained that her vagina hurt and she didn't want the "pee pees to come out". She woke up from her nap at 4:30 completely dry and started crying that it hurt. She peed a little upon waking but not much. She kept clutching her crotch and crying. Then she started writhing in pain and screaming "OW! IT HURTS!". I took her to the Immediate Care in town. We got there at 5:15. They close at 5. Minute Clinic and Doctor's care closed at 5, too. Pediatric Evening clinic isn't open on Saturdays anymore. By this time, she had been crying for a solid hour. I took her to the ER.


They had to cath her for a urine sample. It wasn't nearly as traumatic as I thought it would be. They got SO much urine out. This was around 6 PM by this time. Her urine culture was negative for a UTI. They took blood (much more traumatic). It did not show evidence of any kind of bacterial or viral infection. The doctor did say that she was very red and irritated around her vulva and labia and that she most likely had a yeast infection.

She cried until they brought her some topical lidocaine for her diaper area. She felt better after that and went to sleep. Her urine showed dehydration (along with dry skin and chapped lips and flaming red cheeks) so they hooked her up to an IV. That wasn't fun, either. But she said she felt better 30 minutes after fluids.

However, the doctor heard something in her chest when he listened with his stethoscope. He sent in the respiratory therapist, who also heard a "crackle". She gave Jocelyn a breathing treatment and then sent her for a chest x-ray. Brian got there in time to help with the chest x-ray. 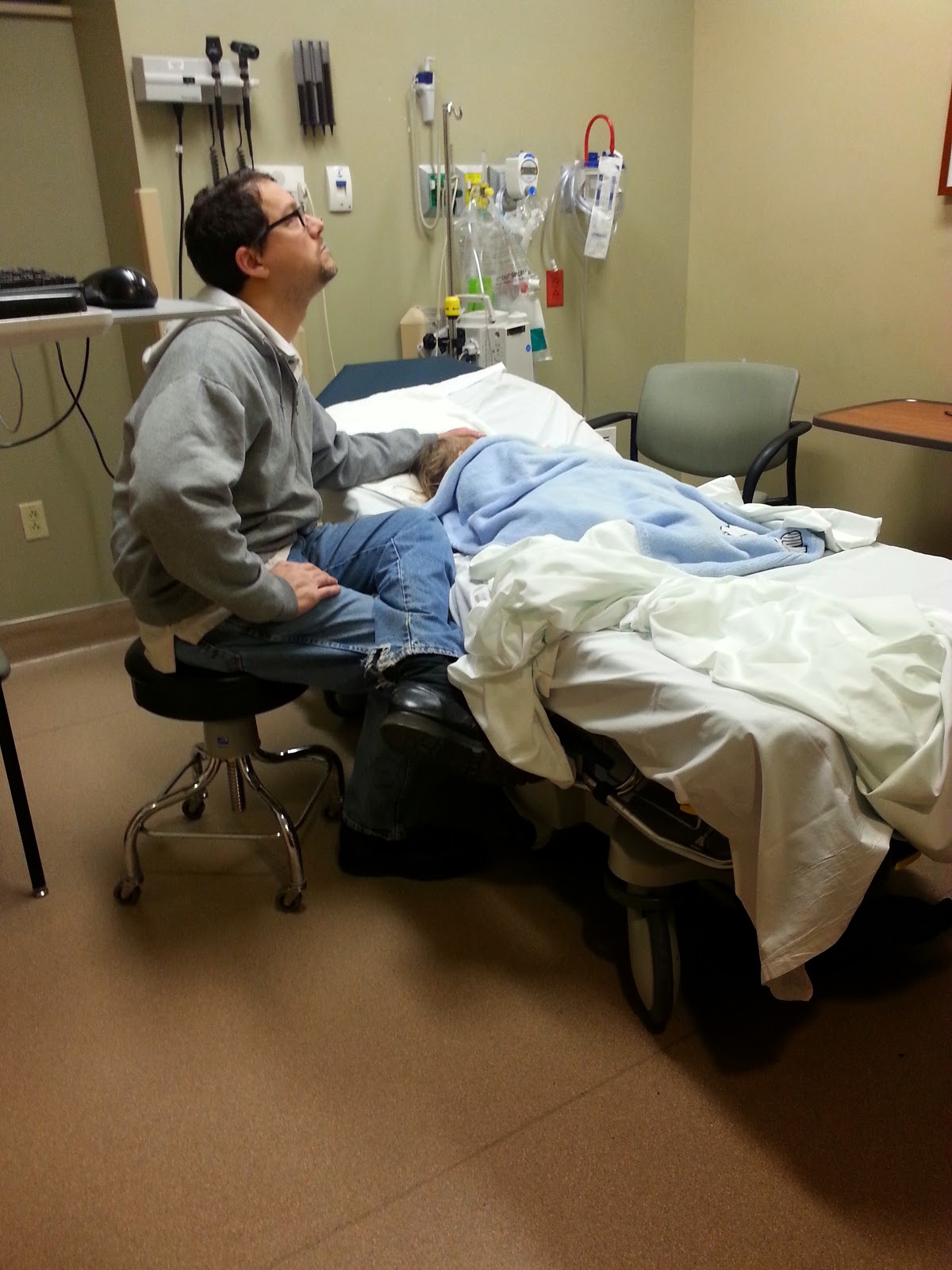 Chest x-ray showed reactive airways but was negative for pneumonia. We continued to give her fluids while she slept. 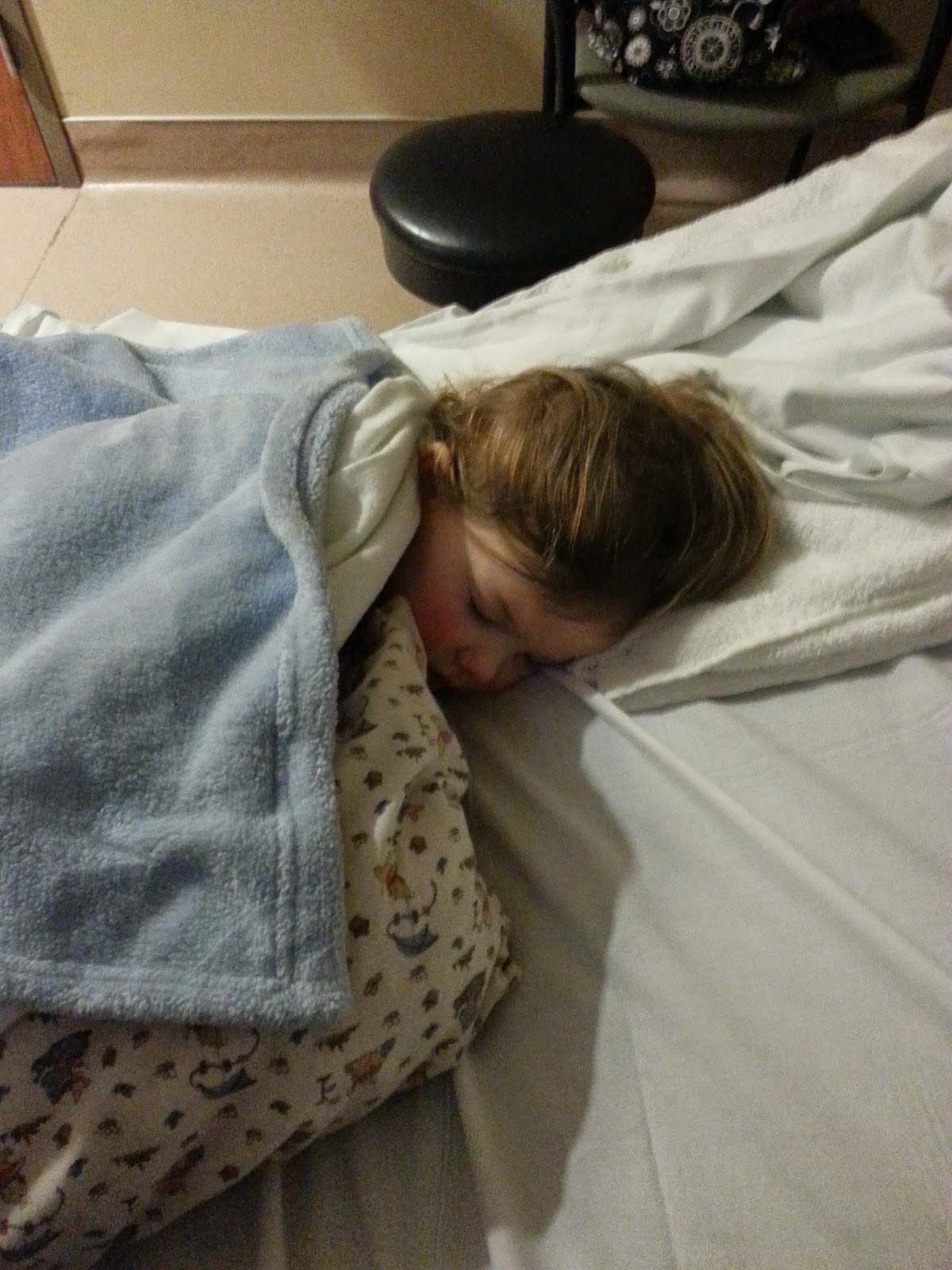 The ER doc came back in and said that if she could drink by mouth, he'd send us home. He also ordered a bladder scan to make sure she wasn't holding an unusual amount. The scan came back fine and she drank 3 oz of milk. We got home at 11:00 PM.

We expected a baby that received IV fluids to have a soaking wet diaper when she woke up.

Yet, she was happy and playing and wasn't in pain anymore. 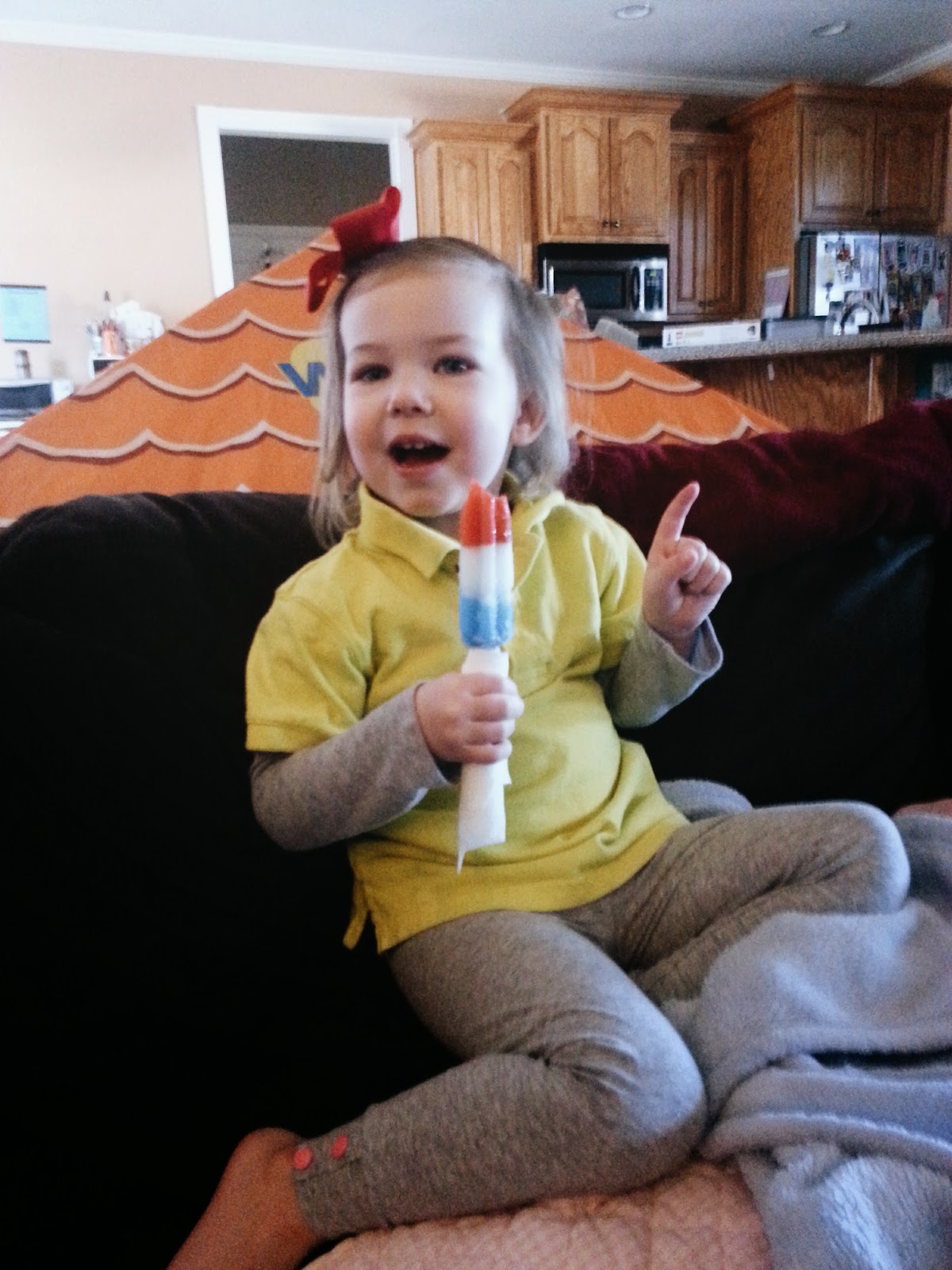 I was pumping her full of fluids. Popsicles, soda, lemonade, milk, water... whatever she wanted. Brian even went and got her a Baja Blast Frozen drink from Taco Bell.

We ended up waiting 25 hours for her to pee. I was *this* close to taking her back to the ER. I have never been so happy to see pee in my life. 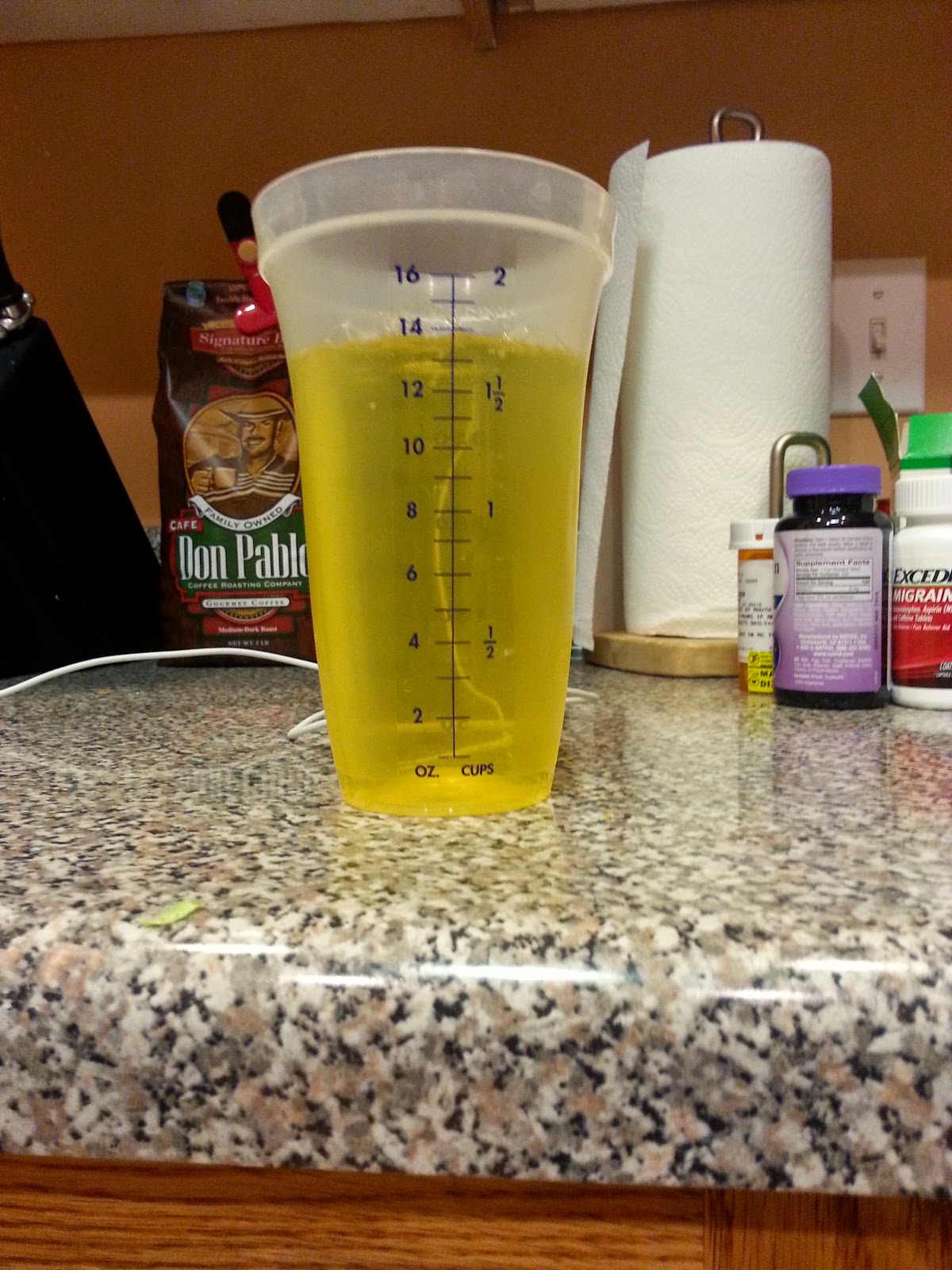 Yes, that would be FOURTEEN ounces of urine my 3 year old toddler was holding. I mean,damn.

I didn't think that was normal so I took her for a follow up pediatrician visit on Monday. Our doctor received all the ER reports from the hospital. This is her theory:

- Jocelyn got an external infection (most likely vulva vaginitis) from wiping with tissues and toilet paper during potty training.
- It then made it burn when she peed.
- This caused her to hold her pee.
-Holding her pee made her bladder swollen and spasm.
-Then when she tried to pee, she couldn't go.

I'm happy to announce that she is all better now. Baking soda baths, no soap whatsoever down there, wiping with soft terry cloth washclothes, and some external yeast cream has cleared her right up.

And she's back to peeing in the potty. Totally her decision :)

Let's put this ER visit in the blog and then forget that it ever happened. And never do it again!