Last year in 2014, for the first time ever, I actually completed a photo challenge. 365 pictures (give or take, lol) in one year.

Part of me did enjoy the project. I love having 365 pictures of my kids. I love having tangible memories of what we did last year. I like that it forced me to be creative even when I wasn't feeling like it.

However, it was a big pain in my rear end as well. I had to fudge on a couple of days because I forgot to snap a picture. More often than not, I was feeling uninspired since my days consist of laundry, dishes, and picking up toys. I didn't like how I now have photographic evidence that my then 2 year old would wear the same outfit 3 days in a row. Or, sometimes, even more than that.

I really debated on what I should do this year. I knew for sure a project 365 was out. After putting together a photo album of my pictures and making a video on flipagram of them all, I was really sick of looking at them.

I decided a picture a week was way more my speed. I read several photography blogs that host Project 52 challenges with weekly prompts. I knew I wouldn't do those either. My goal is to take pictures of my family's activities like I normally do and then pick ONE picture that best describes our week.

We went to Chimney Rock on January 2nd and choosing a picture from that day was hard. I also know that 90% of my images are of Jocelyn. Any time I get a good shot of my older two, I'm going to make a point to use their image as my weekly pick. 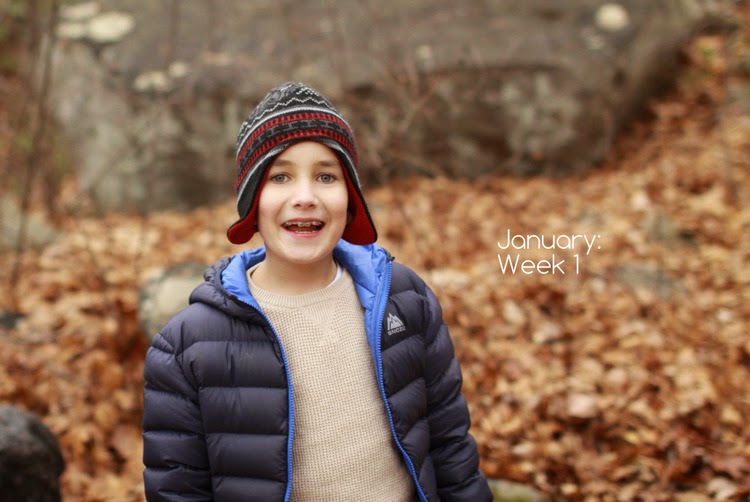 I really debated using this next picture. First of all, we really did potty train all week. That's literally all we did. I love this picture because she was unaware that I was taking it and it really does capture the moment perfectly. It doesn't bother me that she doesn't have clothes on (and you can't see private parts anyway), but I know it bothers the general public when parents put "oversharing" pictures like this on social media. For that reason, I decided to keep this image off FB. I shared a blurred version on my IG account (which has like 200 followers). I'm choosing to share this version here because I know my audience that reads my blog. I have 169 followers and a basic blog post that isn't shared with FB gets on average 14 hits. If any of my 14 readers have a problem with this picture, just let me know. 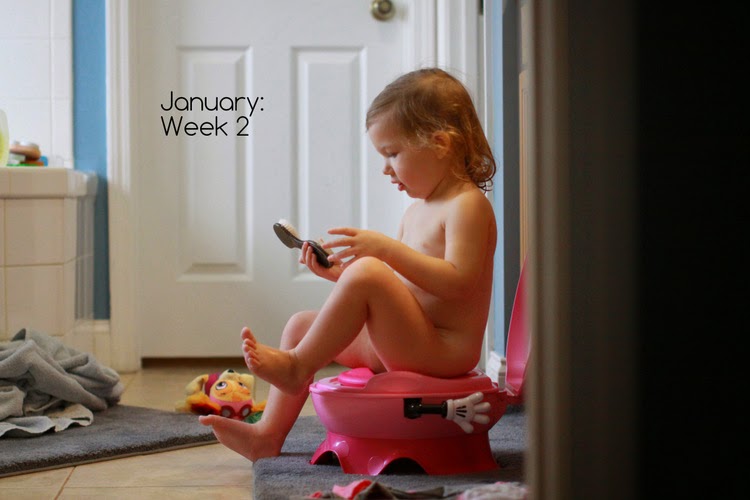 We had several days the third week in January where temperatures were in the upper 60's and low 70's. It was heaven. 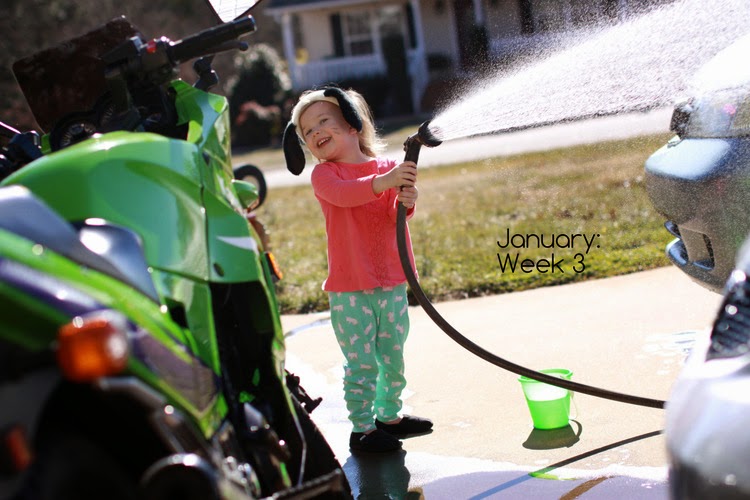 And then we celebrated Miss Jocelyn's Third Birthday. 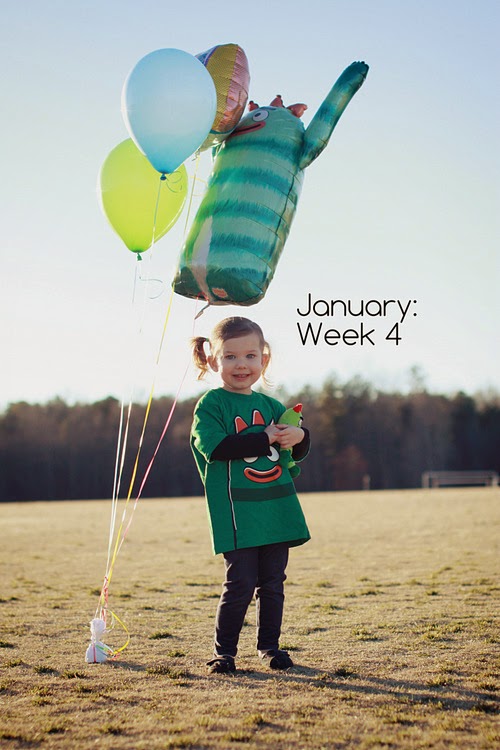 Overall, it was a good month. We were disappointed that it didn't snow like it has in some Januarys past. We'll keep our fingers crossed for February.
Email Post
Labels: project 52