Brian doesn't like us to make a big deal on Father's Day. He doesn't want presents or cards or to go out to eat or to do something fun. Its because those are all the things *I* like for Mother's Day :) And he doesn't want to be responsible for making all those things happen for me at the next holiday :)

We needed a new grill desperately. 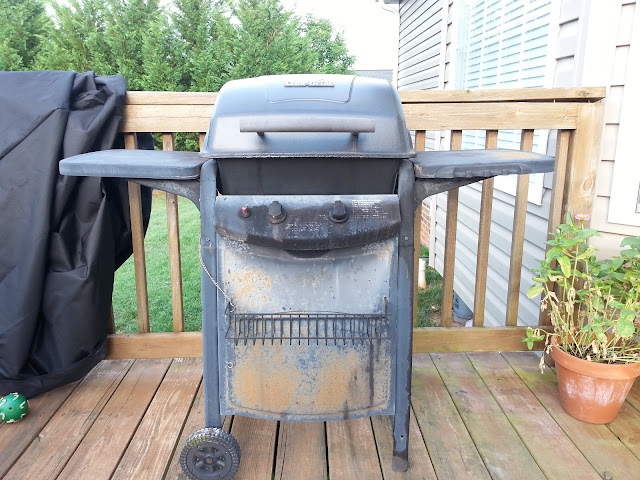 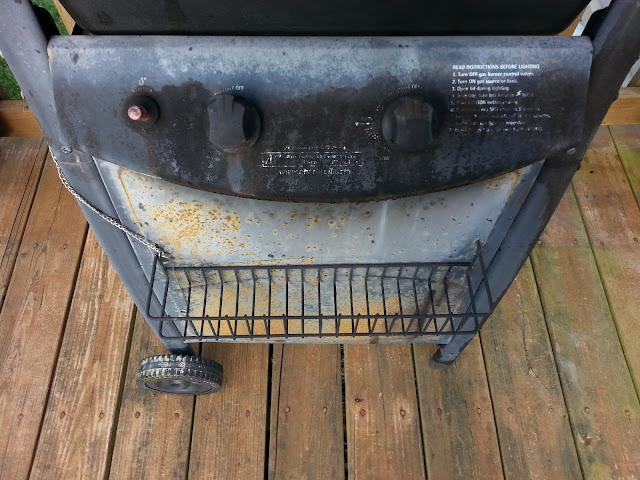 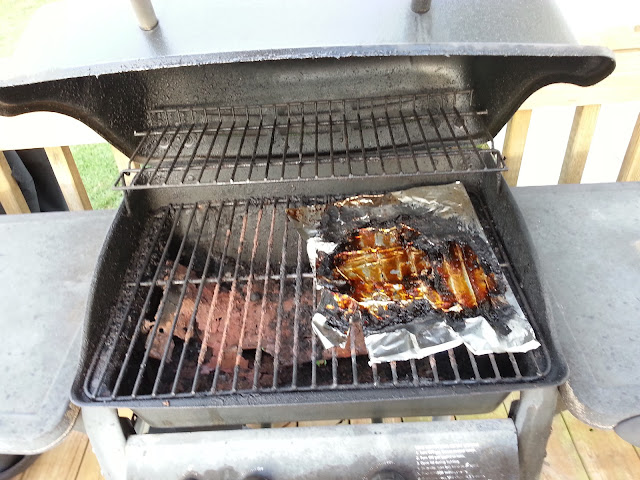 And here's the "New Hotness". 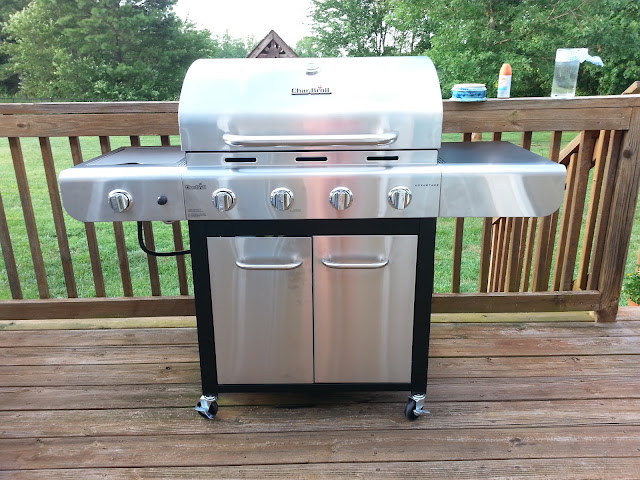 If I had left it up to Brian, he would have bought the cheapest grill at Wal-Mart and in a few years, it would look just like the one up there.

I found a good deal on one online. I asked my neighbor what 40,000 BTUs were. Then I called the store, paid for it, had them assemble it, and prayed that it would fit in my van.


Then I asked another neighbor to help me get it back OUT of the van. 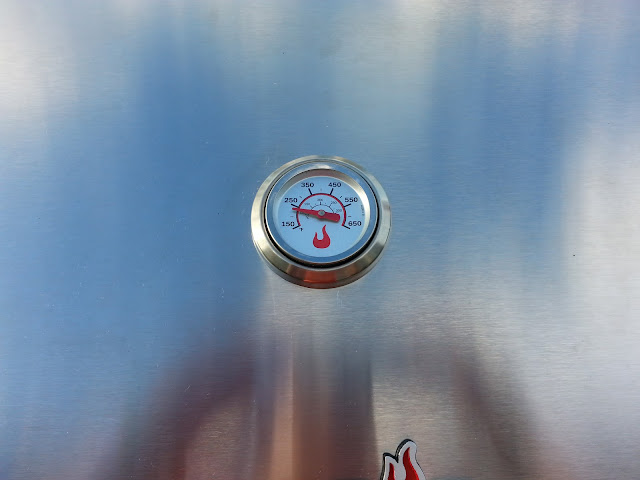 This one has so many more features than our old one. I knew he'd love it.

Brian came home and found it in the garage with a big red bow on top. 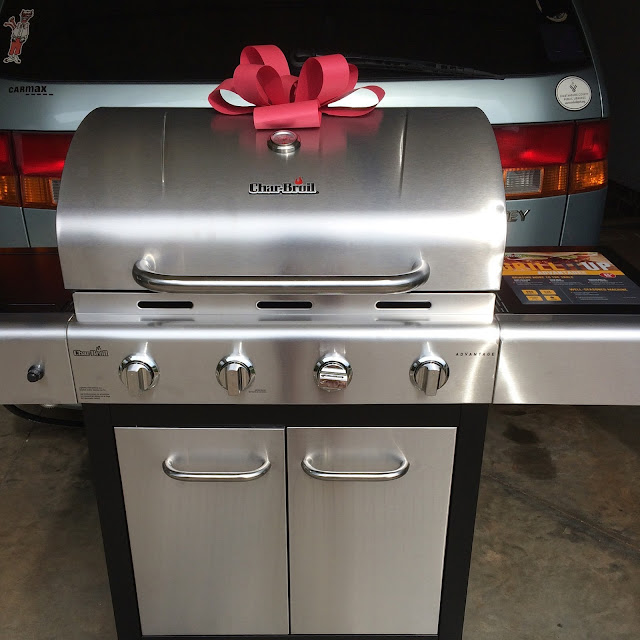 I think we grilled out three times that weekend :) 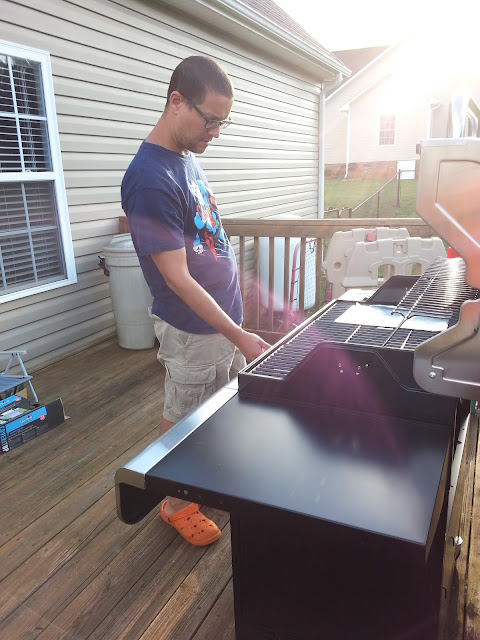 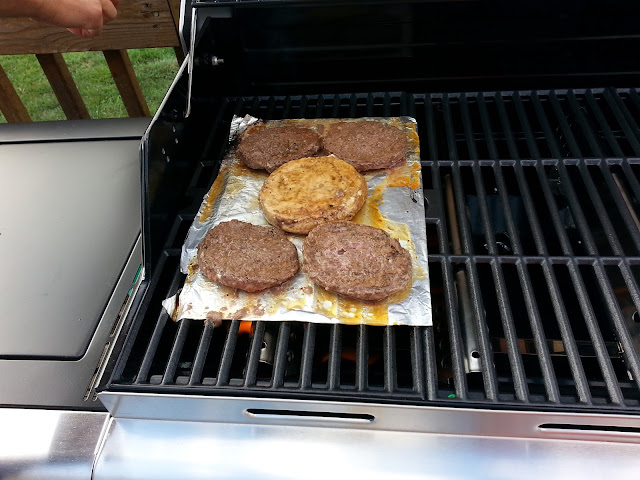 Those were some tasty and very evenly cooked burgers! We hadn't had those in a while!

And here's Brian with his brood of goofs. 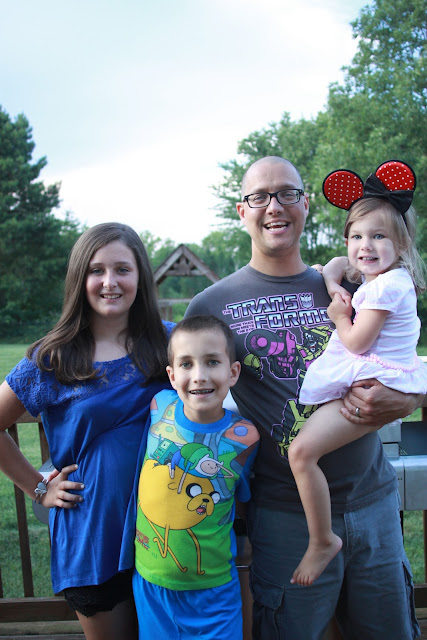