Brian, Jayce, and Jaina absolutely LOVE hanging out at the beach all day. 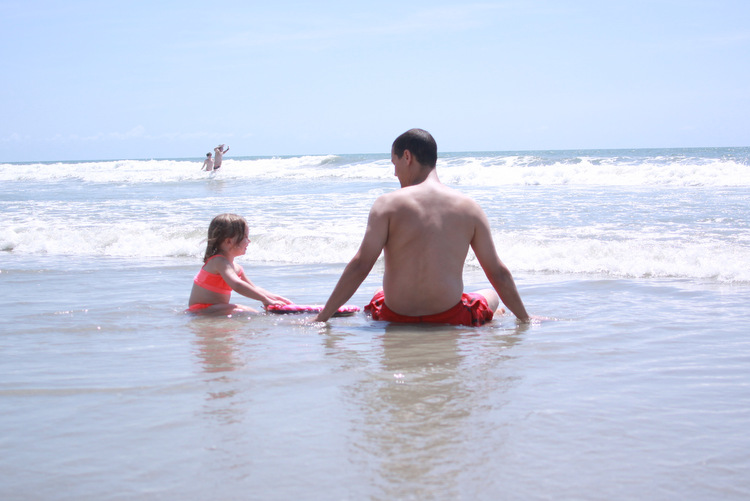 Jocelyn likes it for the first hour. She builds her castle, feeds her fish (i.e. throw sand in the water), goes out in the ocean for a bit, has a snack, and then she declares she's done. 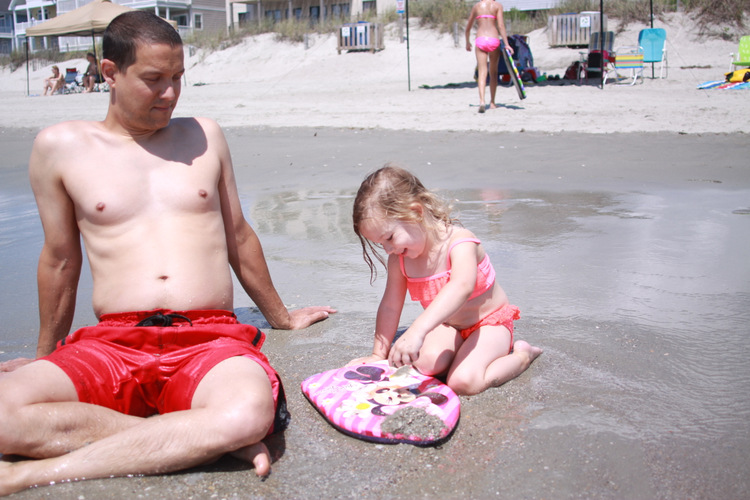 As for me, I love laying on our blanket with a coke and a good book. 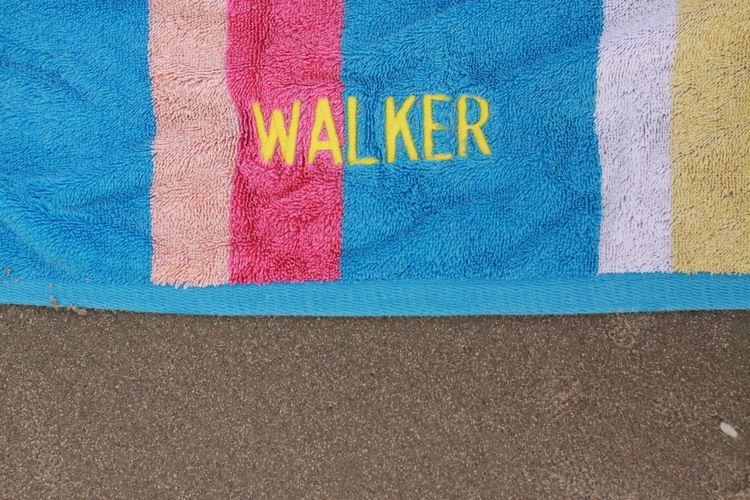 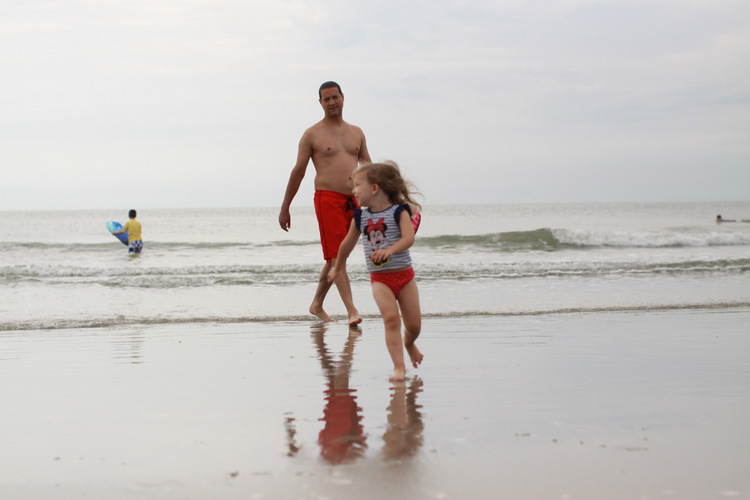 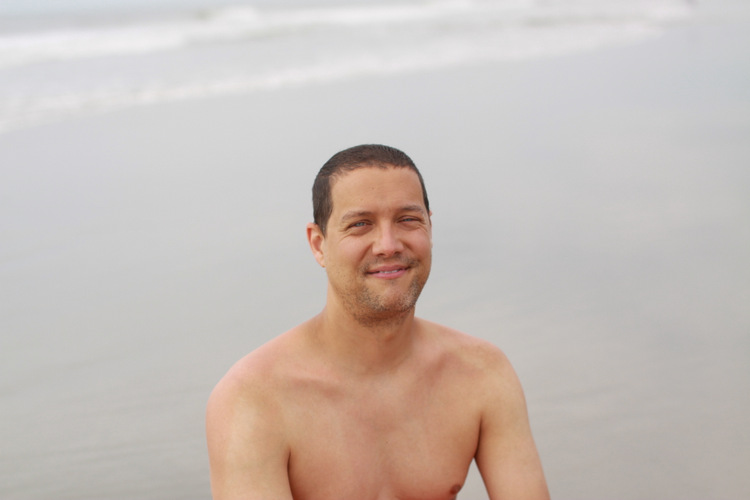 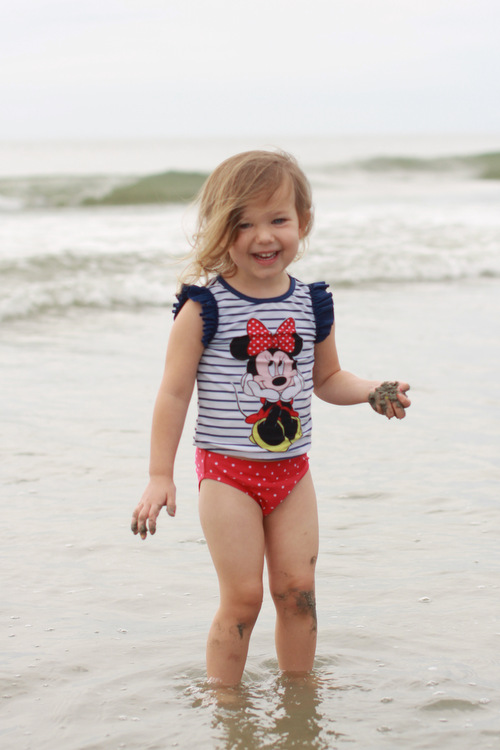 The first full day on our vacation was spent visiting my aunt Diane at her beach house rental in Surfside. We actually didn't step foot on a Pawleys beach until Wednesday due to the weather.

I wasn't complaining about the overcast skies, though. Shooting in direct sunlight at noon is quite difficult for me and I appreciated not having to worry about shadows on the kids' faces. 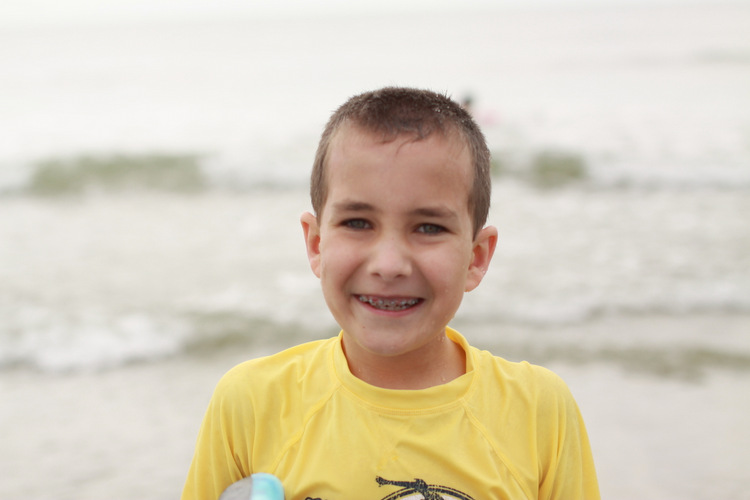 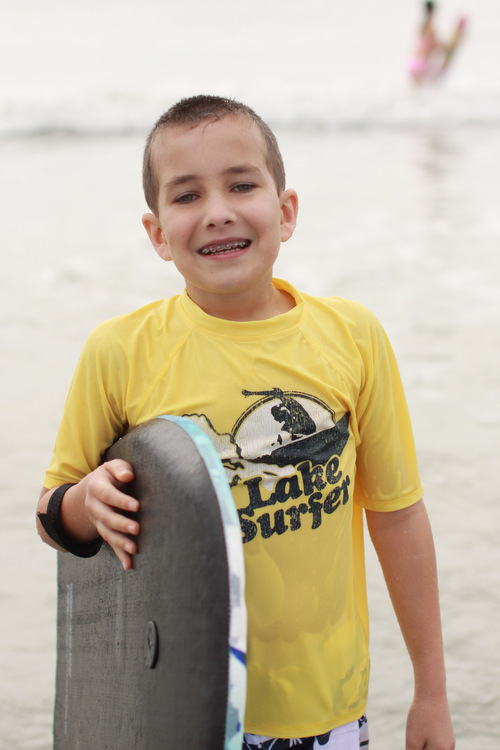 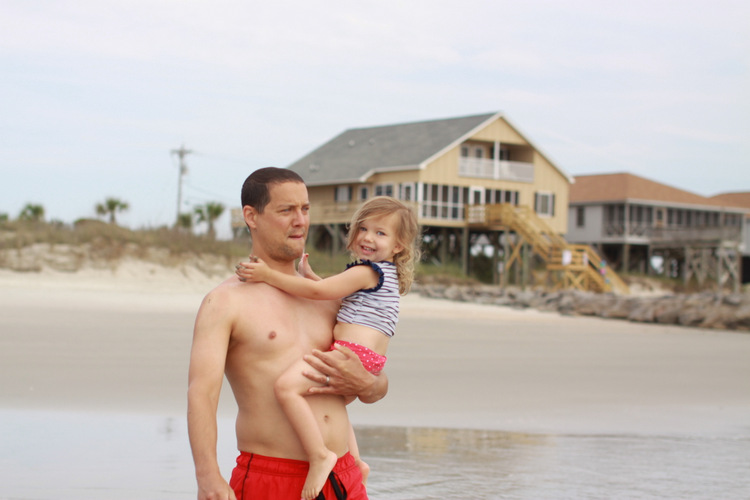 There was a lot of boogie boarding going on... 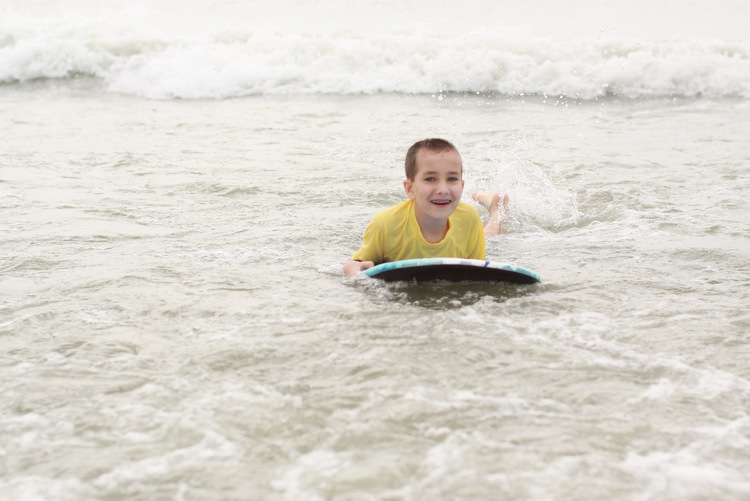 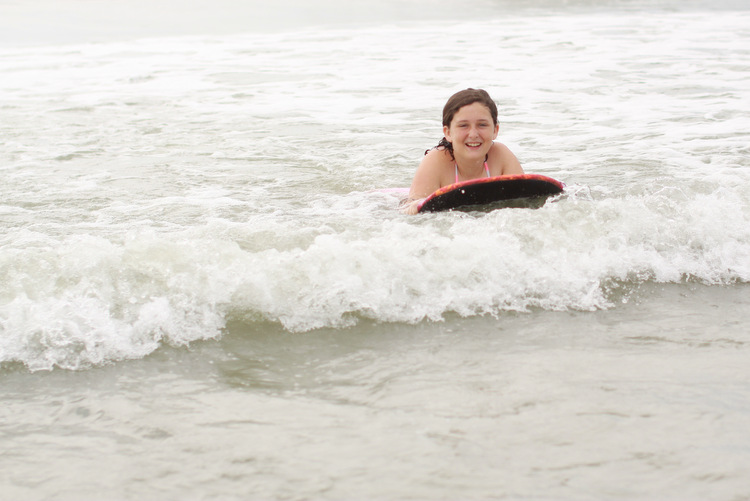 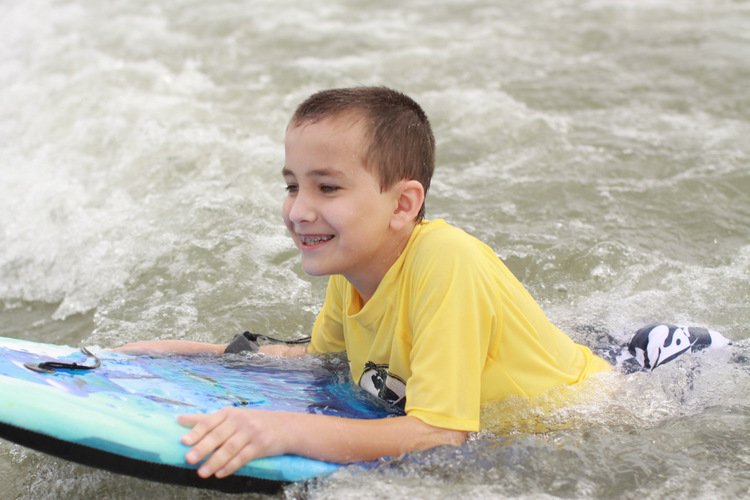 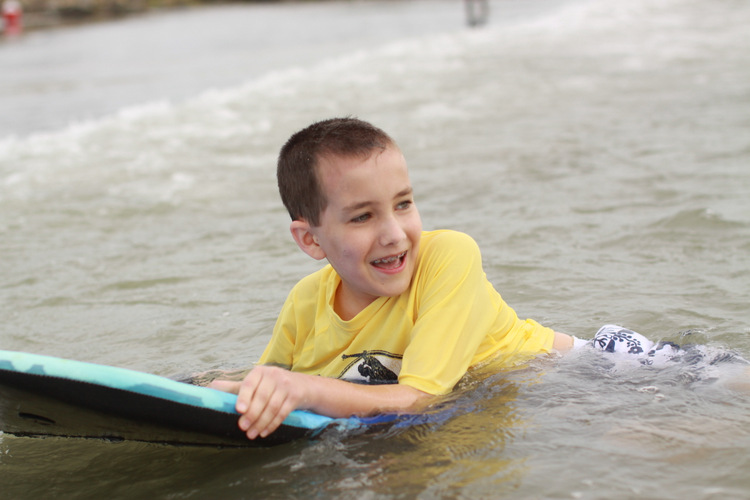 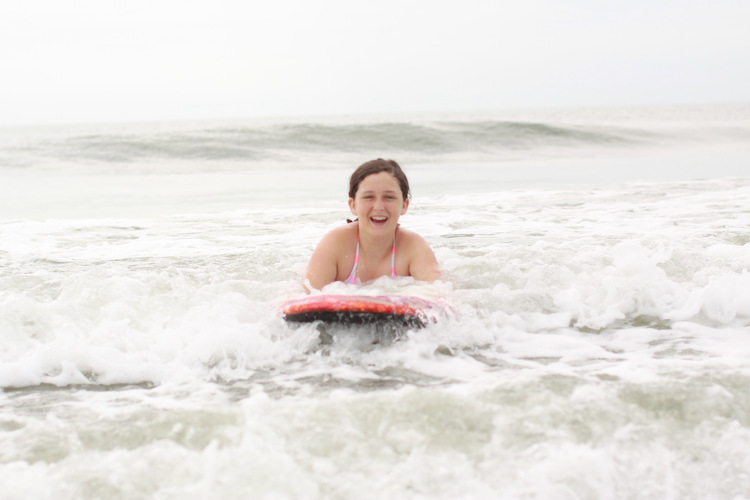 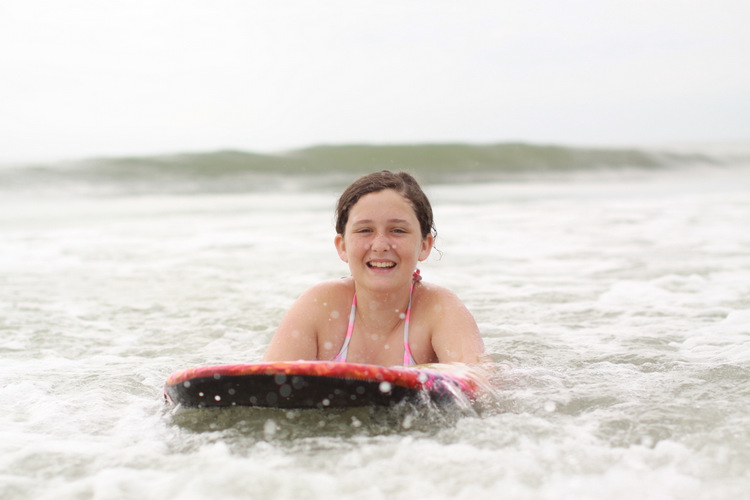 I never did get to ride a big wave in, but Brian sure caught a bunch. I didn't get a picture, though, because I had a sleeping 3 year old on me at the time.

Thursday morning was the day we went to visit the tidal pools at the very southern part of the island. This was our most successful tidal pool adventure ever! Jayce caught a fish. Jaina caught 5. Brian caught two salt water hermit crabs. And we saw a starfish! 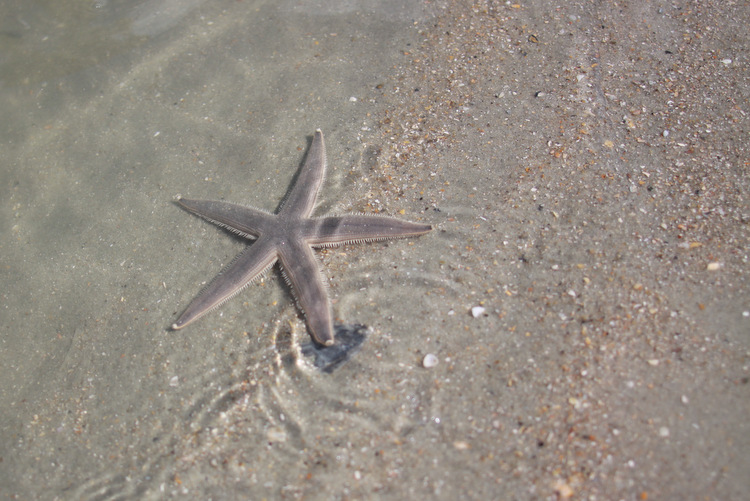 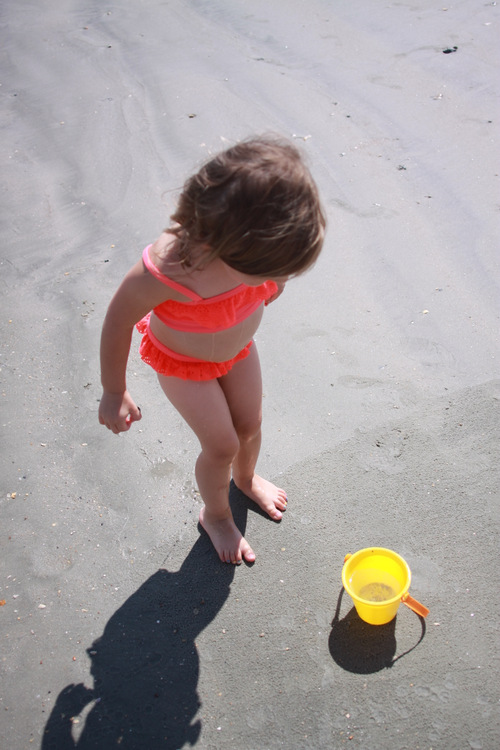 The day was absolutely gorgeous! 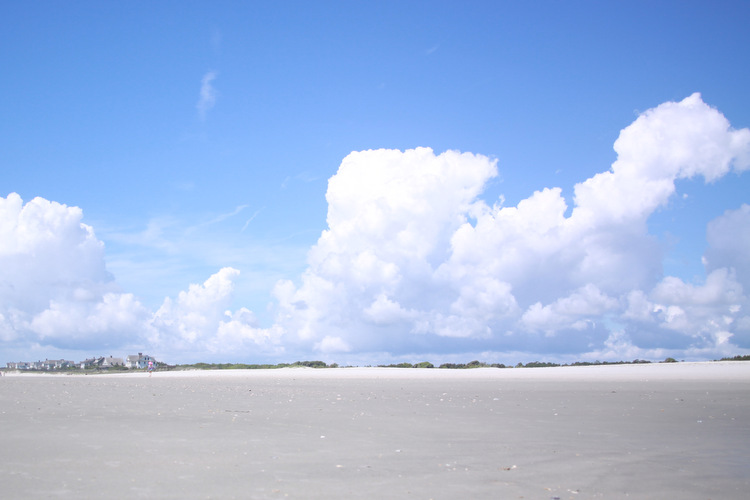 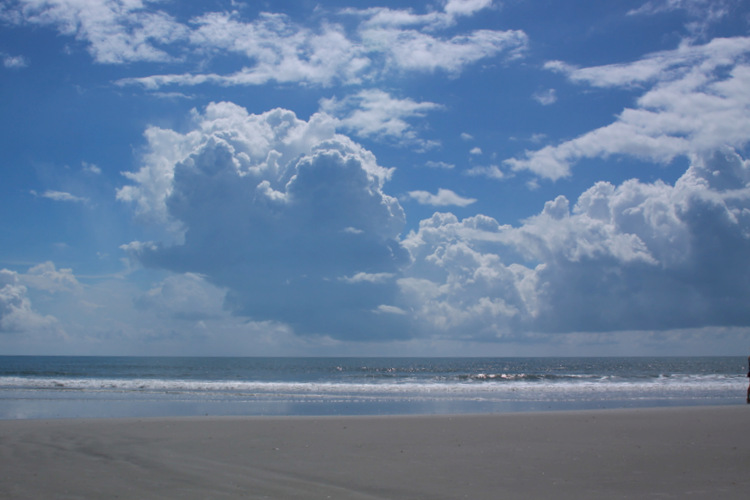 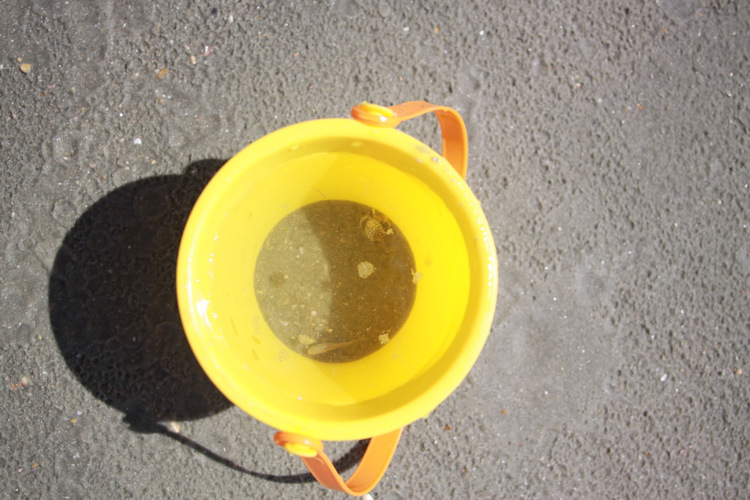 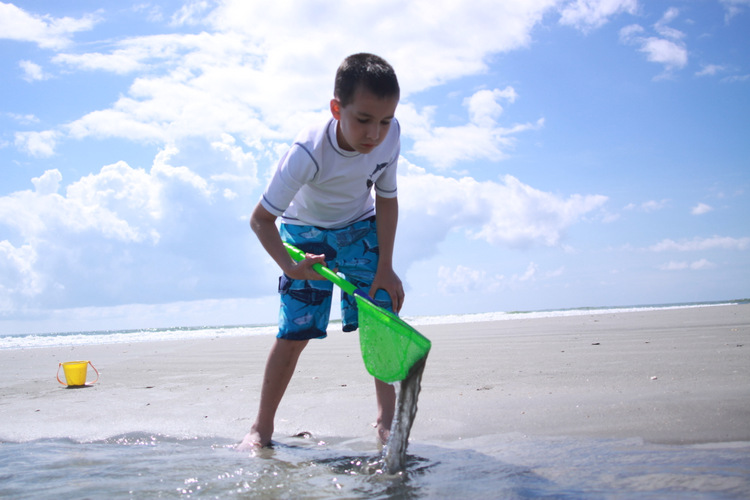 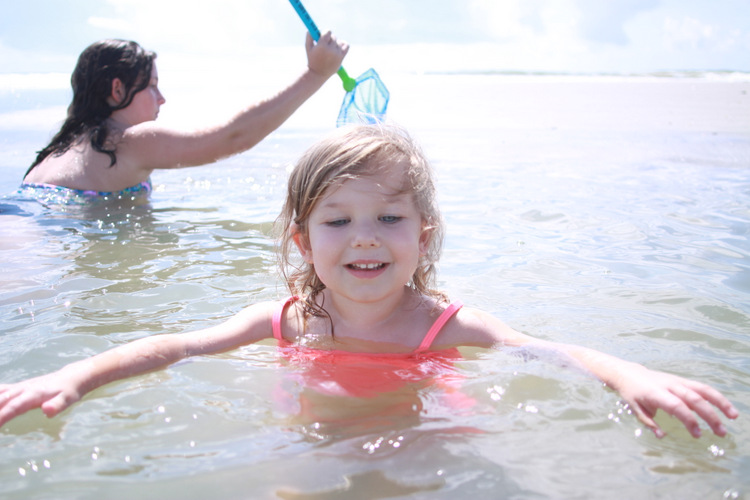 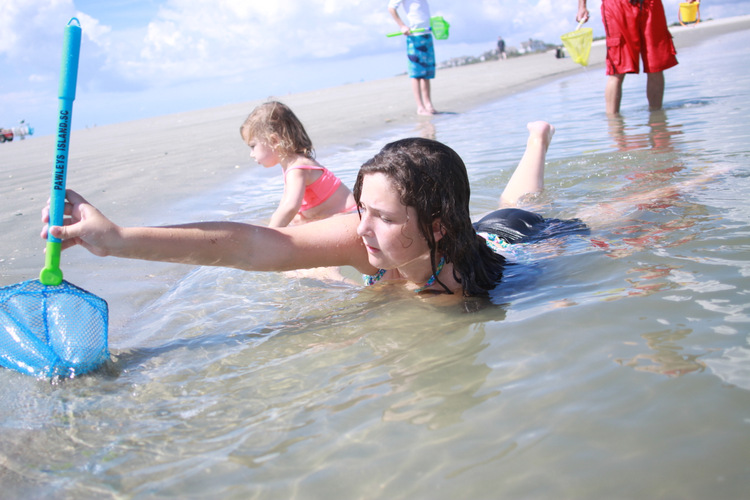 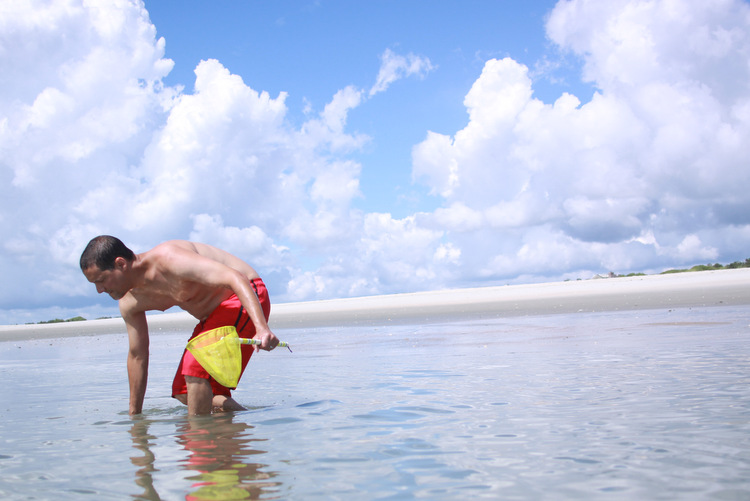 Brian accidentally killed a small silver fish with the edge of his net. The big kids became quite upset and decided to hold a funeral for it. Jaina and Jayce wanted to name him Davey but Jocelyn said his name was Pokey. His official name became Davey Pokey Jr. 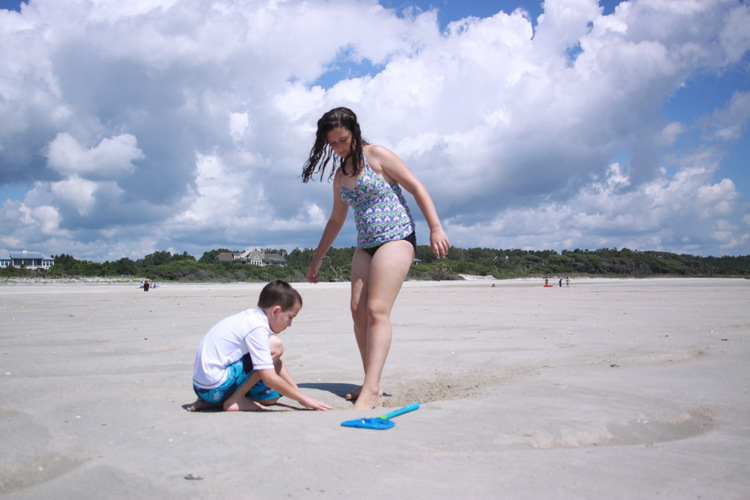 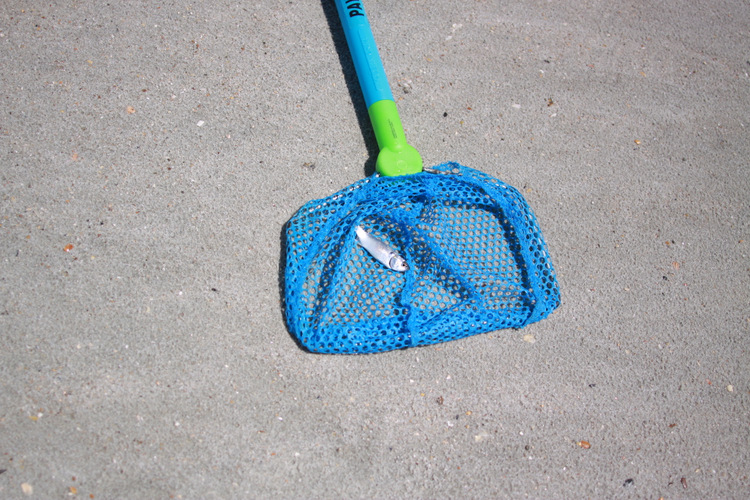 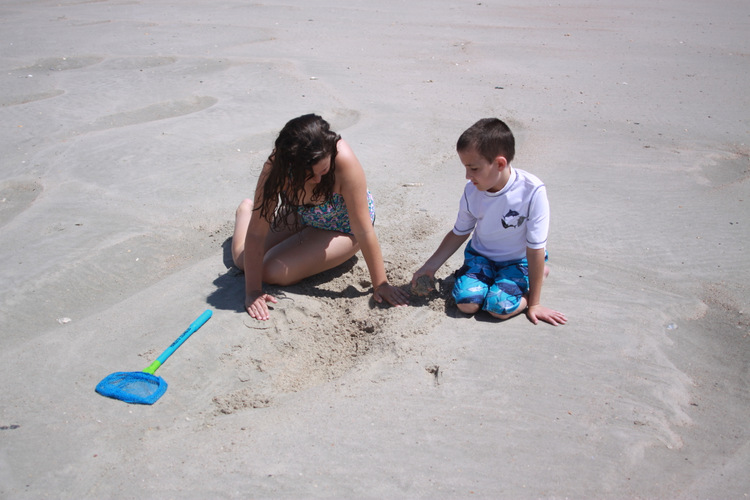 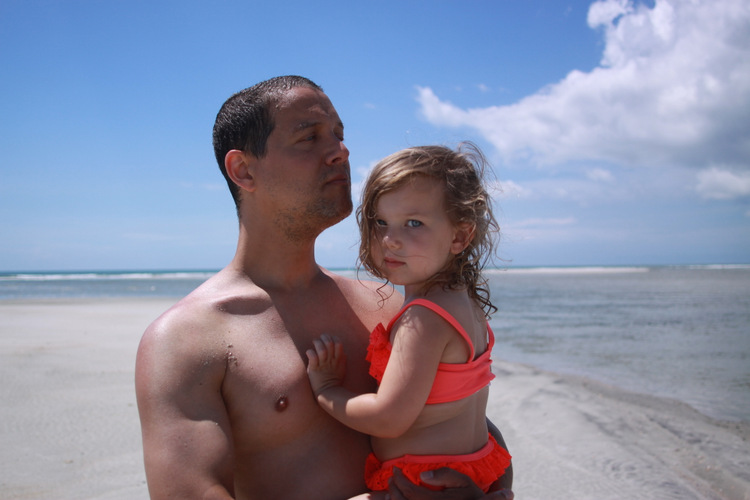 Despite the funeral, we still deemed the adventure a success.

We walked back to our beach blanket with a bucket full of beautiful sea shells Jocelyn picked up along the way. She then climbed into my lap and fell asleep while Brian went out to play in the ocean with the older two.

More pictures to come from our evening walk on the North side later :)
Email Post
Labels: pawleys