Anyway, I wanted to blog about my middle child's milestone. It may not seem like a lot, but Jayce successfully wore his braces for over a year (which was months longer than anticipated) with hardly a complaint. AND, with absolutely no broken brackets or wires.

There was that one day he casually asked me where we kept the pliers in the garage, though.

"What do you need pliers for, Jayce?" I asked innocently enough.

"I'm going to take my braces off," he replied, matter-of-factly.

Other than that, he was a real trooper about them. And this is a kid with pretty significant oral sensory issues, too!

Now for the before and after pictures...

(I just love a good before and after!) 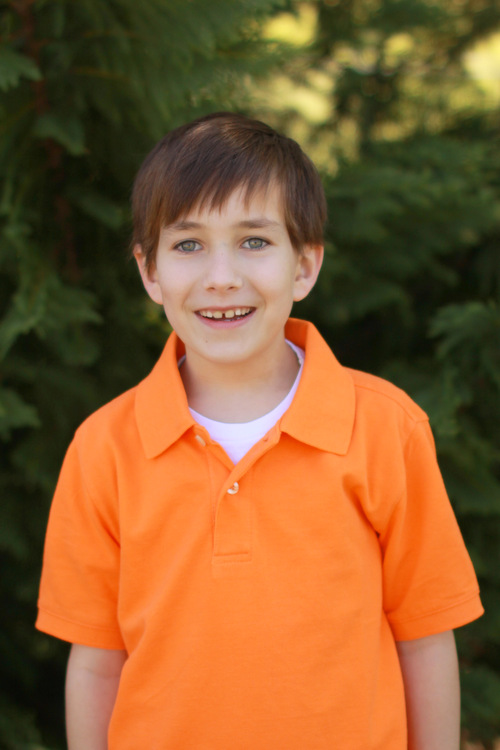 The orthodontist put the braces on his top teeth on April 20th. 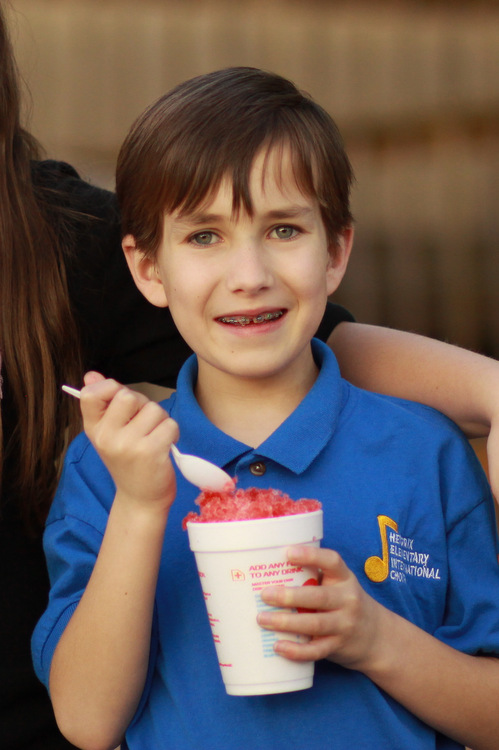 He had a pretty significant underbite with his top two front teeth and a cross bite in the back.

Now look at his teeth! 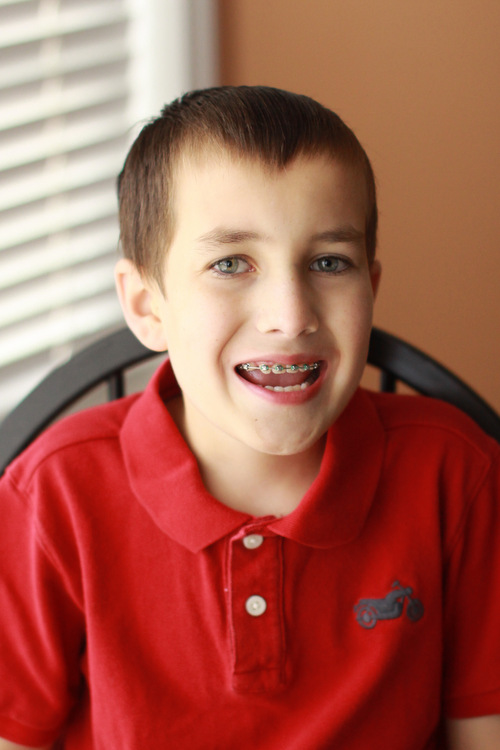 And Voila! They're gone!

The Afternoon of August 12th: 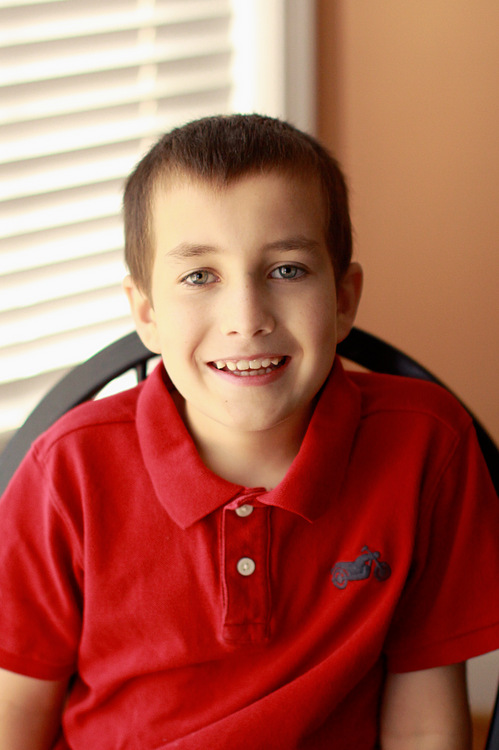 We're hoping this means he won't have to have braces again as a teenager, but if he does end up needing them again, it should only be for about a year.

I have to admit that I was a huge skeptic about "pre-orthodontics". I remember my orthodontist telling me that to put braces on a kid before their 12 year molars come in is just plain stupid.

I argued this very point with Jayce's orthodontist. He claims that new research has shown that early "Phase 1" orthodontics can help shape the mouth before permanent teeth come in. Moving baby teeth is much easier than moving permanent teeth. It does kind of make sense.

Jayce is happy to have them off... sort of. He said his teeth felt so weird and different that he actually asked the orthodontist to put them back on. He just laughed and said that he'd get used to his new smile.

He's done so well with his retainer. He must wear it all the time that he's not in school or eating. I don't even have to remind him to take it off or put it back in.

Although we don't know what the future holds in terms of orthodontics, I'm pretty sure he can handle whatever "Phase 2" might bring :)
Email Post
Labels: Jayce