Jaina participated in the musical, "First Grade Rocks" last week at her school. Sorry about the quality of the pictures... we had HORRIBLE seats (well, we were left standing against a wall, so it wasn't even "seats") and there was bad lighting and I couldn't really see Jaina for the majority of the play. Oh well :(

Right before the play: 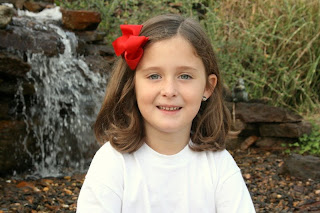 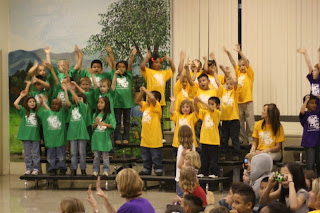 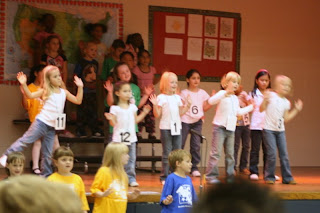 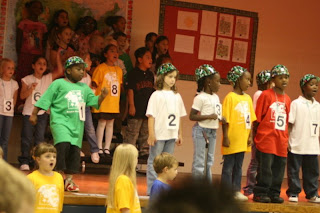 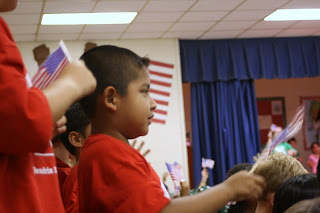 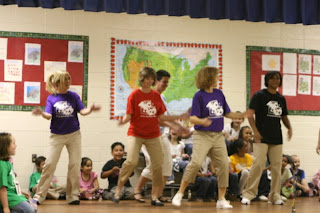 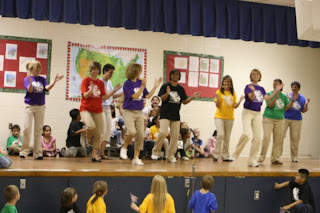 A poster Jaina made hanging outside her door at school: 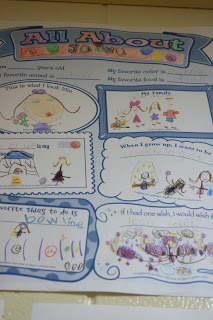 So,the purpose of the musical was to show the parents what our first graders were learning this year.. math, science, time, social studies, creative movement, etc. Not all the kids got to participate, which I think was kinda crappy. Jaina somehow scored a role, though, She was "Ant #2" in the "Ants go Marching" number.

Anyway, Jayce enjoyed the play, but not the 30 minutes of waiting for it to begin! It was crowded and hot in that cafeteria and I could hardly blame him! And the frustrating thing was that the entire play lasted 20 minutes. We waited longer for it to start than it even was! 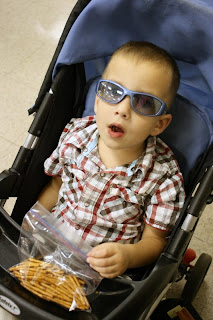 When we went to pick up Jaina the next day at school, Jayce said, "Sing Jaina? Ants march?" LOL!
Email Post