While on the topic of haircuts...

I may not be able to control what hair style my husband chooses, nor control how often he gets his hair cut, but I can have some influence on my Mini-Brian, aka my son Jayce.

In years past, we've just given Jayce the easiest quickest buzz haircut with clippers at home that is possible. Why? Cause with his sensory issues, he HATED getting his hair cut. But his longish hair was driving MY sensory issues batty (I have a hard time seeing hair cover his ears, I don't know why!) so I had to do something. Plus, Jayce doesn't like having his hair brushed at all, even with a soft baby brush. He tells me it hurts. Hence, the buzz haircuts.

I used to have to hold him in my lap while my husband wielded the clippers. Or vice versa. It really depended on the parent's patience level at the time and who didn't mind getting hair clippings all over them.

That's mainly in the summer. The past two winters, I've let his hair grow out and I'm starting to like it that way more and more. Jayce finally got used to the at-home haircuts we gave him and they were no longer the problems of years past.

I finally took Jayce to get his first hair cut at a salon right before Thanksgiving last Fall. He did SO well! And then he's asked several times since then to go back to Great Clips to get his hair cut again.

We had an unusual cancellation in our schedule on Thursday so we headed over after picking Jaina up from school. 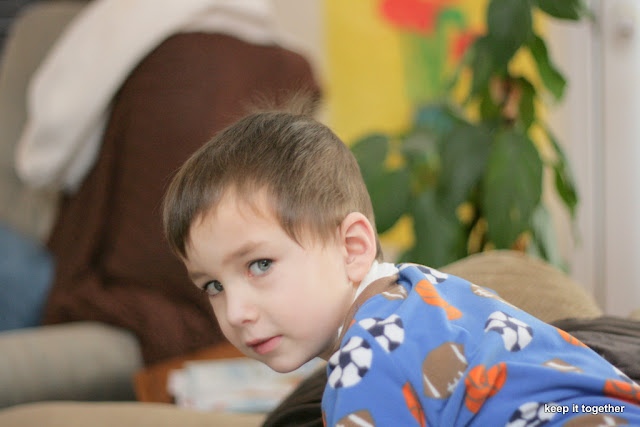 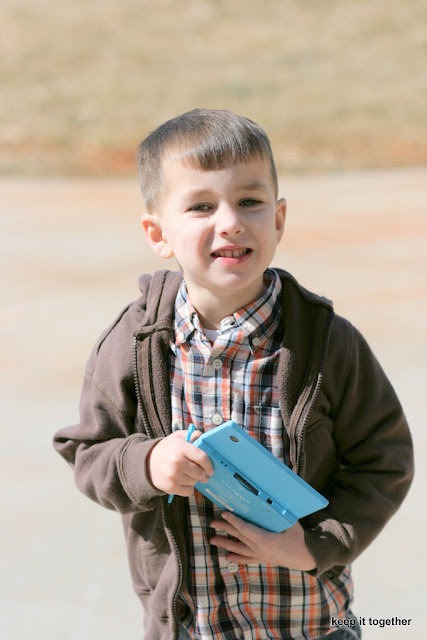 Just like with his daddy, no matter how he wears his hair, I love him just the same :)
Email Post