We returned last night safely from our week long trip to Las Vegas. When we arrived home, we found a sick child and a sick dog.

The sick child ended up with a sore throat and a fever. Just a virus, the doctor said. She was better this morning and even played in her soccer game.

Our sick dog didn't have the same prognosis. Alli has long since suffered from chronic pancreantitis. She must have gotten in the trash at some point this week and had another flare up. In the past, this has been easily treated by limiting her food and giving her some extra fluid via IV.

This time, she went downhill fast. By the time we rushed her to the weekend vet, she was already in kidney and liver failure. 6 hours of IV fluid did nothing to replenish her electrolytes.

We had talked about transferring her to the big Emergency Animal Hospital in Greenville so she could continue to receive treatment. But by the time we got to the vet's office, she was showing signs of nerve damage. Our vet cautioned us that she would probably not make it through the night. Or not even the ride to the next town over.

We chose to put her down, much to our 9 year old's dismay. Jaina still doesn't understand why we made this decision. As soon as I heard that Alli wouldn't make it, I drove the kids up to the vet to see her one last time. It was very very hard on all of us.

I have pictures, but haven't uploaded them tonight. I'll post them later this week. For now, here's how we'll remember her: 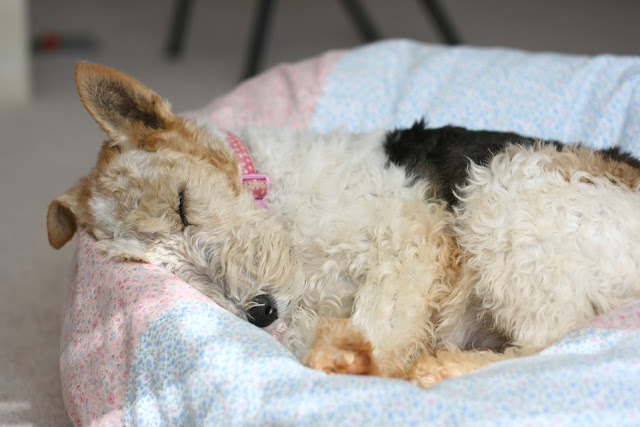