It pretty much rained here all week.

I'm the first to admit that I can't stand stormy weather. I like my sunshine, thankyouverymuch. I know we need the rain and all, but I could honestly do without it.

Gotta hand it to the teachers at school, though. They thought of creative ways to do "recess" indoors. Jaina told me she learned how to play "Heads Up, 7 Up". I used to love that game when I was in elementary school!

Jayce came home and said, "I played CHECKERS today, mom! I loved it!"

I responded, "I didn't know you knew how to play checkers, Jayce! That's great!"

Well, actually, I can't. I never learned how to play checkers. We don't even own a checkers board in this house.

But I do love me some chess :)

My brother Jeff taught me when I was 7. I bought a board for Brian when we were still dating and kidless and we'd spend many nights playing a game or two. He always won, though!

So, I convinced Jayce that chess was SO much cooler than checkers. 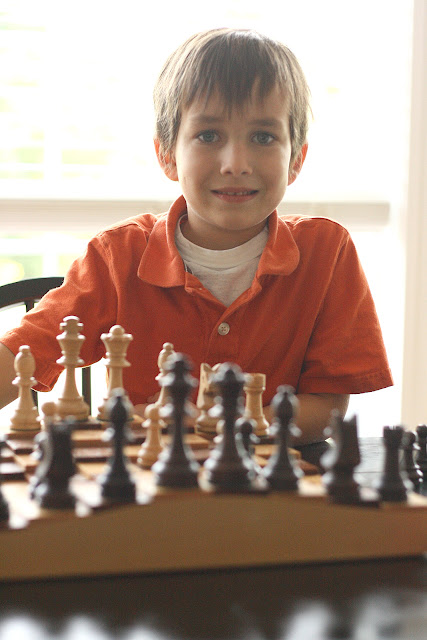 We started out learning about pawns and what direction they can move in. And why they can only take another piece out diagonally. 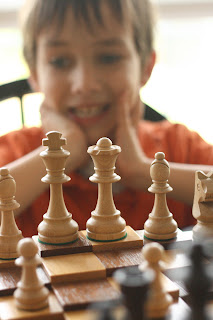 He kept saying, "This is easy, mom! Why do people say chess is hard?" 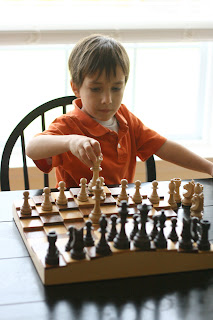 Then he learned how all the other pieces move. 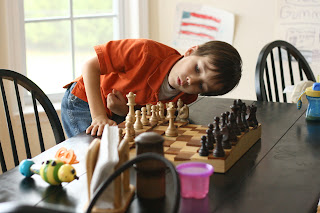 It took some careful thought to figure out what to move next. 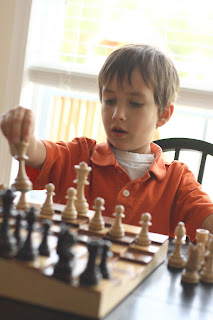 He quickly learned that the Queen was the most powerful player on the board. And he loved the idea of "Check" and "Check Mate". 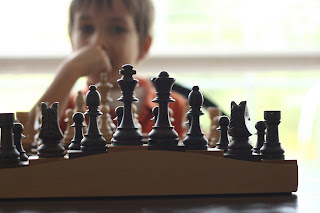 We've played every day since then. I think I've created a monster :)
Email Post
Labels: Jayce