Its a Greek Tragedy

It must really be Fall now in our town since the Annual Greek Fest was this past weekend!

The Festival was rained out last year, but the kids remembered how much fun they had the year before and they were very excited to go again! 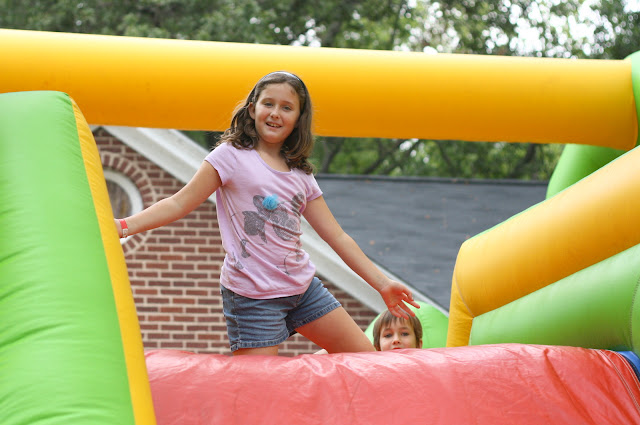 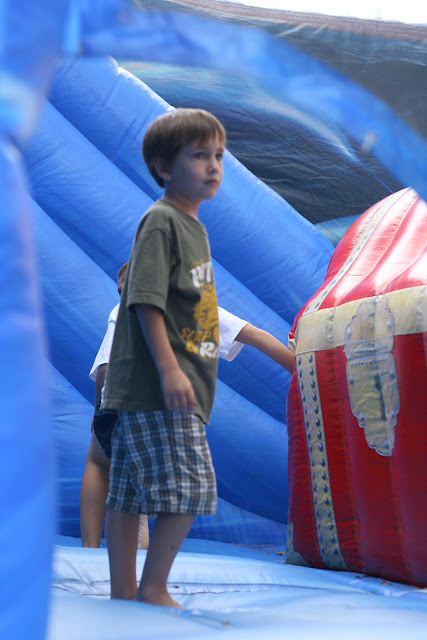 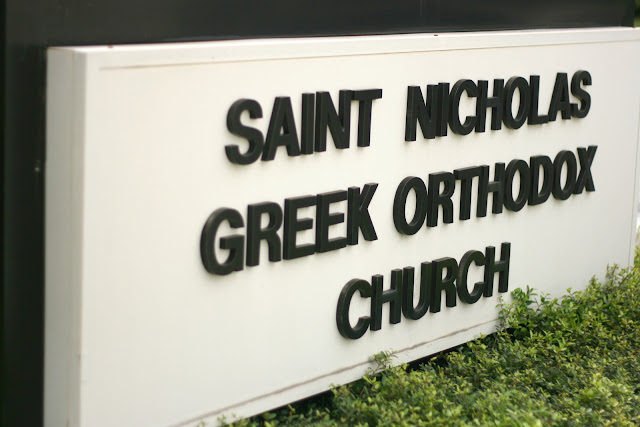 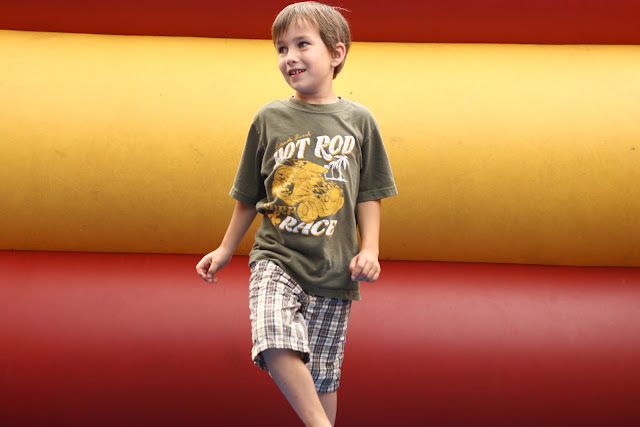 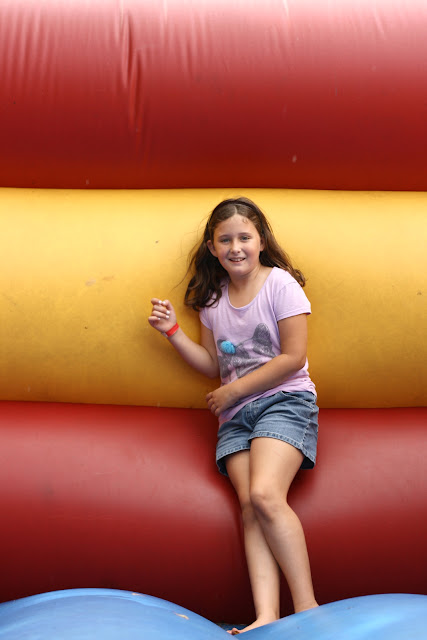 It started to rain immediately after we had spent all our tickets at the Bouncy Houses, so we hightailed it into the dining room to eat some excellent greek food! As an added bonus, we even got to sit with our good friends, Dodi and Vince :)

The rain had stopped by the time we'd finished and we were all set to go see the Greek dancers. The kids saw the church's new playground and wanted to stop there instead for a minute. 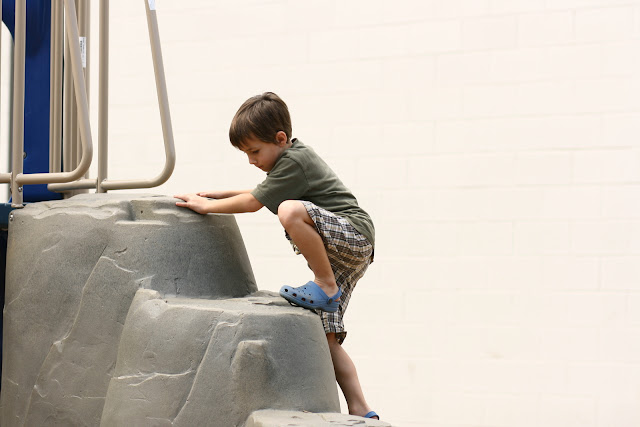 The kids started playing a game that involved jumping off of those "rock" steps. I was watching them do it the whole time and didn't think anything of it. 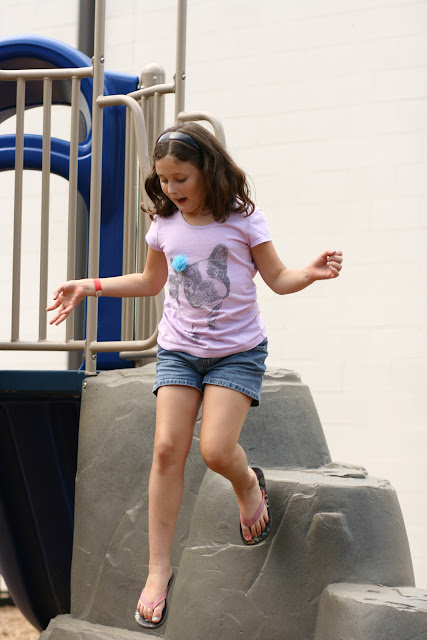 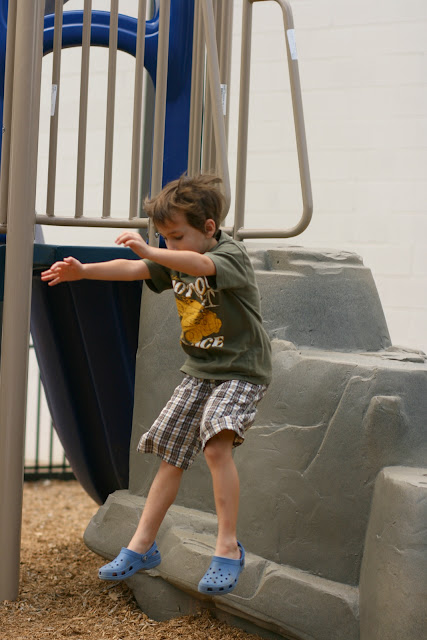 Then Jaina decided to jump off the very top step. She landed just fine. 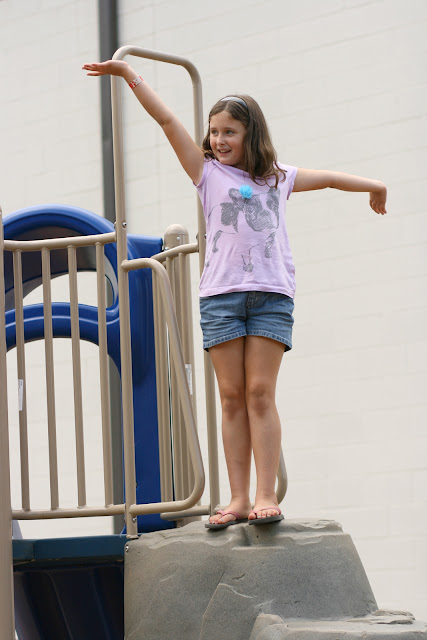 Then Jayce decided to copy her. Um, his didn't end up as well. 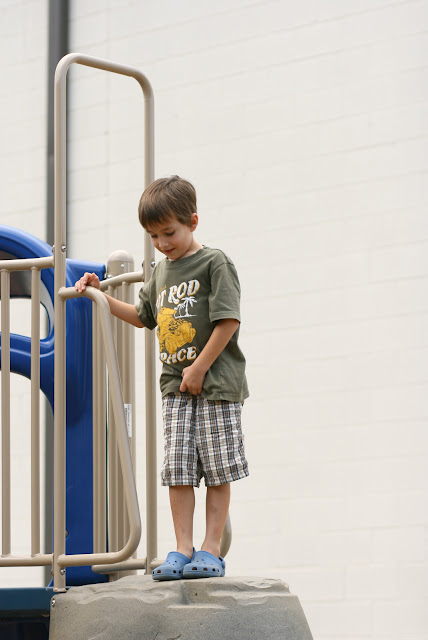 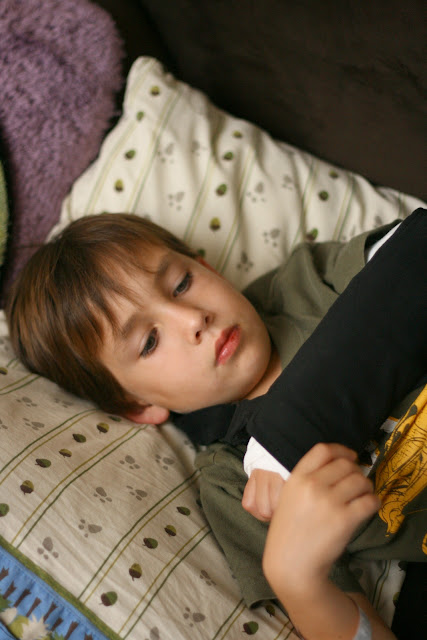 3 hours later, we were home from the ER with a temporary soft cast/splint, prescription for tylenol with codeine, and copies of x-rays that showed a buckle fracture in his left arm. 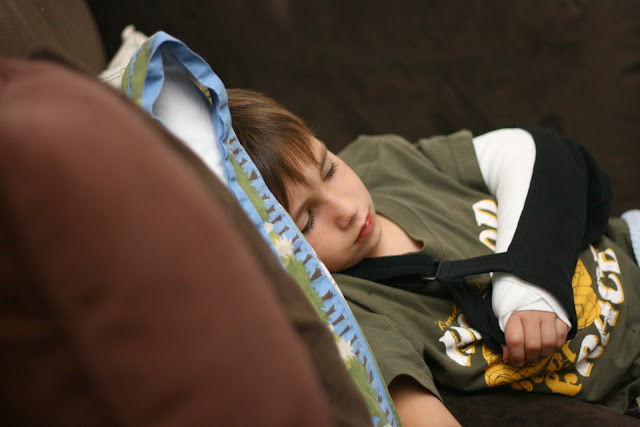 Jaina made him a get well soon pumpkin :) With bandaids and everything! 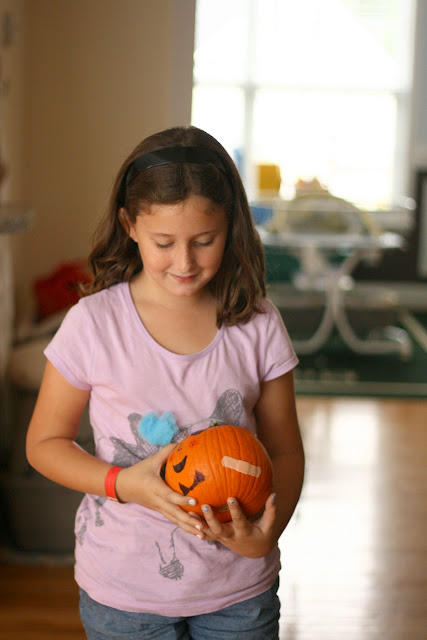 We're just headed out here in a bit to see the Orthopedic doctor to get a more permanent cast and some new instructions. Not quite sure what this means for piano lessons, soccer games (there's only 5 weeks left!), or our big Universal Studios Trip scheduled for November.