Its so hard to say goodbye 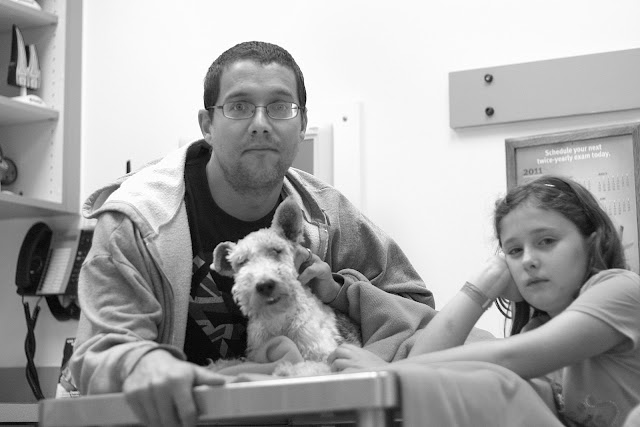 It was hard to do, but sometimes things in life just aren't easy. 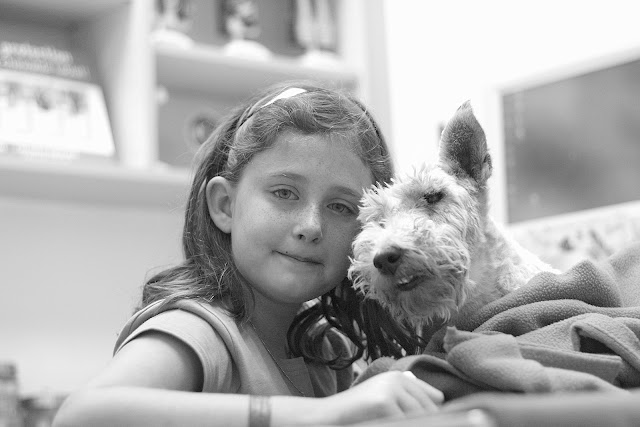 When the vet talked to us at 6:30, she said Alli had not moved on her own for hours, barely even lifting her head when someone walked in the room. 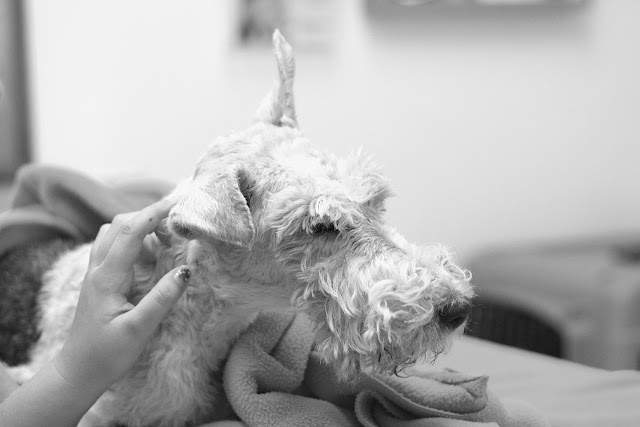 For the entire hour we were with her, she kept her head held high and seemed to enjoy the petting and attention we gave her. 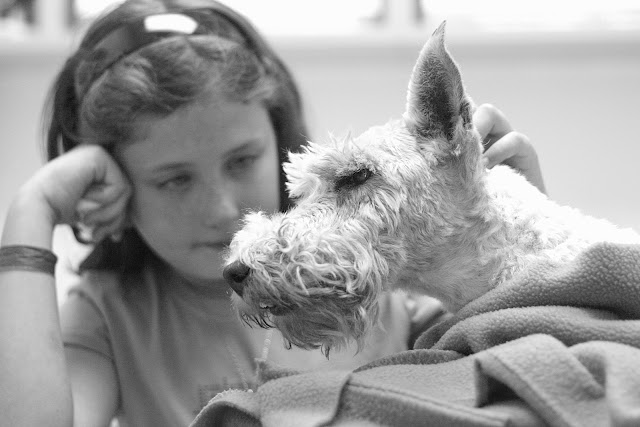 This new activity gave Jaina a renewed sense of hope, which honestly made it harder for her to accept that we had to put her down. Even though Alli put on a brave face the last hour of her life, lab work showed that she was just not going to get better.

Today has been hard. Shaggy, our other dog, does not know quite what to do. Brian tried to encourage Shaggy to stay on the couch with him to watch TV, but that's just not Shaggy's personality. It was Alli's. When Jaina went to feed the dogs tonight, there was only one cup of food needed in the bowls.

She's sleeping with Alli's collar in bed with her right now. I know its going to take some time.

Jayce is processing this completely different than Jaina. I have to be honest and say that I've never been as embarrassed about his autism as I was yesterday at the Vet's office. He was being SO inappropriate. He berated Jaina for crying. He said he wasn't going to miss Alli at all and he'd only cry if she got her leg chopped off. He was completely fascinated by the medicine they would use to put her to sleep. He kept asking when her heart would stop and when would she be dead? When the time came, he was way too excited about watching. The worst part? We thought he wanted to pet her one last time, but all he wanted to do was to lift her head up and watch it flop back on the exam table, lifeless. I think he managed to do that 3 times before Brian and I dragged him from the room.

Sigh. Luckily Brian and I had taken separate cars and he took Jayce home with him so Jaina could cry in peace in my van.

This morning, Jayce kept reminding Jaina that Alli was dead now. I've already emailed his therapists about creating a social understanding story about a pet's death. He has been working in an Emotions workbook for a year now. He does great with it.... at our kitchen table. Generalizing into every day life? Not so much.

Anyway, thanks to everyone who has been so wonderful and supportive both here on my blog and on my FB account. Your kind words mean so much.

In the mean time, Jaina and I are making a photo book of our favorite photos of Alli. If I can share the link when we are done, I will do so.
Email Post
Labels: Alli autism