Our weather has been crazy lately. Snow one minute, 70 degrees the next. My kids never know how to dress in the mornings. Jeans with a light jacket? Hats, scarves, and gloves? T-shirt and capri's? (well, Jayce doesn't prefer capris on any day. But he does love to wear crocs without socks on nice days!)

Anytime the weather warms up into the 60's or higher, we head outdoors. Got to soak up the sun before Summer arrives and its too hot to go outside for 3 months.

Our backyard is fun with swings and a trampoline, but sometimes we change things up and play in the driveway instead. I have to say... for a two year old, Jocelyn does really well at staying close to the house. She has tried to go into our neighbor's yard a few times, thinking its hilarious to run from me, but she doesn't run in the direction of the road. Knock on wood! Jayce was a bolter and gave me quite a few heart attacks at that age.

We often color with chalk out in the drive way. 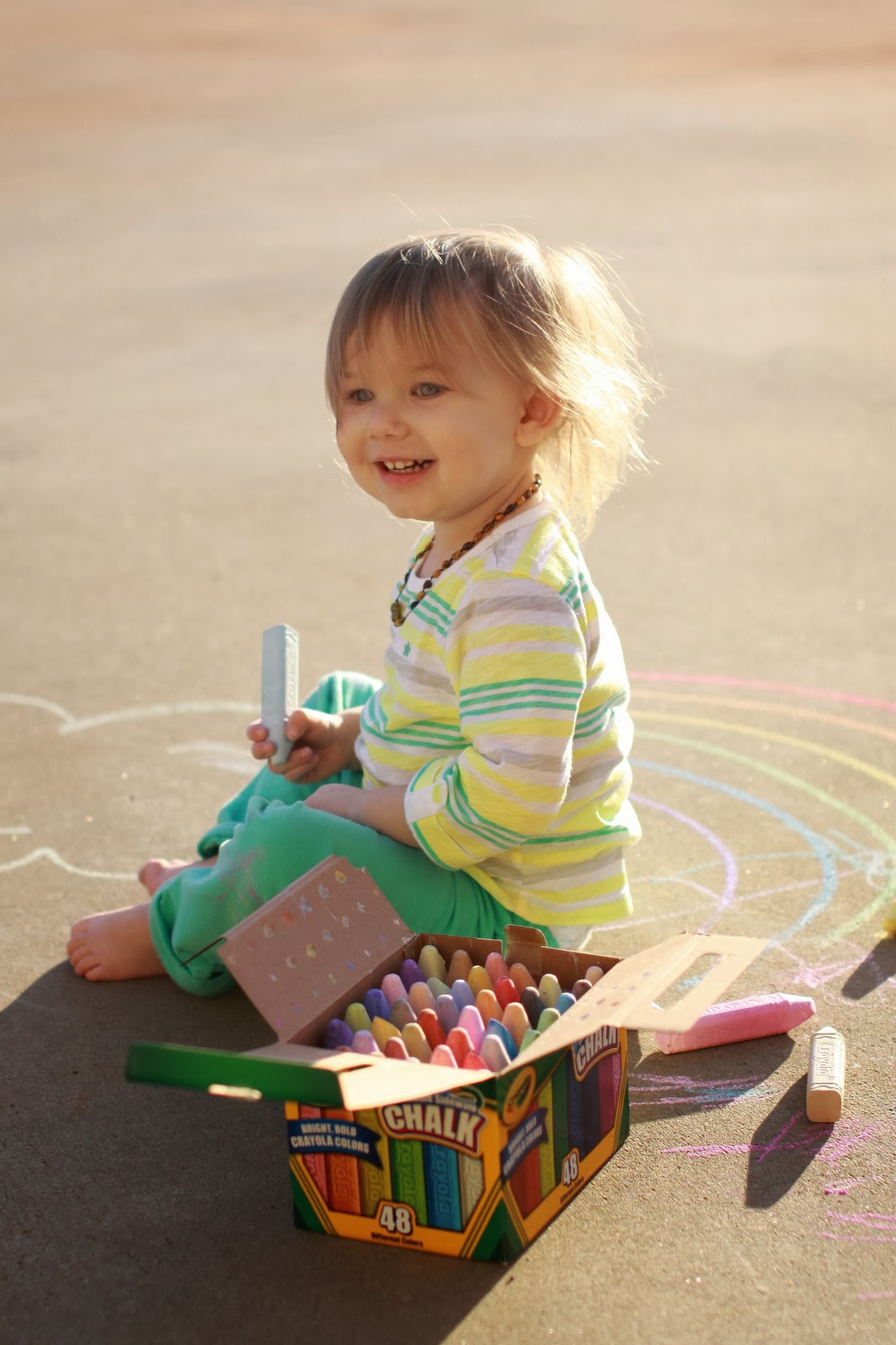 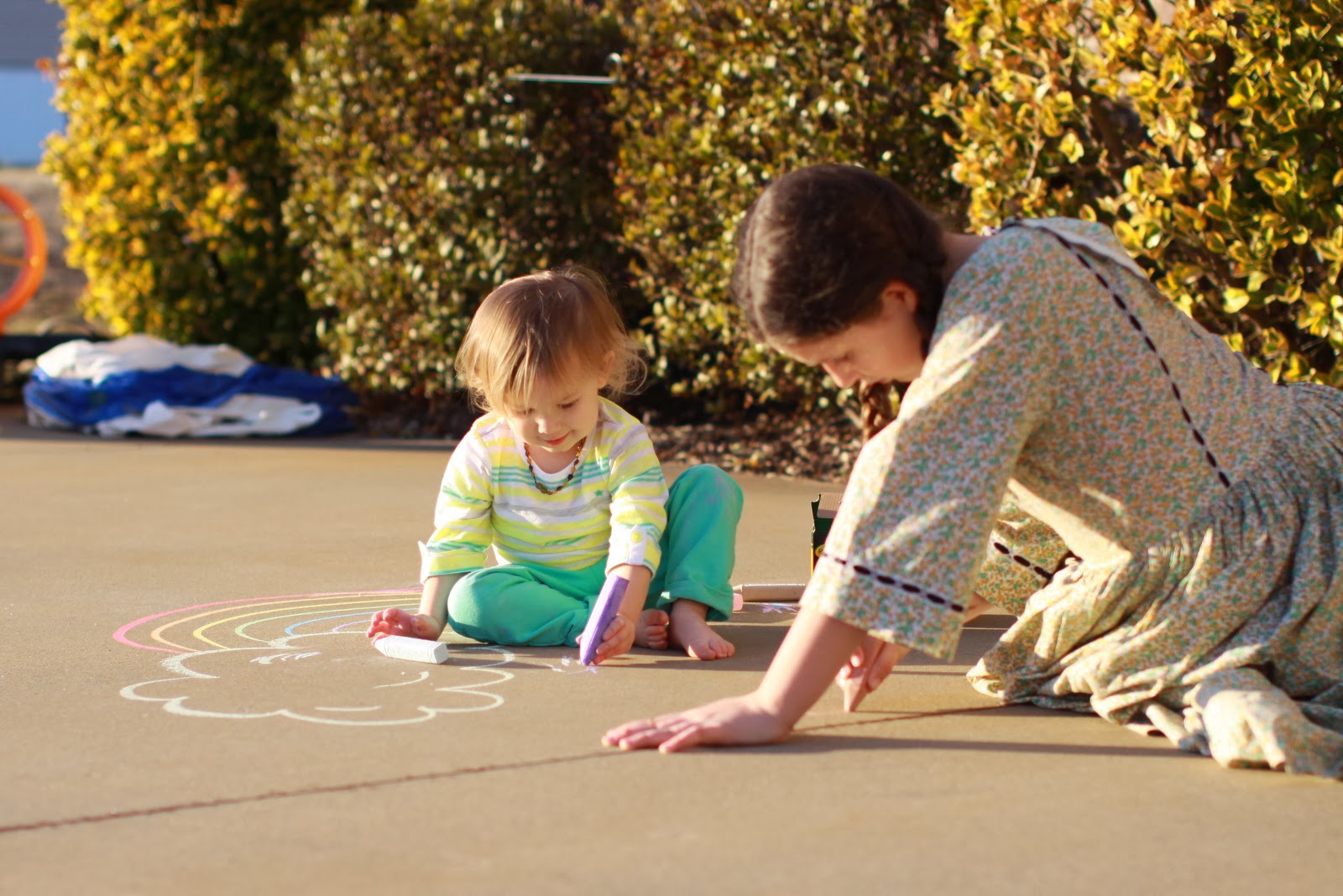 My artistic representation of Blue: 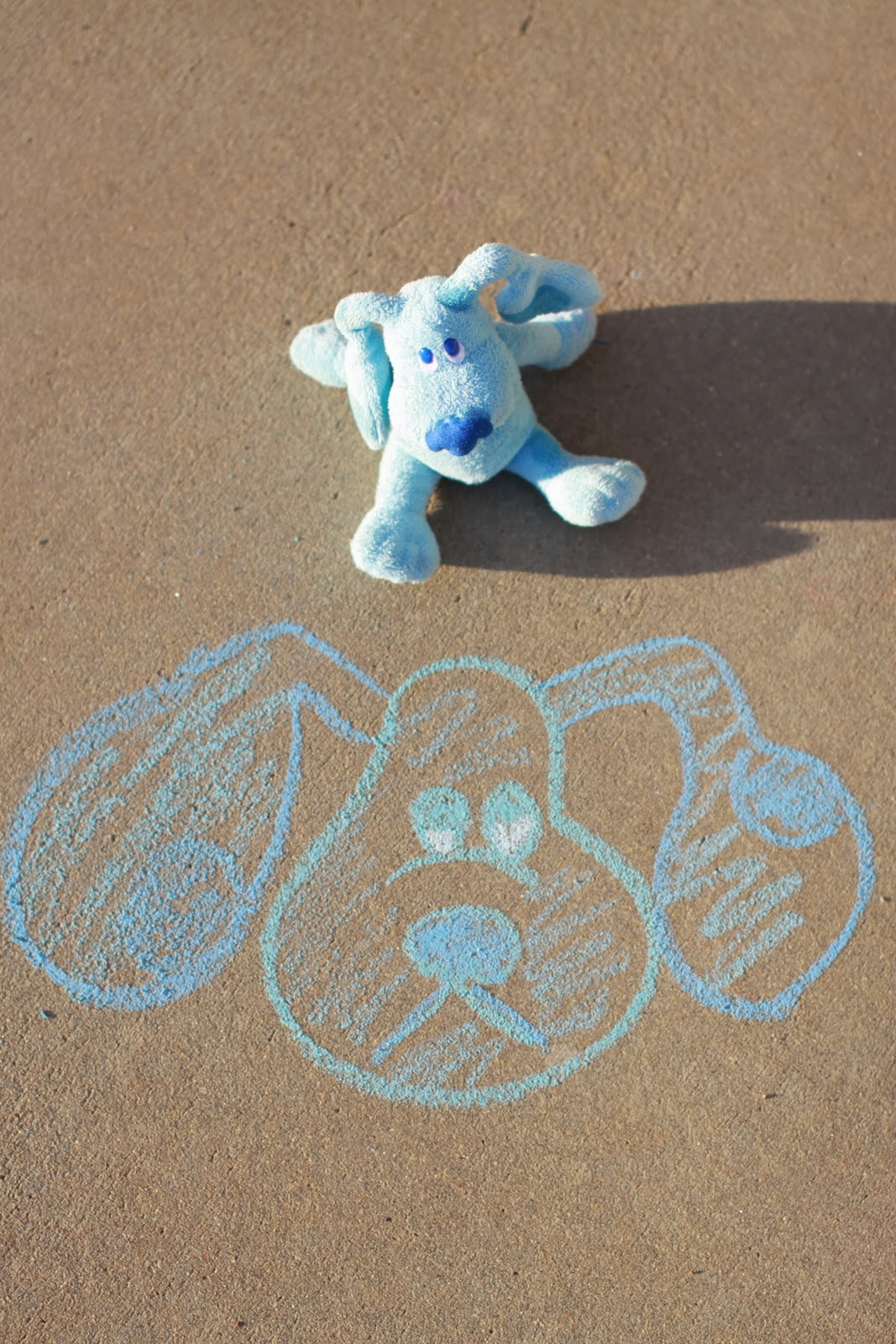 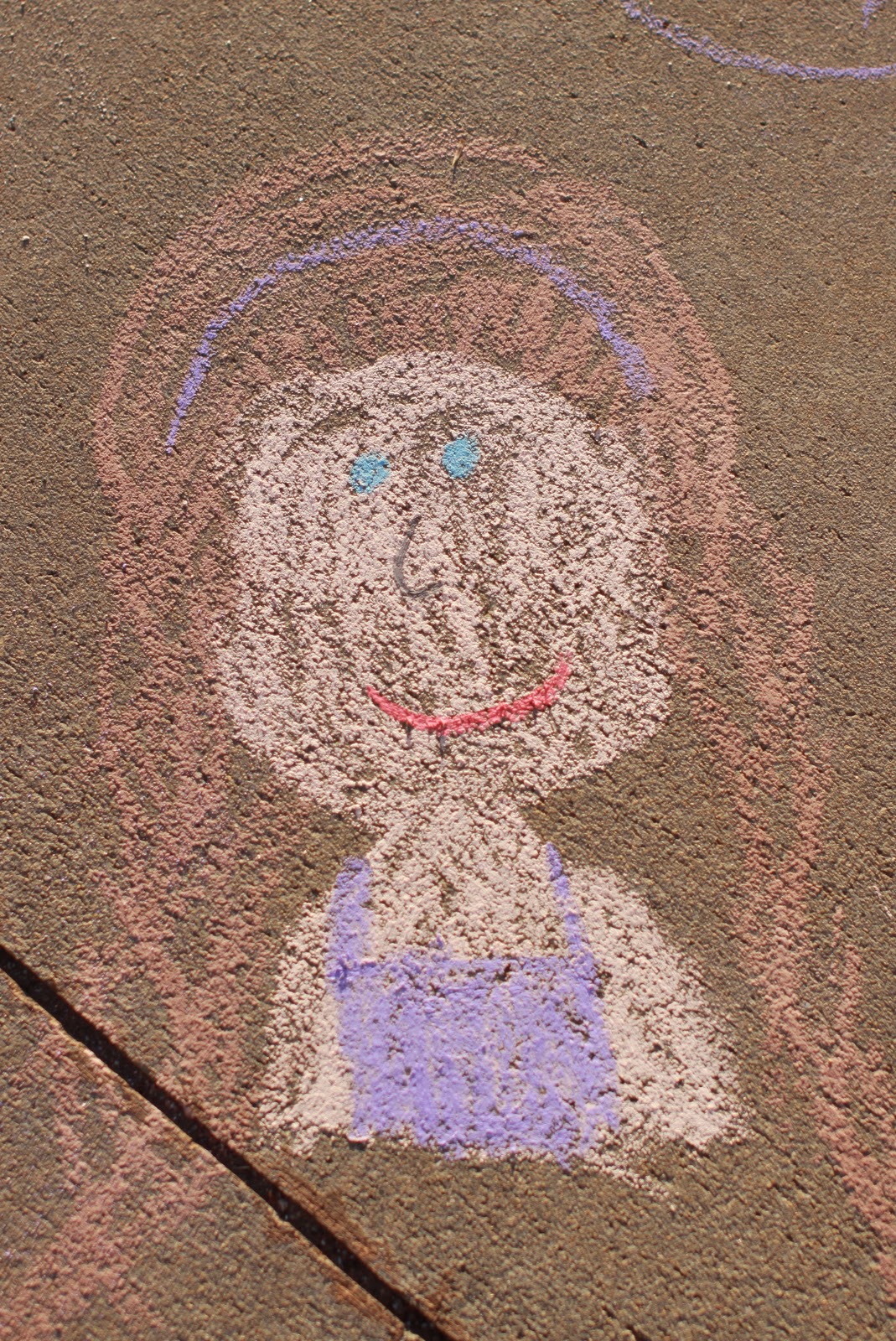 Jocelyn had to put some finishing touches on Jaina's portrait of her. 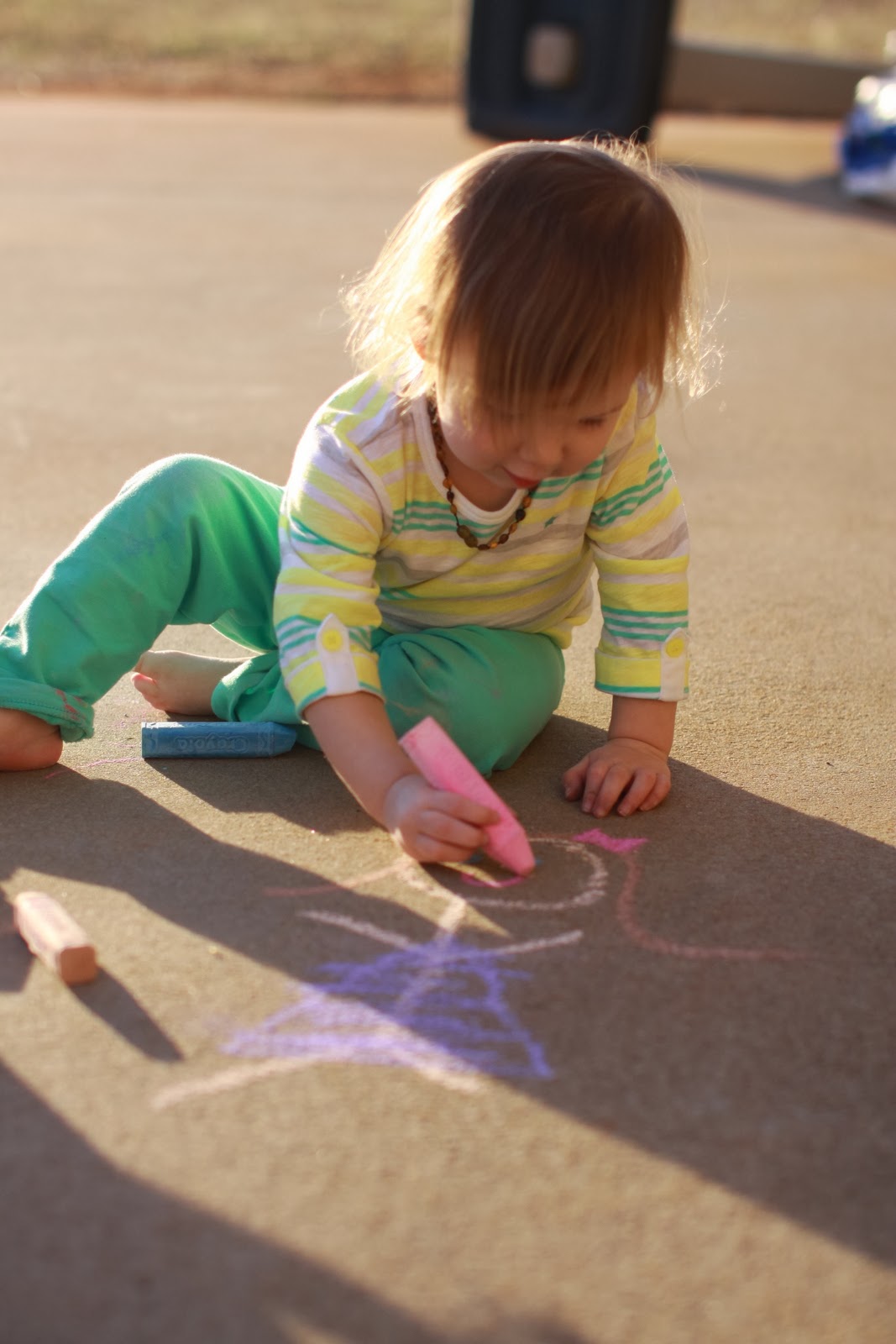 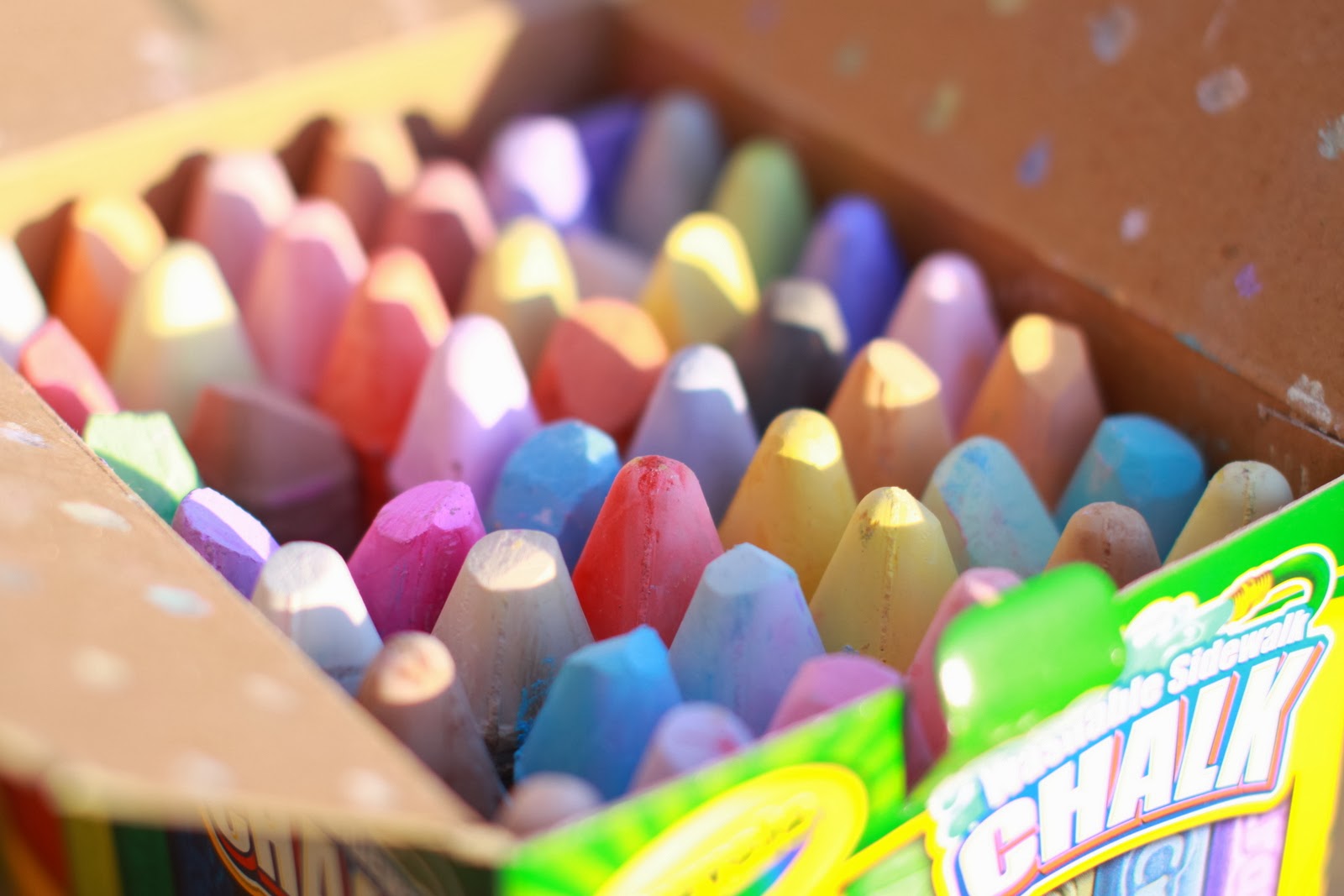 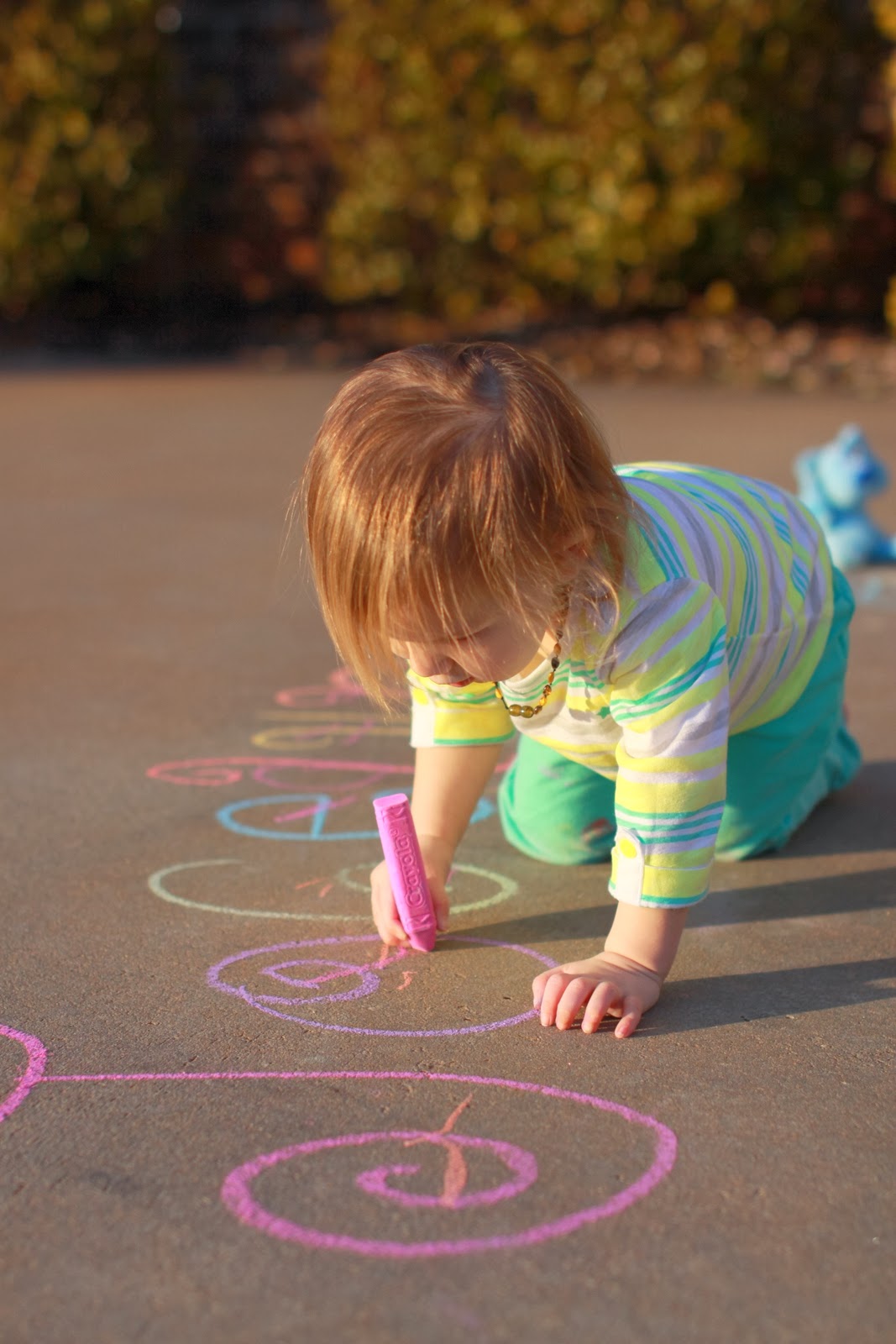 Hopscotch with a two year old who can't jump is quite hilarious to watch. She tried, bless her heart. 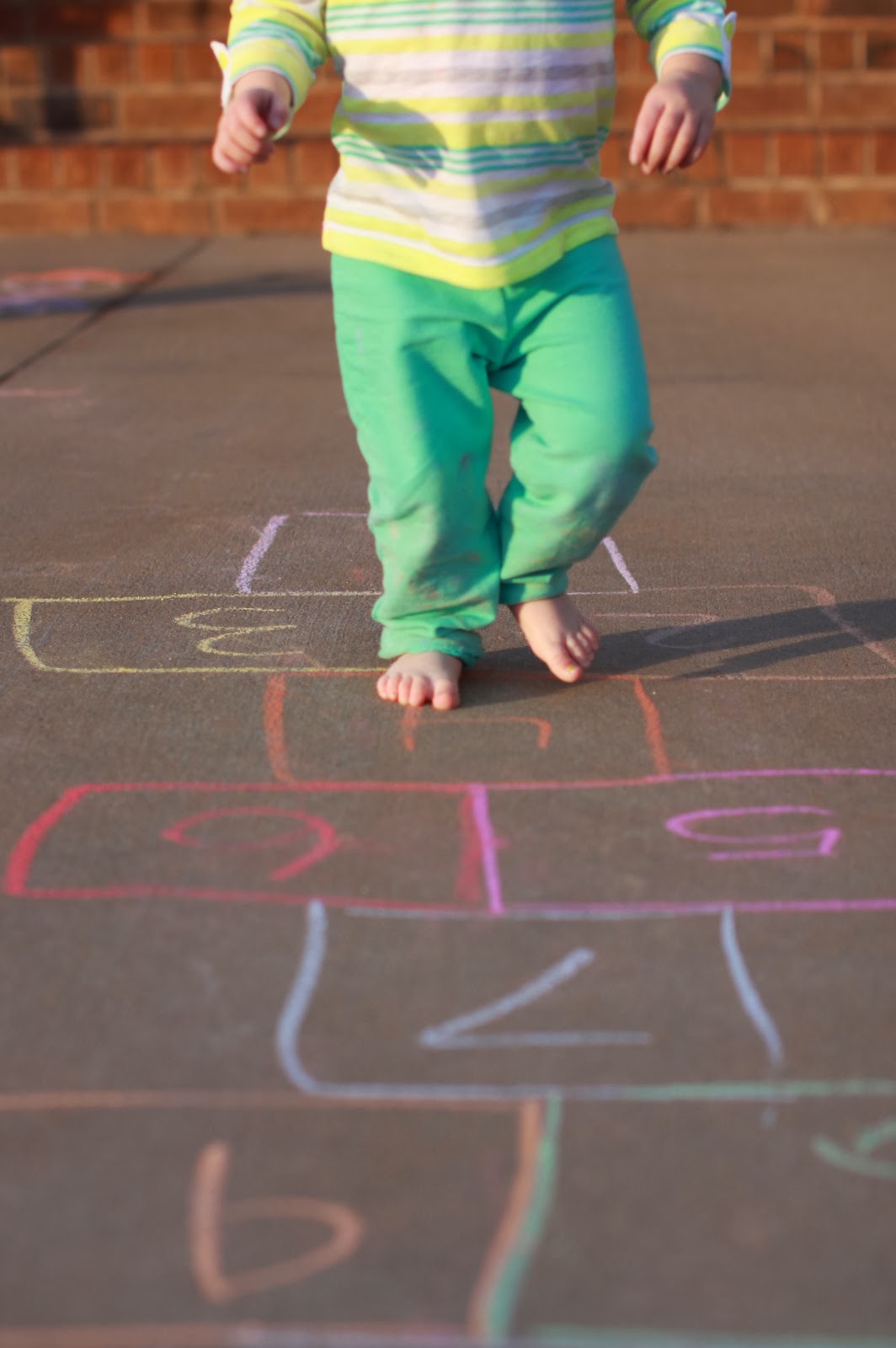 The chalk was abandoned for her chance to be Jayce's ball retriever. When he was batting, I made her sit on the porch steps next to me so she wouldn't get hit. As soon as the ball landed, she jumped up to go get it from the side yard. 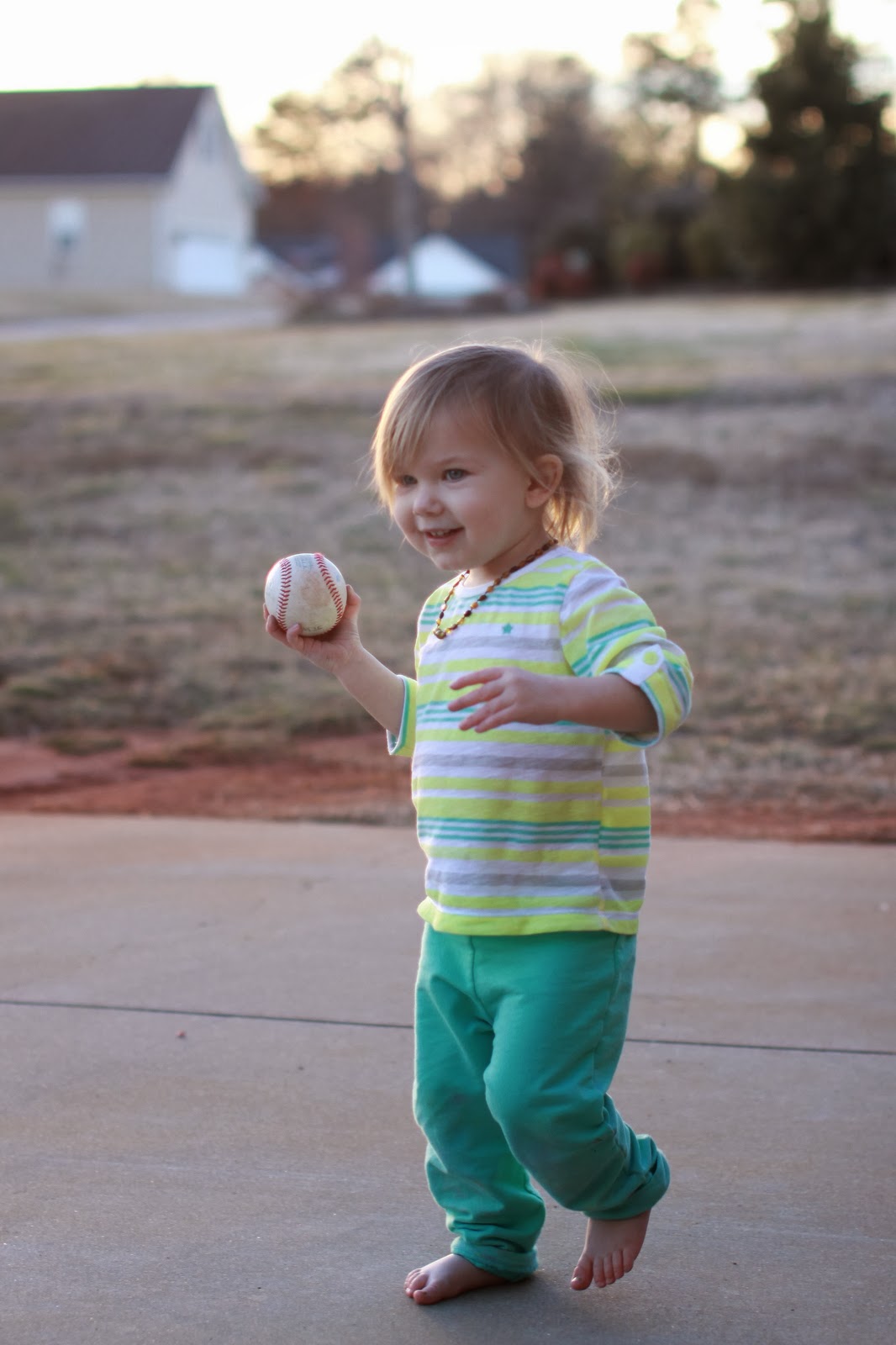 Jayce is playing KId Pitch 10U baseball this season and is super excited! (and a little nervous about being hit by the ball, to tell the truth). I can't wait to get some great game day pictures! 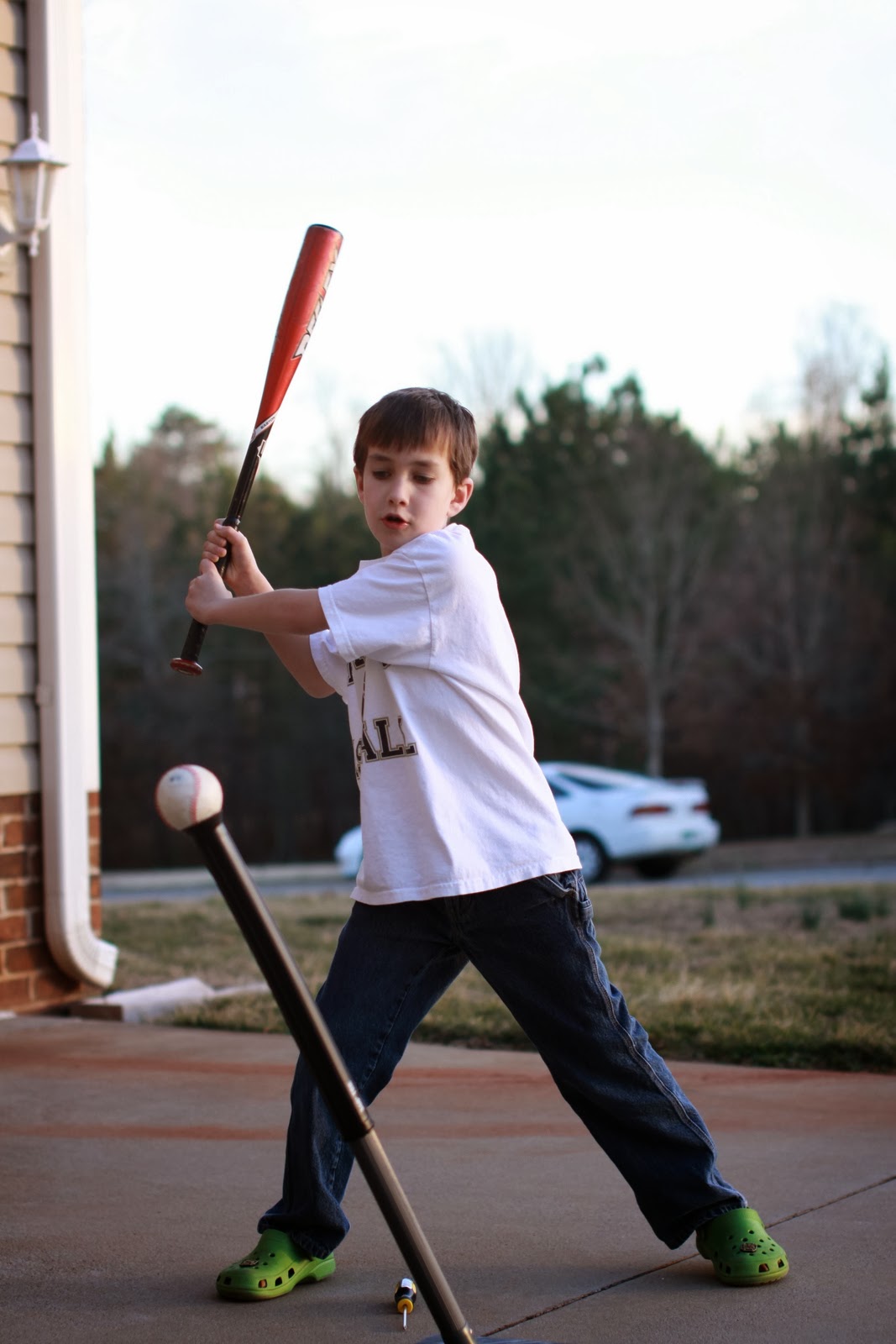 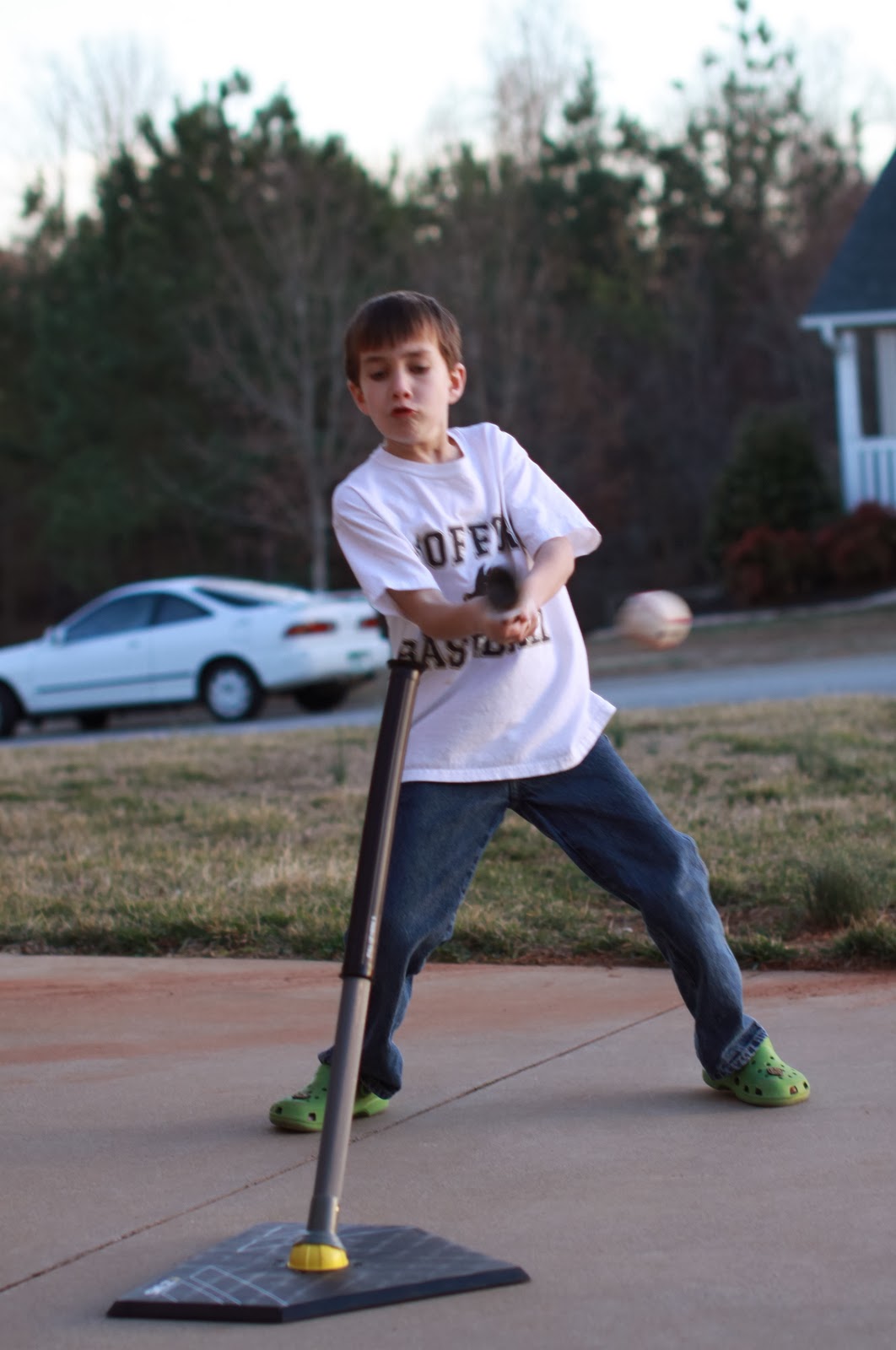 Spring may not be officially here, but we're gearing up for it anyway.
Email Post