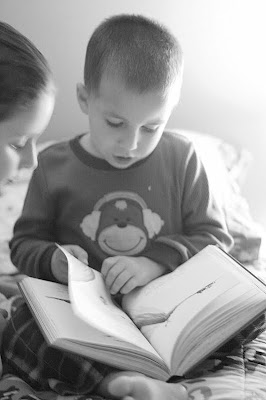 This may not be the best time in the world to write this post. Yet, I'm going to sit down and write all this out, hoping that it proves to be good and therapeutic for me. And if I wait until I am in a good place, then my followers would be waiting another week or so for a new post!

So, I have some good news to share with everyone, friends and family alike. (If you are my friend on Facebook, chances are you've already heard the good news!)

And I've been anxiously awaiting to share the good news and give it a full blog post as it deserves, but something... or, more accurately, someone has been keeping me from enjoying this good news these past three days.

My son has autism. Yet, this is not an autism blog. This is a blog about our daily lives, both good and bad, but I choose to stay positive for the most part and only share the fun stuff we do. I choose to celebrate Jayce's successes in school and therapy instead of harping on the things we struggle with on a daily basis.

Yet, we struggle. We are struggling very badly this week. I would list all the things we are struggling with together but it would be too long and wouldn't make me feel any better to see it all typed out.

That's the bad news. The bad news is that I'm letting autism get me down this week. Sometimes I just can't help it. And I keep telling myself that its okay to feel down about something. It doesn't mean I'm a bad mom or that things aren't going to get better. Or that I never see the positive in how my son's brain works. Or that I know things wouldn't be rough sometimes even if he didn't have autism. All in all, I think I keep things pretty well in perspective.

And here's where the good news comes in.

After waiting on a long list for the past 18 months, starting out at number 364 on his 3rd birthday, Jayce was finally awarded a coveted spot in our state's PDD Waiver program.

Yep. That's it. That's the news. Not too exciting, eh?

Not if you don't know how much this means. My friend Mary Elizabeth called me to say congratulations that day. "Its like winning the lottery, isn't it?"

That totally sums it up! Its what I've been waiting for since one night in September of 2007. After calling BabyNet (our state's early intervention program), we were told that our son had many "red flags" for an Autism Spectrum Disorder. I immediately put in a call to one of my former professors from college. I had worked closely with this man throughout my 4 years as a psychology major and hold his opinion in the highest regard. Coincidently, I even studied under his tutelage when taking a class entitled, "Early Intervention in Autism" back in 1999, never dreaming that one day I would have a child with autism. My professor had the unique privilege of being able to take a semester long sabbatical out at UCLA to study with the famed autism specialist, Dr. Ivar Lovaas. While he was there, he learned the way to execute Applied Behavioral Analysis (ABA) with children diagnosed with autism.

We invited my professor out to our house for dinner as soon as we suspected that Jayce may have autism. He was very quick to point out that he was NOT a developmental pediatrician or a diagnostician capable of making an autism diagnosis, yet he very seriously recommended that Jayce be put on an ABA team as soon as possible. He even ran a few trials with Jayce that night, showing us how correct speech behavior could be obtained using a system of rewards. Jayce took to the imitation trials very fast and seemed entranced with my professor.

The next day I called a local Special Needs academy to find out if I could enroll Jayce into one of their ABA programs. "Sure!" was the answer from the receptionist. "But do keep in mind that most insurances in South Carolina will not pay for ABA therapy, nor does BabyNet, nor does Medicaid."

Okay, let's get this straight. Research has shown time and time again, through numerous trials, that the best possible outcome is achieved through intervention that is early in the child's development and often, more than 20 hours a week of one-on-one intensive therapy.

And they are telling me that no one covers it?

So I price it. Just 10 hours a week. 10 hours. 40 hours a month. And it would cost more than our entire house mortgage payment.

Oh, now I get it. This is what I've heard on the news the past few years. The outrageous cost of therapy, parents taking second mortgages out, using their children's college funds, or racking up serious debt to get their kids the help they need. And now that I've been in the "autism world" for a few years now, I've met these parents who will go to any length to make sure their child has the best possible chance at an independent future.

We made a hard decision, but one that I stand by to this day. We chose to put Jayce on a waiting list that would allow the state to fund his ABA therapy one day. It was very risky. Only 250 children were allowed to have the Waiver each year. You were not allowed to put your child on the waiting list until the day of their 3rd birthday. Each child could then keep the waiver for a total of 3 years. The waiver continues to face budget cuts and set backs, just like all government funding. We were told we would be lucky if Jayce's number came up before his 5th birthday.

I had talked with his Service Coordinator just last week. His number was around 30 by this point. We had slowly watched his number creep up over the last 18 months. It went from 364 to 269 to 221 to 164 to 72 to 30 each time I called to check up on it. I was feeling very hopeful that our number 30 would mean a spot would become available by Christmas or the New Year.

I was totally not expecting the phone call from her that I received on Monday! I could hardly believe it! And she was at my house the next day with the mountain of paperwork for me to sign.

The next step is to pick our ABA service provider. I have two friends whose sons are currently receiving ABA from a very reputable place, the same academy that I had called 2 years before. To be fair, I also put in a call to another provider that my professor had recommended. This provider has NOT returned my two messages and has been "out of the office" each time I've tried to talk to someone. The clock is ticking, since we only have three years on the waiver and it possibly could take 6 months for him to get assessed and assemble a team in place. No time to waste!

Anyway, enough rambling. I'm raring to go! I'm a little apprehensive about how much this new therapy is going to add to our already crazy schedule, but I've seen with my own eyes the more therapy Jayce receives, the faster he meets his goals in fine motor skills, gross motorskills, speech pragmatics, feeding, sensory integration, and socially.

I think we've got a great year ahead of us!

if we can only get through this week!
Email Post
Labels: ABA autism