Skirmish at the Plantation

Last Saturday, our family attended FestiFall at Walnut Grove Plantation. This was our second year and we enjoyed it even more than last year!

Our first stop was to buy something (of course!) hand made. Jaina picked a knitted gray mouse with an eye patch. She later convinced Jayce it was really his so she could beg Brian to buy her something else. 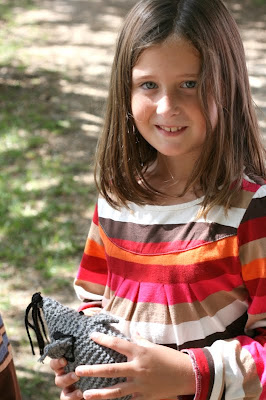 The first thing they did was to make musket cartridges, just like they would back during the Revolutionary War. The demonstrator assured us that once home, the "gun powder" and "musket ball" would magically turn into graphite shavings and a marble :) 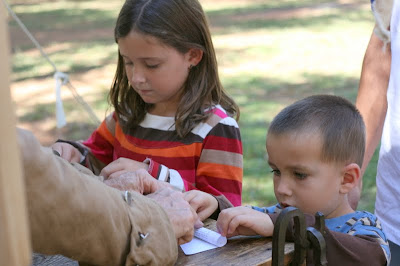 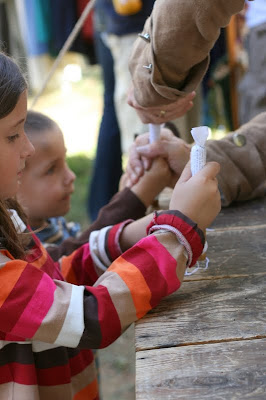 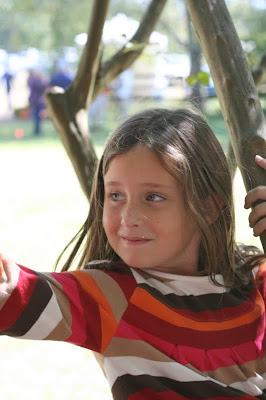 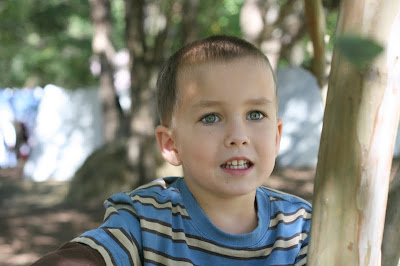 We watched a real canon being fired: 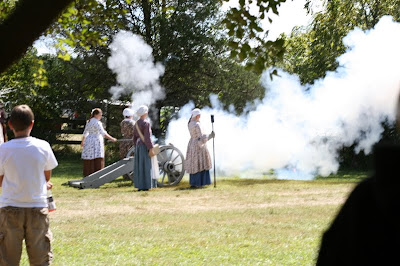 We watched a woman spin cotton into thread: 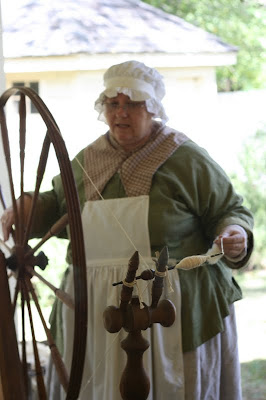 The kids got to make hand dipped candles this year! They were so excited to do this. Everyone got a string on a popsicle stick to start out with: 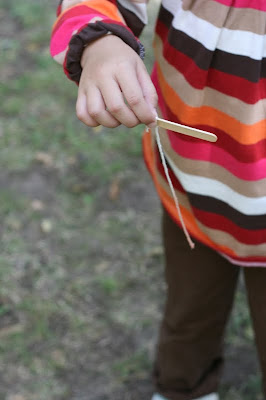 and then you wait in line to dip your string in the hot wax. 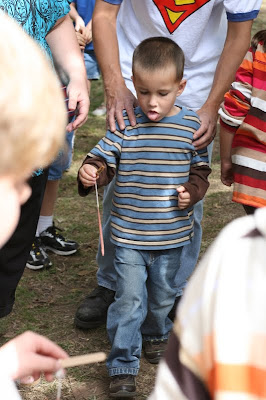 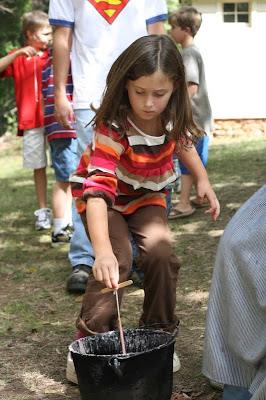 and dip some more... 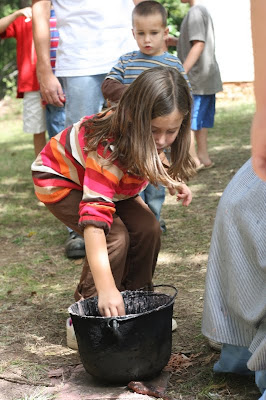 After your candle has been dipped to the desired thickness (ours were not, but the wax was getting cold!), then the woman would trim the end so it would fit in a candle stick. 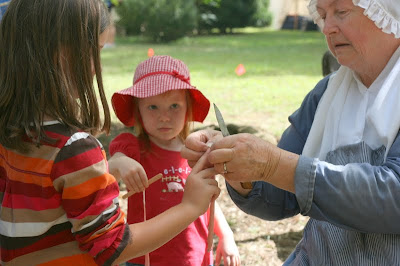 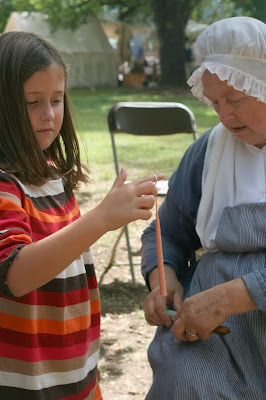 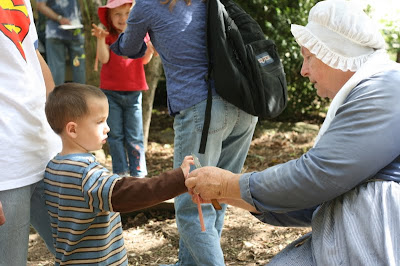 Jayce really liked seeing the goats and sheep in the barn: 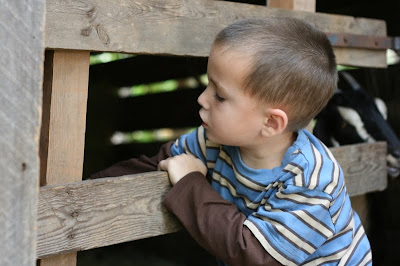 Jayce desperately wanted to feed the sheep some hay. He kept trying to jam the straw into the sheep's mouth while ordering, "Sheep! Open! Eat!".The sheep never did comply. 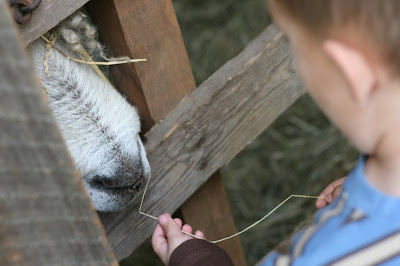 Then we walked to the family grave yard. 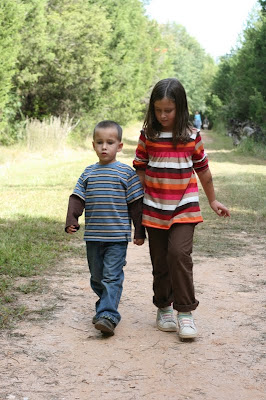 Jaina wanted to go "see lots of dead people". Jayce was disappointed when he couldn't actually see any dead people. Jaina helpfully told him they were under the ground, under stones and rocks. That prompted him to ask if we could move the rocks so we could see the dead people and LOTS of questions about why we put dead people under ground. Sigh. 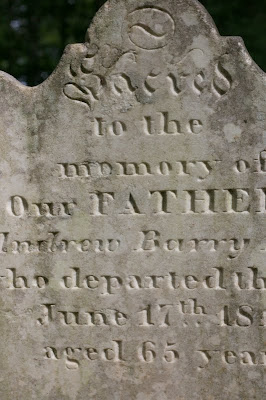 The kids stop on the nature trail to show some love. Jaina was pretending to be Jayce's mommy and he was lapping it up! 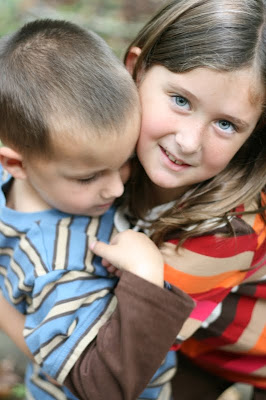 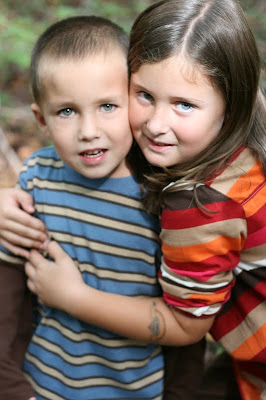 Jaina wanted to know if they really drank that yucky rain water collected in the well! 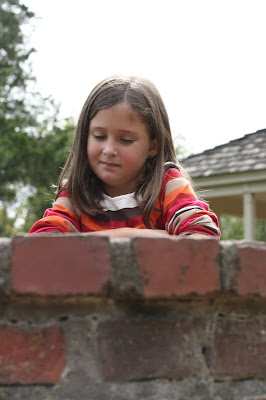 One of the reinactors would yell "fire in the hole!" before shooting off a canon or a musket. We would then tell Jayce to cover his ears: 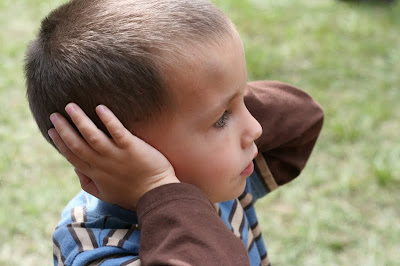 Next to the pavillion, there were bales of wheat straw decorated with fall mums and pumpkins sitting on them. What a picturesque background! Except my kids didn't really want to take pictures. I got Jaina to smile, sort of. 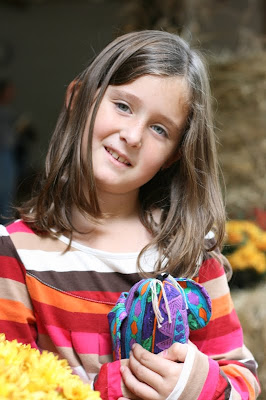 Jayce obliged me by sitting on the straw bale, but wouldn't look at the camera. 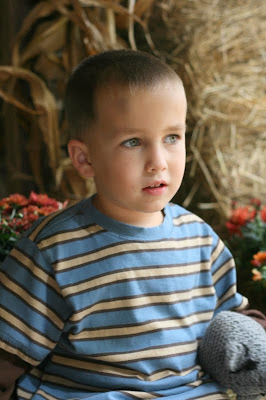 All in all, we had a great afternoon together :)
Email Post