We started off the weekend pretty low-key. Although Jaina's stomach virus was on its way out, she still felt bad. I tucked her into bed with the portable DVD player and kept her away from Jayce's friend that came over. We enjoyed left over cake together and Jayce got to open up a few presents from his friend and his Grandparents in Indiana. 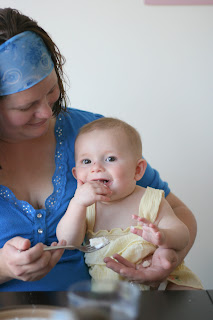 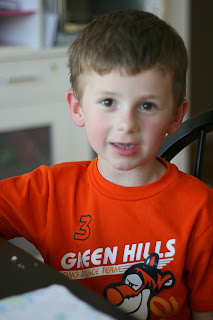 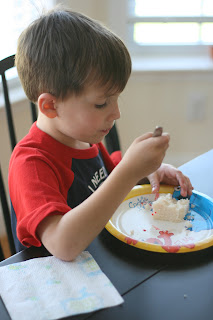 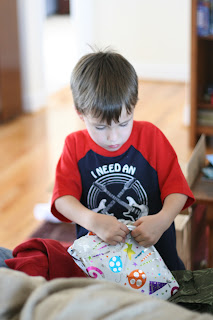 The next day, Jaina felt much better, but still not 100% herself. We helped Daddy with the outside chores and lounged around a lot.

Sunday was a different story, though! 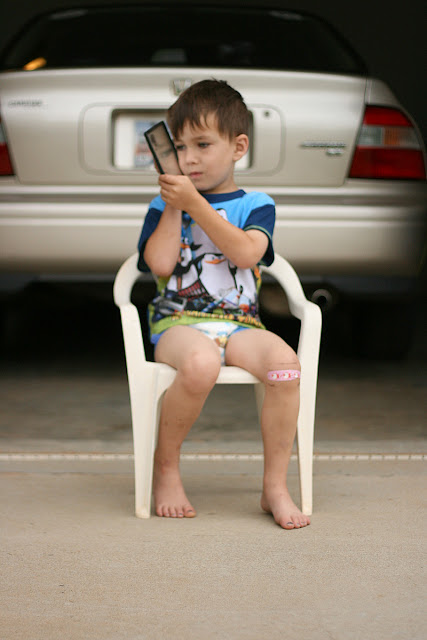 One last look at that  beautiful hair: 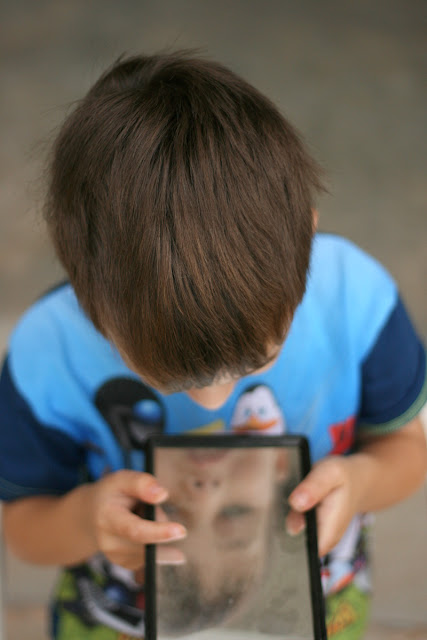 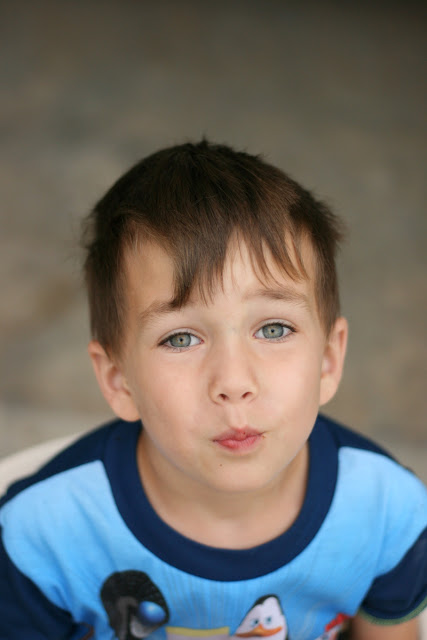 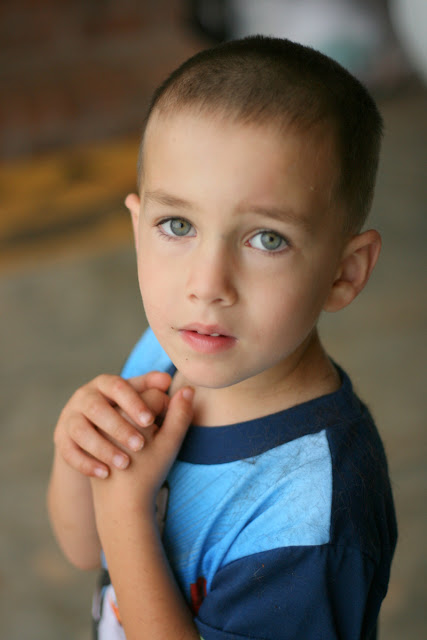 Ah, my boys with buzzed hair. Doesn't it just make his eyes pop? Same thing happens for his Daddy with short hair.

Then the kids played outside for a while. I'd say from the amount of time they've played on their swingset, we've gotten our money's worth already! 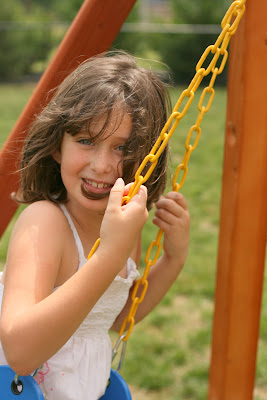 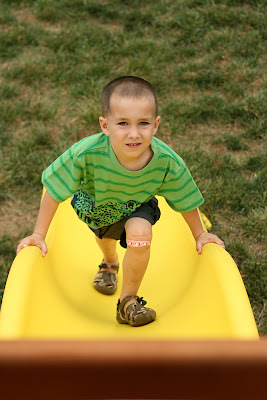 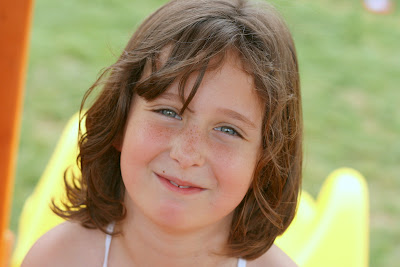 Brian was able to put on new tires for Jayce's "new to us" bike. It sure made a difference on how he does peddling! 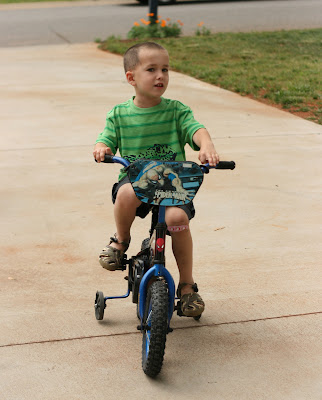 Then we were off for some Spring Fling!! More pictures to come!
Email Post