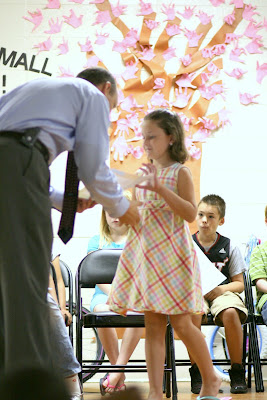 Jaina received the "Terrific Kid" award for the last nine weeks of school. This is quite an honor since only one student from each class gets picked each semester. She was nominated by her teacher for her willingness to help others and her ability to get along with anyone. ( I secretly wondered why these two characteristics don't show up at home?) 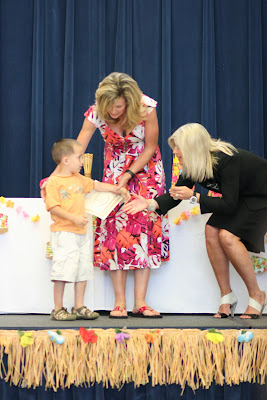 Jayce was a terrific kid in his own right :) He was awarded the "Most Effort" award from one of his therapists at school. Way to go, Jayce! He even got recognized at the district-wide dinner. 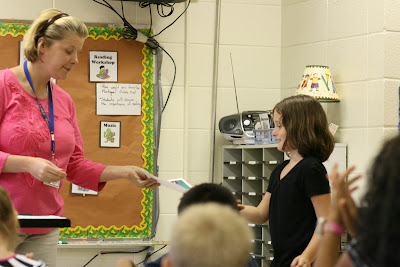 Then a few days later, Jaina received more classroom awards. Her class voted her "most creative". I think that fits! :)