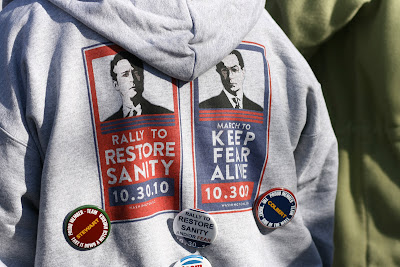 Tired, but fulfilled.  Our whirl-wind trip went by in a flash but left us with many great memories. Although we missed the majority of the actual rally and had to watch reruns on CSPAN when we returned, we both agree that it was worth it. It felt amazing to be part of something that big. And even if October 30th is not a day that goes down in the history books, it was, in fact, a day that broke the record for the most metro riders ever in a certain time period. That's pretty cool, right? :) And we can say we were a part of that!

I still haven't fully recovered from our adventure so please forgive me for being lazy. If you are reading this post from APU, it will be a boring repeat of what I've already typed there. If you are my friend on Facebook, you've already seen these pictures. Sorry for that! Try not to be too bored, okay? :)

THEN, about 2-3 miles up the highway, we came to a dead stop

Thank goodness for google maps that could show us the backed up traffic for miles. We crept along until we could get to the nearest exit and got off. Then tried to use GPS to figure out back roads to get back on I-85. We weren't back on the highway until after 11! The kids were like, "We only have 7 hours left!" Uh... nope. Try 8. We lost a complete hour with our standstill and detour. What a way to start the trip!

We arrived in Waldorf Maryland by 7:30 PM. I hadn't seen my friend Laura from College for 5 or 10 years (I can't remember if I saw her at the 5 year reunion or not), but either way, it was so fun reconnecting with her 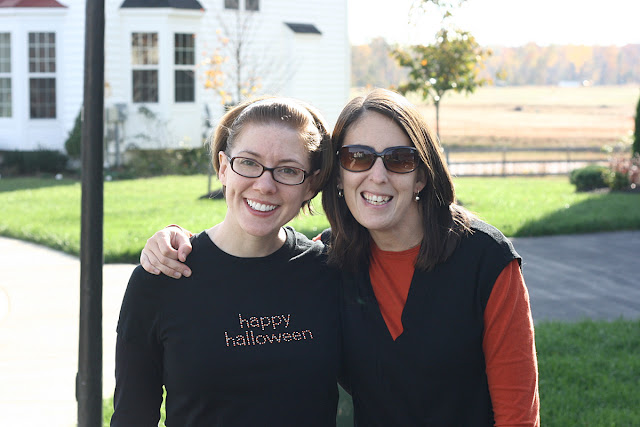 My kids had a BLAST at her house with her dogs and build-a-bear stuff. They didn't want to leave! 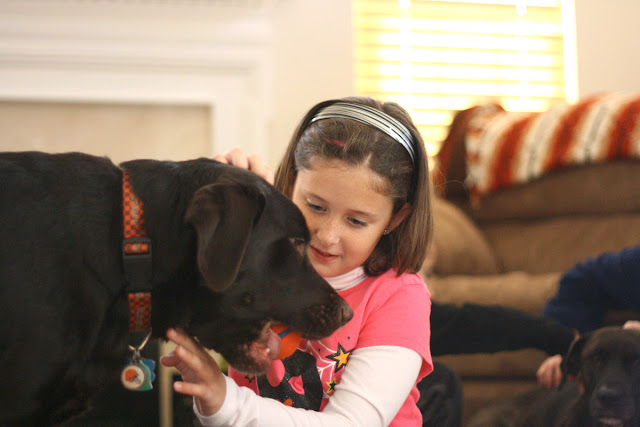 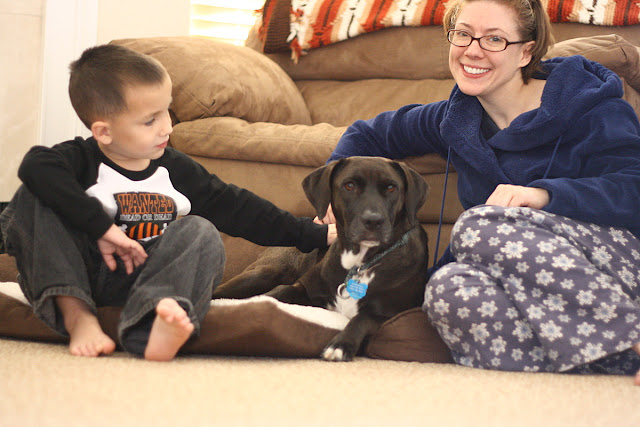 We left for the rally the next morning with directions to the Metro station that we were most likely to get a seat on since it was at the end of the line. It appears that 1,000 other people had that same idea 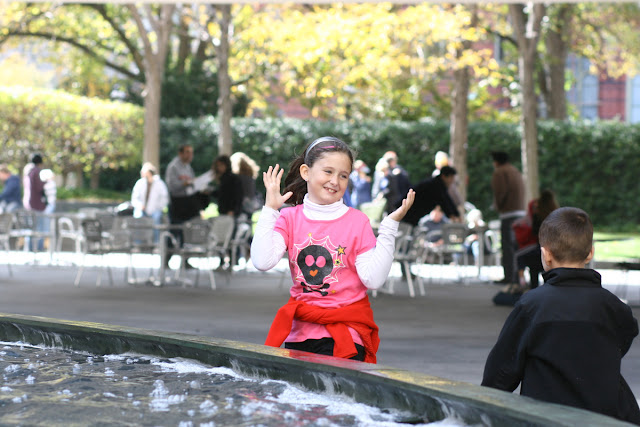 After a 40+ minute metro ride into DC, we got to the Smithsonian station. And were completely overwhelmed with the crowds. The kids did EXCELLENT by staying by us the entire time. We walked over to the Mall and realized that we would never even be able to get close enough to the stage to even hear, let alone see anything! Even at the closest we got, we could hear Jon Stewart and Stephen Colbert talking and recognized their voices, but couldn't make out a word they said! I think they were estimating about 300,000 people there. 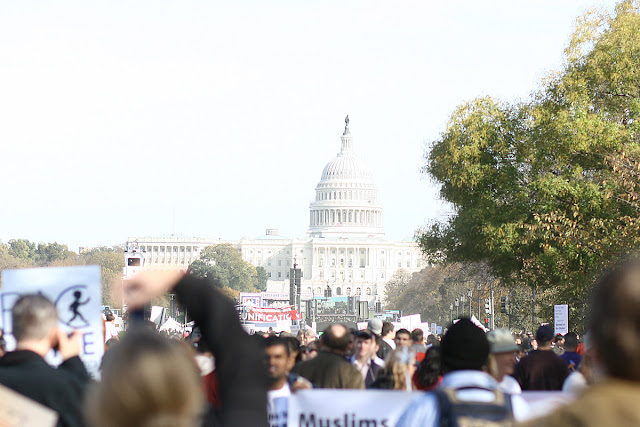 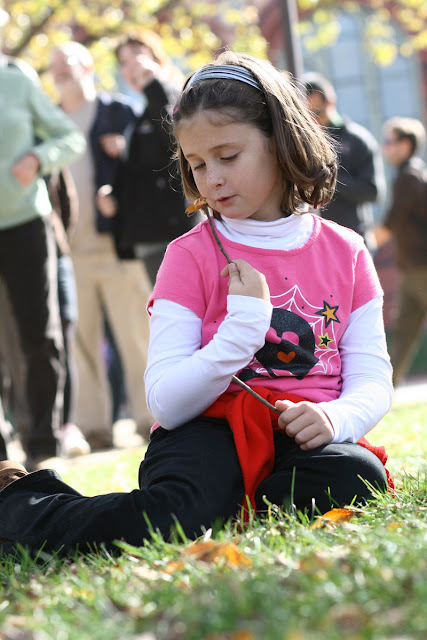 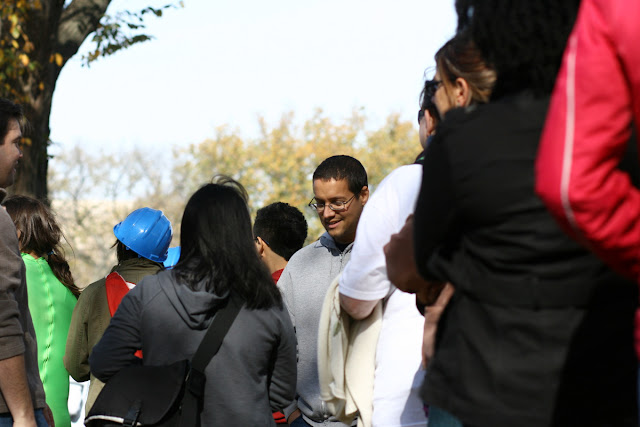 Then let the kids ride the Mall Carousel. 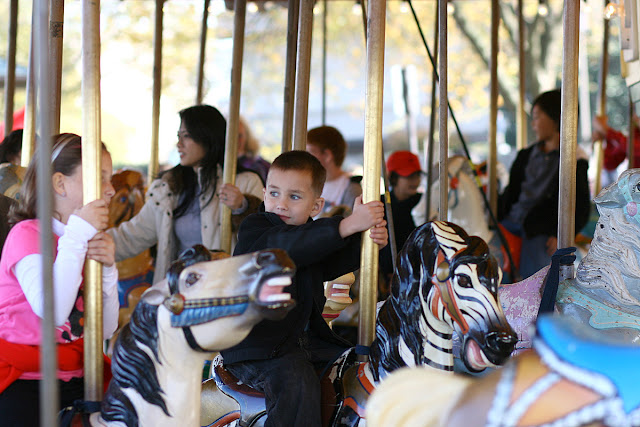 Then we walked around a bit, saw some gardens and statues and fountains. 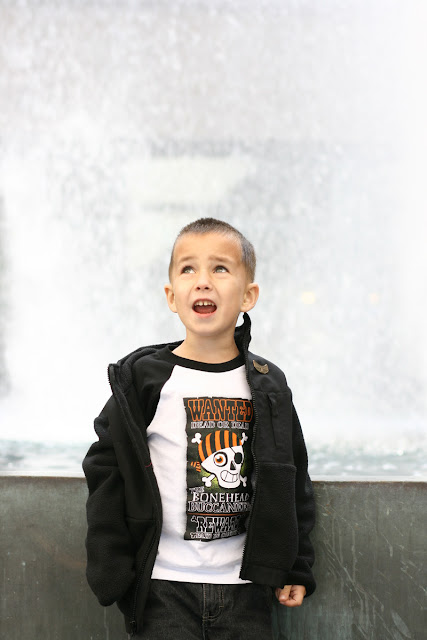 By then it was 4, so we went back to the metro after realizing that most entrances were closed! We finally walked to one that was open. We were in the car back on the hwy by 5. We made it back to S'burg by 1:30 AM

We saw many great signs at the rally. Some were political ("I think Obama is doing an okay job, but I had realistic expectations" and "Keep Fear Alive: Vote Republican!" ), some were comedic ("My Comedy Channel: Fox News. My News Channel: Comedy Central" and "If your beliefs fit on a sign, think harder!"), some made fun of Sarah Palin and Glenn Beck ("According to Glenn Beck math, there are 17 million people here" and "This sign was spelled correctly"), and some were just completely bizarre ("I like pancakes!" and "Is this the line for Justin Bieber tickets?") 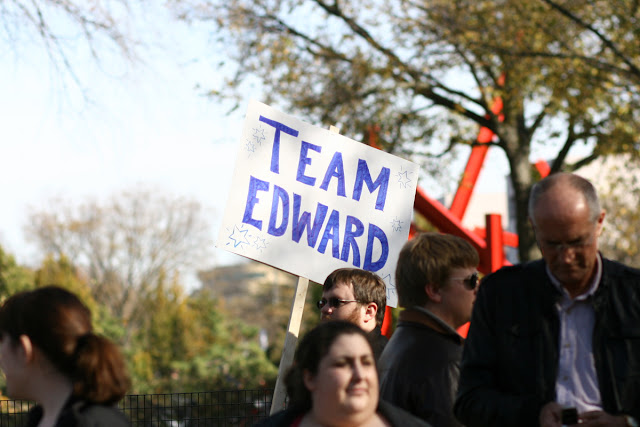 And I thought this one was cute: 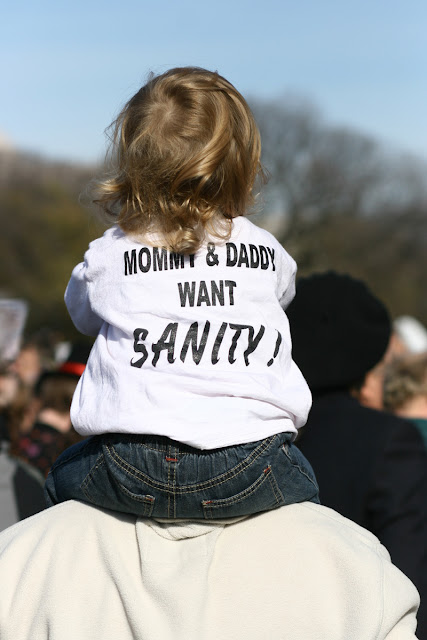 Let's just say that it was definitely an experience to remember :)