Mary Poppins, we are not.

It was the epitome of a Spring day last Sunday, despite the fact that its technically not Spring yet!

So we tried Walgreens. Not only did they indeed have kites, but they were much better looking than the $.99 character ones that we had last year! And they were $1.99 a piece, so they just HAD to be better, right?

Jaina picked a cool tie-dyed one and Jayce's kite had flames on it. They were thrilled!

We pulled into the park's lot moments later. Sitting in the car, we secured the twine onto the kites and placed the stick in for tension.

Brian had Jayce's kite, I had Jaina's. The second we stepped outside, the wind ripped Jaina's kite from our hands and threw it high in the air. Since Jaina was luckily holding on to the twine, we thought we had averted disaster. Nope. The plastic piece ripped off from her kite under all that pressure. And we hadn't even been there 5 minutes!

Brian gets his kite up to a respectable height and is just about to pass the reins over to Jayce when the twine snaps and our kite goes flying into a nearby soccer game.

We apologize for their interrupted game while a nice player runs our wayward kite over.

Brian ties the string again and puts the kite back up in the air.

And it breaks again.

Straight into the soccer game.

And then it happens again. And one more time.

I finally put my foot down and said, "Let's move to the OTHER side of the park so those soccer players don't hate us please!"

Jayce's kite twine finally stopped breaking and Brian was able to rig Jaina's kite so it would stop spinning haphazardly and actually fly. 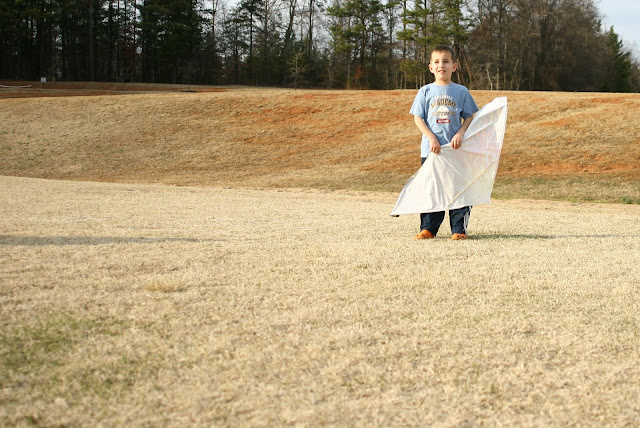 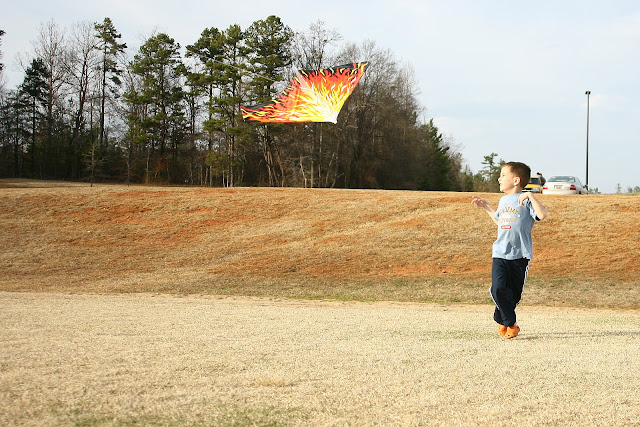 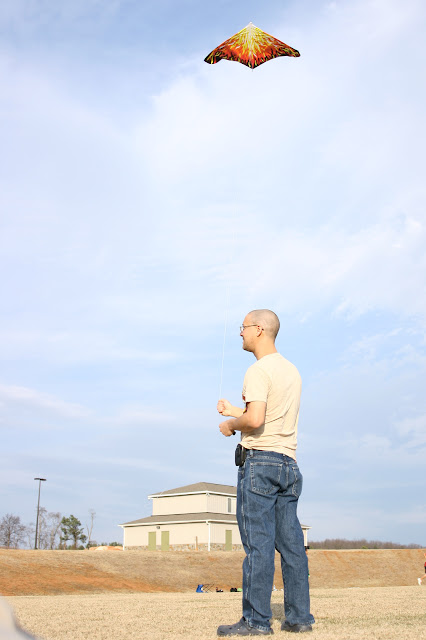 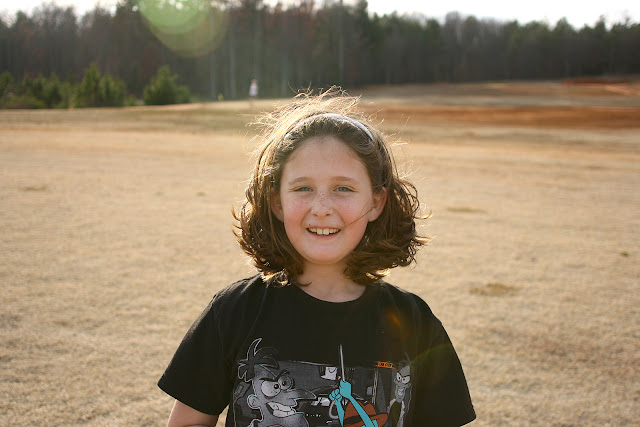 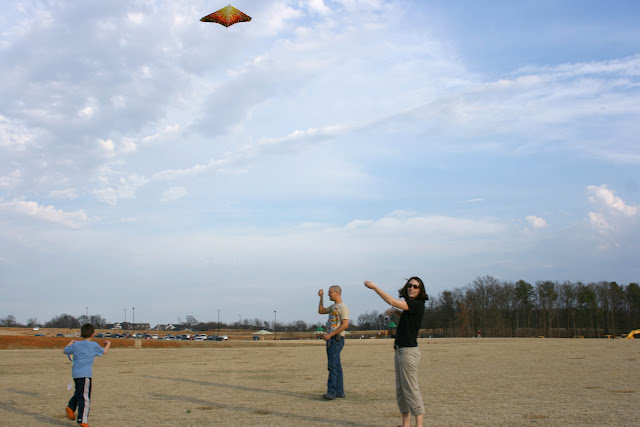 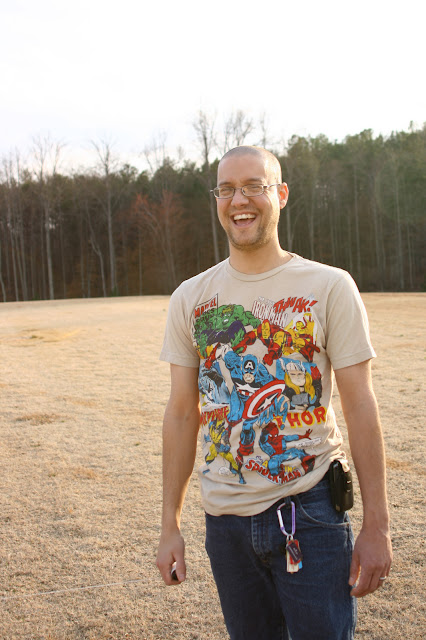 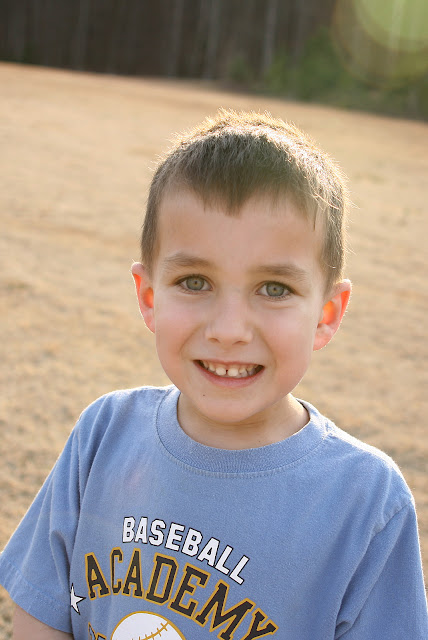 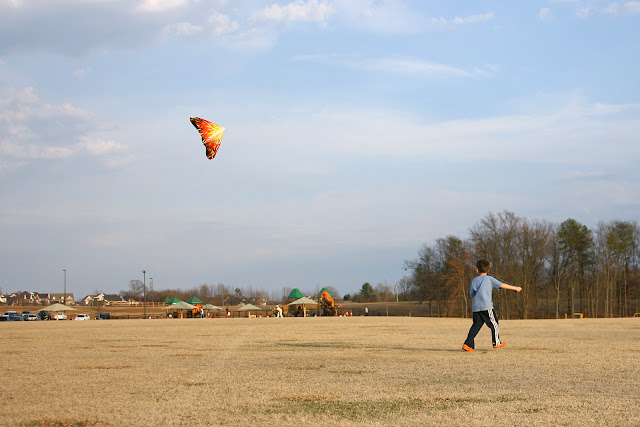 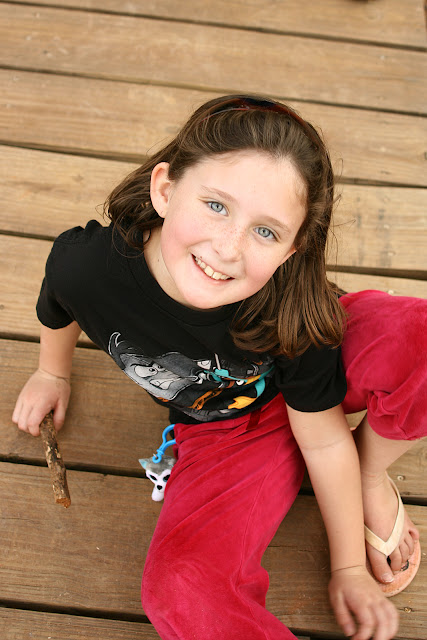 All in all, it was a pretty fun day.
But you know what?
We picked up some $.99 kites from Target the other day. Expect more pictures soon!
Email Post