Most reasonable families will hold their baby's First Birthday Party in their home. Invite just a few guests; mainly family and close friends. Bake a small homemade cake with natural baby friendly ingredients. Quiet, low-key, and calm is the way to go as not to overwhelm the little one (who won't remember it anyway).

We ended up having so many people that some guests had to sit on our stairs and on our front porch to eat cake.

The only difference with Jocelyn's party is that Brian put his foot down about NOT having it at the house.

Where on earth are we going to find a place to have a one year old's birthday party in January?

Too cold for parks, too young for pretty much anything else.

I finally had the great idea to call the Gymboree Play and Music gym in a neighboring town. Perfect!

(well, except for the fact that ages 5 and older can't play. I had some pretty bored big kids that had to occupy themselves with a game of Bingo and some crafts).

Despite the big kids not being involved, the babies, toddlers, and preschoolers had a ball! (10 little ones in all!) 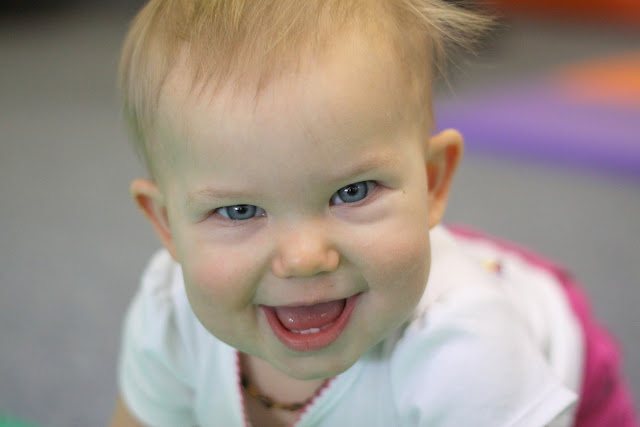 Her cake was another wonderful creation by Cakes by Dodi... 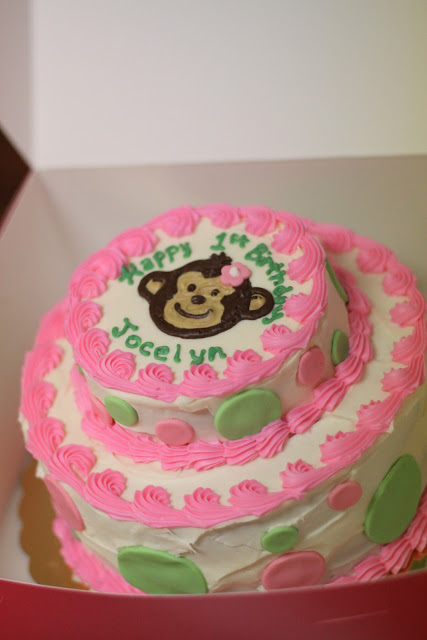 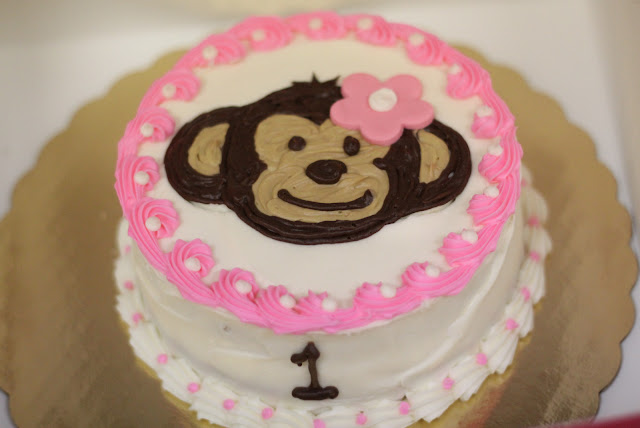 You know how much Jocelyn loves her monkey :) 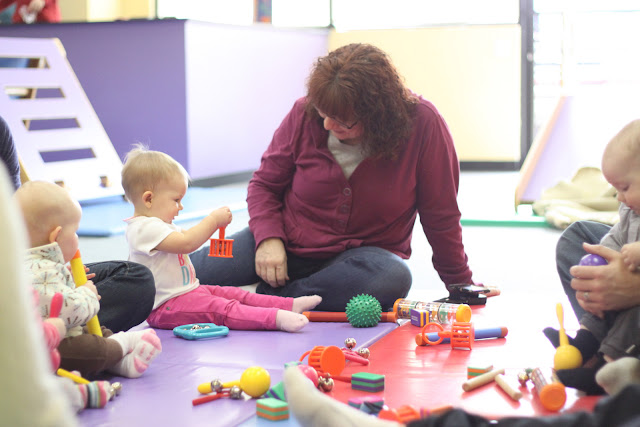 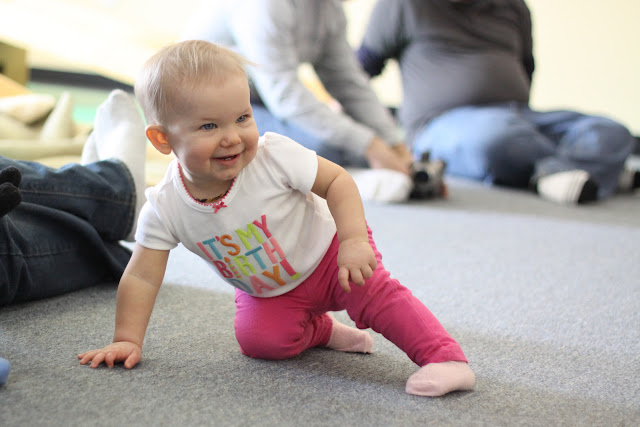 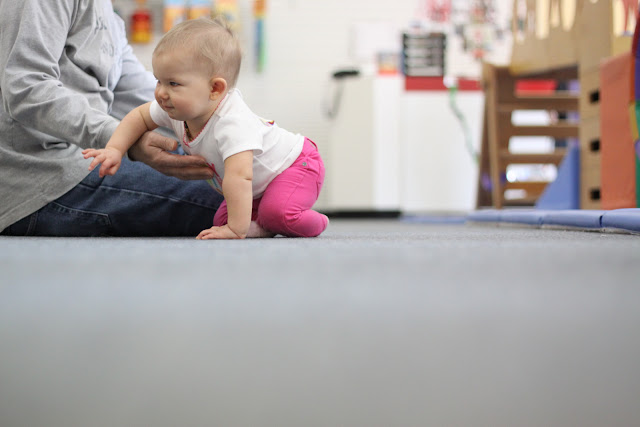 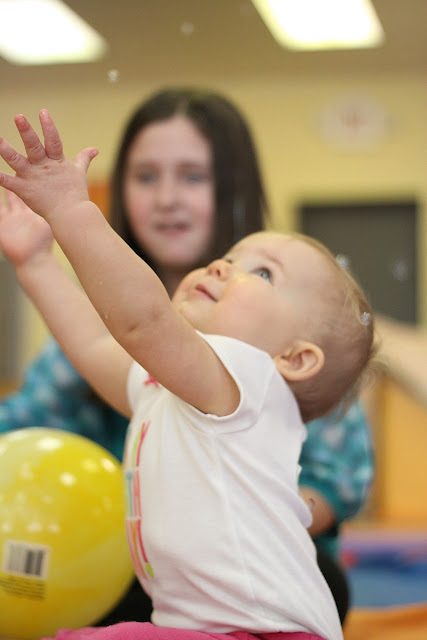 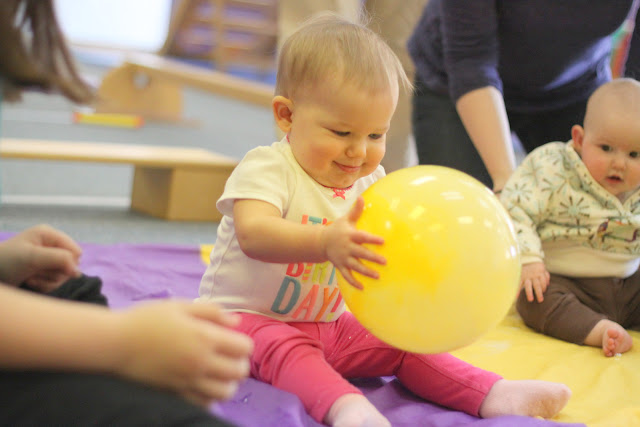 All in all, it was a great birthday!

I couldn't take pictures of her with her cake (she was hilarious and wouldn't really touch it without using a fork!) but as soon as I get some, I'll upload them in another post!
Email Post
Labels: Jocelyn birthday