More fun than you can shake a stick at

A few days after Christmas, we headed down to Atlanta to spend time with the Staska side of the family. My kids were SPOILED ROTTEN as only grandparents, aunts, and uncles know how to do.

First, my sister Jami took them to see Rise of the Guardians in the theatre.

Then we opened up presents after dinner. 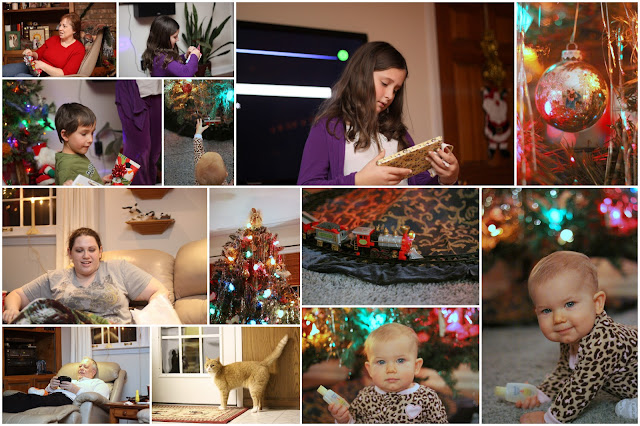 Jocelyn did not receive a travel bottle of Johnson and Johnson's baby wash for a present. Although, its apparent its all she needs.

The next day was freezing and nasty wet out. With nowhere to play outside, Kim and I took the kids to The World of Coca-Cola. Unfortunately, we waited 45 minutes outside and another 30 minutes inside just to get in. And that was with priority tickets bought ahead! Did I mention it was freezing? 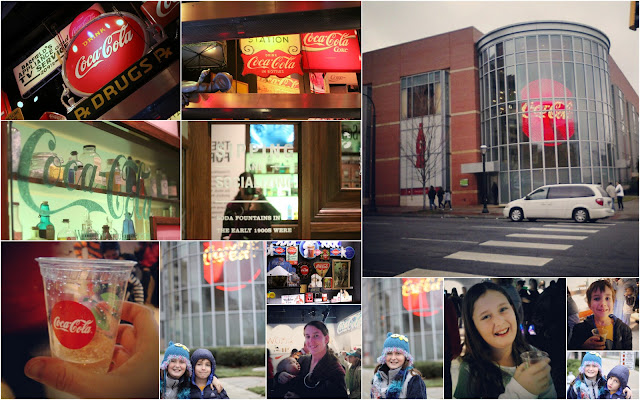 I had forgotten to bring the stroller on out trip so I ended up carrying Jocelyn (all 20 lbs!) in the Maya Wrap Ring Sling. For FOUR hours. Yes, my shoulder was quite sore after we were done!

We had planned on attending church on Sunday morning but I kinda screwed those plans up by falling down a flight of wooden stairs with Jocelyn in my arms. So, instead of church, we went to the ER. 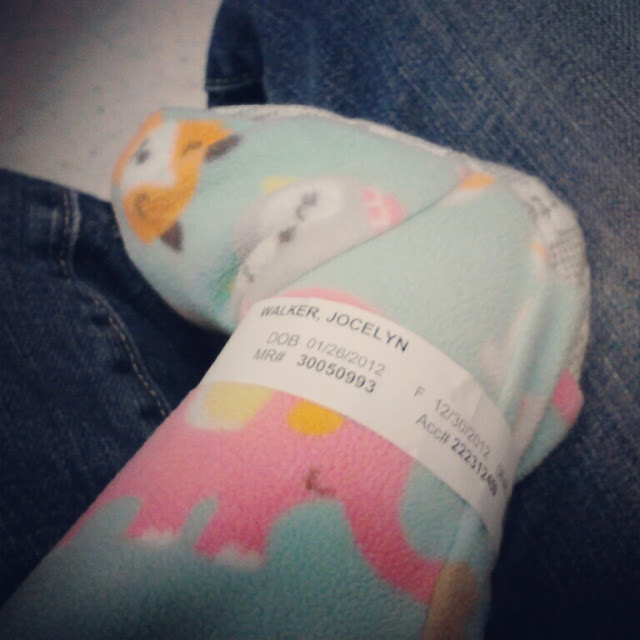 I could have sworn she had hit her head. I vividly remember the back of her head smacking one of the middle steps. I can see it and hear it as clear as day. Yet there wasn't a single mark on her. We waited about 30 minutes to see if she'd calm down and assessed her vital signs. Kim, Jami, and I felt that she needed to be seen. Her crying was scaring us since it didn't sound normal for her at all. She couldn't sit up on her own and she wasn't moving her arms or legs. She also tried to fall asleep in the car on the way to the ER despite only being awake for about 10 minutes before we fell.

The ER staff was wonderful to us. The reassured me that she was fine, but wanted to make 100% sure with a CAT scan. Jocelyn was such a trooper during the quick test. By the time the doctor had returned with the results, she was acting completely like herself again. 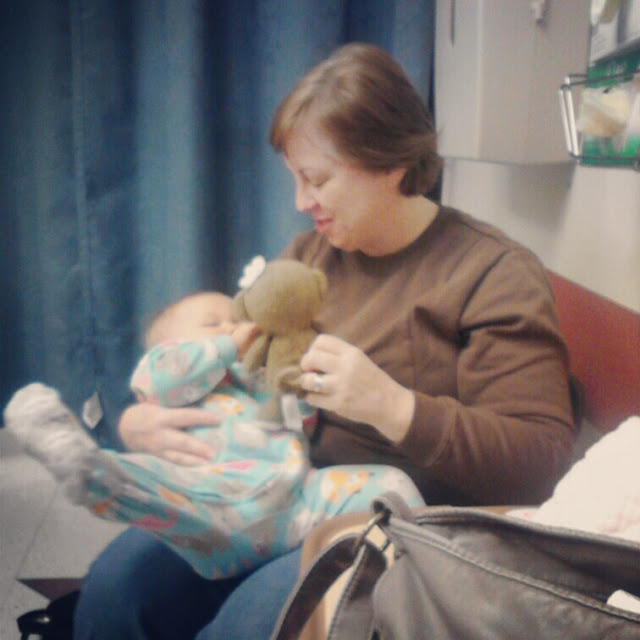 Then it was my turn for an X-ray. I couldn't move my right arm very well. The brunt of the fall was absorbed by my right elbow. Kim and Jocelyn bonded while I was away having my tests done. Everything was clear :)

After our crazy morning, we just laid around at home (icing my elbow) and let Jocelyn take a well-deserved nap.

My brother Jeff and I had already purchased tickets to LegoLand for 4 PM. I was hoping that my sister Jami or my stepmom Kim could go in my place, but the ice really helped and I felt like I could go with them. We left Jocelyn with Kim, though. She had already had enough excitement for that day! 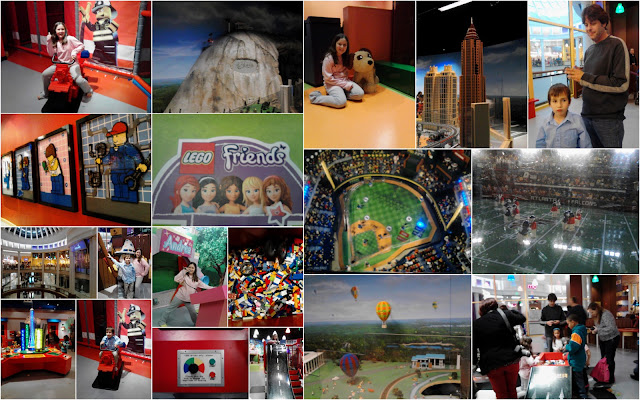 You would think that after all that my kids would be tired and we would just go home, right?

We still had to go to Stone Mountain before we left. Dad and Kim had given us season passes as our Christmas gift! 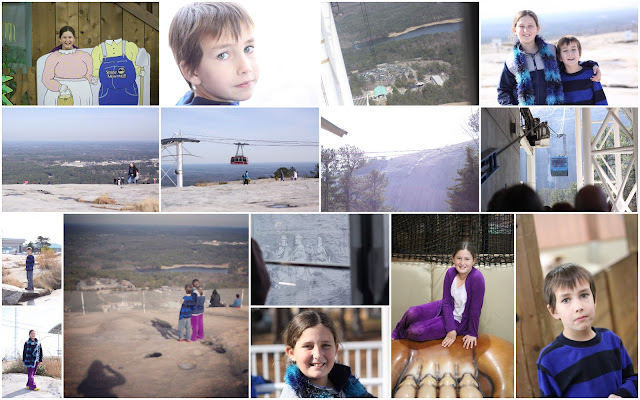 So I really hope my kids don't expect to be entertained like this the next time we go visit my parents!
Email Post
Labels: Tucker