Even though I'm out of those little monthly onesie sticker thingys, I'll probably still try to take photos of Jocelyn around the 26th of each month anyway. As long as she'll let me, at least! I know how it is with toddlers... they totally have better things to do. 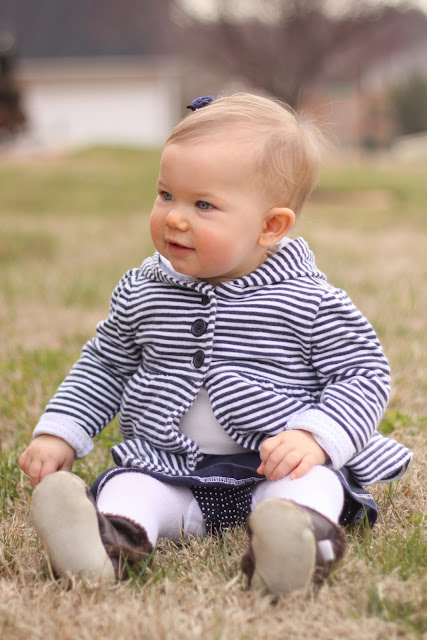 So, Jocelyn is 13 months old and isn't walking yet.

That's not too concerning since its still developmentally appropriate for babies to take until 15 months to take their first steps. 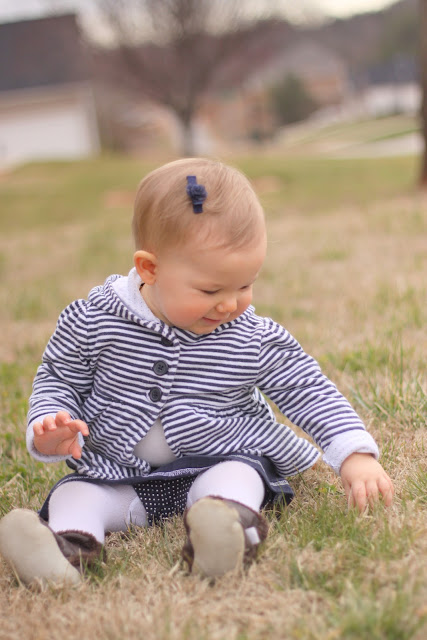 However, not only is she not walking, she isn't standing independently yet, either. Nor is she cruising furniture. Nor is she walking while holding on to our hands. Nor is she even pulling herself up to stand. 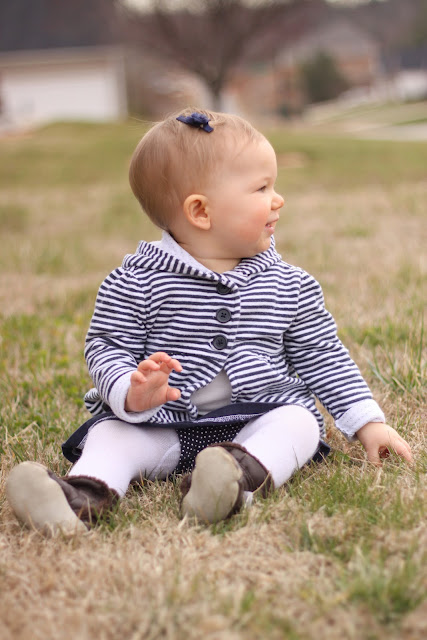 Actually, she still can't bear weight at all on her legs. If you try to get her to stand up, she just collapses. 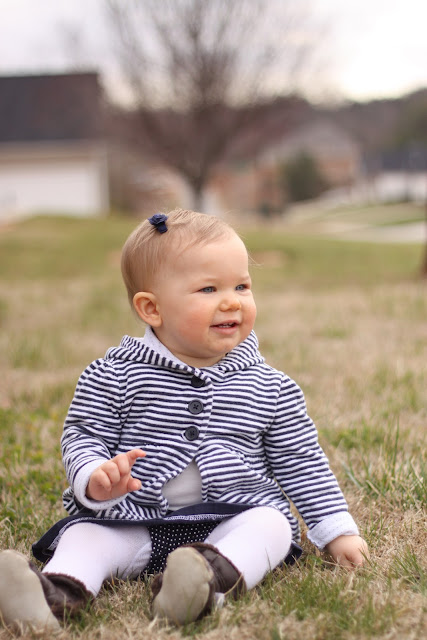 Despite the lack of these milestones being completed, she is either right on target or even ahead of all the other developmental goals in every other area. 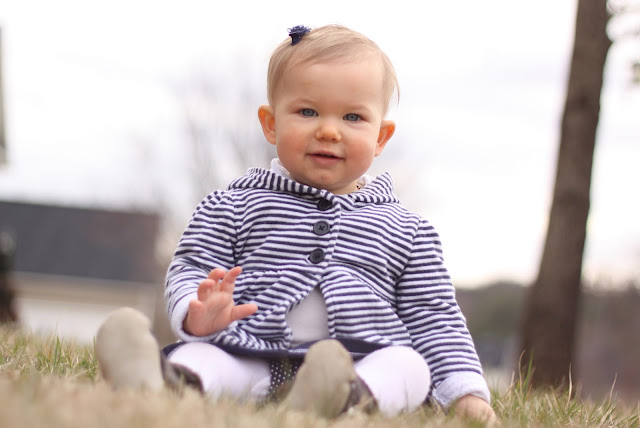 She has even more words now: "Thank you" and "Momma" have finally emerged. I'm kinda partial to the latter word myself :) She also says, "Heeeyy... " in that good old Southern way when she picks up a play phone and puts it to her ear. 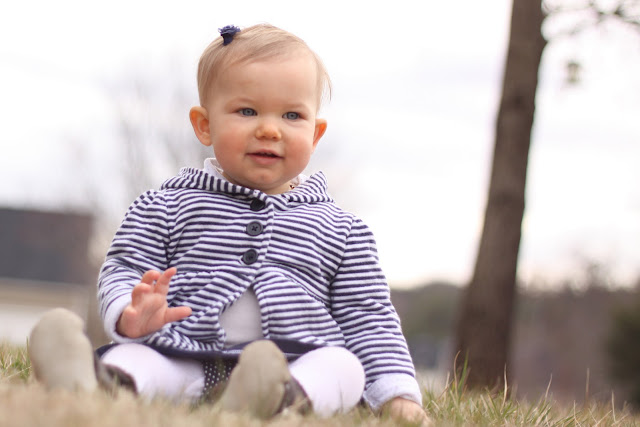 Its not terribly surprising, then, that she didn't qualify for Early Intervention Services through our state's Baby Net program. You have to be pretty delayed in two areas to qualify. Just not walking isn't enough. 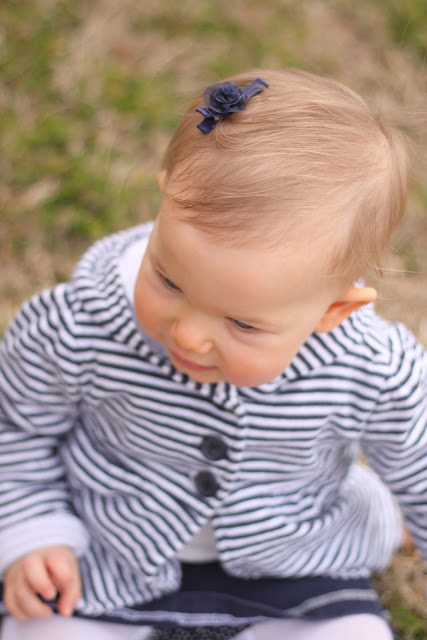 Big brother Jayce has had a series of appointments lately himself. (An update on him coming soon). I casually mentioned to both his Developmental Pediatrician and Pediatric Neurologist that I was concerned about little sister. The neurologist actually performed an unofficial exam on Joce to make sure she didn't have concerns anywhere else. 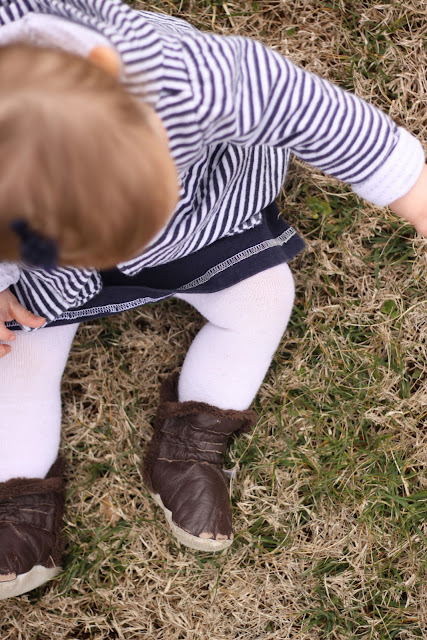 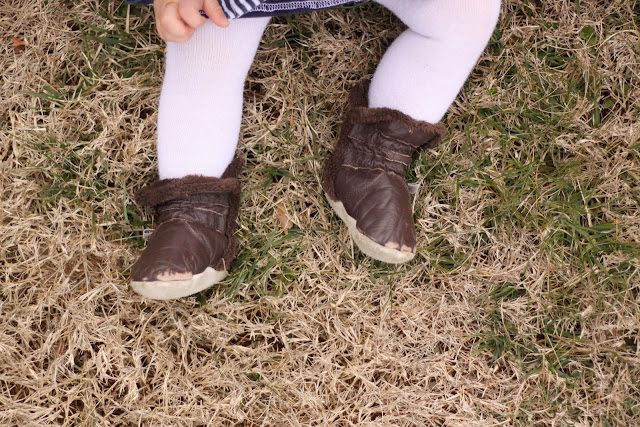 Verdict? What we've suspected all along: Jocelyn has a huge range of motion in her ankles and are extra flexible. This has caused her not to be able to support herself on her ankles. Then that has caused her to have low muscle tone in her legs. 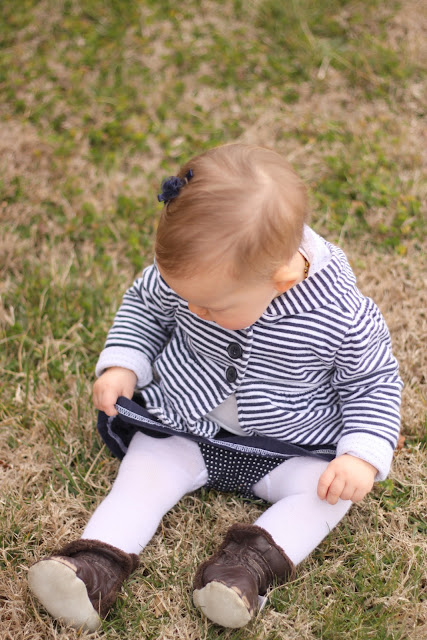 Luckily the fix isn't terrible. Looks like she'll need a little PT and possibly some Sure Step Orthotic braces. This will give her ankles the support and stability they need in order to strengthen those leg muscles. 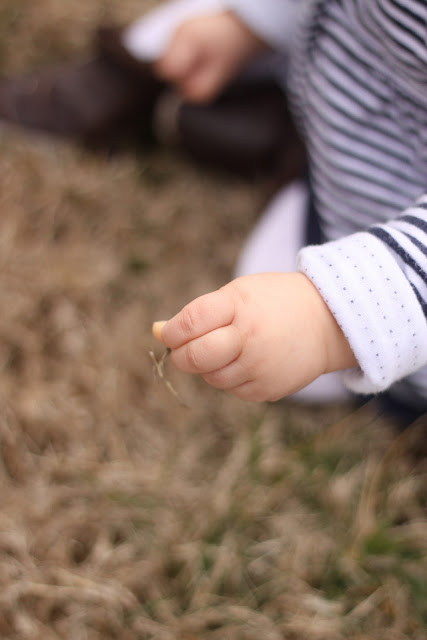 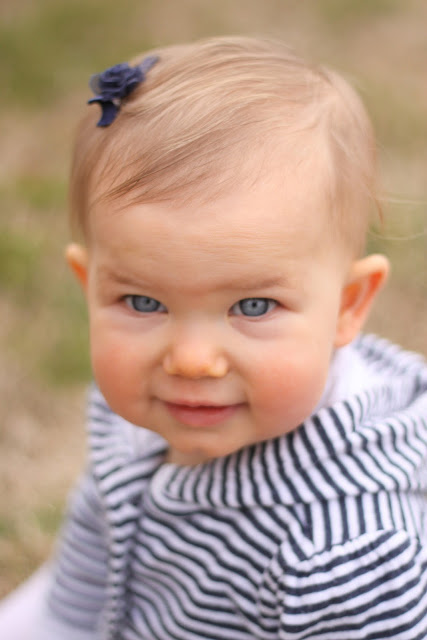 We've got the ball rolling on all this so I'll be keeping everyone updated! 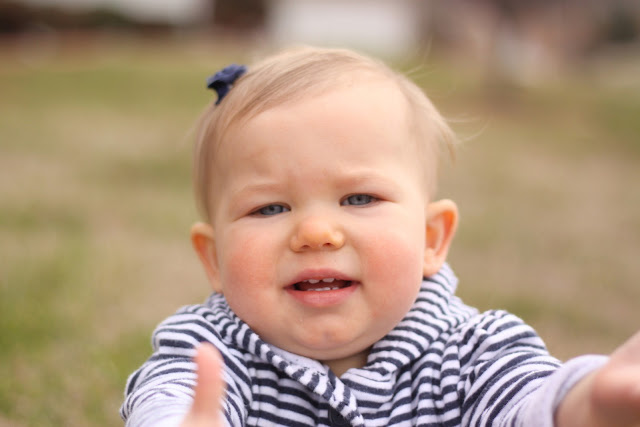 She was thinking, "I'm done with this photoshoot, mom! Pick me up!"
Email Post
Labels: Jocelyn month onesie